Auchan was the first to announce a bonus of 1000 euros for its employees on deck during a health crisis. Carrefour, Intermarché, 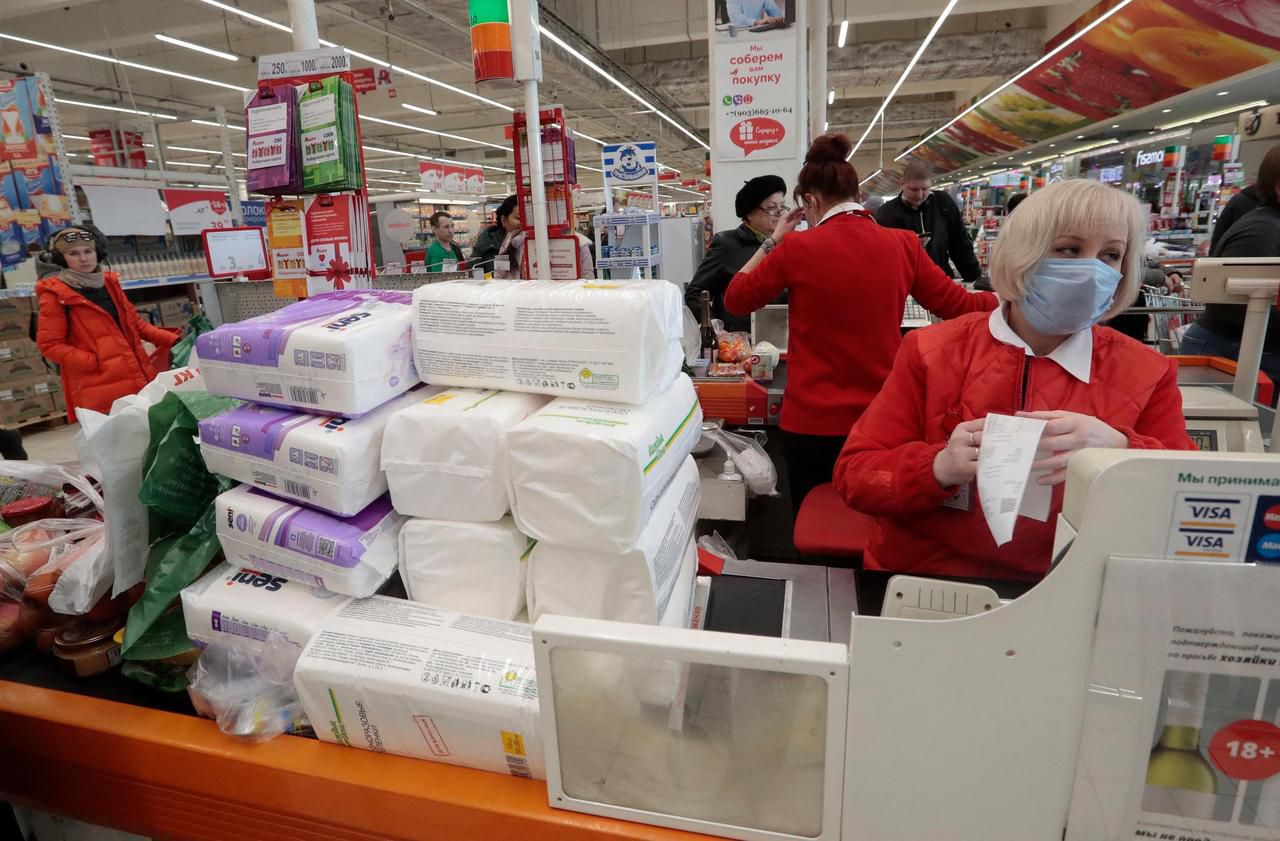 Auchan was the first, on Saturday, to respond favorably to the Minister of the Economy, Bruno Le Maire, who had invited the day before, "all the large companies which have a profit-sharing agreement, in particular in vital sectors such as agro-food or large-scale distribution, to pay a premium of 1,000 euros fully tax exempt to their employees. "

This Monday, Bercy planned to suspend the obligation for the employer to have a profit-sharing agreement within the company in order to be able to pay this boost to employees, in order to maximize the number of beneficiaries.

At Auchan and Chronodrive, "65,000 employees on the bridge, in other words in stores, warehouses, drives or in charge of delivery services", who will receive these 1,000 euros. And several major retailers have followed in the footsteps of the northern brand. This is the case of Carrefour, which is preparing to pay this bonus to more than 85,000 of its “front line” employees.

“During this period, the commitment of our teams in stores, warehouses and in drives is total. It is therefore our duty to recognize the exceptional efforts of our employees, ”explains Jérôme Nanty, the Director of Human Resources (HRD) for the Carrefour group.

Same story at Lidl who, after paying a first bonus of 400 euros in February to its employees, announced on Monday the payment of a "supplement of up to 1,000 euros". The group Les Mousquetaires or Système U have also planned to grant bonuses of 1,000 euros to employees of production and logistics centers and warehouses, while encouraging their members - each store being independent - to also make a gesture.

Thank “the extraordinary commitment of the teams”

Only Leclerc has not yet made its position known while the Casino group "refers to the discussions between Bercy and the profession, that is to say the Federation of Commerce and Distribution (FCD)", indicates the door word of the group.

As a whole, large retailers therefore responded positively to the request from the Minister of the Economy, who had called on companies to make a gesture towards employees "who have the courage to go to the workplace" in the context of the coronavirus epidemic. "We have already been thinking about this for several days with regard to the extraordinary commitment of our teams in the field," says Auchan.

In fact, we recall from distributors, this exceptional compensation is none other than the famous “Macron premium”, created following the crisis of yellow vests. Most of these groups had paid it last year. It had thus been € 200 for Carrefour employees, for example.

"The death bonus", protest the unions

“In 2019, this premium responded to a demand for purchasing power. Today, it is a measure of recognition of a considerable effort on the part of some of our employees ", explains the HR Director of Carrefour, who recognizes that this bonus would not have been renewed this year without the coronavirus crisis . It will only be granted to “front line” employees and not those who can telecommute.

Enough to tell the CGT that this is "the death premium". “We push people to go to the pipe breaker. If you do not have protection, you can die from this disease, insists Amar Lagha, secretary general of the CGT federation of trade and services. When you get € 1,000 a month and you get € 1,000, that's a lot. The employees concerned will say: It does not matter, I take the risk . "We are offered to pay us a coffin at 1,000 euros," adds Gaëtan Couturier, CGT Carrefour delegate in Barentin (Seine-Maritime).

The distributors firmly refute this challenge. Paying this bonus is in no way "recognition of risk taking because, beforehand, all the essential measures to protect our employees have been put in place," assures Jérôme Nanty. It is a way of recognizing the commitment of employees who take transport and are in contact with customers. And it is obviously not the same as those who are confined to their homes. " 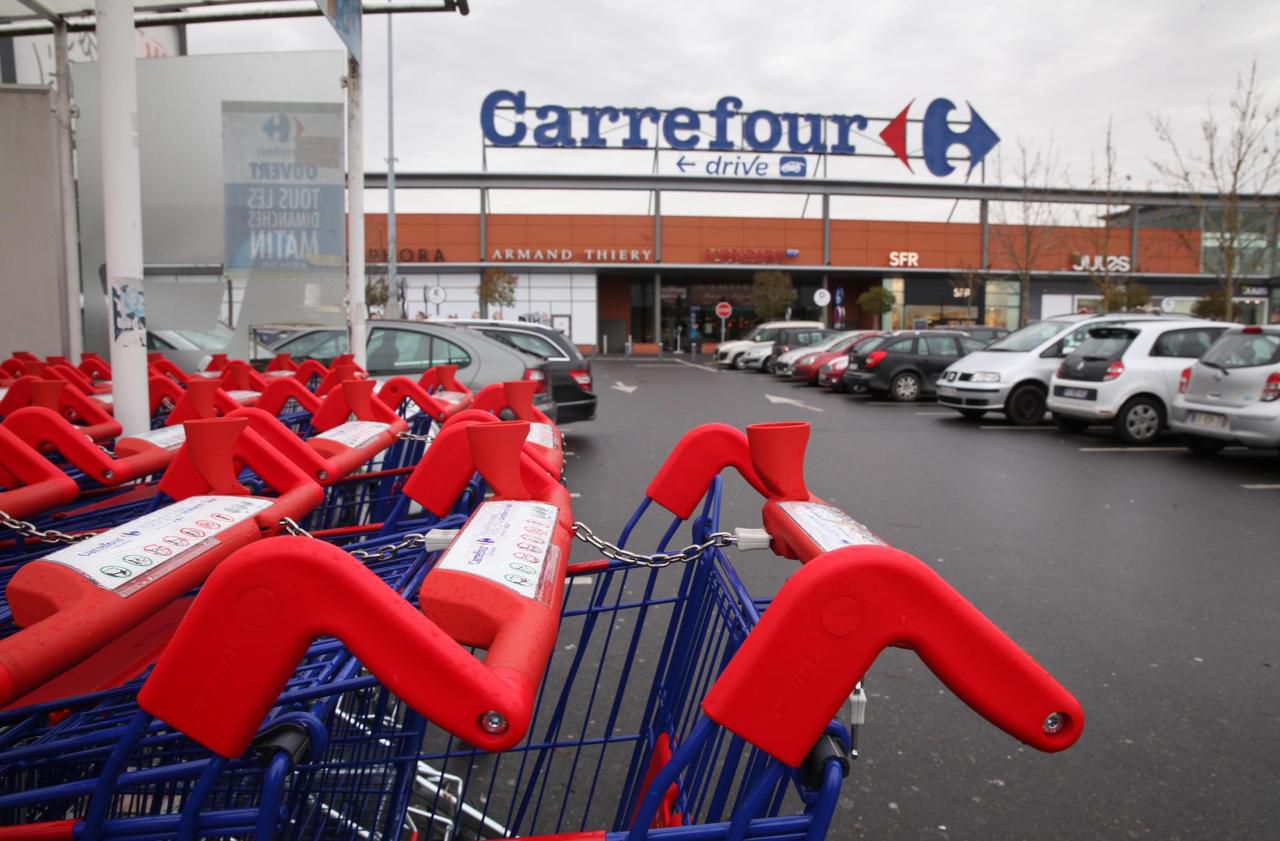 Bonus of 1000 euros: how much will employees in large retailers really get? 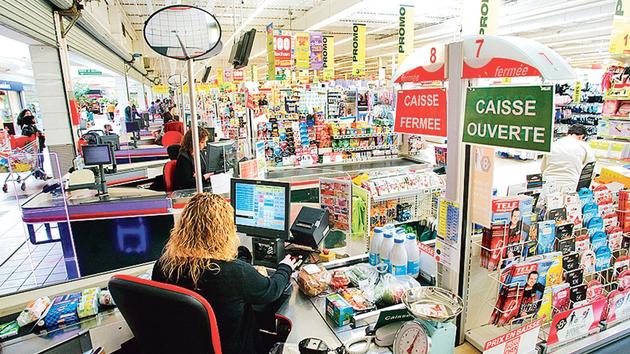 Auchan will pay a bonus of 1,000 euros to its employees 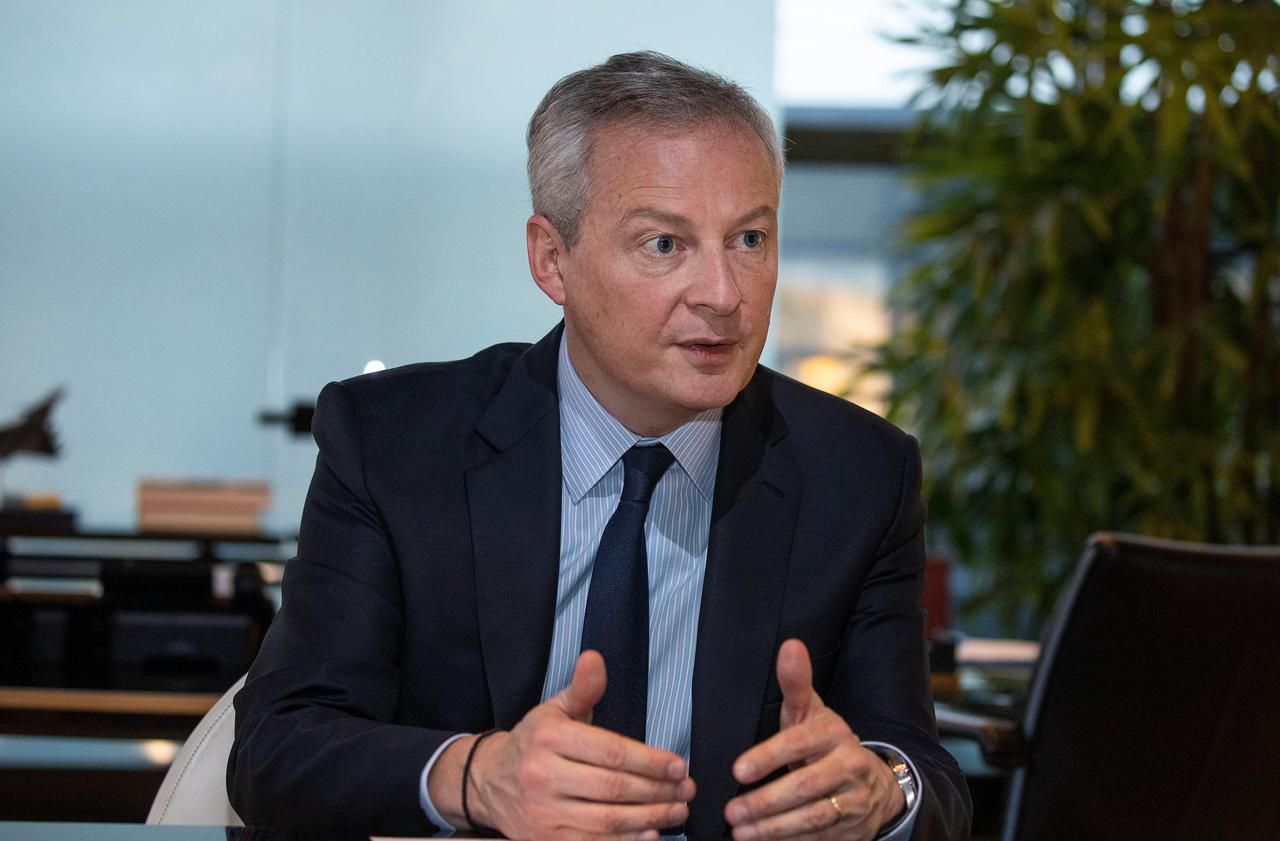 Coronavirus: Bercy to relax the conditions for payment of the 1000 euro bonus 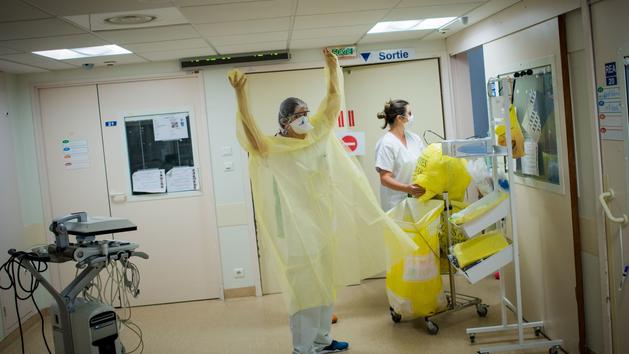 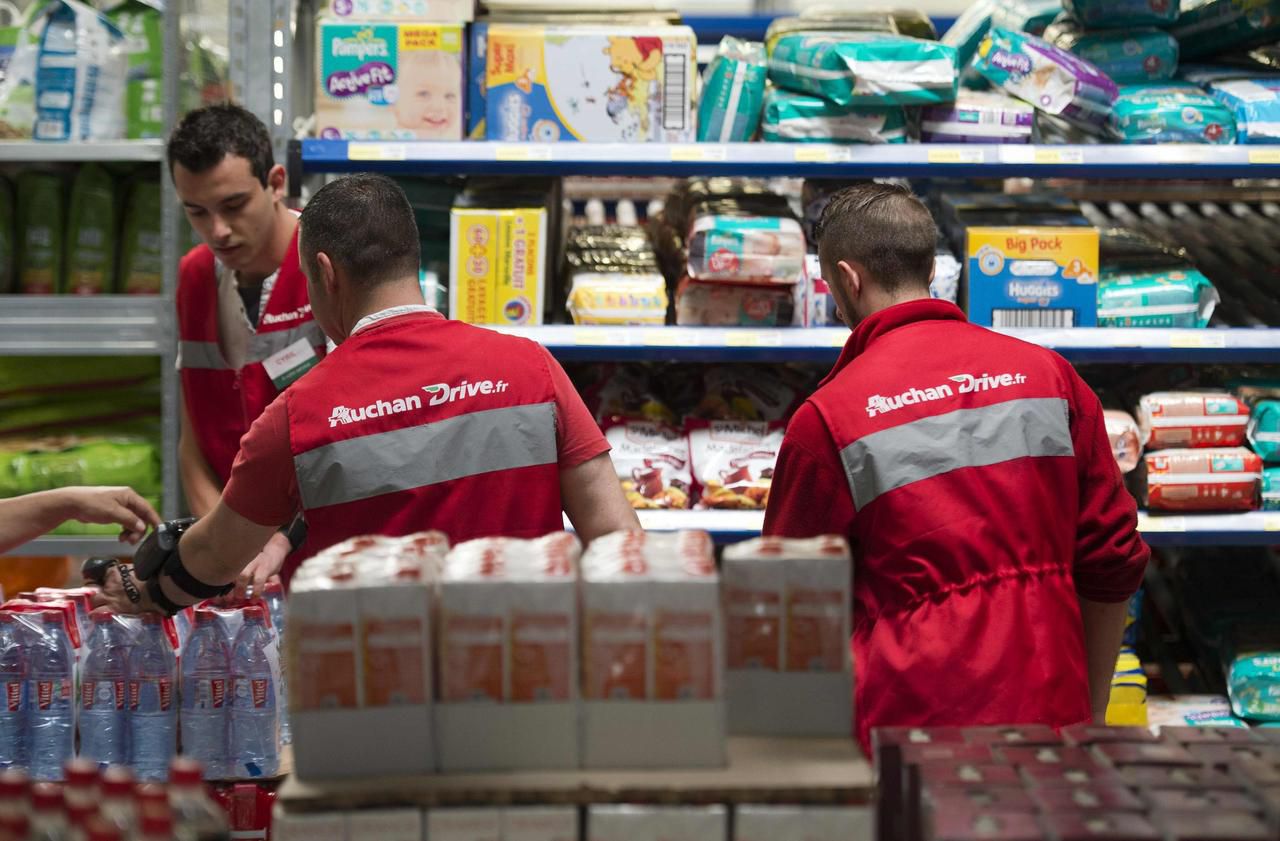 Coronavirus: bonuses of 1,000 euros for employees in large retailers 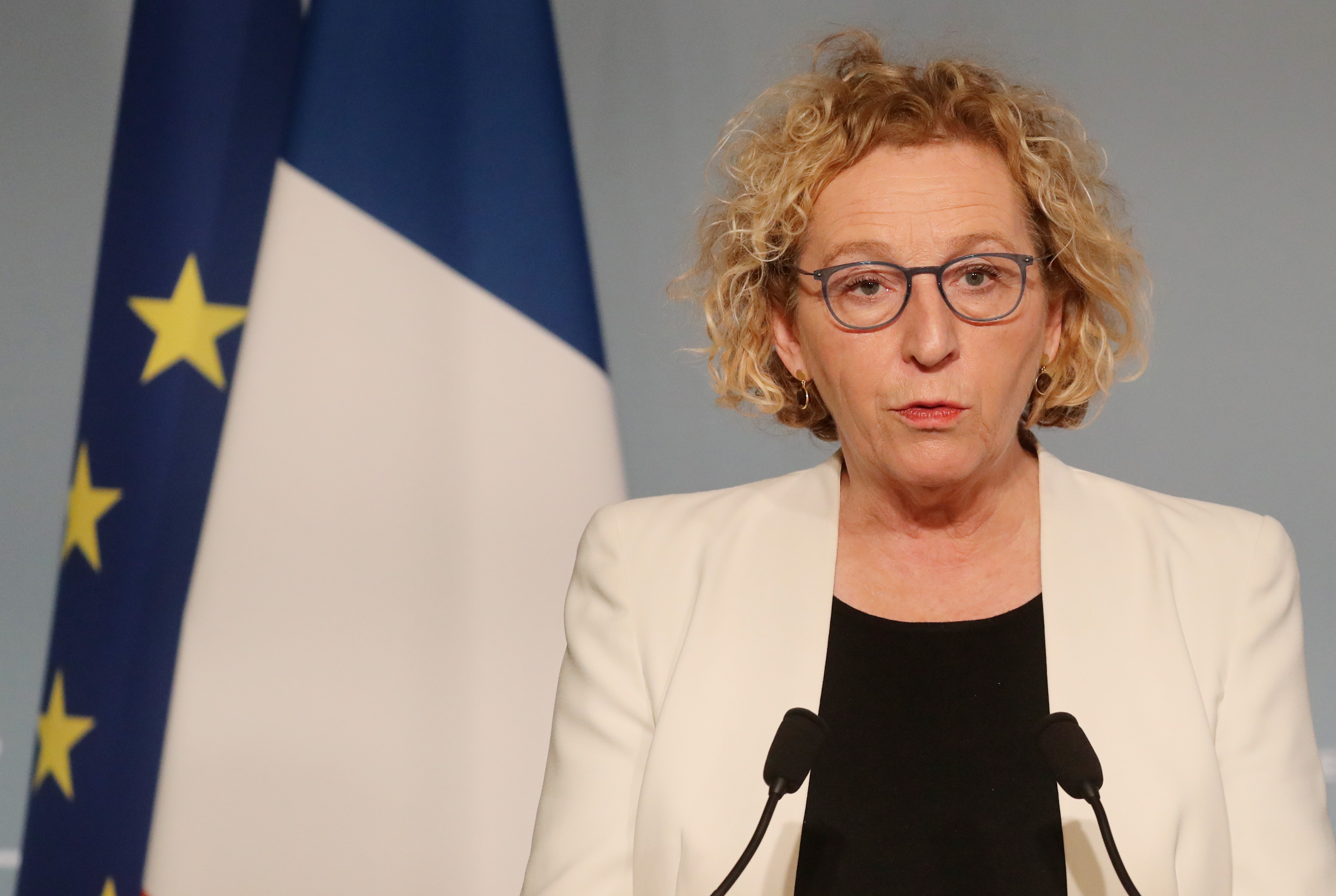 What the 5 New Labor Orders Introduced This Wednesday Contain