The Australians are planning to revolutionize waste management as a way to deal with the economic crisis caused by the corona. What can Israel learn from them?

Recycle the labor market: In Australia improving the environment will help the economy

The Australians are planning to revolutionize waste management as a way to deal with the economic crisis caused by the corona.

What can Israel learn from them?

In the video: How Australia will use the recycling industry to deal with the corona crisis (angle)

Six months into the corona crisis there are many things we still do not know about the plague and its effects.

What we are sure of today is that the crisis that befalls us not only affects health, but also affects society, the economy and affects almost all areas of our lives.

According to the OECD's Employment Lookup 2020 Report published last July, Israel is the second country in the rate of increase in the number of unemployed (including CIS) in the corona crisis between developed countries (the United States is the first).

Of course, unemployment rates soared in other countries around the world.

One of these countries is Australia.

The name of the government has taken various steps to help the residents financially.

One of these steps is to create 10,000 new jobs related to waste recycling in the country.

The idea behind this venture is to seize the opportunity to change the country's waste and recycling industry and how it deals with wasting resources.

"A lot of bodies around the world look at the corona crisis in terms of opportunity. The general perception is that there is a catastrophe here, but there is also a decline and change in the resource consumption patterns of the human population," says Prof. Ofira Ayalon, head of environment and energy at Shmuel Ne'eman. The Technion and the Department of Natural and Environmental Resource Management at the University of Haifa.

"That's why it's worth taking advantage of the crisis and making lemonade out of lemons."

Not just industry: Banks can also save the planet

Stopping the export of waste and finding solutions in the country

As part of the venture, the Australian government announced an investment of A $ 190 million (equivalent to US $ 130 million) in setting up a recycling fund in the country.

A need that arose even before the corona crisis.

The Australians produce about 67 million tons of waste every year, and as in many other countries in the world, a large part of it is sent abroad and mainly to China (as of 2017 about 43 percent of metal waste, 70 percent of plastic and 43 percent of paper and cardboard are processed). However, following the Corona crisis, China and other countries have announced that they are banning the import of foreign waste into their territory.

Therefore, Australia has decided to change its own waste treatment policy. From January 2021, regulations and bans on the export of various types of waste will come into force, until By mid-2024, the Australian recycling industry will be handling an additional 650,000 tonnes of plastic, paper, glass and tire waste each year.According

to Australian authorities, stopping overseas waste exports and changing waste recycling processes in the country will reshape the waste industry, create more jobs and Important materials for the economy.

"One of the conclusions from the Corona crisis is that more significant investment is needed in infrastructure around the world, because we know that the current crisis is small compared to the crisis that will probably be bigger in the future," said Dr. Uri Sharon, the association's vice president. Israel for Ecology and Science

Environment and Lecturer in Law and Policy in the Faculty of Law at Bar Ilan University.

"We understand that at the global and local level we are not prepared for crises at all. Therefore, if we want to emerge from the economic crisis we are in we must make changes that will lead to economic acceleration and increased systemic resilience towards the future."

"We must take an approach in which we produce and implement green rescue plans from the crisis. For example, renewable energy production. In this way we reduce the dangers of the climate crisis, increase the resilience of the system and create immunity, and also create additional jobs for the labor market," Sharon adds.

Climate Revenge: Warming has ruined the livelihoods of coal miners

Round up the economy

The Australian Recycling Foundation's initiative plans to divert more than 10 million tonnes of waste from its regular route to Australia's recycling system - as part of an overall strategy to reduce total landfill waste by 10%, and increase the use of existing resources in Australia from 58% in 2017 to 80 percent by 2030.

"The planned project in Australia deals, among other things, with the implementation of a model of a circular economy," explains Sharon. "In a circular economy, the by-products of one process can be used as components in another process. We can increase system immunity, reduce dependence. External and use the existing resources in it. "

The great potential of the circular economy to create green jobs is recognized and talked about around the world and the EU which has put the issue of economics and green jobs at the heart of its plans to recover from the corona crisis.

The Global Economic Forum's Future Nature and Business Report also identifies the transition to a green economy as a catalyst for $ 10 billion in annual business opportunities, which could create 395 million jobs worldwide by 2030.

"Our approach in the country is slightly different from that of Australians," explains Dr. Arik Rivkin, Director of Food Technology and Circular Economics in the Industrial Administration of the Ministry of Economy and Industry.

"It is not always certain that the more environmental, efficient and economical thing would be to actually take waste and treat it within the country. In the case of Australia, for example, it might actually be more appropriate to transport some waste to New Zealand for recycling, for example, and treat other New Zealand waste within Australia. ".

"We try to help the market find the most economical and environmental solutions. That is, we try to understand why companies do not implement a circular economy, because if it is economic they should implement and this is where the process begins. Based on feedback from the field, we set ourselves the goal of exposing industry in Israel. To the environmental and economic benefits of a circular economy, ”says Rybkin.

"Israel does not have enough knowledge on this issue, and we hope that the accessibility of circular practices combined with the removal of regulatory barriers will allow the Israeli market to reach its full potential."

It is no longer possible to simply export the garbage (Photo: shutterstock)

"The Packaging Law in Israel can be an example of a circular economy," says Rani Eidler, CEO of Tamir Packaging Recycling Corporation. "From the packaging production stage, separation and sorting of packaging at the resident's home, suitable infrastructure for collecting packaging waste, sorting and recycling and back to the beginning For optimal sorting and recycling.

The purpose of the law to reduce the amount of waste generated from packaging, to prevent the burial of waste and encourage recycling of packaging instead of transferring them to landfills. "

" The law imposes a responsibility first and foremost on manufacturers and importers in Israel, to recycle 60% of the packages manufactured by a recognized body, "adds Aiidlr.

Manufacturers and importers are obliged to call Contract with Tamir, as a recognized body recognized by the Ministry of Environmental Protection, to submit a detailed periodic report on the amount of packaging sold, and pay Tamir treatment fees for the packaging. "The treatment fees are used to finance the entire packaging process, which includes recycling bins, packaging waste collection system In the last five years, we have transferred about half a billion shekels to the authorities to finance the process, "explains Eidler." After the packages are collected, they are transferred to sorting stations, sorted into various materials and moved to recycling plants in Israel that produce new products, such as recycled plastic.

A lawsuit for investor fraud will solve the climate crisis?

So recycling will solve the economic crisis?

"One thing that is important to emphasize is that there is no one solution. Promoting the recycling industry in Israel is important, but it does not have the ability to solve all the problems," says Elon.

"Only through a mix of solutions containing a set of tools that can be used, consistent policies and the right incentives can we reach significant goals and change. The point is to create opportunities and especially to create better employment and industries environmentally and more efficiently in terms of performance."

"The challenge in creating a functioning circular economy is to change the linear method in which we work today," Sharon adds.

"Every company deals on its own and there are no connections. It is difficult because our economic infrastructure is not built this way, and very deep changes are needed in the market structure, players and regulation. We understand that we are at a point where downsizing will no longer stop the problem, prevent the next crisis and help us out. "From the current crisis. Therefore, we must invest in initiatives that will yield a high return and allow us to cover the pit." 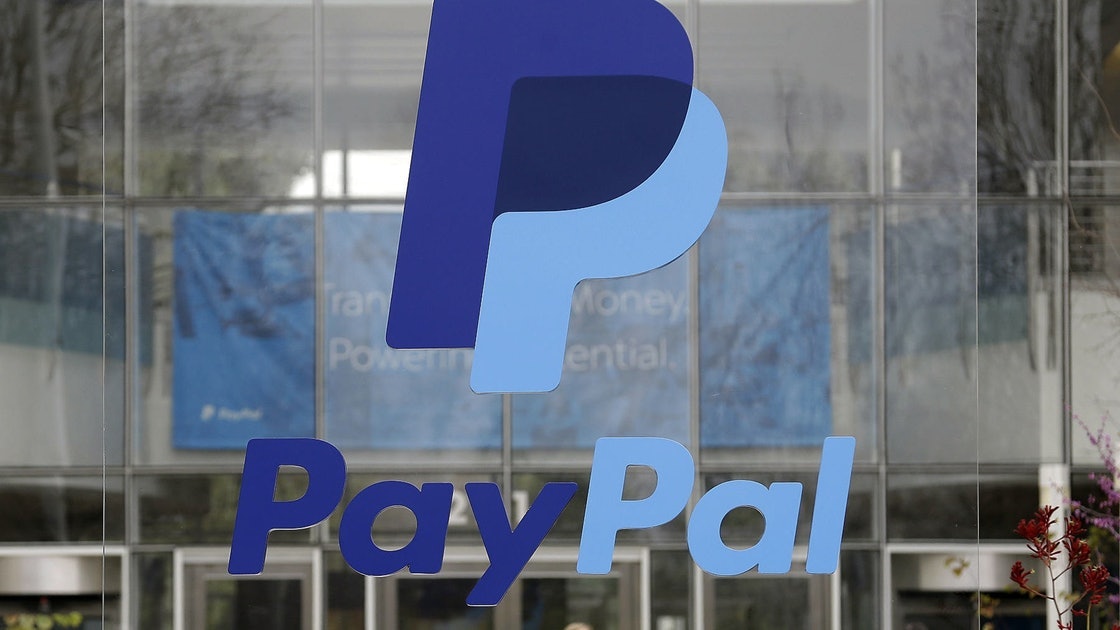 PayPal: 61% of companies expect business to return to pre-epidemic levels before the end of the year

The labor market has changed. What will it look like in 2021? - Walla! Business 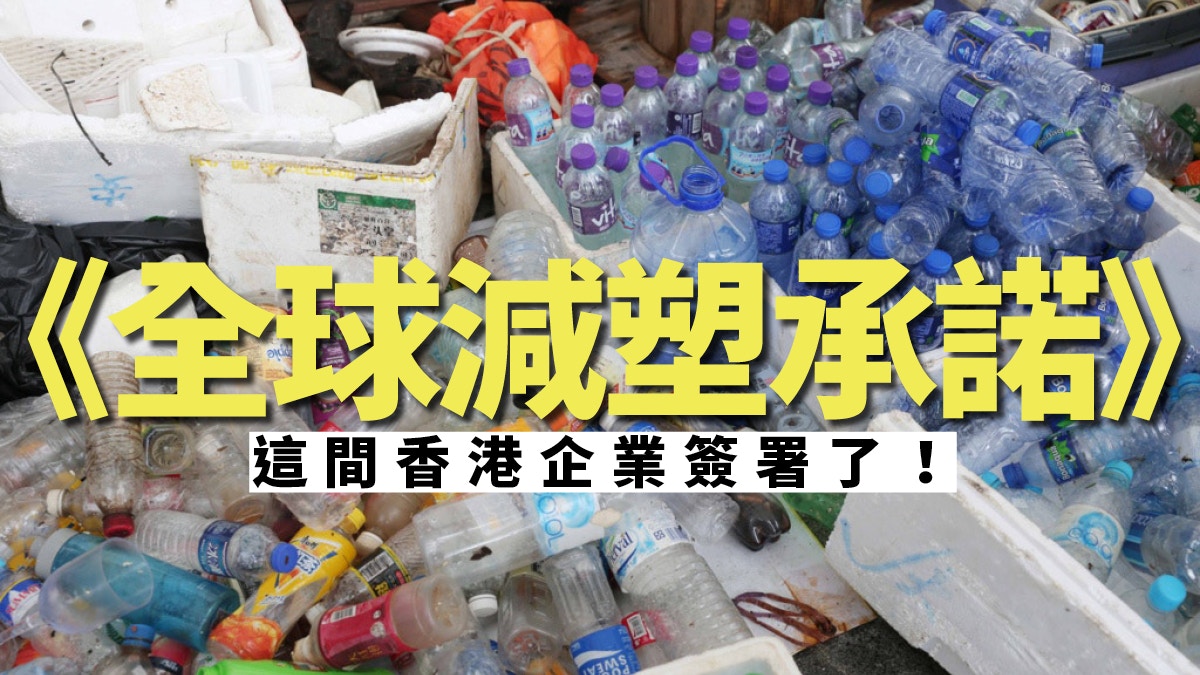 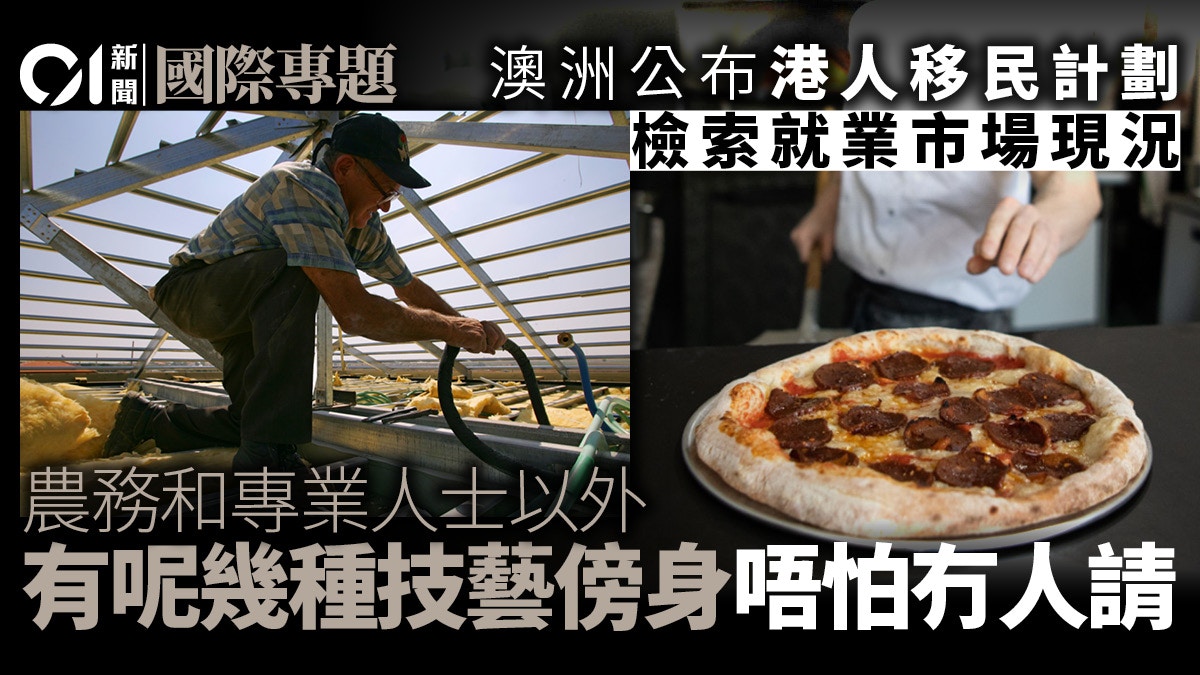 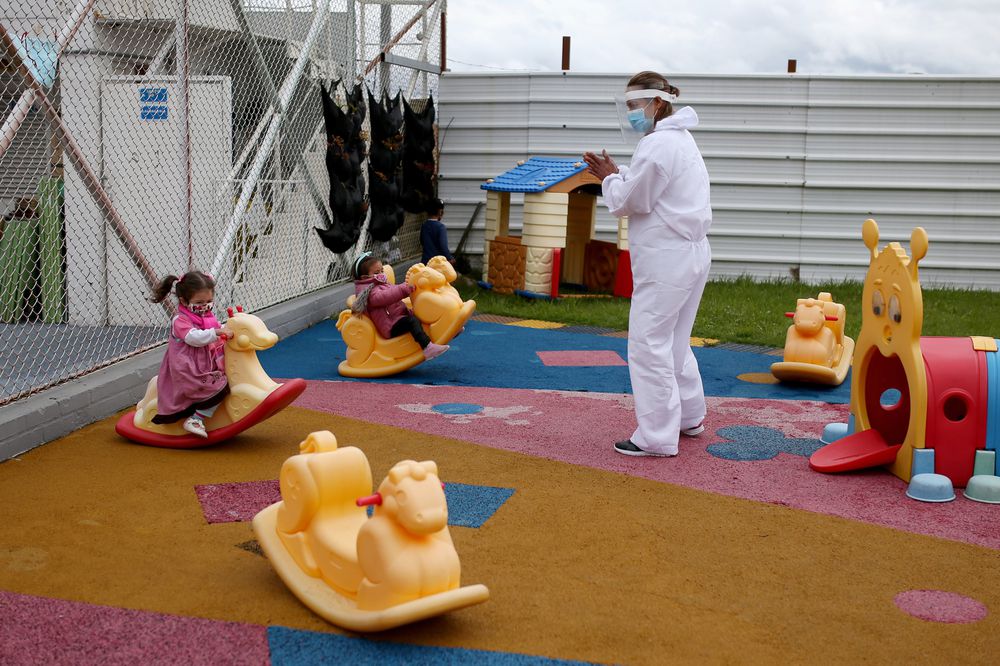 Creating more and better jobs, the challenge of the hour in Latin America and the Caribbean

The future success of our society depends on these people 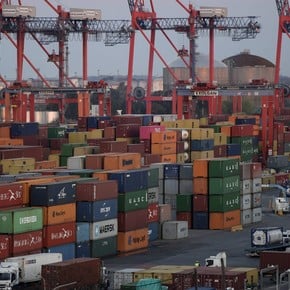 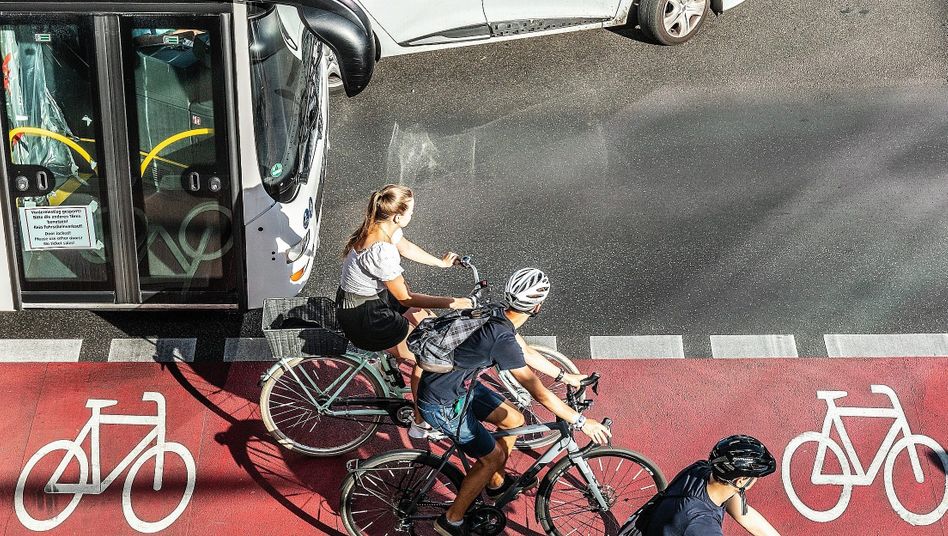 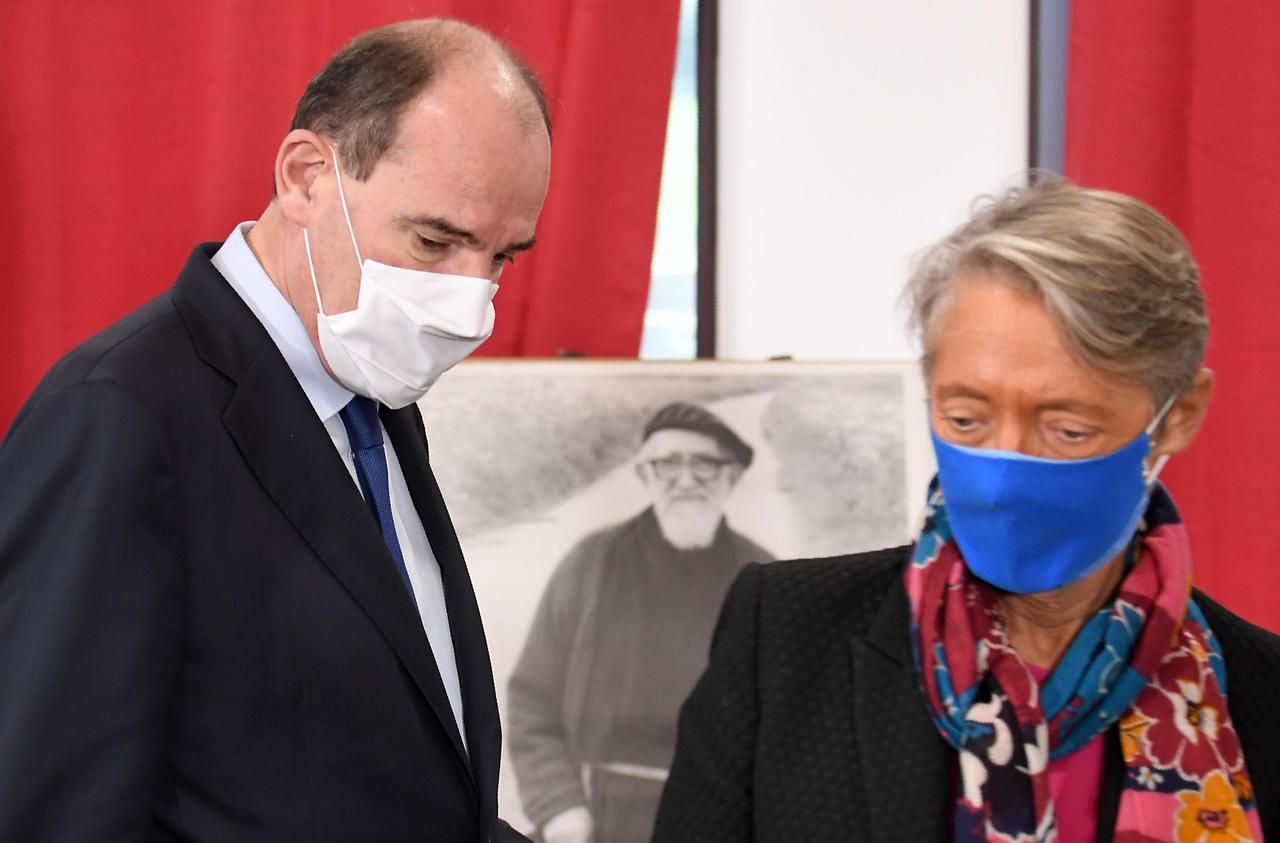 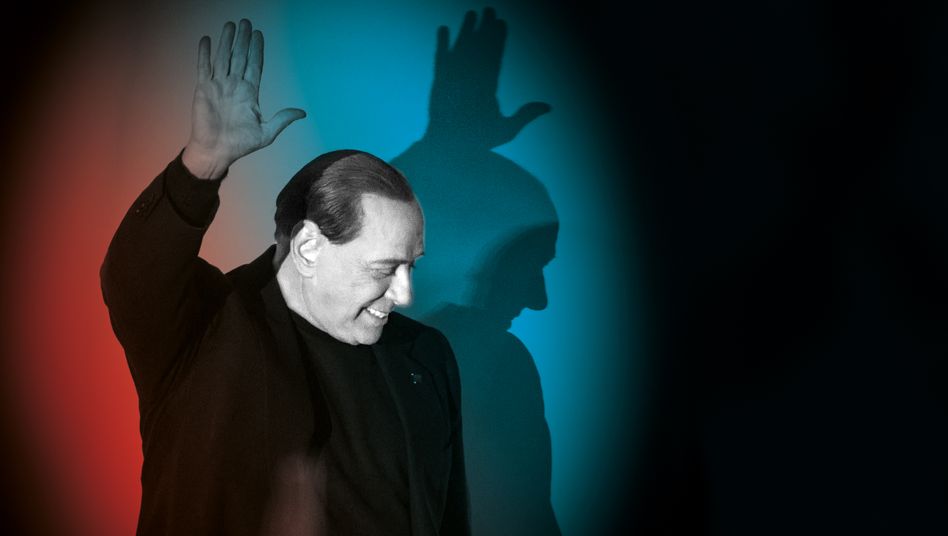