In his Gegen-Merz application, Armin Laschet claims that a lot has to be »rethought« - and yet gets lost in old phrases. What it really takes so that Germany is not left behind. 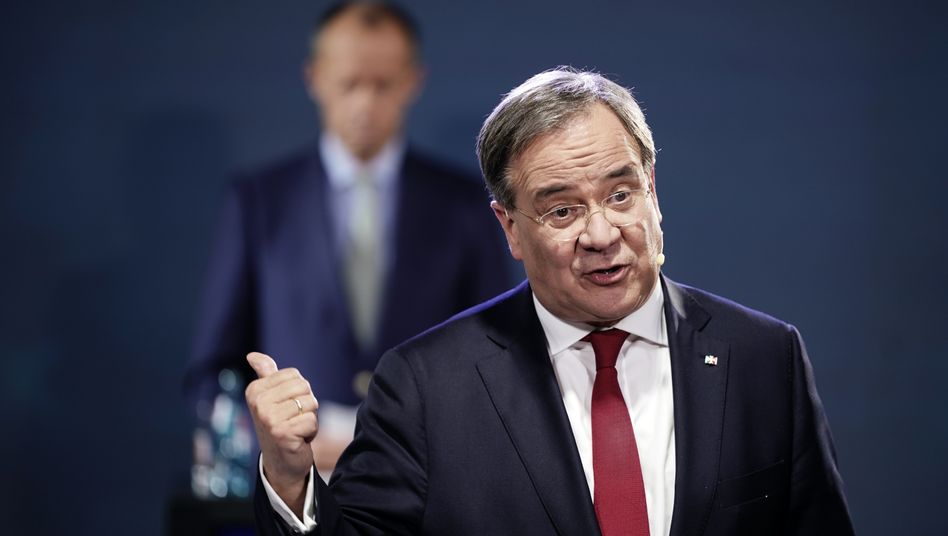 This column is often about Friedrich Merz and such.

You have to deal with what people are up to in terms of content who could soon become Angela Merkel.

Especially since it will be decided in a few weeks who will chair the party.

One of the candidates has just explained in detail in the "Frankfurter Allgemeine Zeitung" what he and his team partner Jens Spahn stand for.

In it Armin Laschet described quite impressively everything that needs to be "rethought" in the country.

Except that what comes next doesn't seem so brand new.

Laschet writes that the corona crisis is relentlessly revealing how great the challenges are.

Whether the "rise of China" and the "associated tectonic geopolitical shifts" - wow.

Or “climate change” and the need for a “fundamental transformation of our economic lifelines” - a bit weird, but it cracks.

Up to the fact that globalization and digitization are not only great, but also “bring us closer to the principle of disruption” (he could have formulated it a little more closely).

In addition, Germany has invested far too little in recent years.

Born in 1965, has headed the WirtschaftsWunder internet portal since 2007.

That in turn leads to the big task of the CDU, "once again" to enable a "future without social upheaval," said Laschet.

So that does not happen what happened in the so-called American Rust Belt or in the northern English cities that voted for Trump or Brexit four years ago - as a reaction to the fact that the industrial decline was not accompanied there in a more humane way.

And none of this will succeed "with stale rituals" and "always the same sentence modules from the party-political phrase-thrashing machine";

or with "a transfigured nostalgic look at yesterday's world".

And indeed comes close to what is being discussed in specialist circles today.

Wouldn't one or the other follow in Laschet's application letter, which - to put it mildly - doesn't seem to keep up with the claim.

More than ever, “our family businesses” need “better framework conditions”.

And companies "freedom", but "no state carers".

In order to invest more in future technologies, you need, of course, "faster planning and fewer requirements".

And what about climate change?

That does not go "by ordinance or law".

Oh, and those who only think about higher taxes, on the other hand, reveal an "anti-business attitude".

I don't know about you, I feel like I've heard this at some point.

But it must have been a while.

If this is not a thrashing of phrases from the long epoch between Thatcherism and the German Agenda 2010, what then?

One read that for at least three decades in every commercially available conservative-liberal organ, in between even with Red-Green.

Of course, it is always good to cut red tape and speed up planning processes.

What this is supposed to help against Chinese state competition or climate change is just as puzzling as the anti-statist reflexes from the 1990s.

If the past few years have shown anything, it is more likely that it is fatal to only rely on entrepreneurs for all problems.

In all experience, tackling climate change is only possible to a very limited extent using market-based incentives.

Because markets are usually overwhelmed with such long transformations and major upheavals.

Which several studies have shown.

First of all, public decisions are needed - and a lot of government investment, for example in charging networks.

And how are said "disruptions" to be dealt with "without government carers"?

If the examples of the Rust Belt and cities in northern England cited by Laschet show what happens when the dogma of the supposedly self-regulating market, as in the USA and Great Britain from the 1980s onwards, is driven to excess.

It is no coincidence that populism has raged most impressively there in recent years.

Saving so that the "young generation" is doing well?

That doesn't fit together any more than the diagnosis that we have invested too little over the years, with the eulogy of how good it was to have balanced state budgets in Germany over the years - and now to return to them very quickly.

If one has something to do with the other, quite obviously.

The »black zero« was only possible because far too little money was invested publicly over the years - in schools, roads, rails, and more active expansion of charging and digital networks.

The problem has not gone, but has gotten bigger by saving.

In retrospect, you can't complain about one thing - and praise the other.

It is downright negligent to pass off the dogma that “consolidation” will soon have to take place again - where the pandemic is not even over and the problems mentioned have not been resolved, as shown by underserved schools in the pandemic.

The not so completely new romanticizing about the fact that we have to save for the »young generation« - and otherwise it would be at the expense of them - doesn't help.

Perhaps it would now be much better for the younger generation to invest a lot of money in climate protection and digital equipment instead of balancing out Swabian budgets.

Because otherwise we will save at the expense of their future.

All of this seems old rather than new.

The challenges today are quite different from the times when the reduction of bureaucracy, privatization and deregulation were still considered a panacea - and so are the experiences that have been made in the meantime with such phrase politics.

This is exactly where the big task lies: to find a new and better mix of what must be jointly decided and democratically supported, for example when it comes to the future infrastructure for electric and other mobility, and what private investors can do better, namely when it comes to implementation in detail.

It is no coincidence that the momentum has finally emerged recently with regard to the turn to electromobility.

In all likelihood, that would still not be the case if the government did not push ahead with investments and proper incentives.

Otherwise the dear car bosses would possibly go round and round for years - or be left behind by the Chinese, Elon Musk and others.

What needs to be explored is not whether it is about more or less bureaucracy per se;

and more or less state.

It's about a better one, as the American-Italian scientist Mariana Mazzucato explains.

It takes more than bureaucracy bashing

Anyone who wants to intercept future upheavals caused by globalization or technology shocks needs more than bureaucracy bashing.

In the previous regions of the old auto industry, for example, it will also be a question of how politicians, trade unions, entrepreneurs, employment agencies and other participants work together to create new perspectives and actively recruit new industries.

So that it doesn't happen what happened in the Rust Belt when entire industries simply collapsed due to sudden Chinese competition and cities like Detroit went bankrupt.

And anyone who wants to reduce CO₂ emissions as soon as possible simply has to invest a lot more public money, for example in the said charging networks - so that more consumers can buy clean cars - and the corporations can then calculate better and produce more cheaply.

None of this will go with old slogans from the market-liberal bag of tricks.

Otherwise some of these problems would not have existed at all.

If Armin Laschet and partners really want to turn the CDU into a party in which there is a "future without social upheaval", new answers are really needed.

And then it doesn't help to promise that the state will soon stop taking out new loans.

Then it would be better to first solve the tasks without which there will soon be the next crises - and then see how much money you have to raise.

In his application, Laschet wrote that he wanted to give »space for new ideas and open debates«. 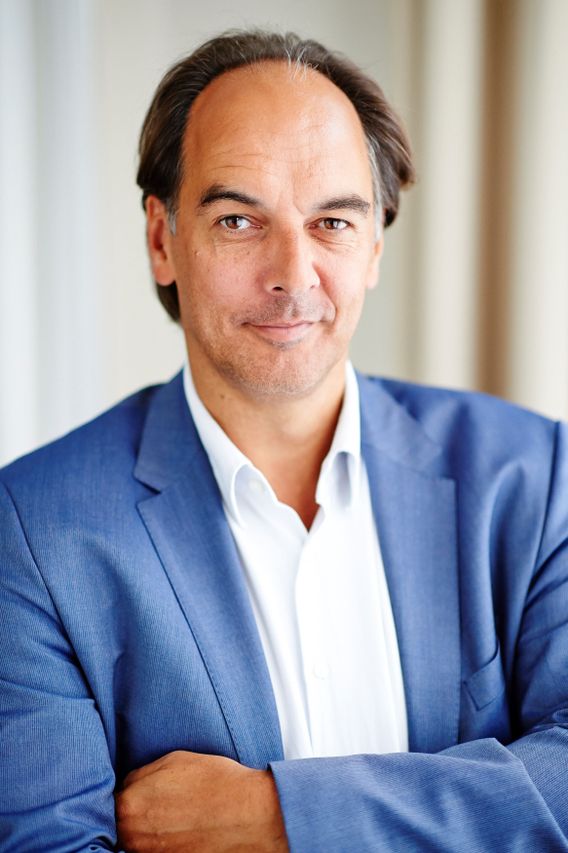 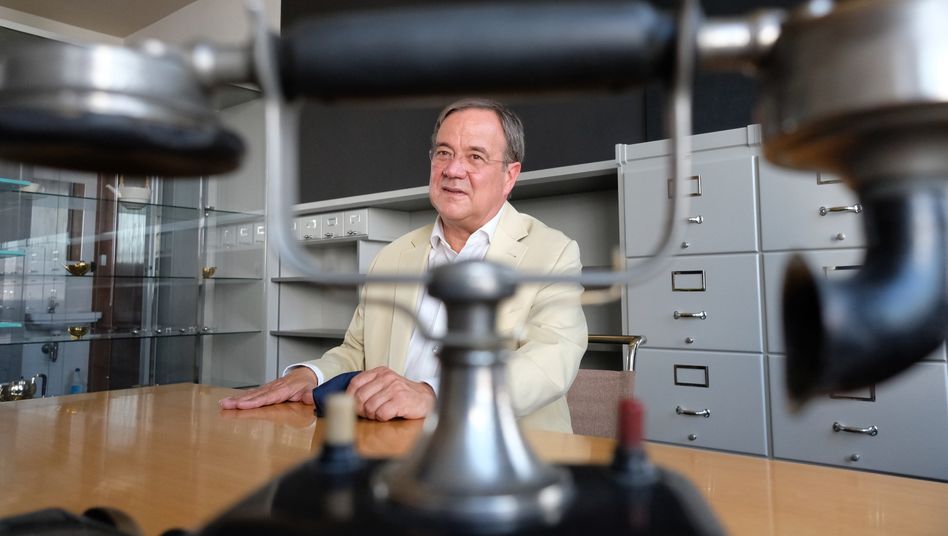 Armin Laschet on the road in East Germany: "You can't get more Wessi"

Joe and Armin Laschet: the Laschet son and the corona masks 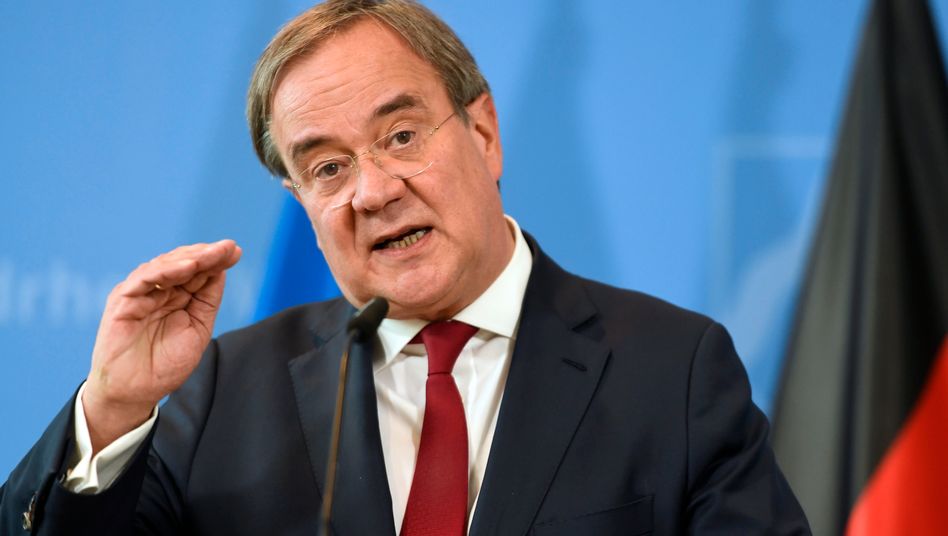 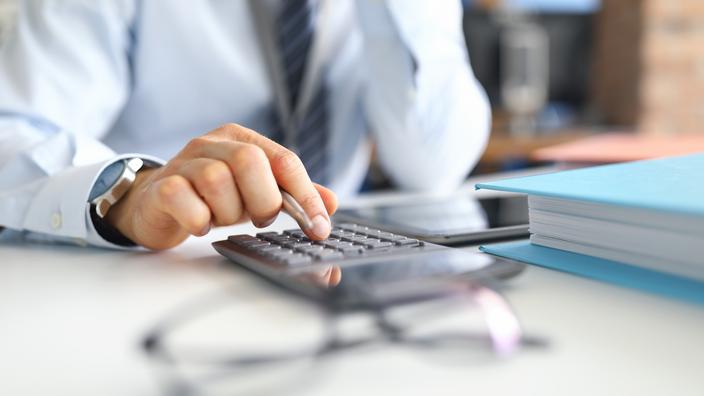 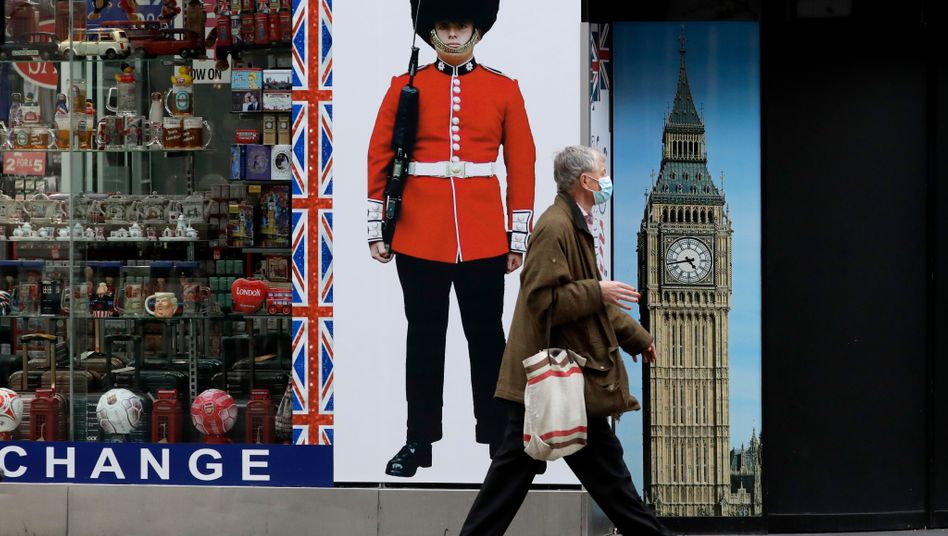 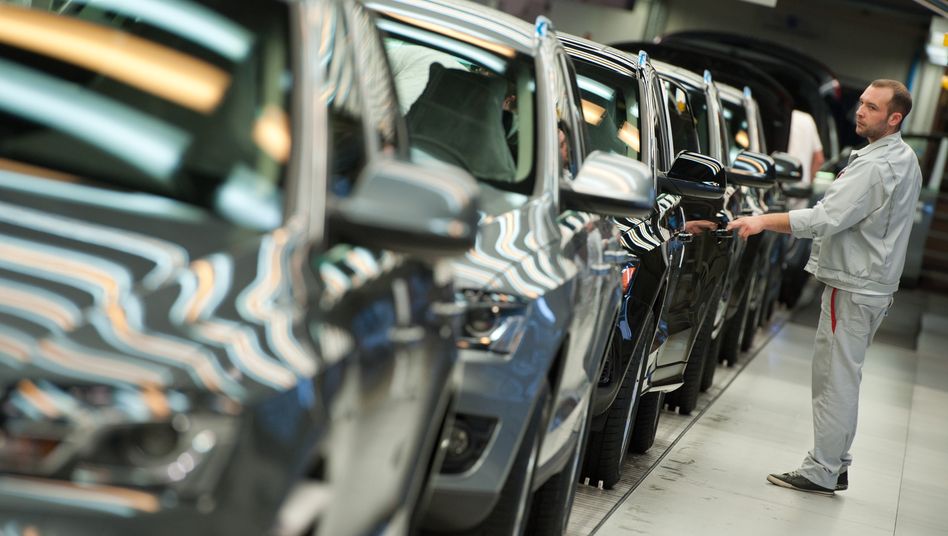 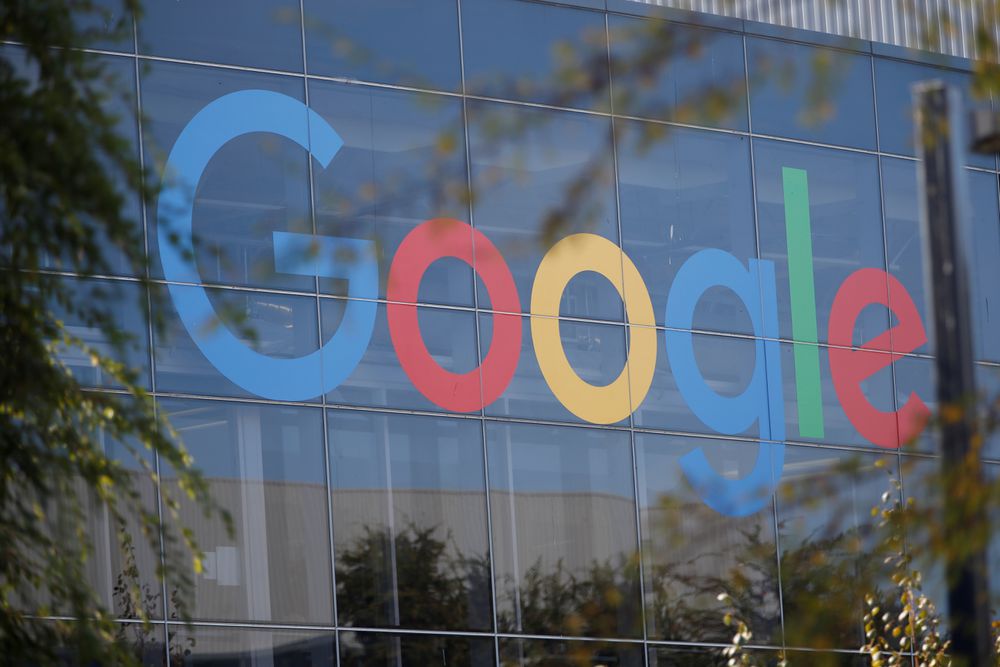 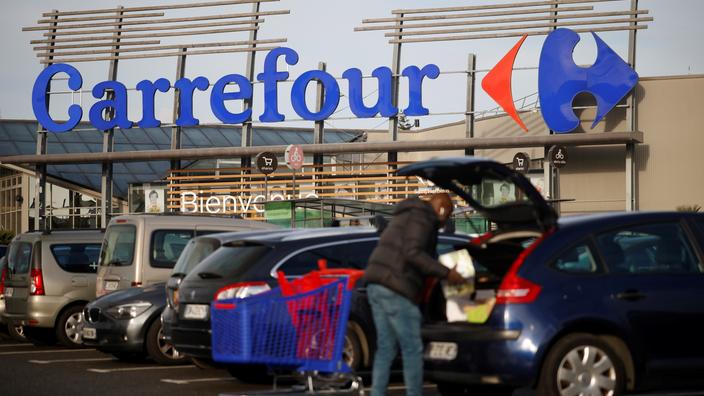 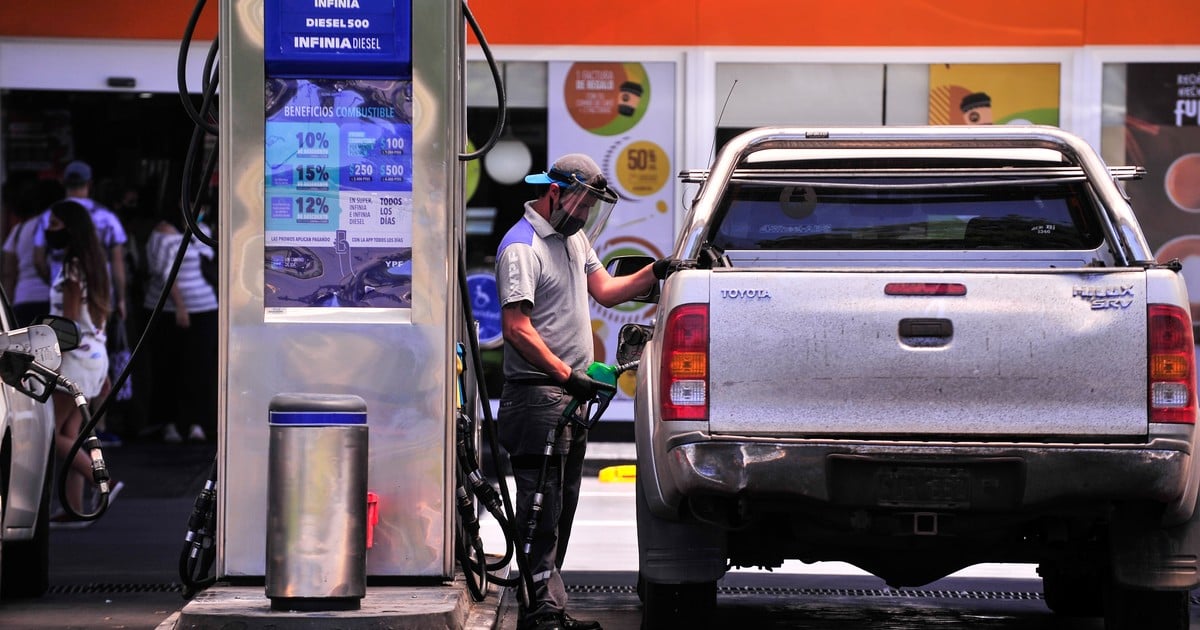 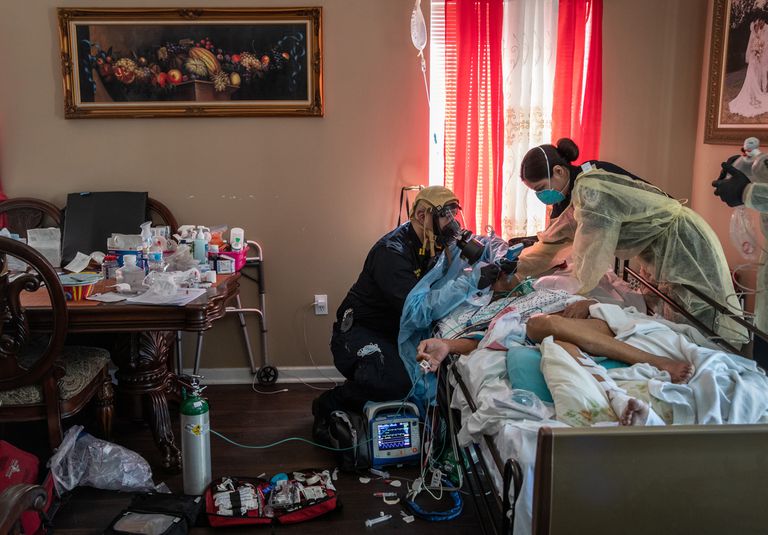 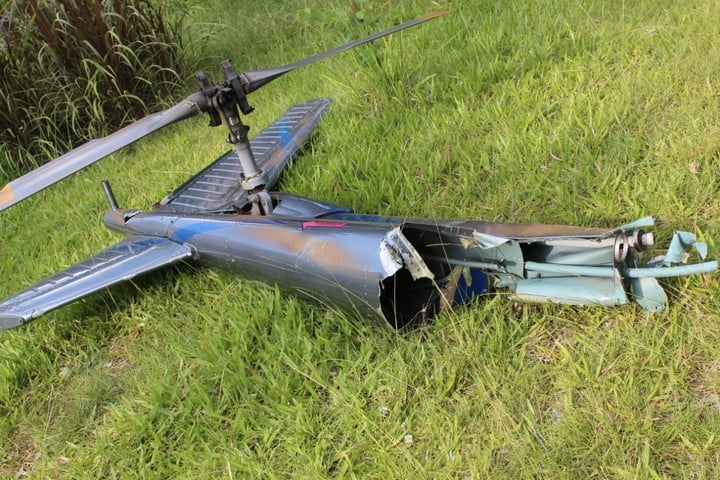 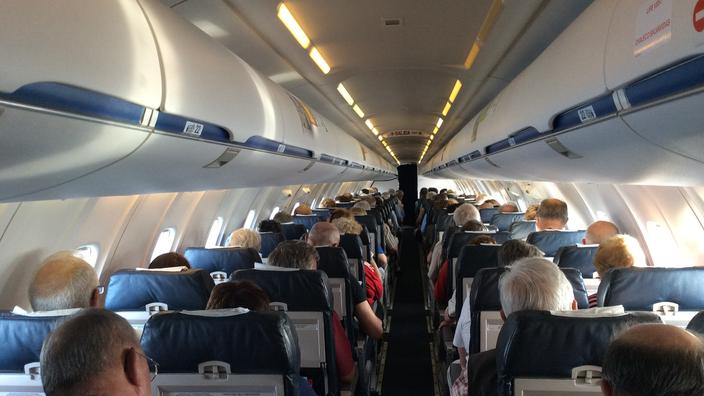 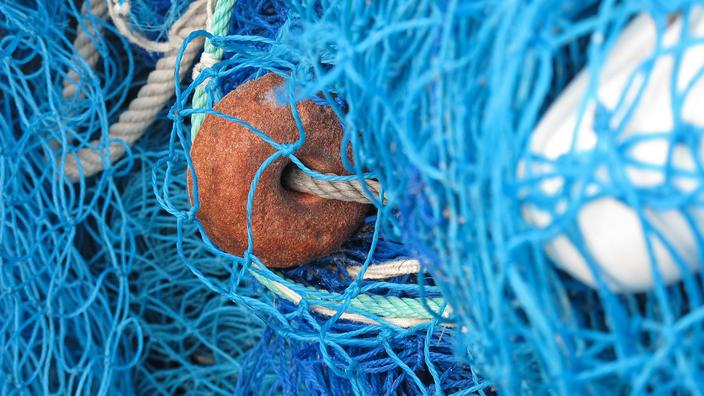 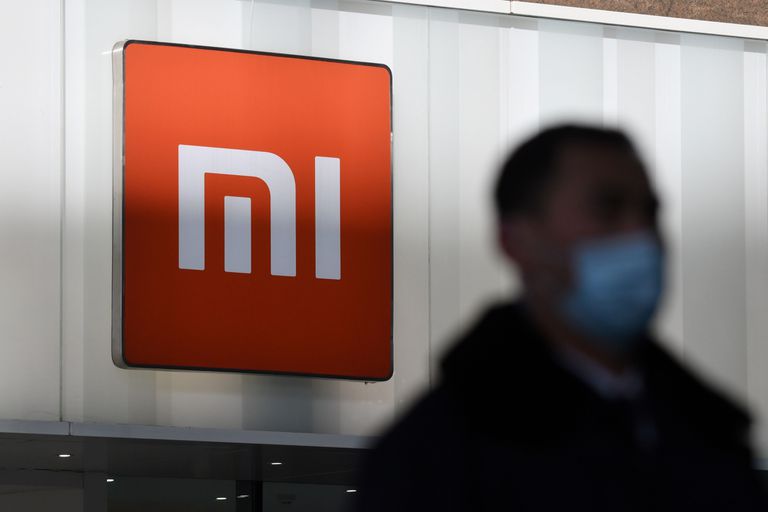 Complaints from airlines about a rate increase that will make international tickets more expensive
2021-01-15T21:35:23.916Z 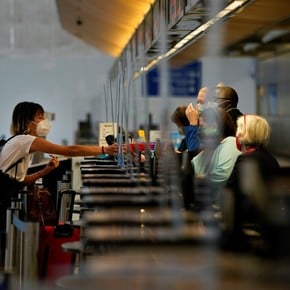 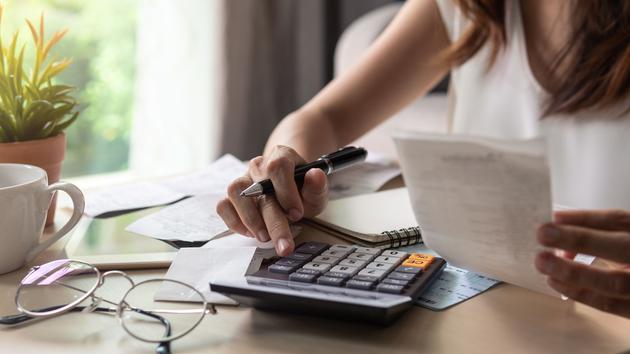 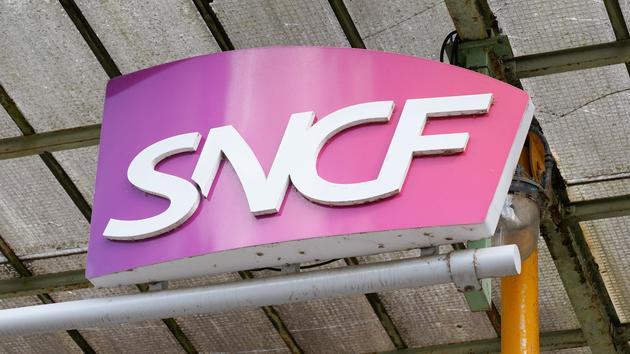