Deconfinement: what you can do (or not) from May 11

From May 11, it will again be possible to move without a certificate, go to the market, or even take public transport. 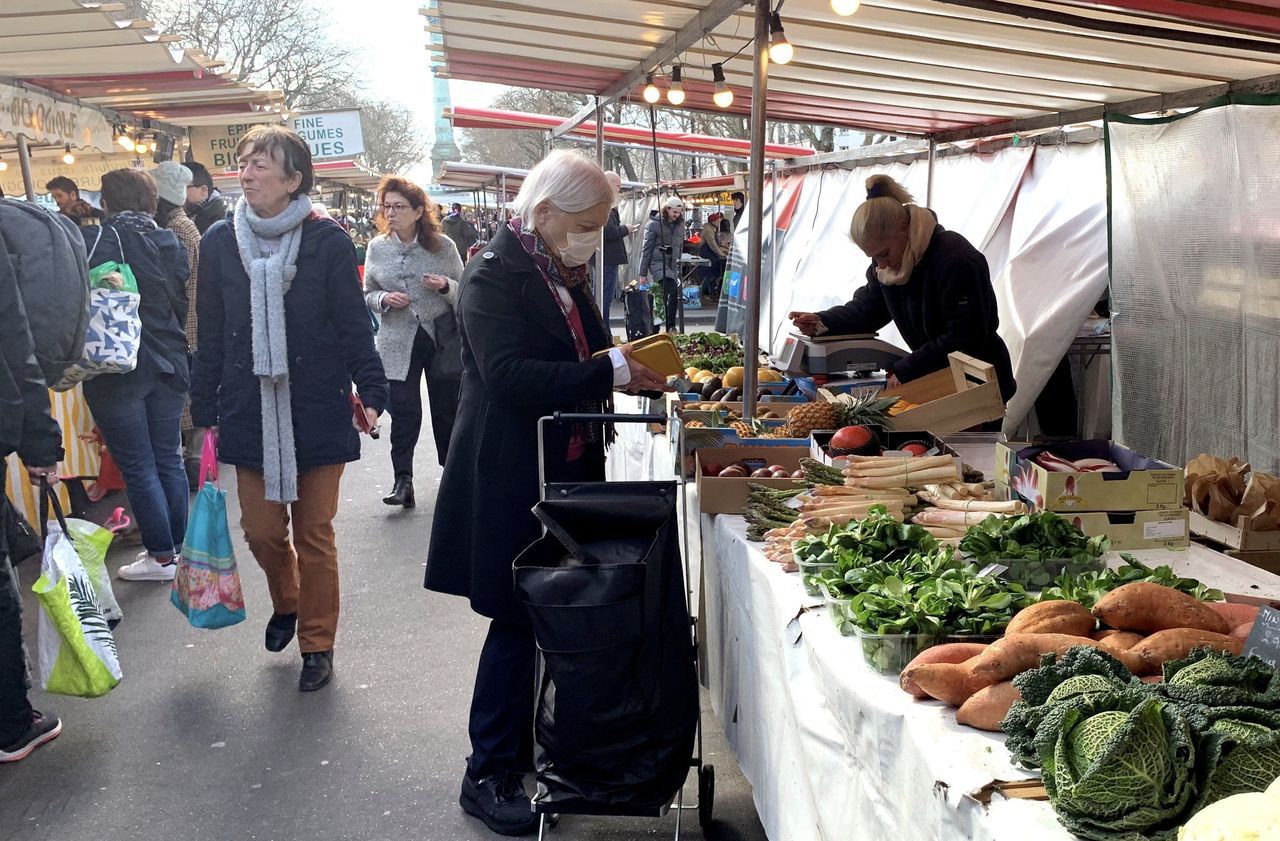 The outlines of this plan had been awaited for weeks. In a speech delivered this Tuesday afternoon at the National Assembly, Prime Minister Edouard Philippe specified the conditions for the gradual deconfinement planned from May 11, with caution: if the conditions for improving the epidemic are not not met, the end date of confinement will be postponed, he warned.

So, what can we do from this famous date? Will we be completely free of our movements? Here is what to remember from the Prime Minister's announcements.

What we can do

Travel without a certificate, except ...

From Monday 11 May, you can do without the famous travel certificate for journeys of up to 100 kilometers from your home. Beyond this distance, they will only be possible "for an imperative, family or professional reason," added Edouard Philippe.

On the other hand, the Prime Minister clarified that deconfinement would be differentiated on May 11 between departments categorized in "green", where it will be applied widely, and others classified in "red", where deconfinement will be more strict. It remains to be seen whether movement in the departments in “red” will indeed be as free. Note that three criteria will be studied on May 7 to classify these departments: it will be necessary to see "the circulation of the virus remains active", if "the hospital capacities in intensive care remain tight" and if "the local system of tests and detection of cases contacts are not ready enough, "the Prime Minister told deputies.

Take the bus or the metro, with mandatory mask

You can therefore take public transport to get around. But there too, there are conditions. The capacity of public transport will be drastically reduced for at least the three weeks following the end of confinement on May 11. The objective? Respect social distancing as much as possible.

"It will be necessary […] to condemn one seat out of two, to favor, by markings on the ground, the good distribution on the quays, to prepare to limit the flows in the event of crowds", detailed Edouard Philippe. "Wearing a mask will be made compulsory in all transport, metros and buses," he added.

Go back to kindergarten, elementary school, then college

For children, the government "proposes a very gradual reopening of kindergartens and elementary school from May 11, everywhere on the territory, and on a voluntary basis," announced Edouard Philippe.

"In a second step, from May 18 - but only in the departments where the circulation of the virus is very weak - we can consider opening the colleges, starting with the 6th and the 5th," he said. added.

Drop off your children at the crèche

The crèches will also reopen from May 11, up to a maximum of ten children per space, and with the wearing of a mandatory mask for early childhood professionals. It is understood that children under the age of 3 will not be able to keep a mask on their faces, conceded the head of government. The reception will be "in groups of ten children maximum, with the possibility of accommodating several groups of ten children if space allows and if the conditions are met so that the groups do not cross".

Clothes, books, games, beauty products… After May 11, you will once again be able to buy non-food products in stores. All shops, except cafes and restaurants, will be able to reopen on this date, under certain conditions: staff and customers must respect sanitary measures, and wear masks if distancing is impossible. For large shopping centers over 40,000 m2, it will be up to the prefects to decide whether to keep them closed.

Go to the market

"Markets, for which prohibition is the rule today and authorization the exception, will generally be authorized, unless the mayors or prefects consider that they cannot enforce barrier gestures", also announced the Prime Minister.

Go to the library or to a small museum

"Because they can function more easily while respecting sanitary rules, the media libraries, libraries and small museums, so important for the cultural life of our territories, will be able to reopen their doors as of May 11," also announced Edouard Philippe.

Go to parks and gardens

As for the parks and gardens, they will have the possibility of opening, provided that they are in "departments where the virus does not circulate in an active way".

Getting to the cemetery

"The cemeteries will be open to the public again on May 11," said the head of government.

What we cannot do

Move from one region to another freely

Interdepartmental or interregional travel will be reduced "solely to compelling professional or family reasons, for obvious reasons of limiting the circulation of the virus".

"We will continue to reduce the offer, to require a compulsory reservation on all trains (TGV or not), to discourage travel between departments", he told the National Assembly, specifying in particular that the French must not leave their department during the Pont de l'Ascension.

Going out unnecessarily if you are old

Without a strict prohibition, the elderly will be asked to "continue to protect themselves" after May 11, by limiting their contacts and their outings. This recommendation will not be monitored, said Edouard Philippe. "They must respect rules similar to the period of confinement, [...] by limiting their contacts, and therefore their outings," said the head of government, asking them "to be patient". "By protecting yourself, you are protecting the hospital system," he added.

Go back to high school

After May 11, high school students will not immediately return to class, if at all. "We will decide at the end of May if we can reopen the lycées, starting with the professional lycées, at the beginning of June," said the head of government. We already know that students passing a general, technological and professional bac will be evaluated this year only through continuous assessment.

Have a drink in a bar or go to a restaurant

You will have to wait a good month before enjoying the bars and other places to go out. "I give an appointment to the French at the end of May to assess the conditions under which we will organize a new phase of deconfinement, and will take in particular decisions on the organization of cafes, restaurants, holidays", a explained the Prime Minister, cautious on this hot topic.

Go to the cinema, museum, concert or theater

"The large museums, which attract a large number of visitors outside their living area, cinemas, theaters and concert halls, where one stays in the same place in a closed environment, will not be able to reopen", said the Prime Minister, without adding a specific reopening date. He also specified that "the village halls, the multipurpose halls will also remain closed until June 1".

The season will be difficult for sports fans, who have been without competition since mid-March. "The 2019-2020 season of professional sports, especially that of football, will not be able to resume," announced Edouard Philippe as the debate raged in the world of football.

Go to festivals or major fairs

All "events that bring together more than 5,000 participants" cannot "be held before the month of September," said Edouard Philippe. Forgotten therefore "major sporting and cultural events, in particular festivals, large trade fairs ... All events which bring together more than 5,000 participants and are therefore the subject of a declaration at the prefecture and must be organized for a long time at the 'advance', he detailed.

Make demonstrations or parties of more than 10 people

From May 11, "gatherings organized on the public highway or in private places will be limited to 10 people". “In general, we must avoid gatherings which are all occasions for the spread of the virus. […] While waiting for better days, the town halls will continue to propose, except emergency, the postponement of the marriages ”, added Edouard Philippe.

Religious ceremonies, such as baptisms or weddings, cannot take place "before June 2", the end date of the first phase of deconfinement. “Places of worship can continue to remain open. But I think it is legitimate to ask them not to organize ceremonies before June 2, ”said Edouard Philippe.

If the cemeteries will reopen well and that "funeral ceremonies will obviously remain authorized" after May 11, that "as today within the limit of 20 people," announced the Prime Minister.

To go to the beach

At the approach of the beautiful days, Edouard Philippe also specified that the beaches, closed since the beginning of the confinement, will remain "inaccessible to the public at least until June 1".

We will have to wait for the end of the first phase of deconfinement, scheduled for June 2, to learn more about the summer holidays, also said Edouard Philippe.

Deconfinement: what you can do (or not) from May 11 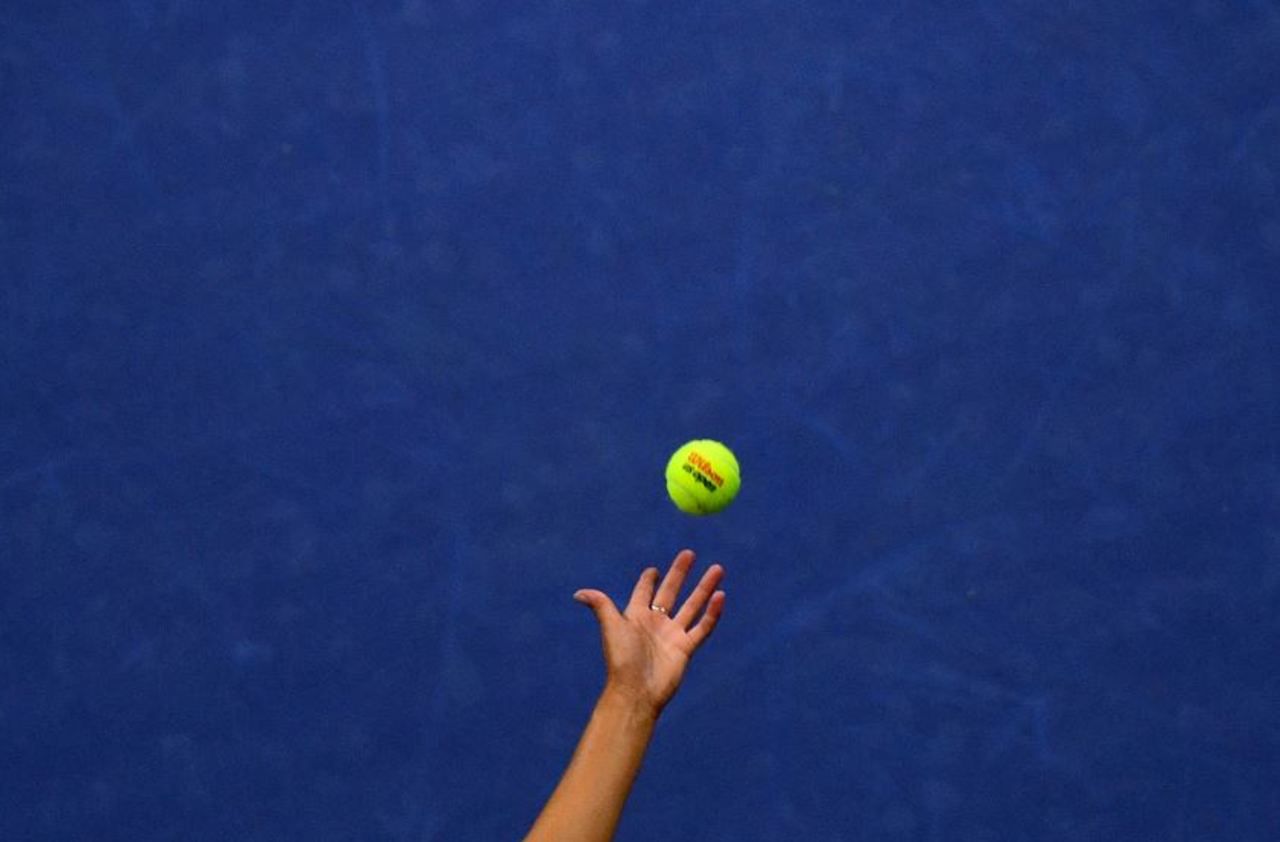 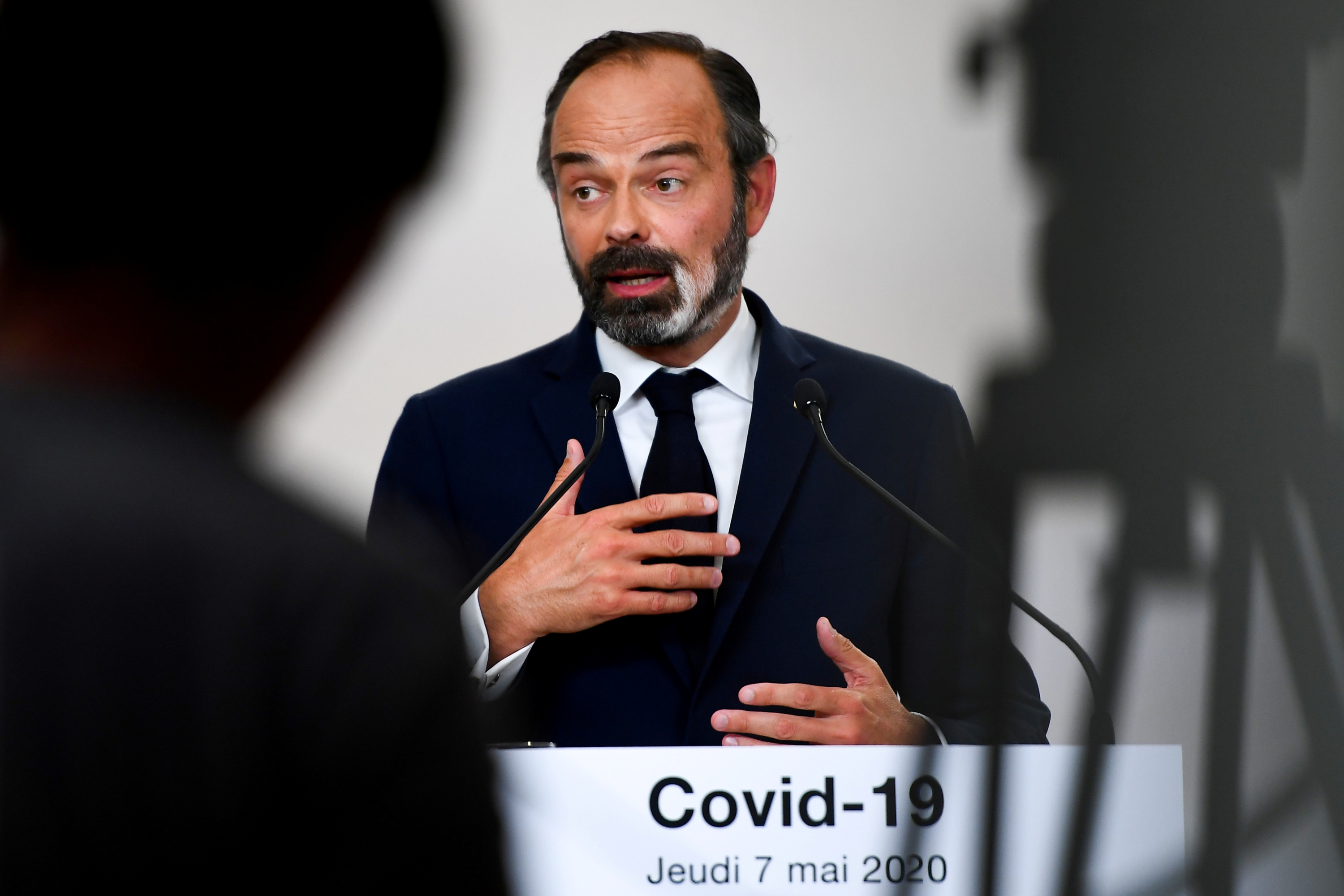 Deconfinement: what it will be allowed or not to do on May 11 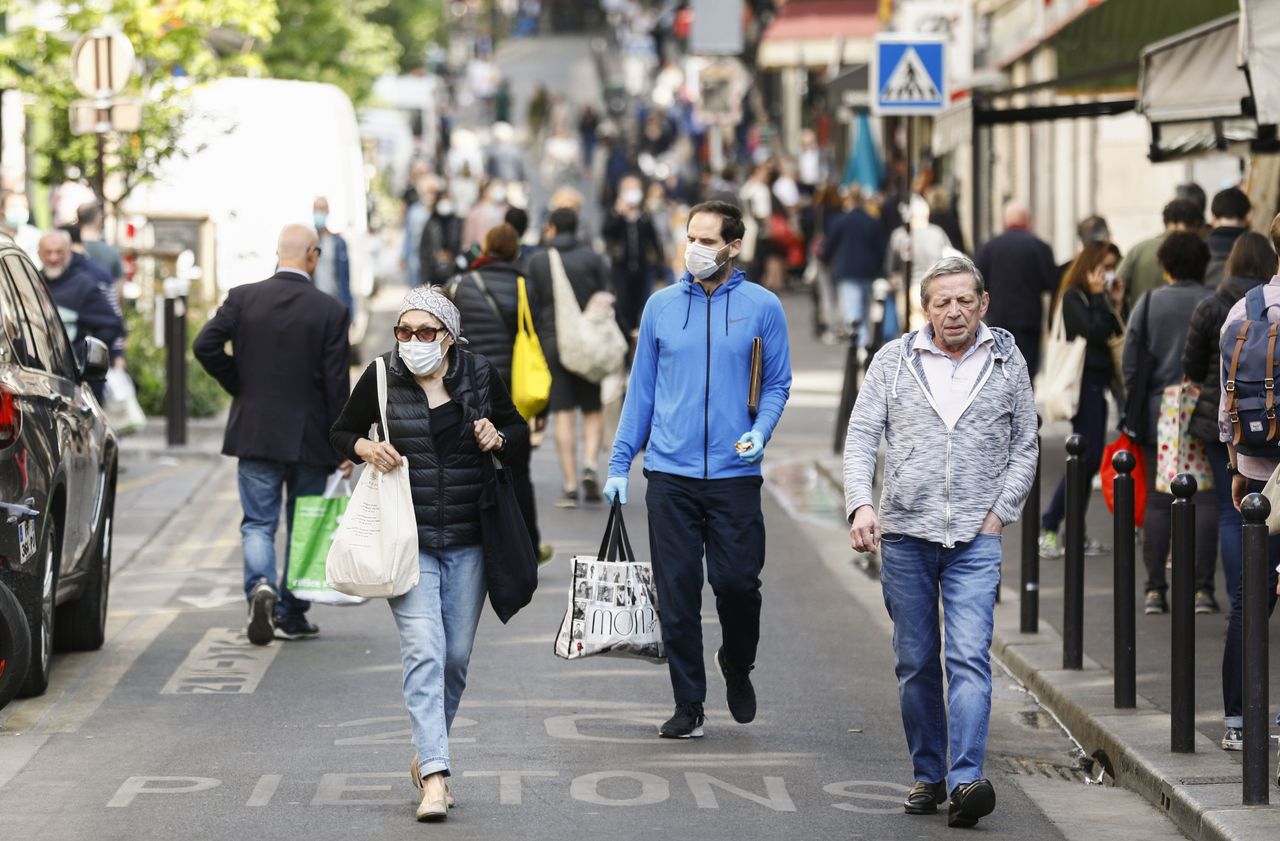 Deconfinement: travel, shopping, beaches ... what we can do (or not) from Monday

Deconfinement: do you plan to send your children to school from May 11? 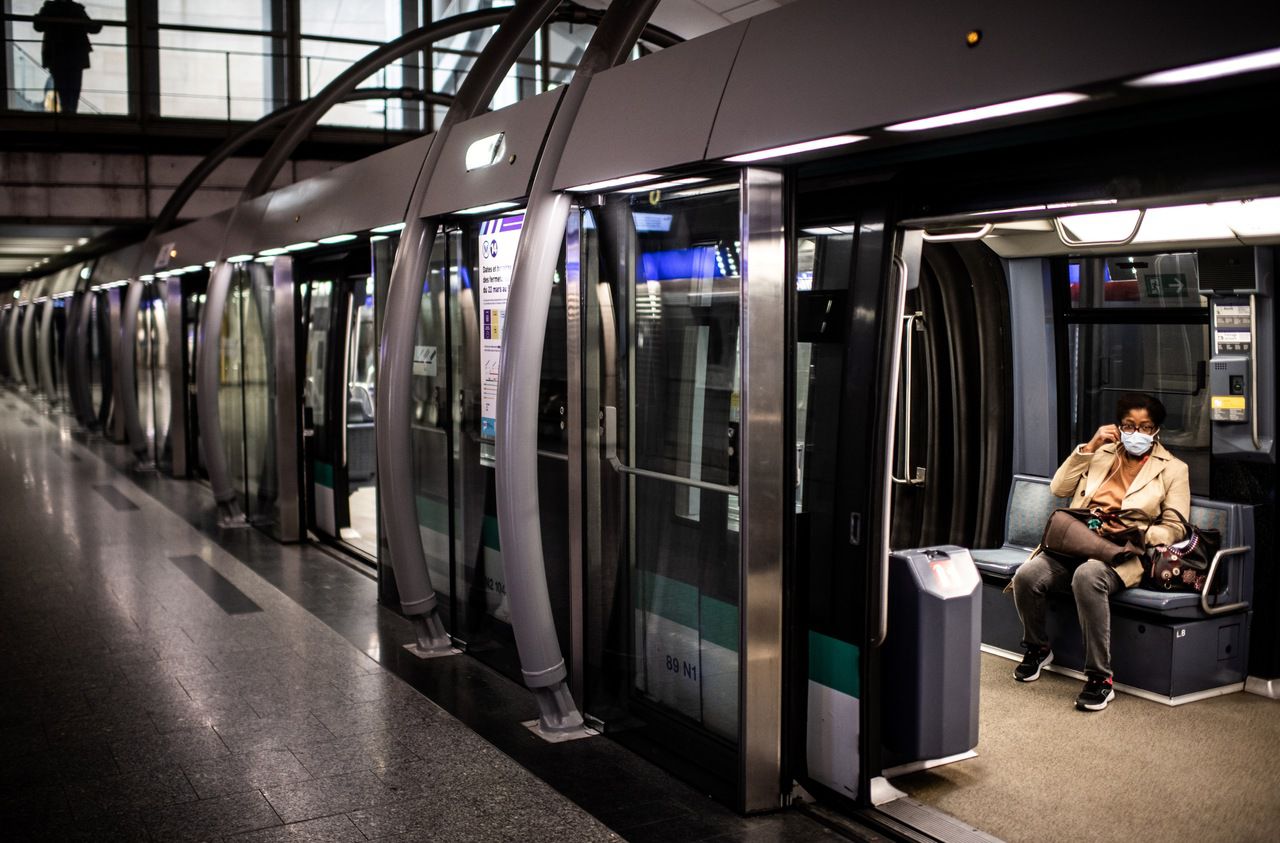 Deconfinement: what trips will be authorized from May 11? 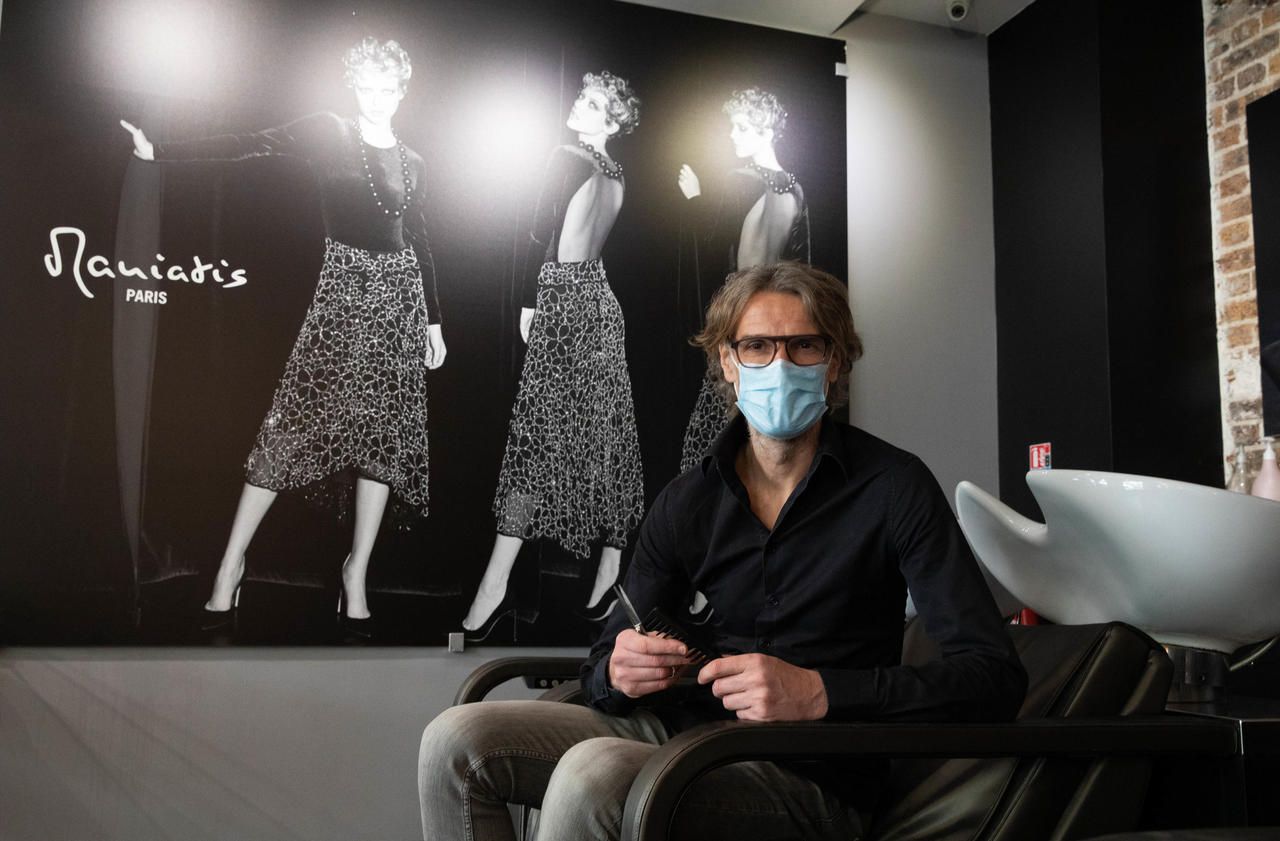 Deconfinement: what awaits you at the hairdresser on May 11 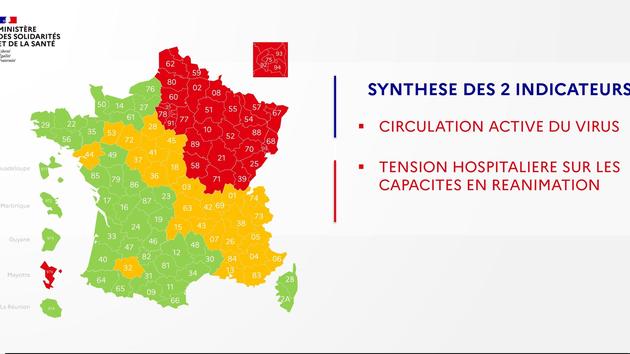 Green or red: what the French will be allowed to do from May 11 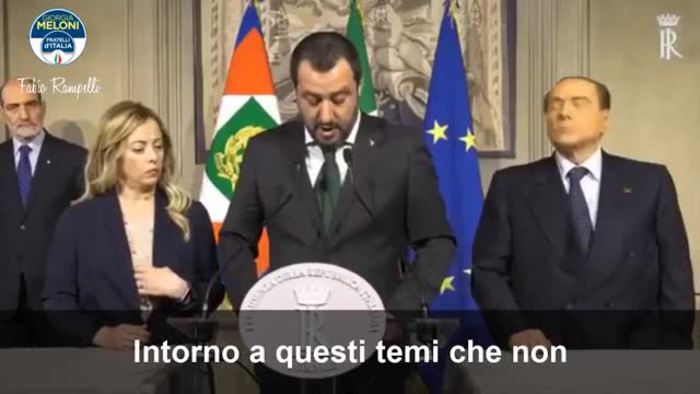 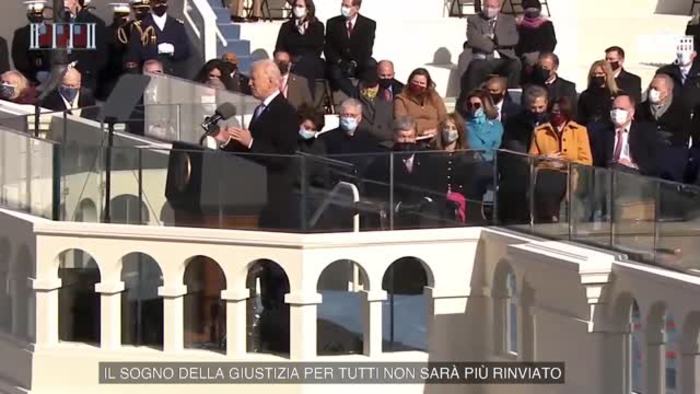 Usa, Biden: "To overcome the challenges we need the unity of the Nation" - World 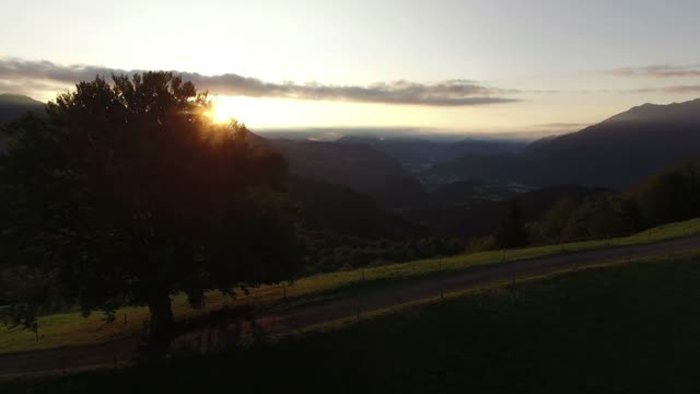 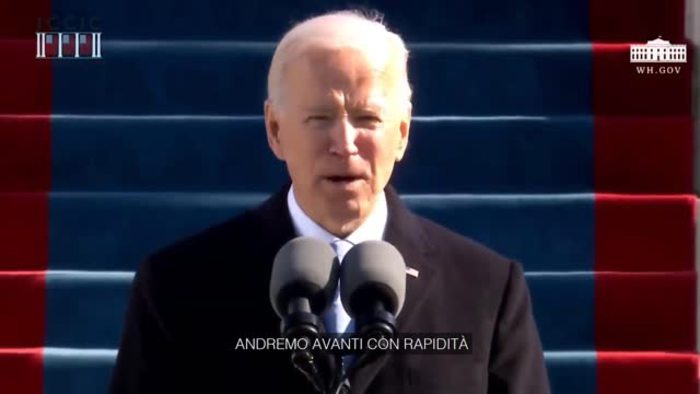 Biden: "We can beat the virus. It made more victims than World War II" - World 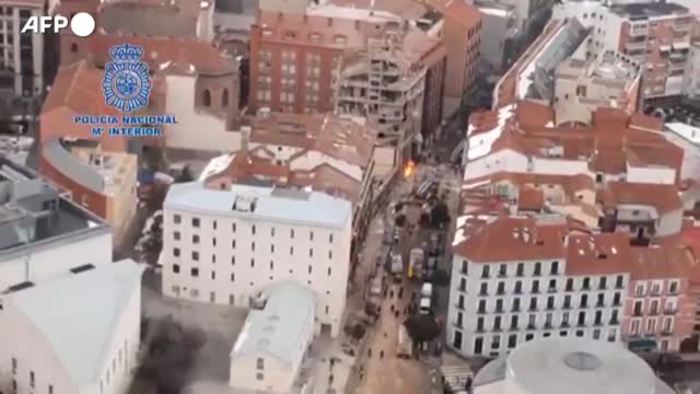 Explosion in Madrid, flying over the building gutted by the explosion - World 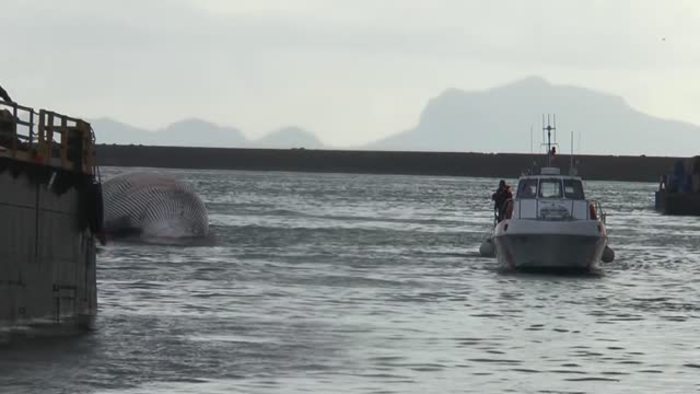 The dead whale arrives in Naples for examinations in Sorrento - Italy 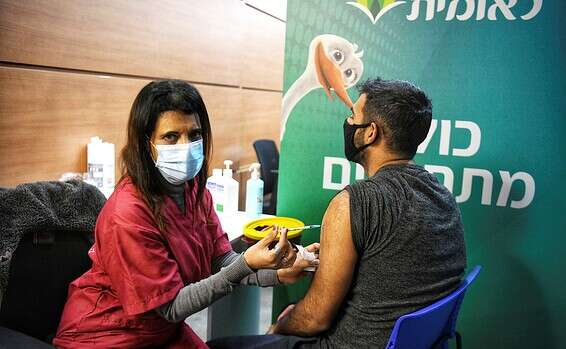 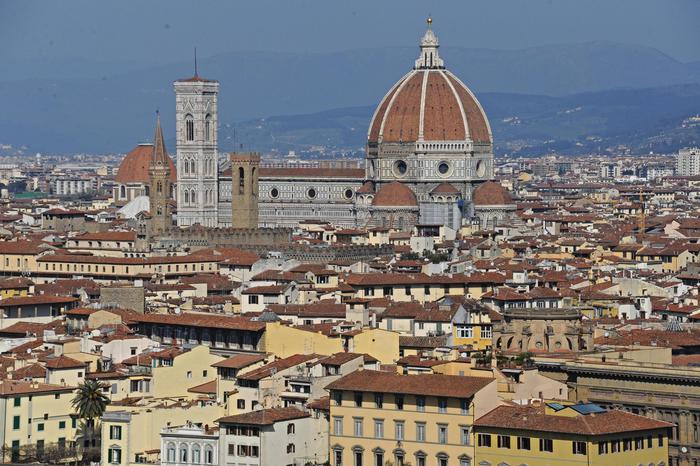 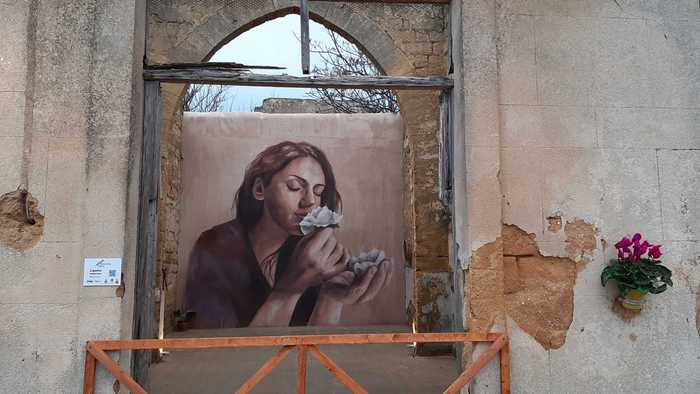 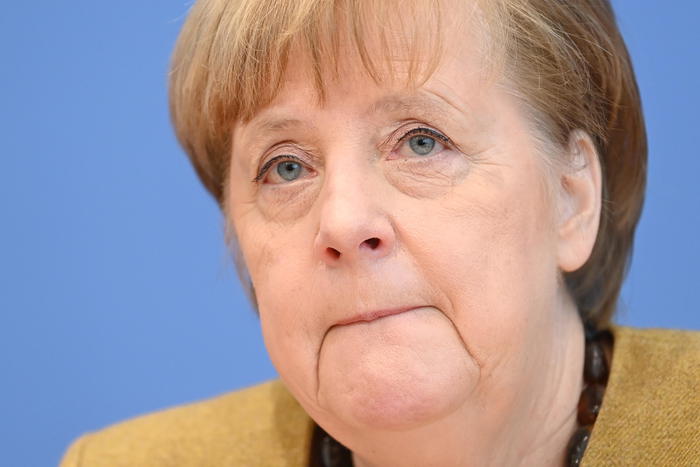 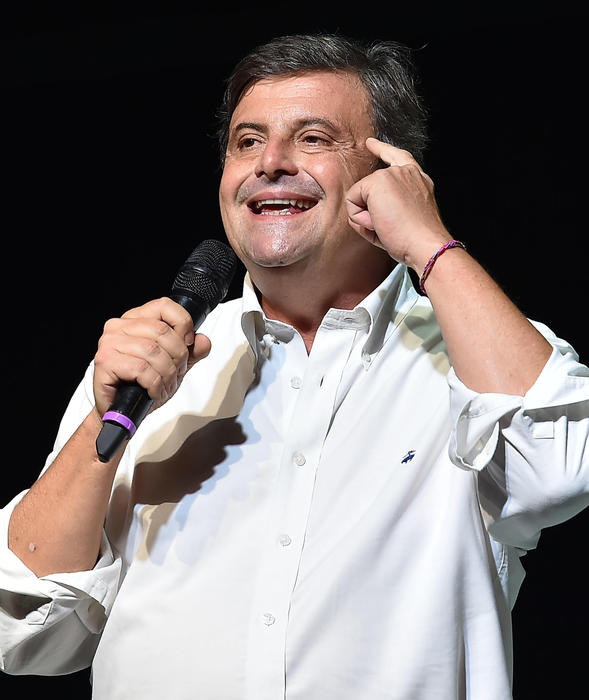 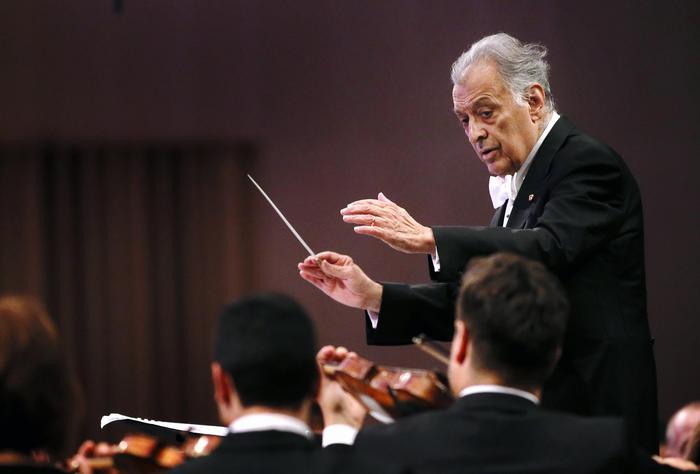 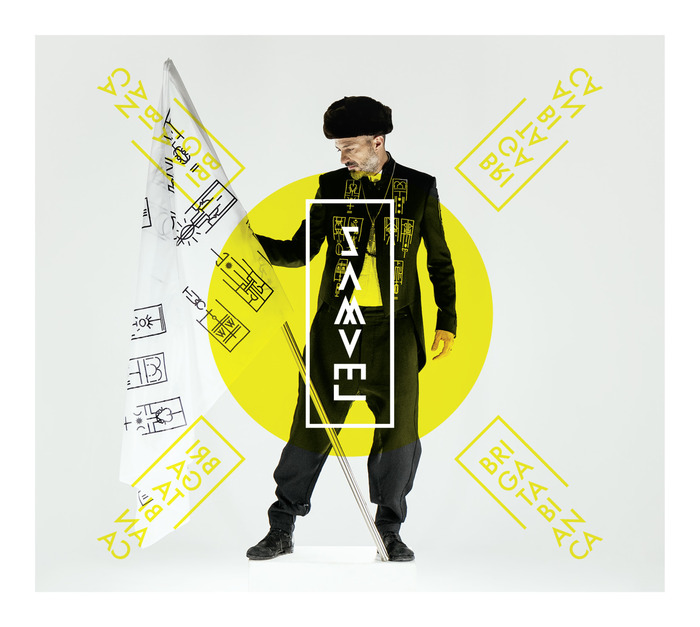 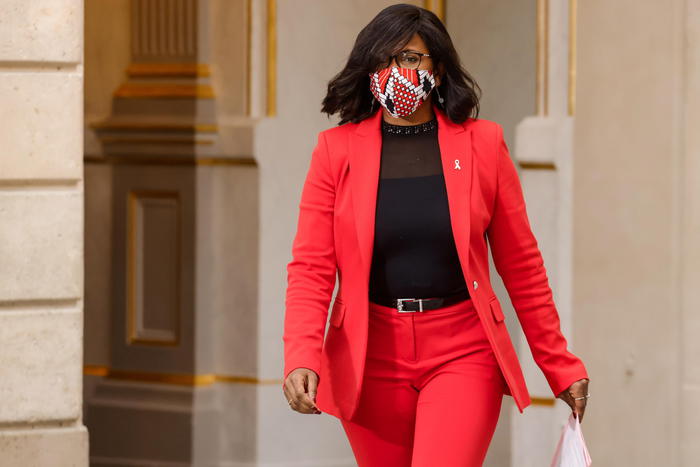