He represented a fictional NSU victim and received more than 200,000 euros for it: The fraud trial against Ralph Willms highlights the tough fight of some lawyers for coveted mandates. 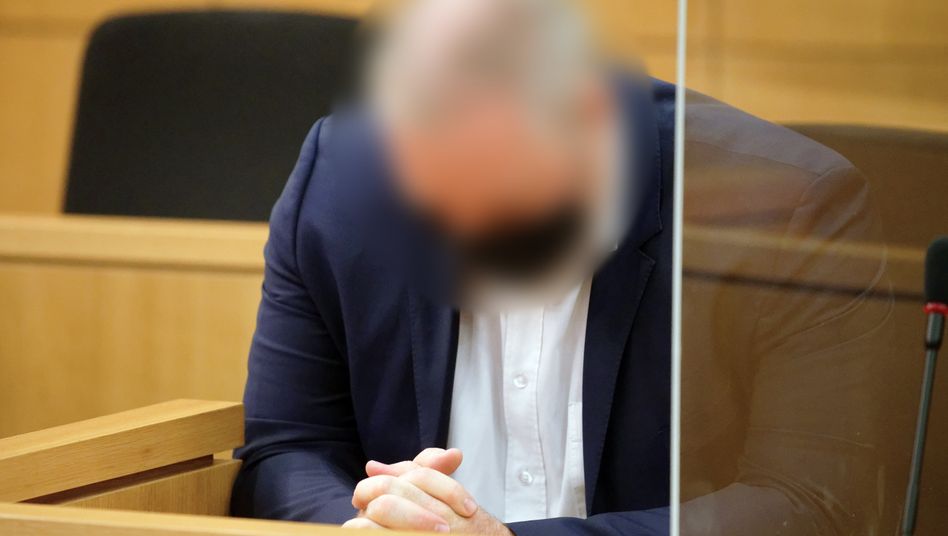 "If you put him on the plane in Cologne, he gets off again in Munich with three mandates."

That's how they used to joke, says his colleague, lawyer Björn Hühne, right at the beginning of his testimony before the Aachen regional court.

Hühne and Willms have known each other for years, they are friends.

Since August, Willms has had to answer in court as a defendant.

The question is whether the talented mandate hunter is also a fraud.

Ralph Willms, 53, represented a victim of the nail bomb attack in Cologne's Keupstrasse in the NSU trial before the Munich Higher Regional Court (OLG) for two and a half years, which SPIEGEL researched in October 2015 revealed to be a phantom.

Willms' client Meral Keskin was not among the victims.

A Meral Keskin did not exist at all.

Willms is silent on the allegations before the Aachen Regional Court.

He follows the negotiation with bowed head.

He is the only one in the hall to keep his respirator on his face.

During the investigation, Willms presented himself as a victim of fraud.

Atilla Ö., A real victim of the bomb attack, is said to have led him to believe that Meral Keskin existed.

sat in a hairdressing salon directly behind a shop window in front of which the nail bomb exploded.

His head and arm were injured.

His version is: Willms always knew that there was no Meral Keskin.

The case is complicated.

The list of witnesses that the 9th Large Criminal Chamber, chaired by Judge Melanie Theiner, wants to hear is getting longer and longer.

But the most important witness can no longer testify.

Even if it is true that Willms only noticed after a good 230 days of negotiations that he had no client at all, the question arises: what exactly did he see his role in the NSU trial?

94 joint plaintiffs took part in the trial of Beate Zschäpe and four co-defendants, including the families of the ten murder victims and the survivors of two bomb attacks.

The victims were represented by a total of 59 lawyers.

One of the tasks of lawyers for joint plaintiffs is to explain the processes in court to their clients and to inform them about the course of the proceedings.

But attorney Willms could neither have enlightened nor ever informed a client who did not exist.

Before the Aachen Regional Court, Willms friend Hühne, 56, remembers how it all began in 2013.

"I'm in the NSU trial!" Willms said one day.

"That was spectacular," says Hühne.

He wanted to be there too.

The mother already had a lawyer, but he was very old and allegedly had no plans to attend the trial every day

Willms named Atilla Ö .'s mother that she too had been a victim of the attack on Keupstrasse.

The mother already had a lawyer, but he was very old and allegedly had no plans to attend the trial every day.

pay a commission for brokering the mandate, then he can take over the mandate.

Hühne himself says in court that he wanted to push the old lawyer out of the proceedings.

But he didn't want to pay a commission.

"I was aware that, for reasons of professional conduct, I was not paying any commission," says Hühne.

In fact, the Federal Lawyers' Act prohibits lawyers from paying any money to broker a mandate.

Hühne wanted his mother's mandate anyway, and Willms should get him a power of attorney.

Hühne Atilla Ö would do that with the commission.

then talk it out.

Unlike Hühne, Willms wants a commission to Atilla Ö for Meral Keskin's mandate.

The amount is unclear.

Sometimes Willms is said to have spoken of 3000 euros, sometimes of 5000 euros.

on the other hand, while he was still alive, the public prosecutor in Cologne claimed to have received only 1000 euros from Willms.

Senior Public Prosecutor Ulf W. questioned him at the time.

In court he says, Atilla Ö.

got terribly upset about Willms.

Fees, expenses and travel expenses of more than 211,000

Willms has fees, expenses and travel expenses of more than 211,000 for participating in the NSU trial

In addition, there is 5,000 euros from a federal government compensation fund for the victims of the NSU, which Willms applied for and received for Meral Keskin.

"He got everything and I got nothing," said Atilla Ö.

scolded in his interrogation.

"He was visibly excited," said the chief prosecutor.

The investigators followed the trail of the money.

They found a transfer that matches Atilla Ö.'s statement.

To the public prosecutor's office in Cologne, Willms claimed that Atilla Ö.

Having paid more money in cash: 3000 euros commission, 5000 euros from the compensation fund, then another 3000 euros for travel expenses for the supposed Meral Keskin.

But: "There is no original receipt for any of these processes," says the chief prosecutor.

The whole process struck him as strange.

"Why there was only this one transfer and the other financial donations should have been made in cash a little bit conspiratorially, I did not really understand."

He holds the information from Atilla Ö.

"Mr. Ö. Tried to downplay his role," he says, "but that doesn't change my subjective impression that he is not the one who put Mr. Willms on the cross."

In his interrogation, Atilla Ö.

also said that he had given Willms several papers to enable the attorney to seek admission to Meral Keskin's secondary suit.

Among the documents was a certificate.

Willms submitted it to the Munich Higher Regional Court in spring 2013.

The certificate was named Meral Keskin.

Two and a half years later, on October 1, 2015, SPIEGEL confronted Willms with the fact that the certificate about the alleged injuries of Meral Keskin is identical to the certificate from Atilla Ö.

Both certificates had been in the files of the NSU trial for years.

Willms was given the opportunity to comment and was asked to answer a few questions.

Hühne still remembers this "day of discovery", as he calls it.

He happened to call Willms that day.

Willms burst into tears on the phone.

They would have met on the same day.

Willms said he didn't understand any of this.

I even sent him photos of Meral Keskin.

Then he pulled out his cell phone and showed the photos.

"Then my hatch fell down," recalls Hühne.

He realized that the photos were not Meral Keskin, but Atilla Ö's mother.

Hühne immediately called his lawyer colleague Peter Nickel: "Watch out, Ralph has a huge problem. We have to talk."

In Nickel's office, the three of them thought about what to do.

On the afternoon of the following day, Nickel, as defense lawyer for Willms, sent SPIEGEL a fax.

In it, Willms admits that Meral Keskin "probably" doesn't even exist.

at the public prosecutor's office in Cologne.

But the scandal was perfect: a phantom as a joint plaintiff.

the indictment against lawyer Willms before the regional court in Aachen.

He asks Hühne what he meant with his advice to Willms: "Make an effort. Make up something that fits."

"That doesn't mean: 'Make up a false statement,'" he says.

He advised Willms to go on the offensive.

"Top priority" must be the report against Atilla Ö.

Hühnes own efforts to be present in the NSU trial as the mother's accessory prosecutor were unsuccessful at the time.

Hühne had repeatedly applied to the NSU Senate to withdraw the mandate of her old lawyer and to leave it to him instead.

The files contain numerous letters from both attorneys to the court in which they compete for the mandate.

Neither the old lawyer nor Hühne had ever spoken to the mother at this point.

The mother apologized to the court

That only changed when the NSU Senate wanted to hear the mother itself.

Hühne says he went straight to Cologne to see her.

Hühne had again obtained a power of attorney and a written confirmation that she wanted him as a lawyer.

He immediately sent both to the Munich Higher Regional Court.

The mother was only a joint plaintiff in the NSU trial for seven days.

Then she informed the court that she no longer wanted to be a joint plaintiff and therefore did not need a lawyer.

She apologized to the OLG for the inconvenience.

In the meantime she has also died.

What did the mother say about what happened to her back then in Keupstrasse? The judge asks the witness Hühne.

"She was at the hairdresser's, then there was a bang somewhere."

She was injured in the ear by flying pieces of glass.

"She went to the hairdresser's too?" Wonders the judge.

"Yes, of course, she should also have been to the hairdresser's," says Hühne.

Judge Theiner does not tell him that the old lawyer had told the OLG otherwise.

Accordingly, the mother was not at the hairdresser's, but in a restaurant when the bomb exploded.

was in the hair salon at the time of the attack.

The chamber meticulously pursues the arduous search for truth.

She also knows the NDR documentary "The Nazi Murders".

once heard whether he noticed anything about the documentation.

The witness does not know what to answer.

Judge Theiner says: "Mr Ö. Doesn’t say anything about the fact that his mother was also injured."

Then he says there is no question that the mother was the victim of the attack. 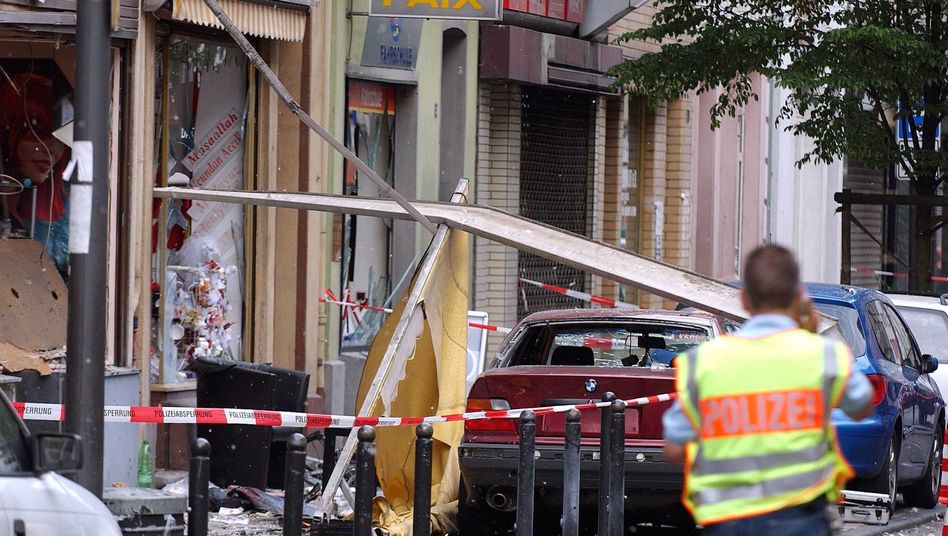 Trial of fictional NSU victim: "That destroyed everything" 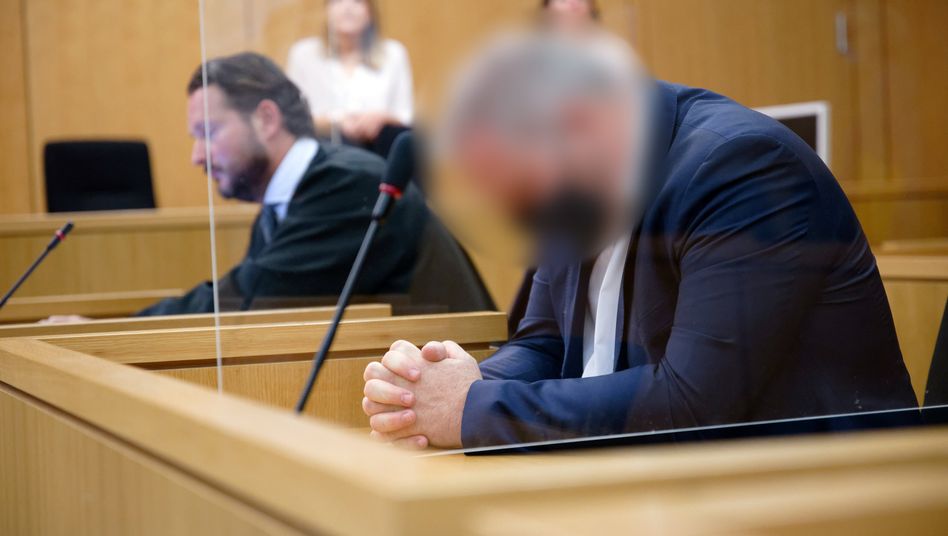 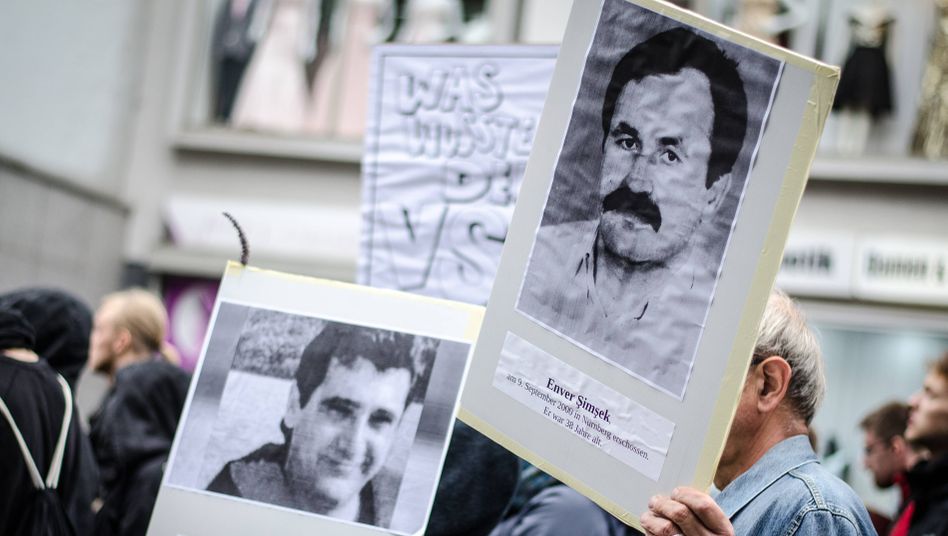 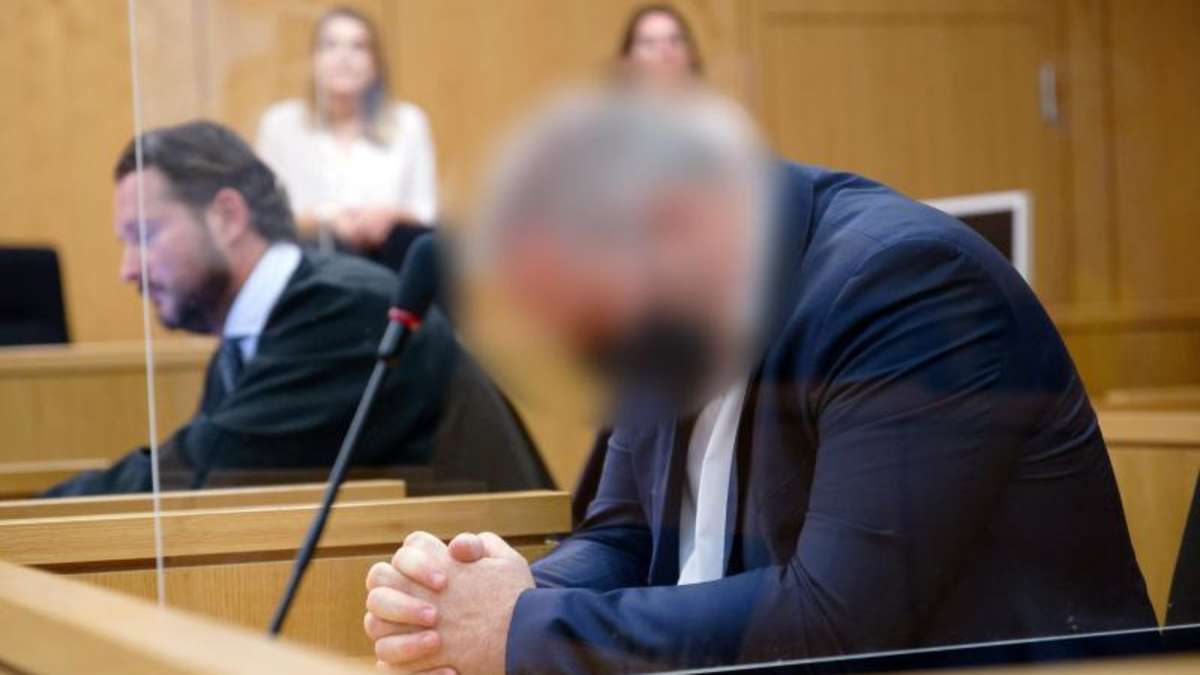 Fraud process: lawyer is said to have invented NSU victims 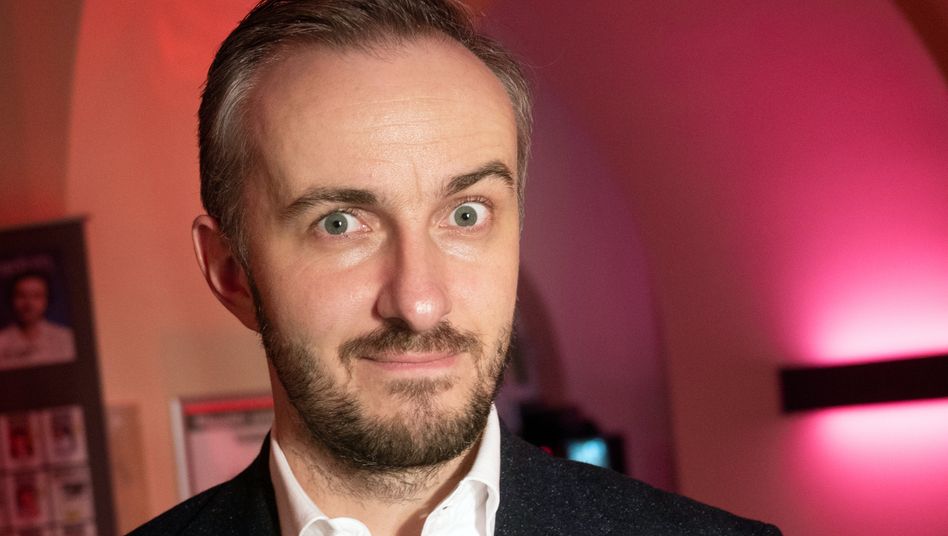 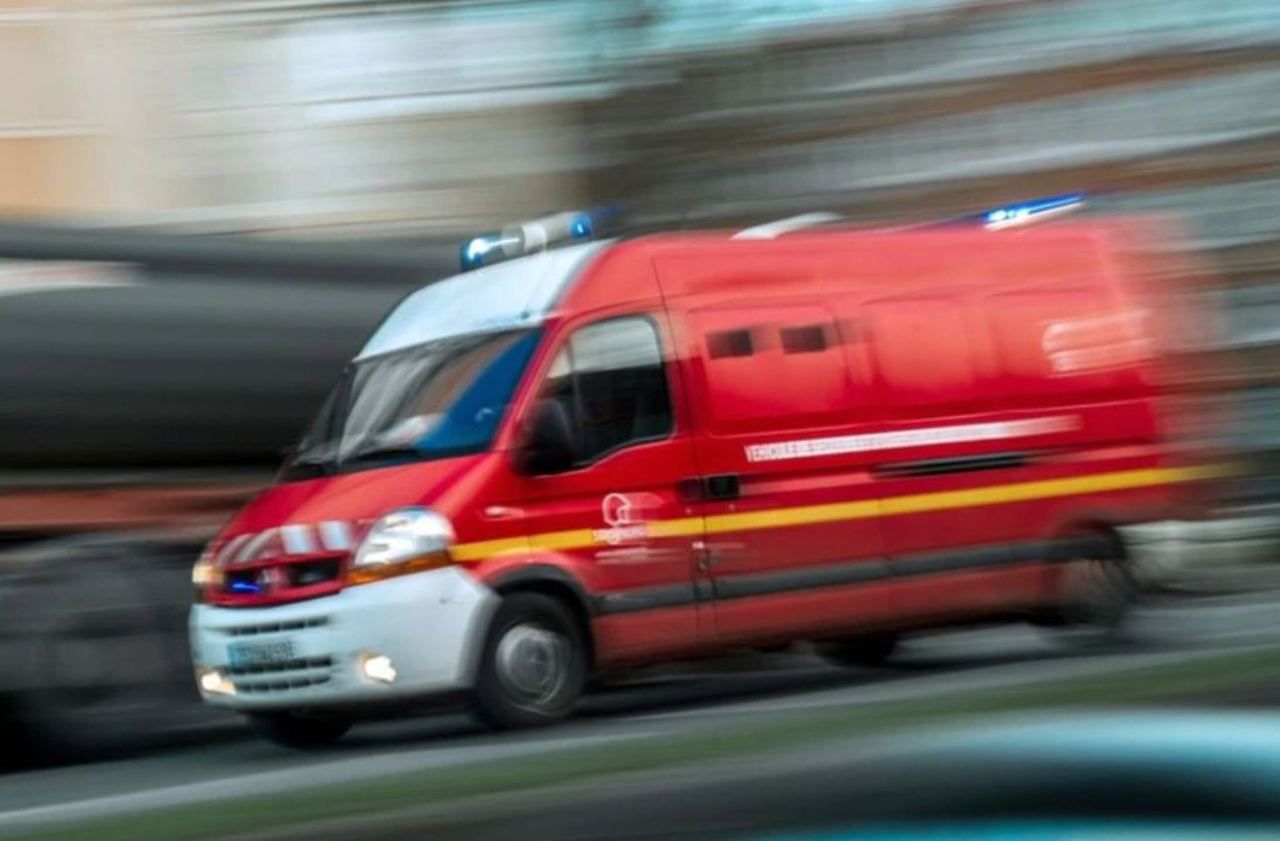 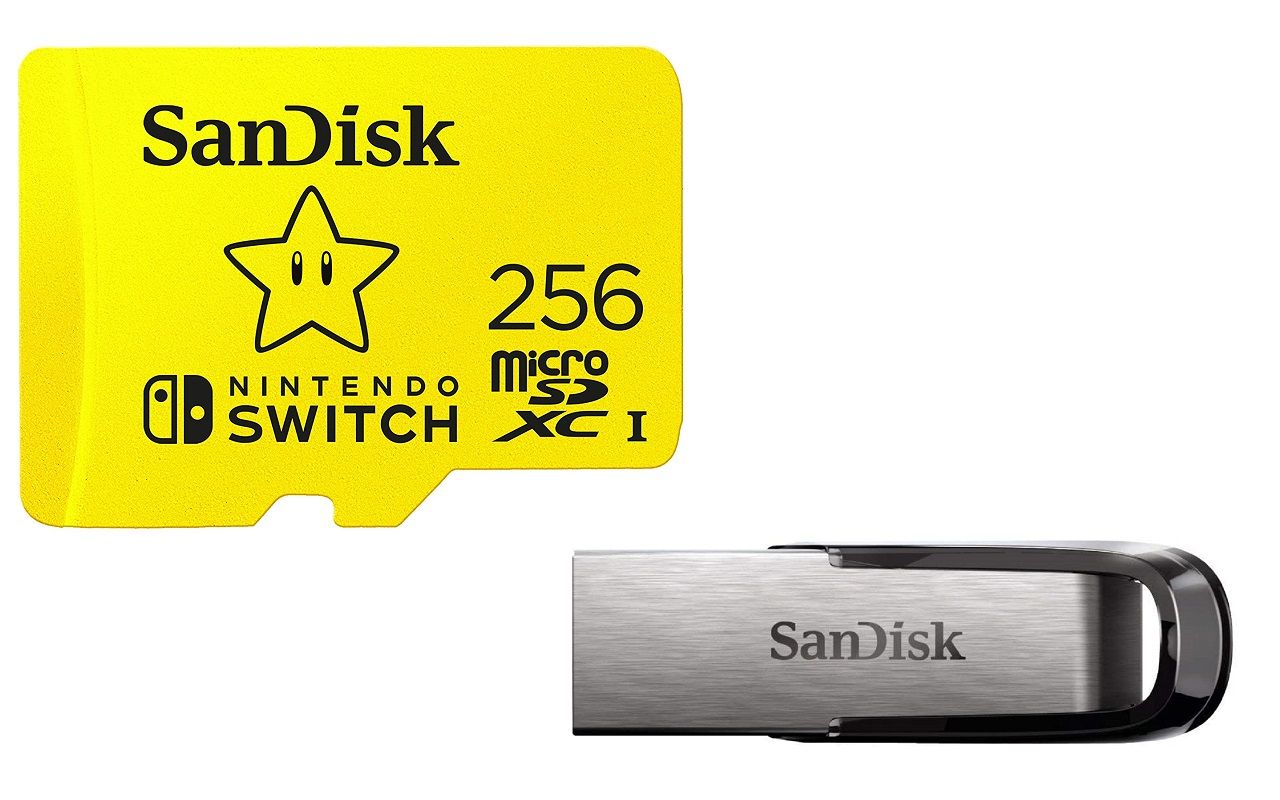 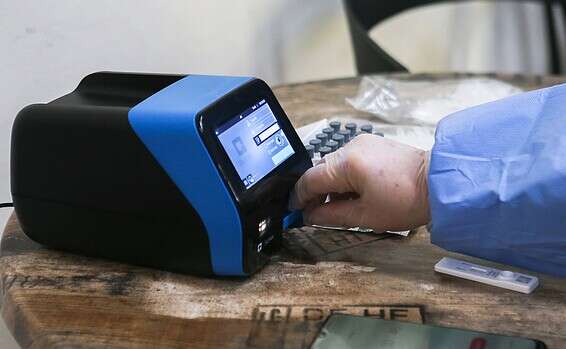 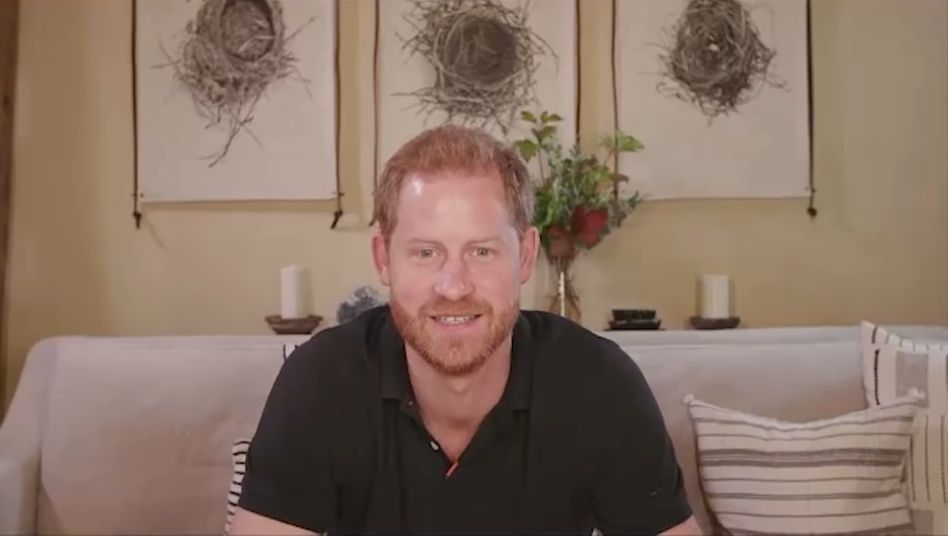 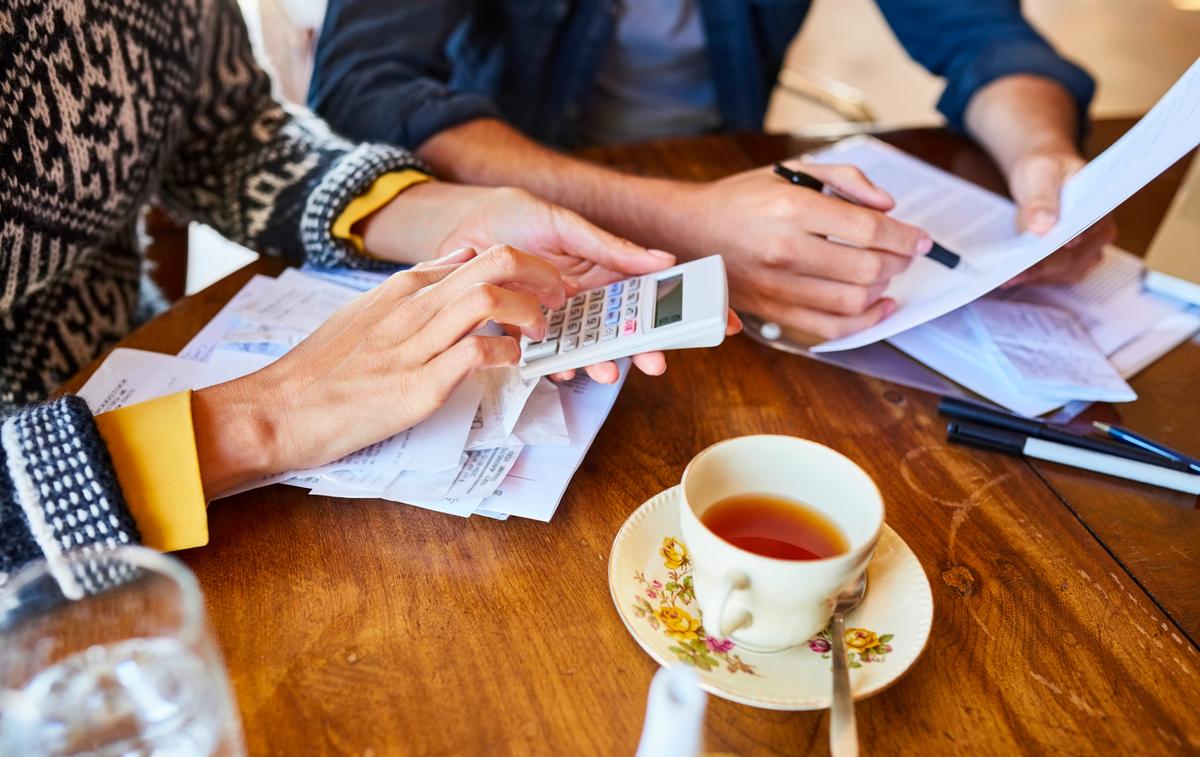 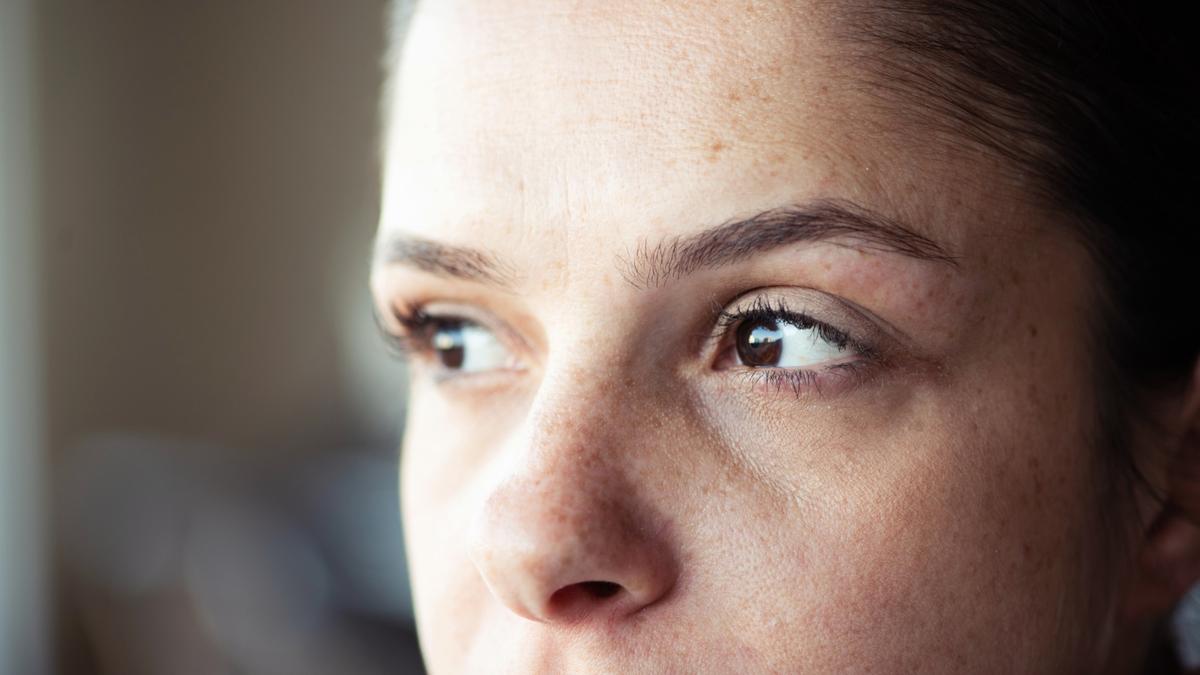 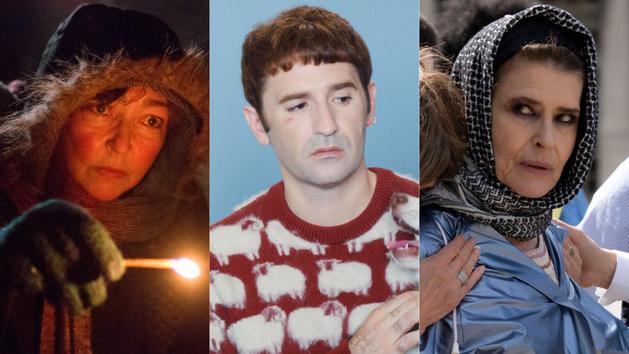 Cheese recall throughout Germany: Risk of injury due to metal particles - manufacturer warns against consumption
2020-10-28T05:04:07.369Z 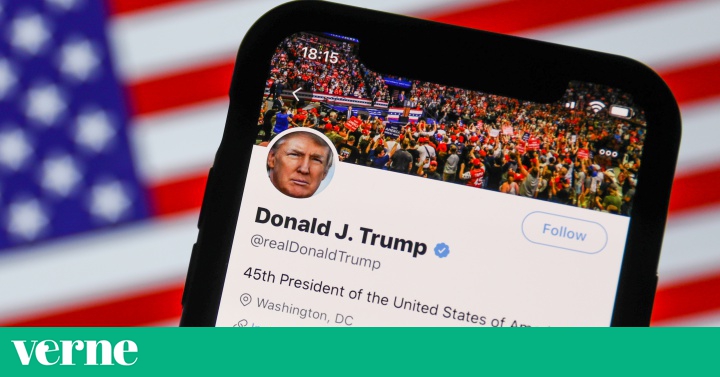 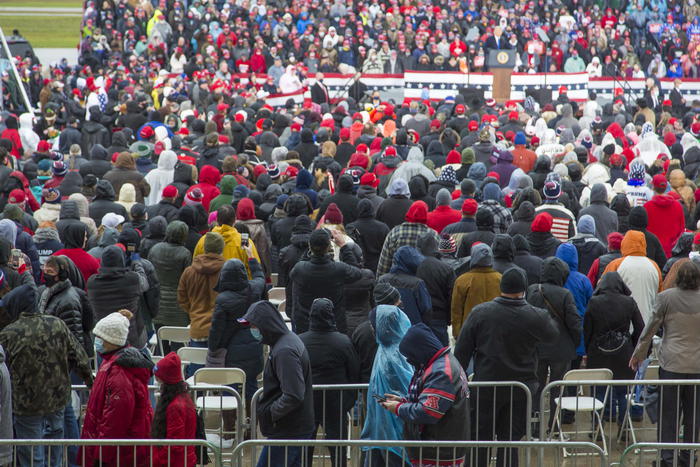 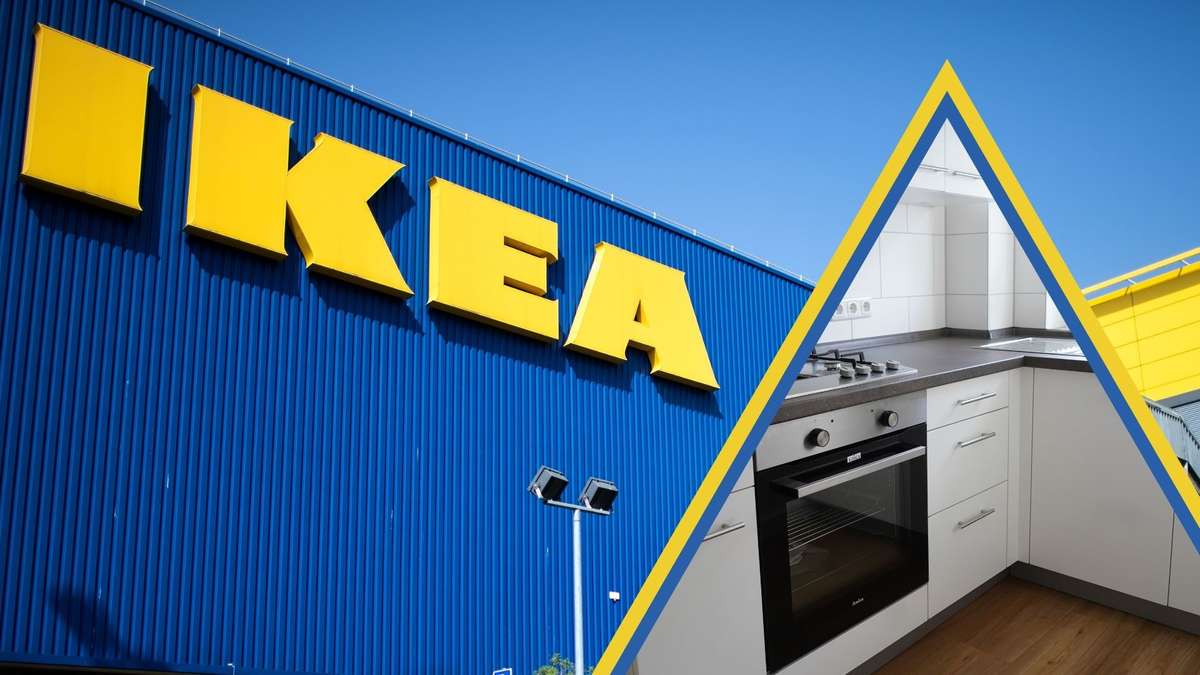 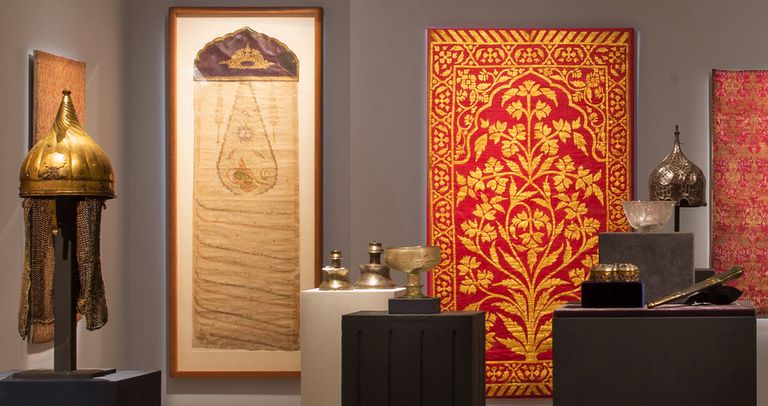