In the Gigante de Arroyito there will be no gift shirt, plate, or armchair for Diez, who is identified with Newell's for his brief step as a footballer between 1993 and 1994. 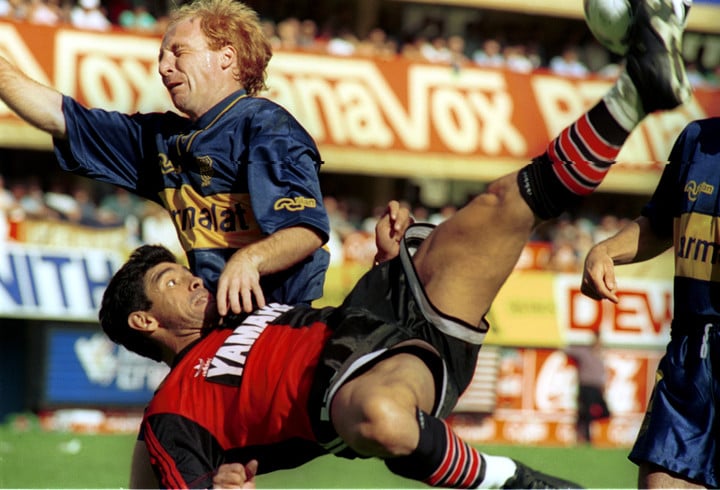 Since September 2019, Argentine soccer was revolutionized. Is that the arrival of Diego Armando Maradona to the technical direction of Gymnastics and Fencing La Plata marked a before and after in the current Argentine Super League. The former world champion in 1986 generates admiration regardless of the shirt. Therefore, each court that had to visit since his return to Argentina, he was received as a god of football .

However, this will not happen next Saturday, at 19.40, in the Gigante de Arroyito, when it is time to face Rosario Central. The reason, of course, is due to the identification that the Fluff has with Newell's for his brief step as a footballer in late 1993 and early 1994. Thus, unlike what happened in different parts of the country, Maradona will not be honored by the leaders or the Canalla people.

"You will receive it as one more technician , with the respect that any technician who visits the Gigante de Arroyito deserves, but absolutely nothing else. We deliver platelets to the technicians who went from the house or our kidney as Griguol, Don Angel Tulio Zof, Patón Bauza, Miguel Russo, Chacho Coudet or Miguel Ignomiriello, for example. For us Maradona is another coach, "Vice President of Rosario Central, Ricardo Carloni, told the sports newspaper Olé.

Upon the closure of 1993, Maradona decided to return to Argentina after his time as a Sevilla footballer. His destiny was La Lepra Rosario, where he barely played five official matches (against Independiente, Belgrano, Gimnasia, Boca and Huracán) and two friendlies (Emelec and Vasco Da Gama), in which he could only convert one goal.

The technical director of Gymnastics, Diego Maradona, poses in an armchair (then was auctioned) during the match with Vélez for the Super League, at the Juan Carmelo Zerillo de La Plata stadium. (Photo: EFE / Demian Alday Estévez).

Despite his fleeting pace, Diego knew how to build his own story with Newell's and his fans. "I am Diego Armando Maradona, DNI 14.276.579, I was, I am and I will be leper, without any doubt. Because I learned to love him, being very little in Rosario, but from where I touch, from where I am, I will always look at the result from Newell's, "Maradona said seven years ago, when the 20th anniversary of his arrival at the Rosario team was fulfilled.

So far from the Super League, which by the way Gymnastics is seriously committed to the averages and endangers its permanence in the highest category of Argentine football, Maradona visited the stadiums of Workshops, Godoy Cruz, Newell's, Aldosivi, Banfield and Hurricane.

The emotional reunion of Maradona with the people of Newell's. (Photo: Juan José García).

In all of them the chants prevailed in favor of the Ten , but in some courts they honored him in a special way, either giving him the shirt of the local club with his name, a platelet or an armchair designed for him so that he feels and is comfortable at throughout the 90 minutes, as did Hurricane and Newell's. In addition, the Globe took the Piti Fernández, singer of Las Pastillas del Abuelo, and together they sang "What is God?" , inspired by Maradona. And the one who handed him the platelet was Miguel Angel Brindisi, his former partner in the Boca champion of 1981.

Without a doubt, the reception of Newell's (Gymnastics won 4 to 0) was one of the ones that caused Diego the most emotion so far. With tears in his eyes, he took the microphone and thanked all the leper fans who were present at the Marcelo Bielsa stadium. The leaders of the Rosario club were very original designing a throne for King Maradona, which the former world champion in Mexico 86 took to La Plata.

Rosario Central has already warned: it will open the doors to Maradona as a coach who steps on his court. The last time the former world champion visited the Gigante de Arroyito was in September 2009, when the then coach of the Argentine National Team chose that field for the Albiceleste to face Brazil, for the 2010 World Cup Qualifiers.

Maradona during his visit to the Gigante de Arroyito as coach of the Argentine National Team. (Photo: Reuters)

"If it is for me, I want to play in the Boca field or in the Rosario Central field to get the rivals against an arch, against the stands," Maradona said in June of that year. However, that night Argentina fell by 3 to 1. 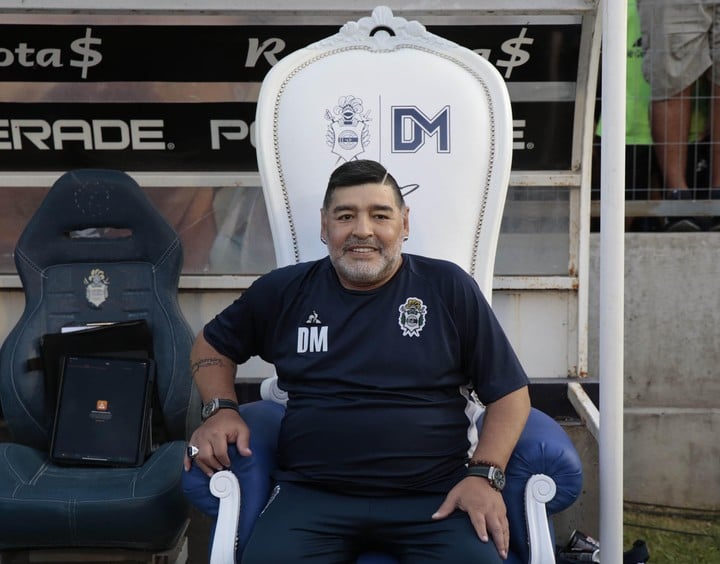 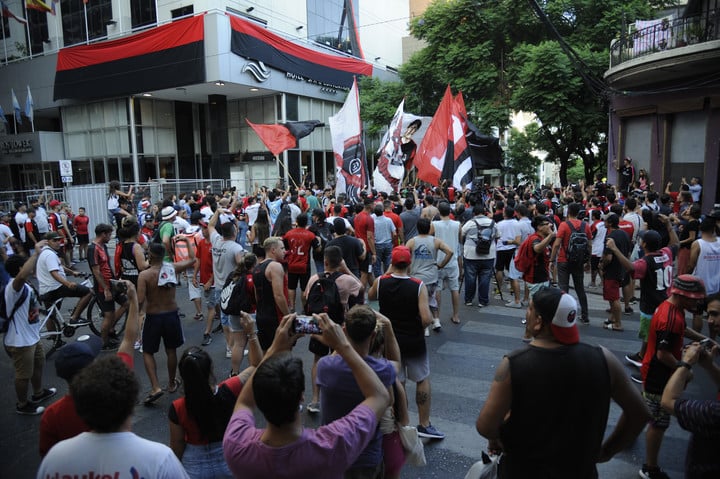 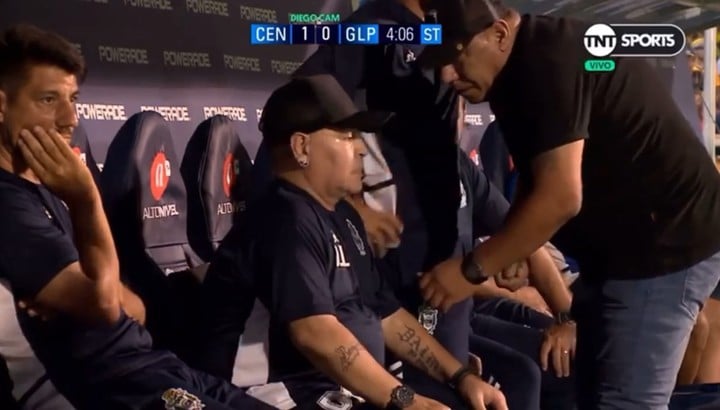 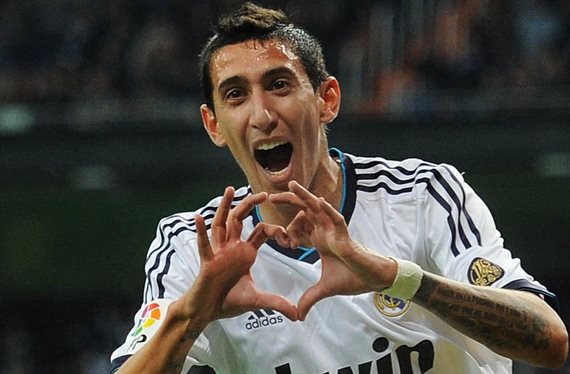 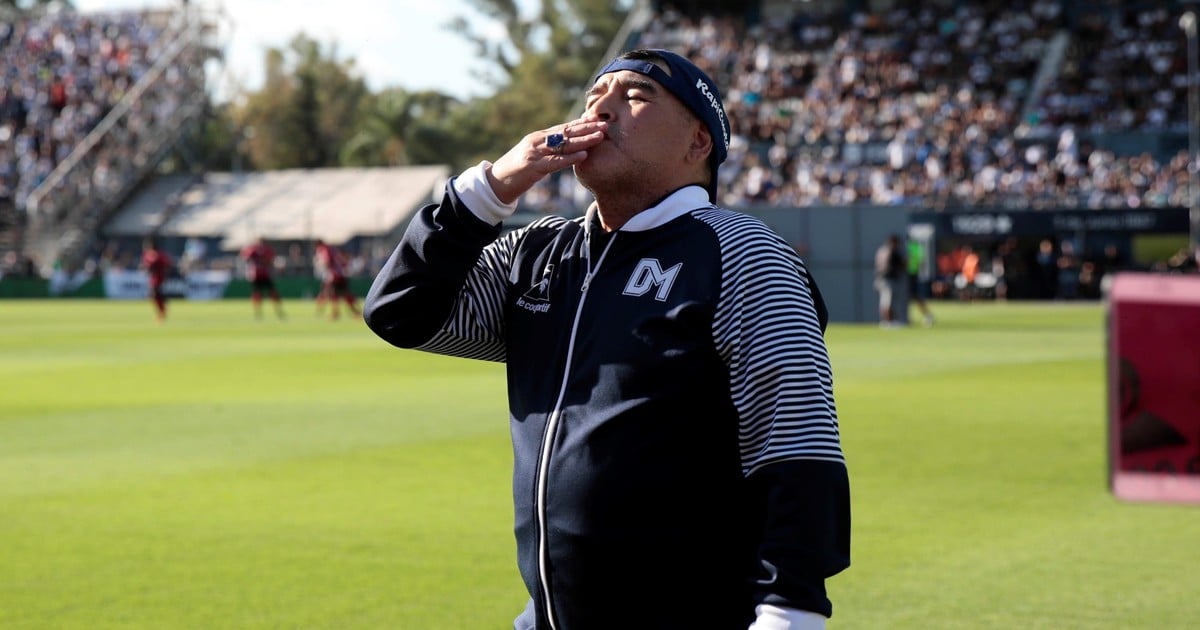 Central and Gymnastics play a direct duel, with Maradona at the center of the scene

Maradona is presented as a gymnastics and fencing technician 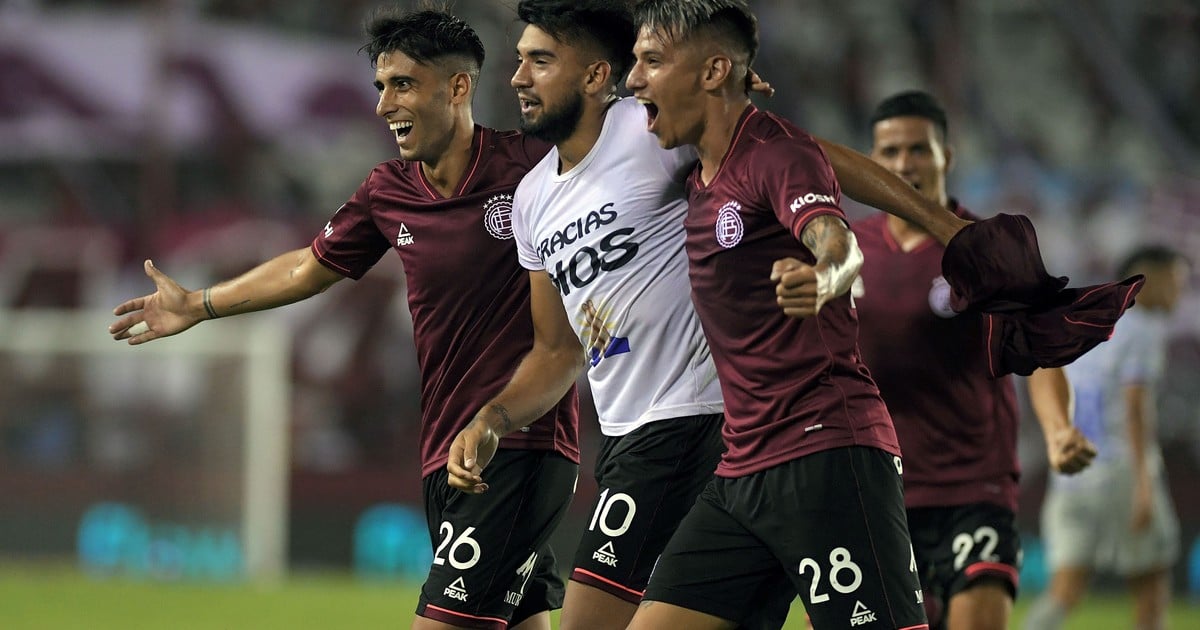 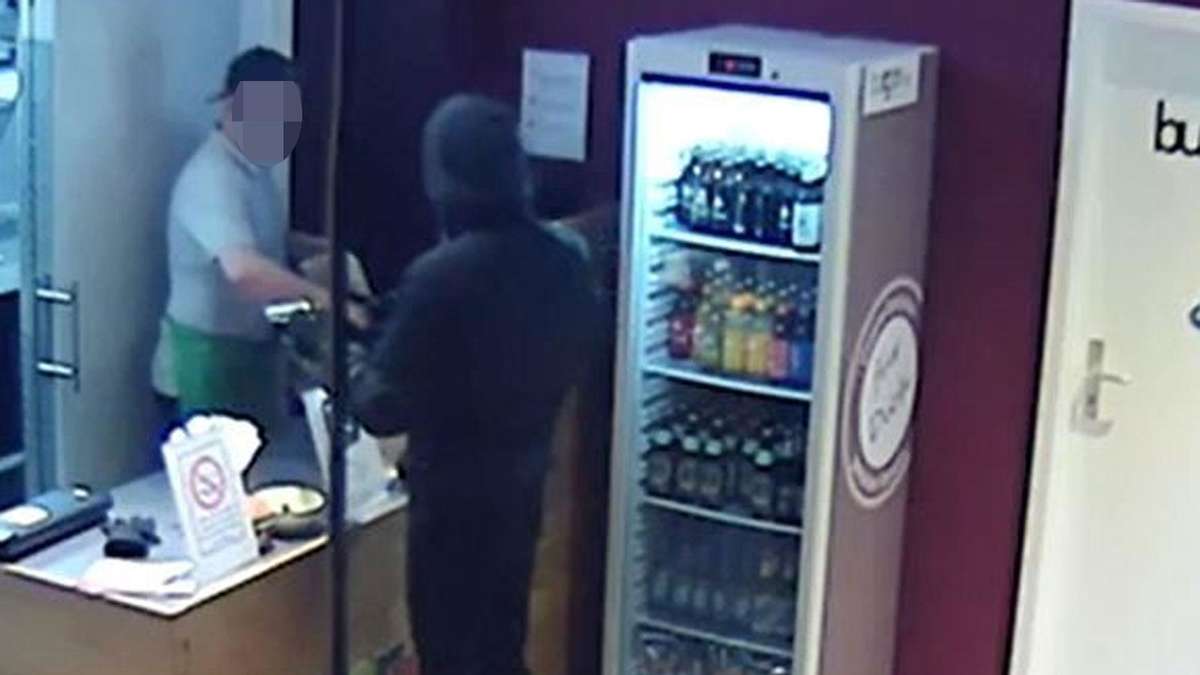 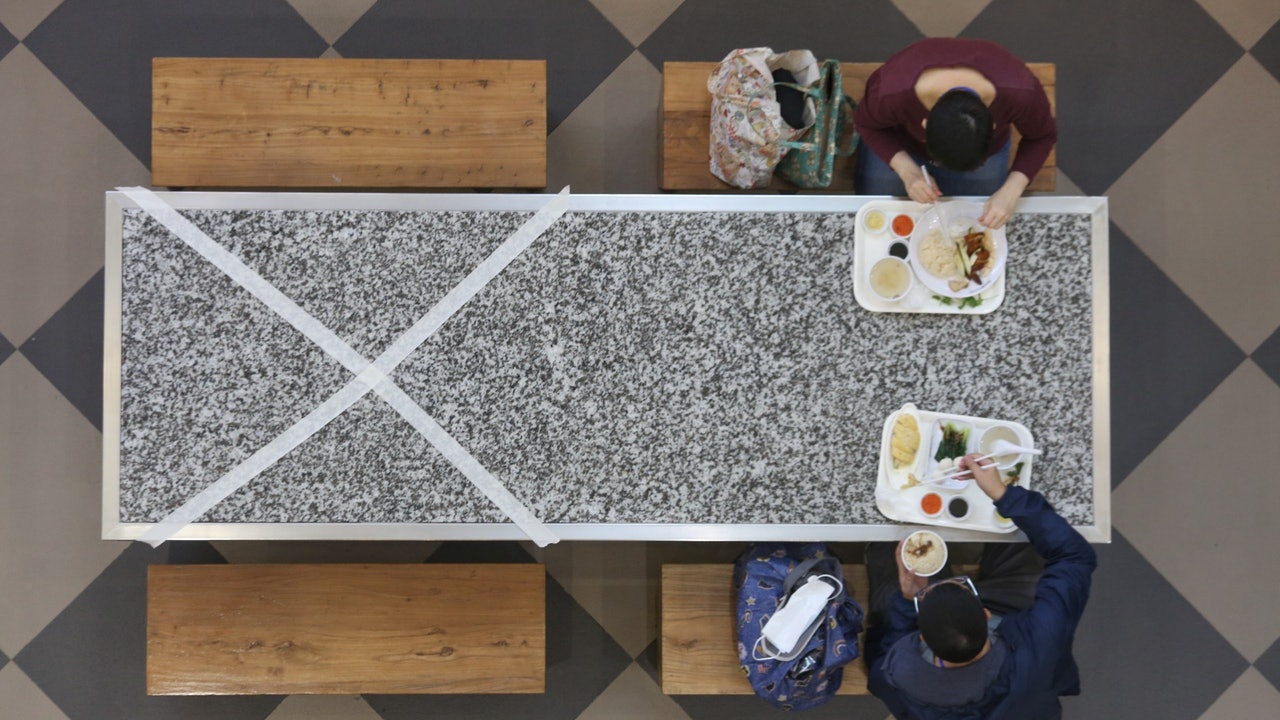 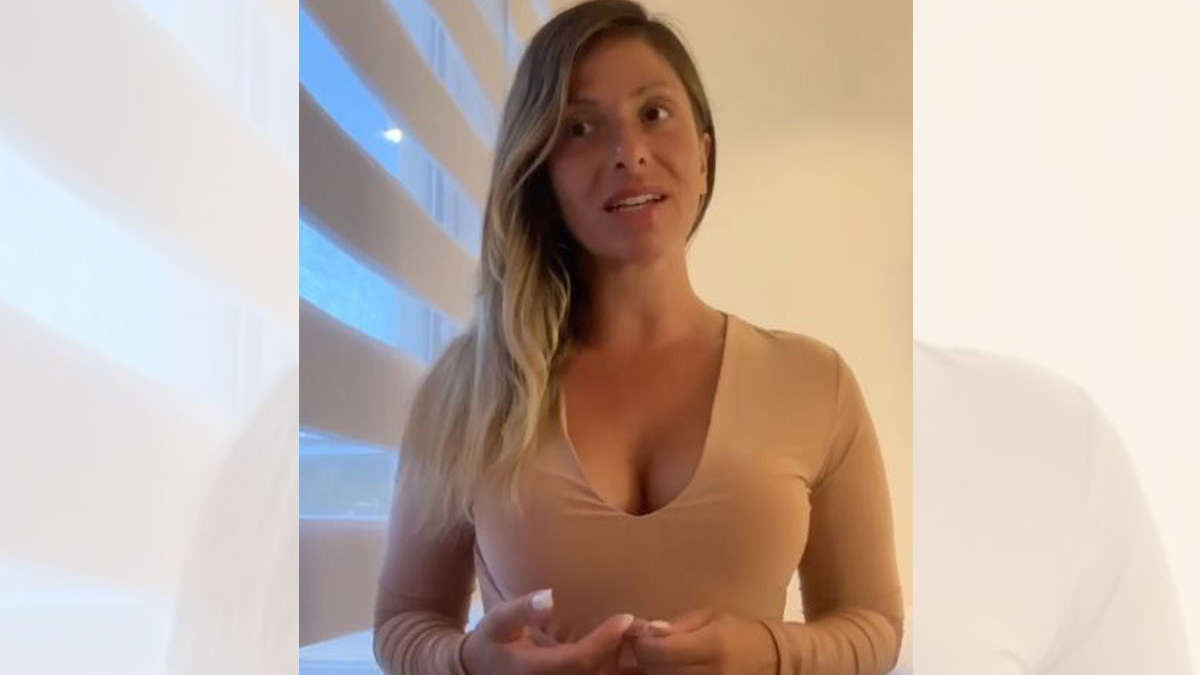