Fear of the Government of Nicaragua

Doctors denounce the lack of government action and organize for when the worst comes. 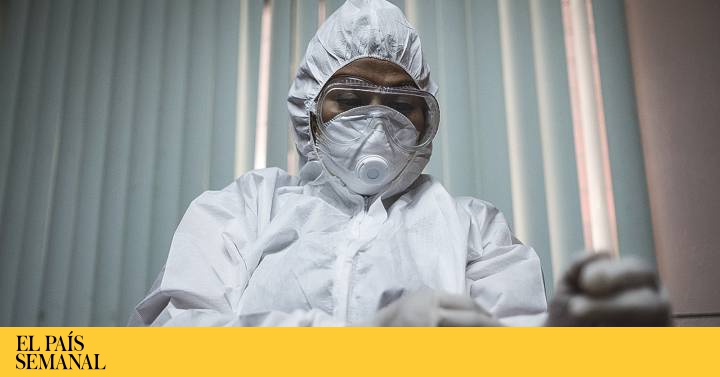 Dr. Karen Ojeda Peralta stands at the entrance to her clinic in a martial position. With the small spray bottle that previously contained a hair product, he targets his patients' shoes. Spray the soles with alcohol and only in this way relax the posture, and let them enter the office, where they immediately apply antibacterial gel to their hands. The Nicaraguan doctor takes the threat of covid-19 very seriously, even before the government of Daniel Ortega reported the first positive case on March 18. Undoubtedly much more than the country's president, who has been absent for 34 days.

Dr. Karen Ojeda in the Plaza de la Revolución, Managua, in front of the National Palace of Culture. Carlos Herrera

Ojeda Peralta is not an epidemiologist, but she is sure that the coronavirus in Nicaragua will be catastrophic in the face of preventive inaction by the Government. In her gynecological office located in the Altagracia neighborhood, in Managua, the doctor collects N-95 masks, protective suits, glasses, disposable gowns and boxes of latex gloves. "When the capacity of the health system is exceeded, and what happens in Ecuador, they will even call all private doctors to provide care," he says. Dr. Ojeda Peralta is determined to go to hospitals when the time comes, although neither her mother nor her husband want her to come. "They tell me to think about my children ... But I told my family that I am a doctor, not a cashier. I can't stay home when everything gets worse. It is my duty ”, he assures. The doctor criticizes that the Sandinista government promotes agglomerations, does not declare quarantine, and that the Ministry of Health does not carry out sufficient tests to determine the actual progress of the virus. And, above all, he condemns that his colleagues in public hospitals are not allowed to wear protective equipment to care for patients.

Nicaragua suffers from "epidemiological blindness". That is the conclusion of the experts, since the health authorities do not carry out a massive sampling. Alarms have been triggered in hospitals by an outbreak of "atypical pneumonia." The same Ministry of Health revealed that until March 24,107 cases of “pneumonia” and 70 deaths from the same pathology were recorded. Pulmonologists report that these patients are not tested for covid-19 and that Nicaragua has only 160 respirators, of which 80% are in use.

The Government has decided not to decree quarantine, because the health spokespersons have classified the measure as "alarming and extreme". The same president, Daniel Ortega, minimized the impact of the pandemic in Nicaragua on April 15, after appearing after a 35-day absence. The president argued economic reasons for not isolating the country from 6.3 million inhabitants and assured that the health system is "90% ready" to face the epidemic, both in terms of capacity and its stock of drugs.

"We are unprotected. No leadership has been seen, "says Ojeda Peralta when we ask him to rate the government's management. "If as a government you do not say what is really happening, people will not understand the magnitude of the problem," he adds. The gynecologist circumvents the shortage by looking for N-95 masks and protective suits on the Facebook Marketplace and other sites that open the doors to the informal market. It is not ideal, but it is what it is. Inventories of formal companies have been left empty due to the whirlwind of citizens who bought face masks, gloves and alcohol, despite the fact that the Government did not issue guidelines on this matter.

Nicaraguans imposed a voluntary quarantine on them and adopted the masks as a sine qua non to go out on the streets. However, a few weeks ago several citizens reported that they were physically assaulted by government supporters, who ripped off their masks with the cry of "they are not necessary." Although these episodes stun the population, the demand for masks does not stop.

“When I find masks or gloves, I immediately call my colleagues in hospitals and tell them I have such a thing. Then I buy them and take them away, because the Minsa does not provide them with the adequate equipment, ”says Ojeda Peralta. A set of N-95 mask, a protective suit, glasses, gloves, a gown and other supplies costs between 30 and 40 dollars (about 30 euros) in the informal market. Due to the avalanche of criticism, the Government announced this week that Taiwan donated 280,000 masks to "strengthen the work and guarantee the protection" of health personnel.

"Doctors in this country are alone. Although we cannot buy all the right equipment, at least we try to be as prepared as possible for when the worst comes and they call us, ”says the gynecologist. She is convinced that the call will be soon.

Pandemic with gangs in El Salvador

This is how the gangs monitor the quarantine compliance.

Invisible in the Andes of Colombia

Tens of thousands of indigenous families report defenselessness in the face of the pandemic in the Andean country.

The confinement has decreed a cultural blackout in one of the capitals most attached to the theaters and bookstores in the world.

Caravans of cars ask for the lack of confidence between conspiracy echoes and the president defends that an economic crisis will be worse than the virus. The country's political polarization adapts to the health crisis.

Inmates without gasoline in Venezuela

The severe fuel shortage has made quarantine even more fierce under the Nicolás Maduro regime. Even workers in essential sectors have no way of getting around.

The virus that silenced Chileans

The camera that broadcast the outbreak of Santiago's anger now shows an empty plaza as efforts to control covid-19 multiply.

Another invisible earthquake in Mexico

The story of a mother and her son shows the drama experienced by the 30 million Mexicans who subsist thanks to informal trade these days.

At the US-Mexico border: "Does anyone need a doctor?"

The Cuban exile community awaiting US asylum in northern Mexico forms a vulnerable group with many health workers ready to help.

Fear of the Government of Nicaragua 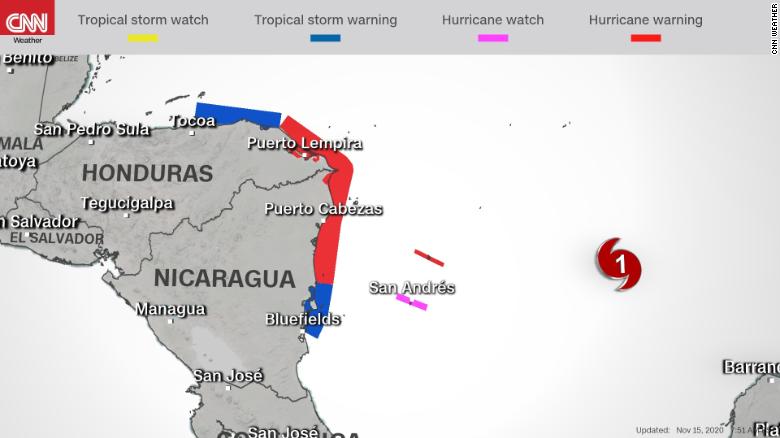 Iota is already a category 4 hurricane and threatens Central America

Iota is already a category 2 hurricane and threatens Central America 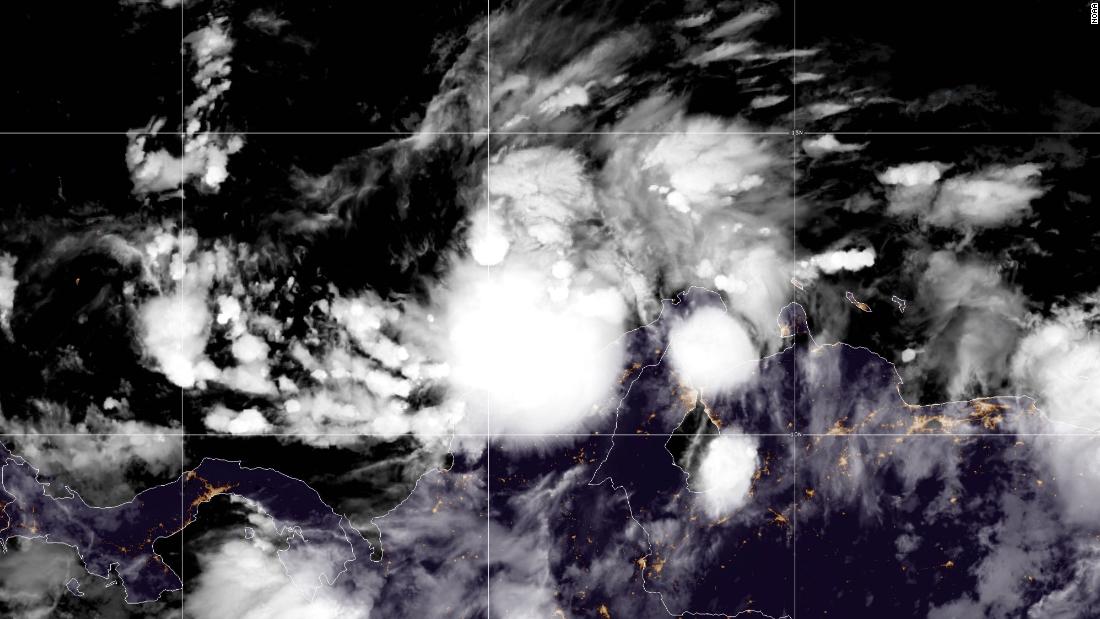 OPINION | Coronavirus: when to put on the mask seems like a subversive act 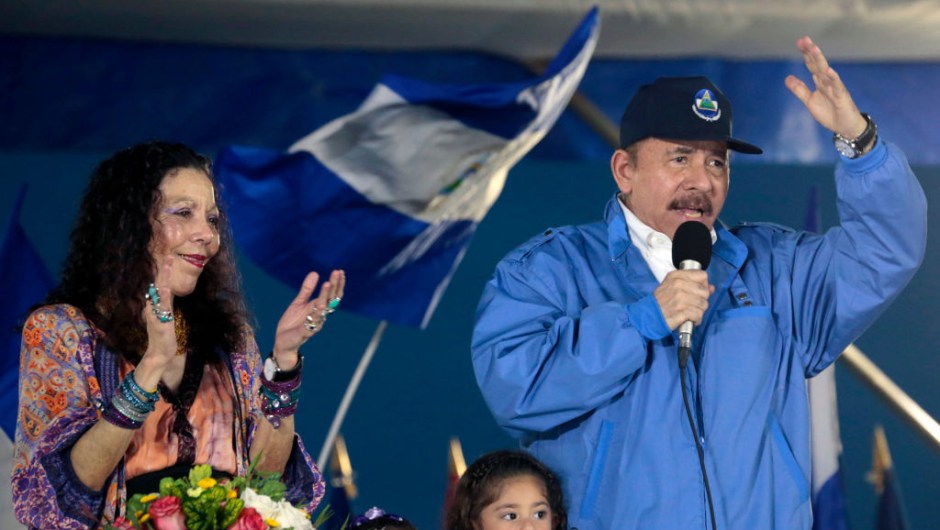 European Parliament approves sanctions against the Government of Nicaragua | CNN 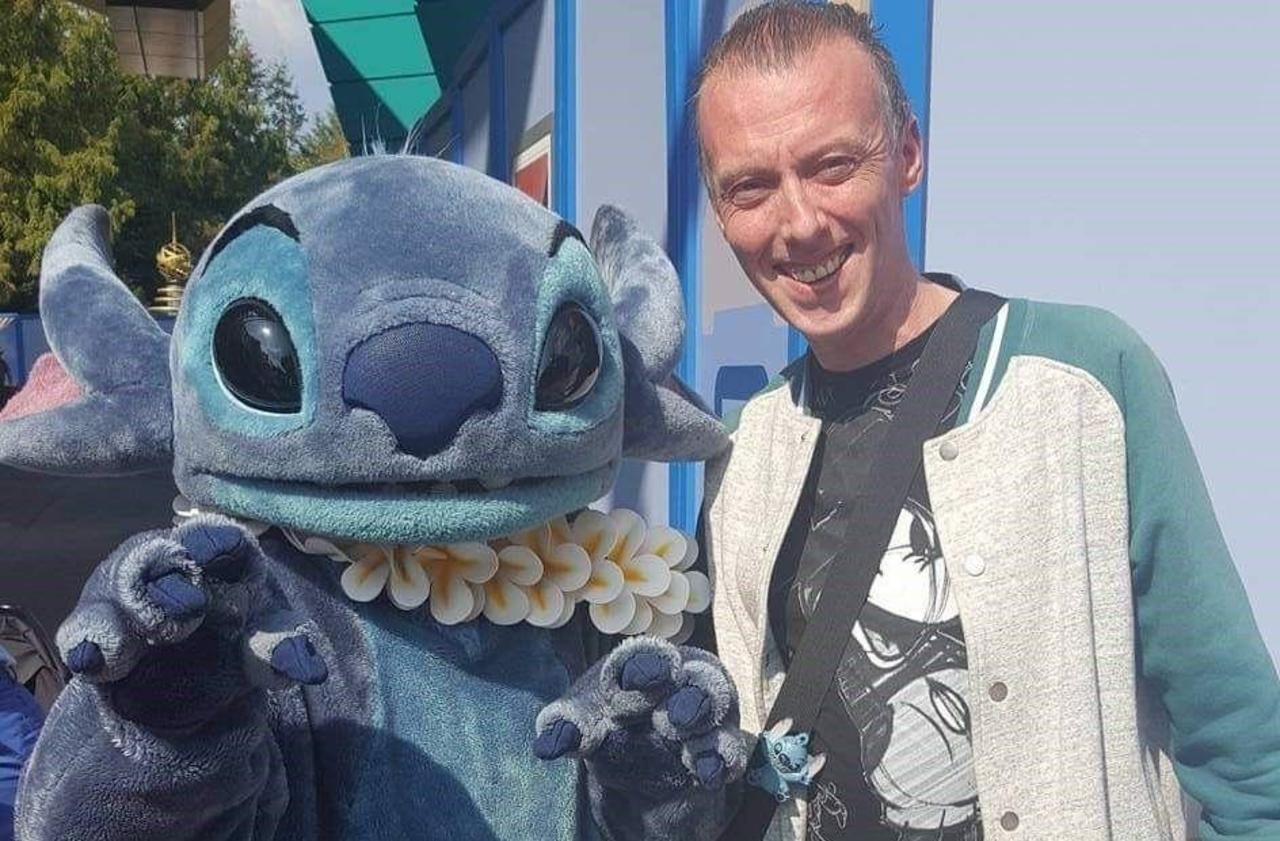 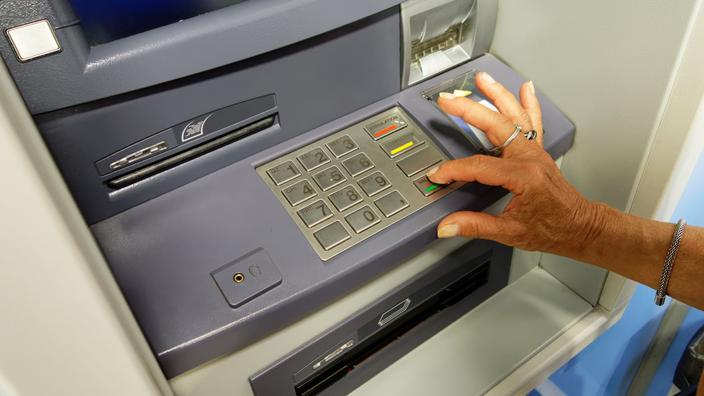 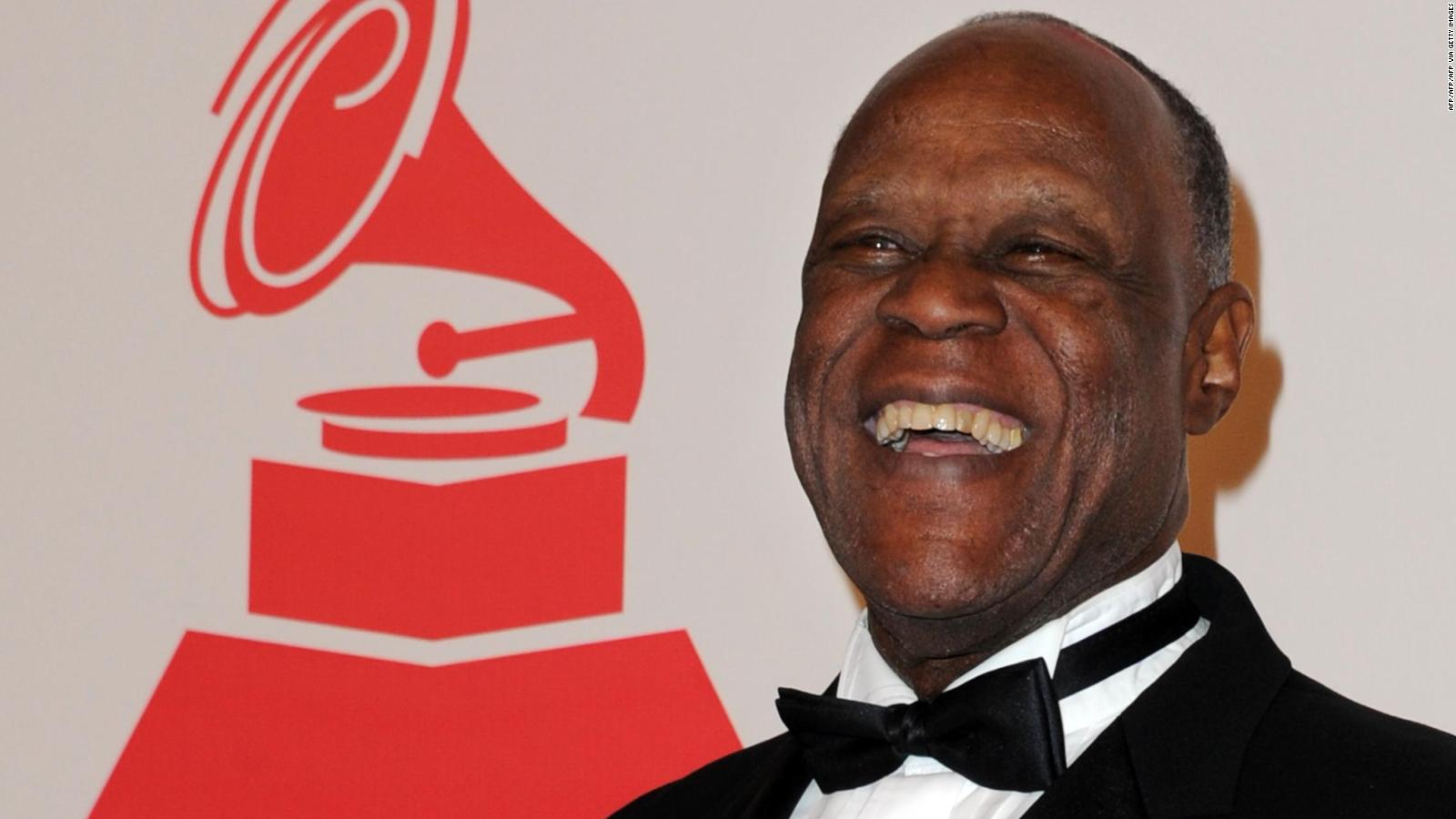 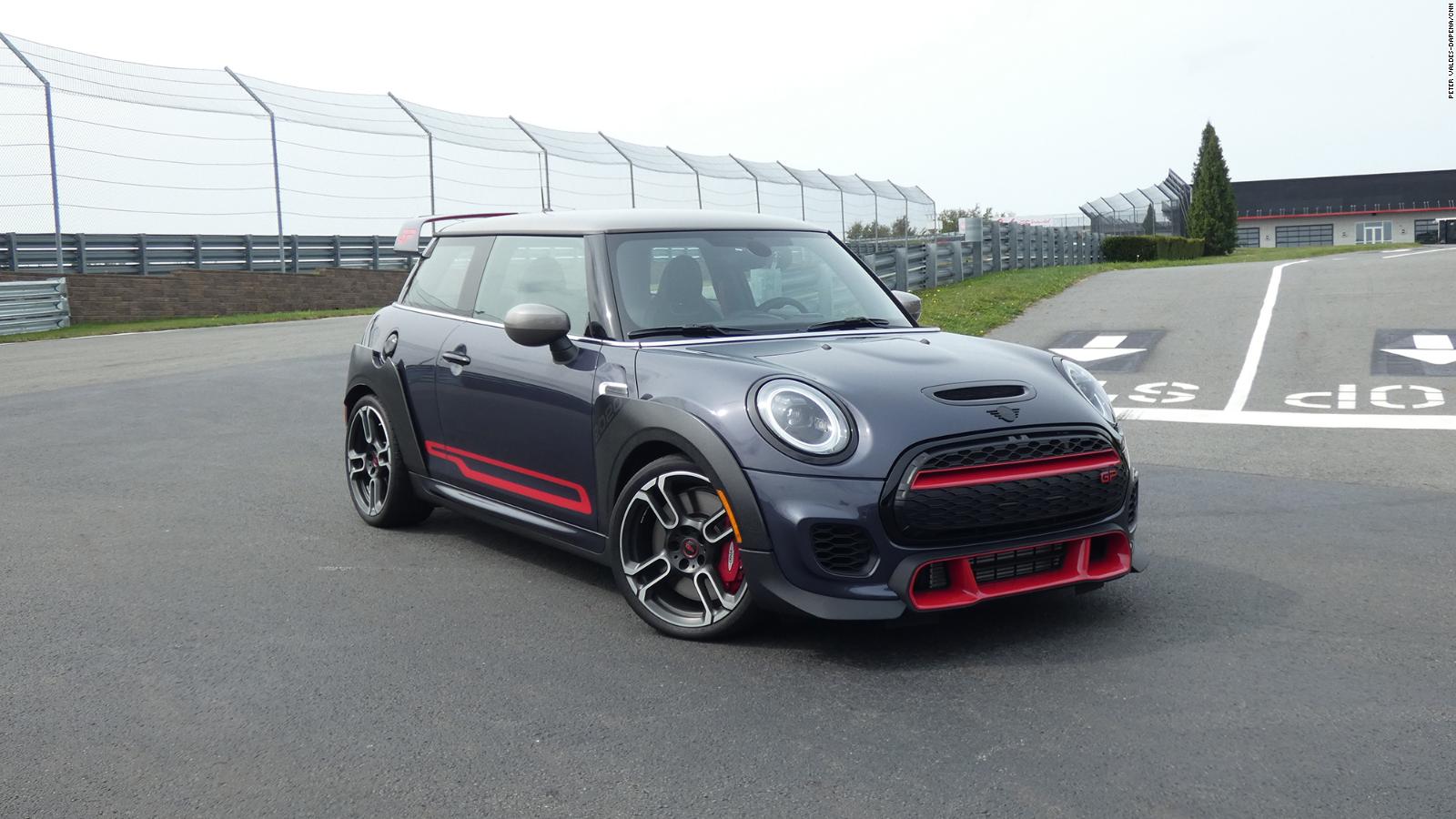 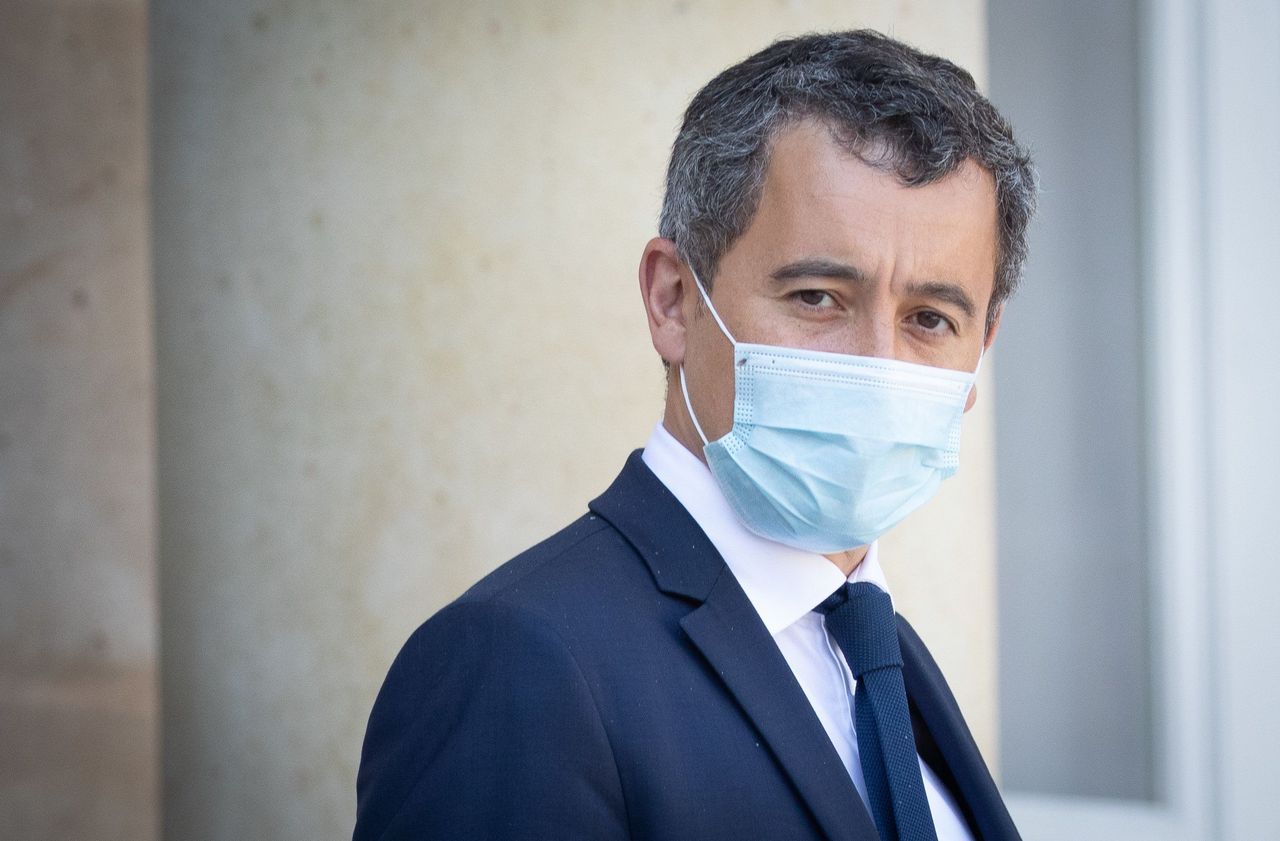 Twitter vs. Trump: Will the US President soon lose his most important mouthpiece? Followers are already running away from him
2020-11-27T23:35:16.986Z