She almost paid for her protest with her death: Nasrin Sotoudeh, a lawyer imprisoned in Iran, received the Alternative Nobel Prize. Three other activists were honored for their struggle. 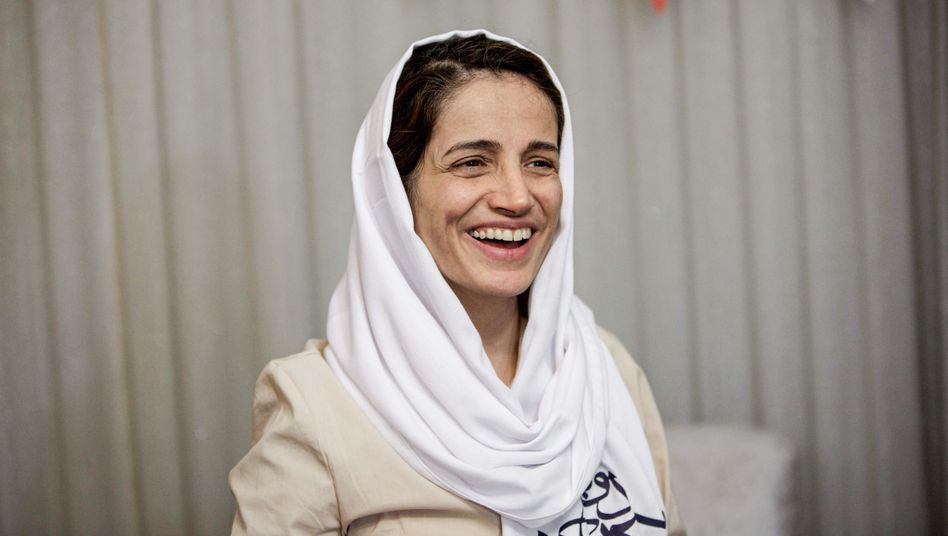 This picture of the Iranian lawyer Nasrin Sotoudeh was taken in 2013. She protested the conditions of her detention with a hunger strike this year

There are people who are so committed to other people's lives that they endanger their own lives.

She is in an Iranian prison for demonstrating against the regime and for justice in her country.

She is fighting to ensure that more land is not stolen from the people of her homeland, Nicaragua.

fighting against racism in society and criminal law in the USA, and he is campaigning against the death penalty in his country.

Ales Bialiatski has been

campaigning for democracy in Belarus for 30 years, a country where President Alexander Lukashenko holds power through electoral fraud and the oppression of opposition members.

This year they have all been awarded the Right Livelihood Award, the Alternative Nobel Prize.

We would like to introduce these four people and what they stand for.

"Every woman must be able to decide for herself about her body and her clothes."

She was arrested five days later.

Sotoudeh and her husband Resa Chandan are among the most renowned human rights activists in Iran.

Sotoudeh had previously been in custody, in Evin Prison, a notorious torture facility in Tehran.

But this time she was sentenced to 33 years in prison and 148 lashes.

Sentenced to 33 years in prison and 148 lashes: Nasrin Sotoudeh, here in Tehran in 2017

Sentenced for campaigning for the rights of children and women, for dissidents.

The Green politician Omid Nouripour writes in a guest post that Sotoudeh always had to pay a high price for her convictions, and that she stood up for justice at the cost of her life.

Sotoudeh went on a hunger strike to draw attention to the dire detention conditions.

She is not doing well, her husband told SPIEGEL, she weighs less than 47 kilos, is weak, has been moved to an emergency room, but is now back in prison.

He says, "We haven't seen her at all for the past month and a half."

At the beginning of August there was an election in Belarus, after which the long-term ruler Alexander Lukashenko once again declared himself the winner.

The EU does not recognize the election, the opposition in the country speaks of massive electoral fraud.

And the people, they have been roaming the streets of Minsk since then, demonstrating for fair elections, for a change of power, against this Lukashenko, who has headed their country for 26 years, has opponents arrested and kidnapped who does not care about democracy.

Who responds to protests with violence.

has often felt the harshness of the Belarusian power apparatus.

He has been campaigning for democracy and freedom in Belarus since the 1980s; he founded the human rights center Viasna.

Bialiatski is part of the Belarusian Coordination Council, founded by civil society and the opposition to achieve a peaceful change of power.

The past few weeks have seen how dangerous this engagement is: many opposition activists have been arrested or kidnapped.

Some are in exile.

On September 27, after 100 days of protest against Lukashenko's election fraud, Bialiatski posted a photo of himself on Facebook: he made a peace sign with his fingers, a white and red flag hangs over his shoulders.

Ever since Lukashenko came to power, she has been the symbol of resistance.

"Each of us is more than our worst act."

In it he takes apart the violence of the police and the arbitrariness of the judiciary in the USA.

In 2020, after the violent killing of George Floyd, the subject is as current as it was five years ago.

According to Stevenson, the prison system in the USA is based on injustice and serves to give a legal form to a racism that is still present.

Bryan Stevenson: The lawyer fights against racism in the USA

He takes stock of a country that invokes the spirit of freedom and enlightenment, but where racism often determines which path someone can go and which not.

As a black citizen one is constantly suspected, accused, observed suspiciously, found guilty.

Stevenson is also campaigning for the abolition of the death penalty with his "Equal Justice Initiative".

He saved more than a hundred death row inmates from execution in the state of Alabama alone, he says: Most of the victims of the US justice system are poor, have poor access to education and are black.

"The state of Nicaragua is still not doing anything to protect the indigenous people."

The lawyer belongs to the indigenous group Miskito, a people who live on the border between Nicaragua and Honduras, on the Atlantic coast.

The area of ​​around 100,000 Miskito has been devastated by hurricanes on several occasions, but the biggest problem facing Miskito is people.

Action against land grabbing and for the rights of indigenous peoples: Lottie Cummingham Wren (right)

Like many others in Latin America, the group is threatened by farmers, some of whom are armed, who are stealing their land, exploiting it and curtailing their living space.

The Nicaraguan state encourages this exploitation by supporting the raw materials industry and thus contributing to the fact that water is scarce and it is difficult to survive in the areas of the indigenous people.

Lottie Cunningham Wren worked out legal principles that indigenous people around the world use to defend themselves.

For Cummingham Wren, protecting indigenous people is closely related to protecting the environment.

She is a champion against the construction of the gigantic Interoceanic Grand Canal, a canal that will connect the Atlantic and Pacific Oceans, financed by China.

The construction would cut through the Miskito areas and destroy ecosystems.

About the Alternative Nobel Prize:

, translated as "Prize for the right way of life", is also known as the Alternative Nobel Prize.

He is at a critical distance from the traditional Nobel Prizes.

About the 2020 award winners, the director of the Livelihood Foundation Ole von Uexküll said they had resisted unjust legal systems and dictatorial political regimes and said: "It is high time that all of us who believe in democracy around the world stand up and support one another. "

and the Congolese doctor 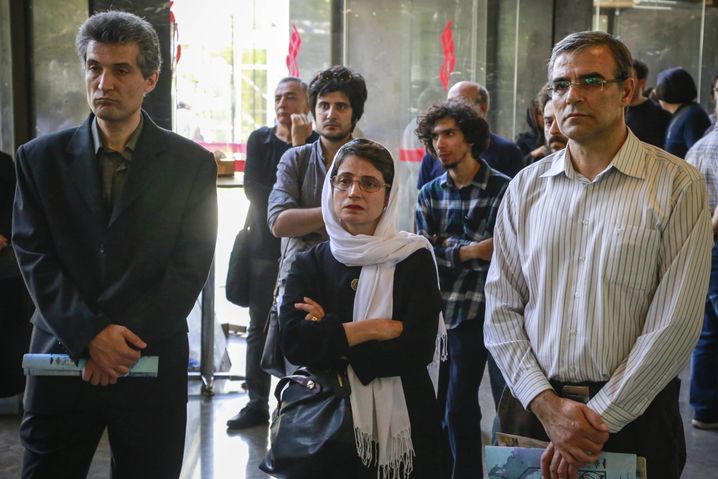 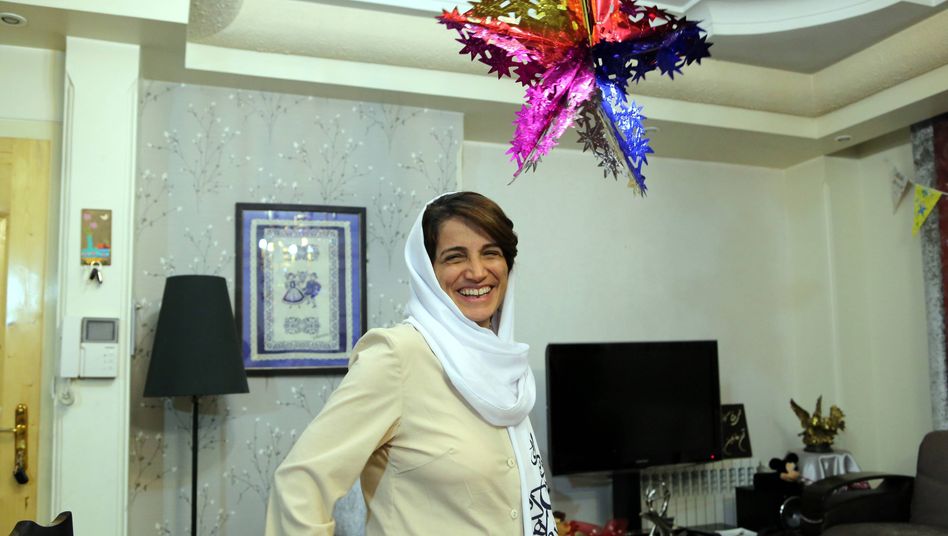 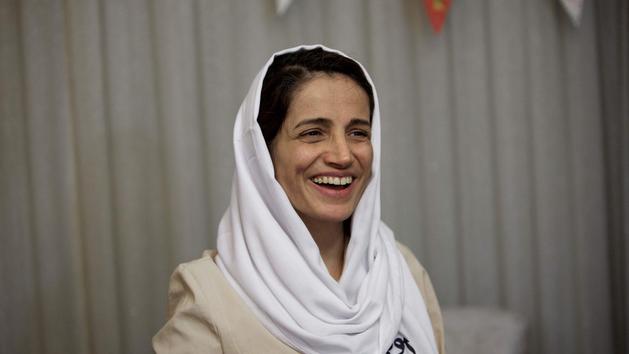 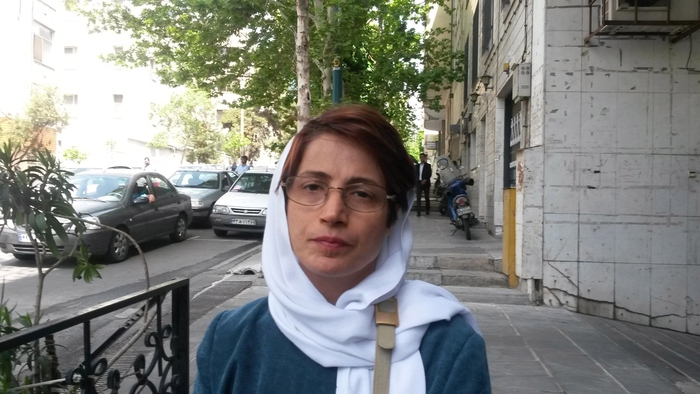 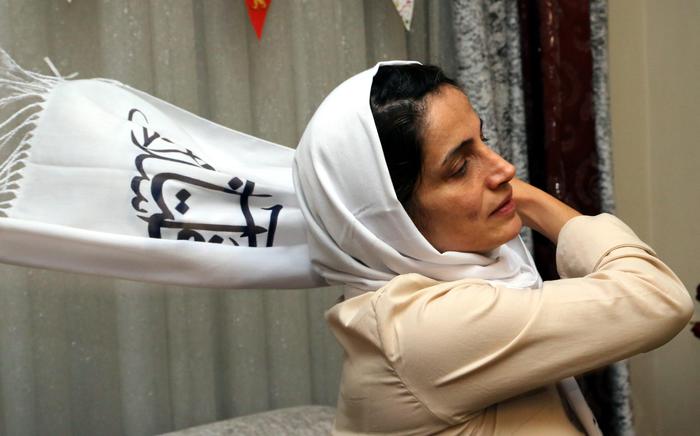 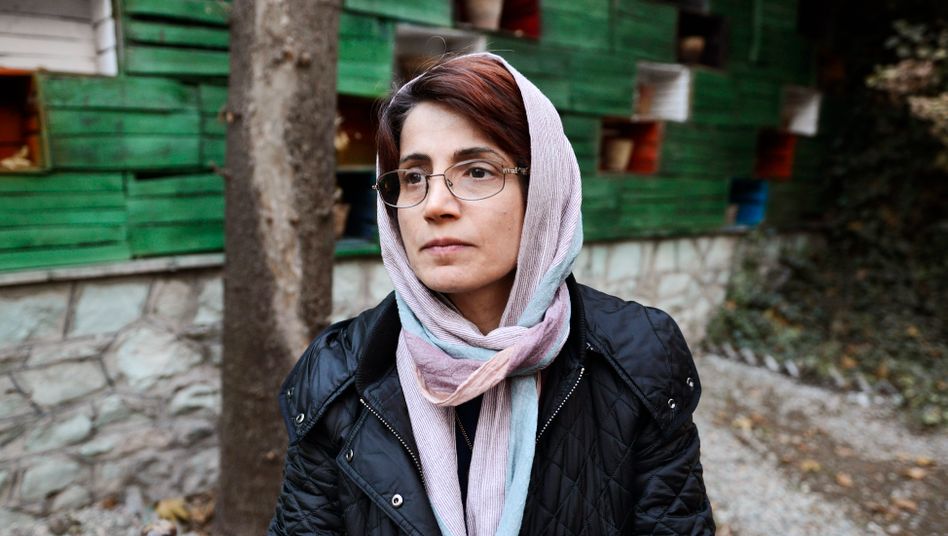 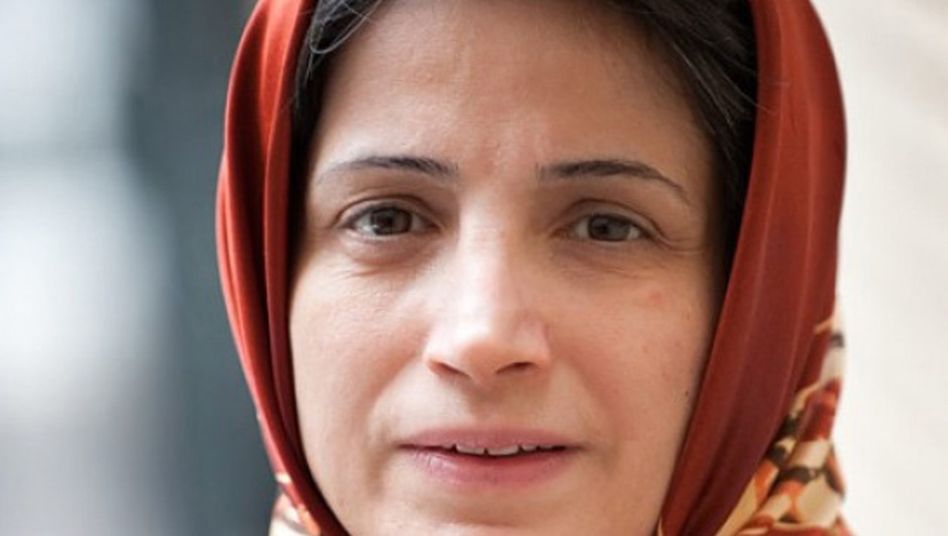 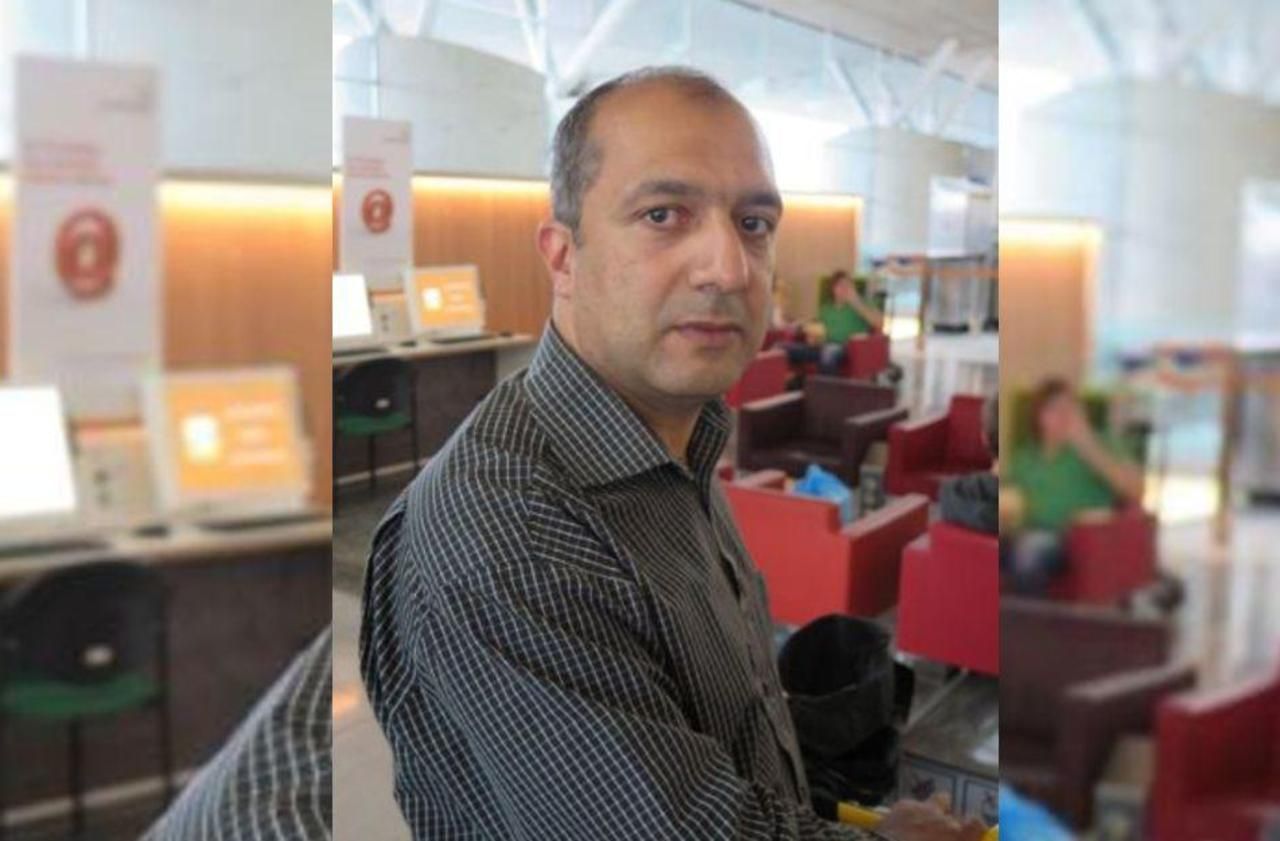 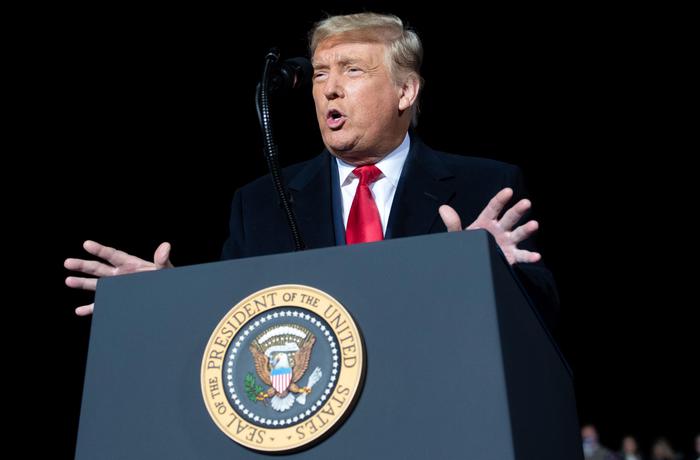 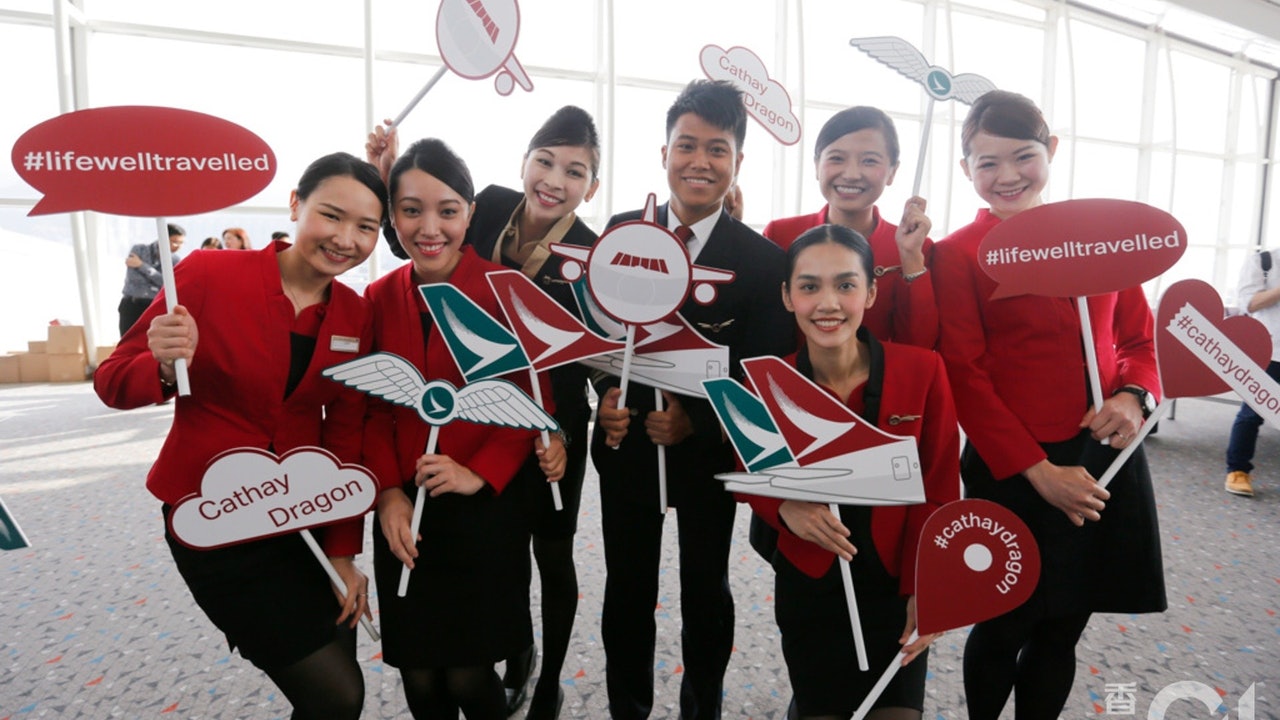 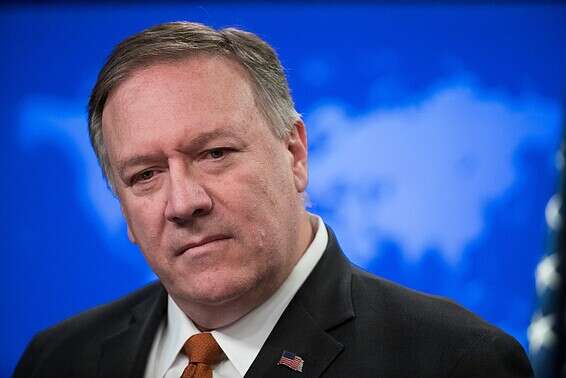