Italy erupts in wave of violent protests against coronavirus restrictions

Opposition and government partners pressure Prime Minister Conte after latest anticovid measuresThe new restrictions to stop the contagion of Covid-19, among them, the closing at six in the afternoon of bars, restaurants and places dedicated to culture, have caused a wave of protests in Italy that is already spreading through several cities, from north to south of the country, and that has placed the level of social discontent at unprecedented thresholds in recent times. Last spring, the pop 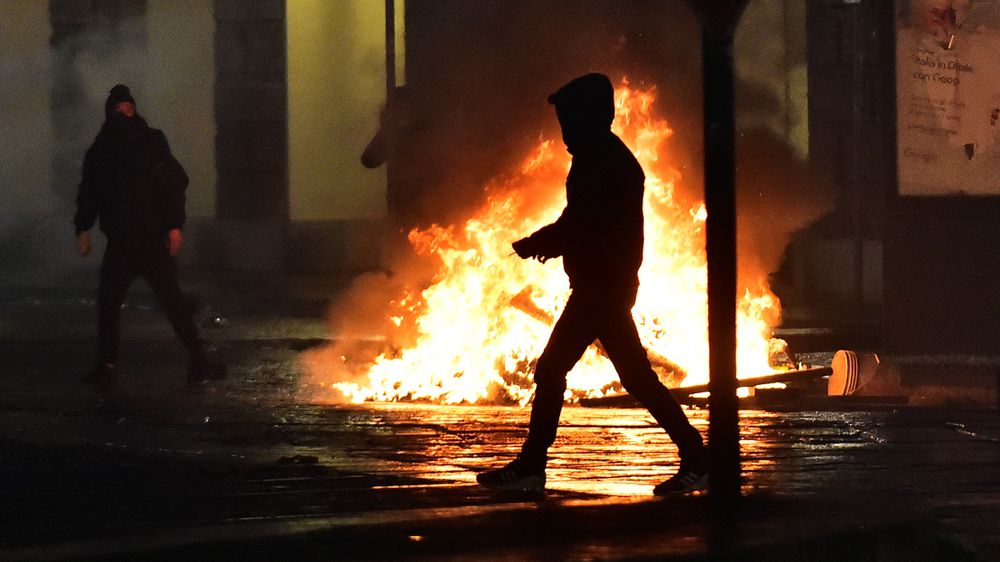 The new restrictions to stop the contagion of Covid-19, among them, the closing at six in the afternoon of bars, restaurants and places dedicated to culture, have caused a wave of protests in Italy that is already spreading through several cities, from north to south of the country, and that has placed the level of social discontent at unprecedented thresholds in recent times.

Last spring, the population abided by the severe confinement with resignation and obedience, except for isolated episodes, mainly in southern Italy, where the number of workers who receive their salaries in black is very high, and therefore, cannot access the official aid.

This Monday, 17,012 new infections were registered and there were 141 deaths.

With an increasingly deteriorating economy, growing anger and uncertainty that occurs in many sectors, and with the shadow of a new general shutdown, social unrest threatens to become a powder keg for the Italian Government.

In some places, such as Rome, Naples or Trieste, merchants and workers from the most punished sectors, such as taxi drivers, employees of the hotel industry, sports centers or merchants have taken to the streets these days to peacefully protest against the closure of cinemas, theaters and gyms.

Also against the closure of bars and restaurants at six in the afternoon.

But on several occasions the demonstrations have led to violent riots with clashes with the police, looting of businesses, burning of containers, and throwing of Molotov cocktails.

There are at least a dozen detainees.

In Milan, on Monday several hundred people demonstrated against the restrictions and some groups threw flares and firecrackers at the police.

Some protesters, most with their faces covered, came to the building of the headquarters of the regional government of Lombardy and threw stones, bottles, firecrackers.

They also overturned several garbage containers that were found in their path.

During the clashes, a policeman was injured and two protesters were arrested, according to local media.

In Turin, a group of hooded ultras threw flares and firecrackers at the forces of order in the central Plaza Castello, smashed the windows of several shops in the vicinity with stones and injured a photographer.

The police used tear gas to disperse the violent.

In northern Trieste, where associations of small businessmen and merchants took to the streets, there were also moments of tension when several protesters threw objects in the direction of the headquarters building of the Government Delegation.

“Freedom, freedom, we want to work!” Is the main cry that is repeated in the protests.

This type of demonstration started in Naples this weekend and from there it has spread to other parts of the country.

The Interior Ministry has warned of the infiltration in the protests of criminal clans and extreme right groups, which are also joined by virus deniers, with the aim of causing chaos.

Prime Minister Giuseppe Conte tried to call for calm last Sunday, when he announced the new restrictions and reported on the economic support measures for the victims.

"If I were on the other side, I would probably also feel anger against the government," he said.

The opposition stands out from the riots, but joins the wave of discontent by pressing the Government to approve new aid for the most affected groups.

It is not the first time that the far-rightists Matteo Salvini, from the League and Giorgia Meloni, from the Brothers of Italy, who have already organized peaceful protests and

in the squares, have tried to take political profit from the riots in the streets.

Giuseppe Conte, who skyrocketed his popularity inside and outside Italy with his management of the first wave of the pandemic, finds himself increasingly alone, amid the attacks of the opposition, of his own coalition allies and with more and more sectors against.

Such as employers, unions, workers in the world of culture, entertainment or restaurateurs and merchants.

Matteo Renzi, from Italia Viva, one of his partners in the Government, has asked him to change his last decree and has slipped that otherwise he could distance himself from the coalition and let the Executive fall.

"Closing bars and restaurants at 6:00 p.m. and places of culture do not reduce infections, they increase the number of unemployed," he declared.

Some flanks of the 5 Star Movement, the party that raised Conte as prime minister, have also cried out against the new measures.

does not think about loosening the restrictions.

His conviction is to endure this month of partial closure to try to save Christmas.

Italy erupts in wave of violent protests against coronavirus restrictions

Corona: In Italy the great death has started again - government is planning massive tightening of measures 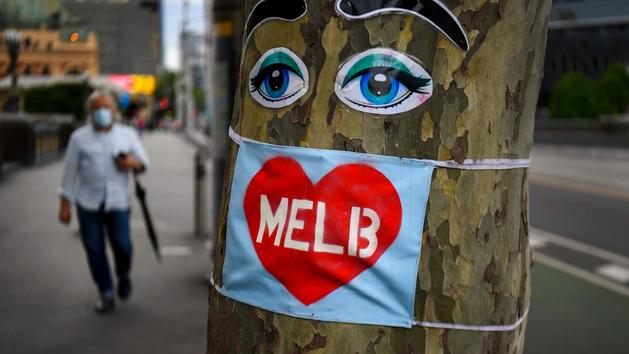 Coronavirus: new record of cases in the world, WHO worries about "vaccine nationalism" 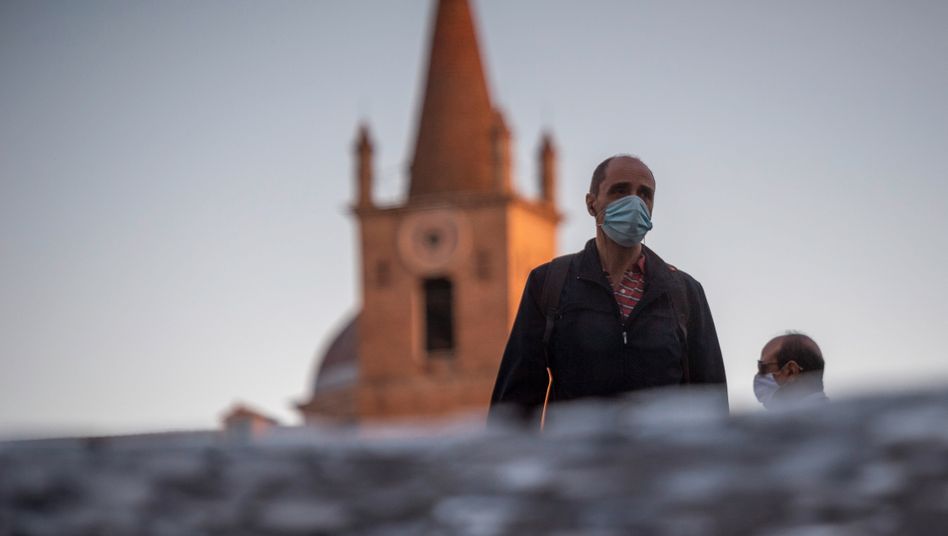 Italy tightened measures in the fight against corona

Coronavirus: Italy airs its anger over the new restrictions on another night of riots and looting 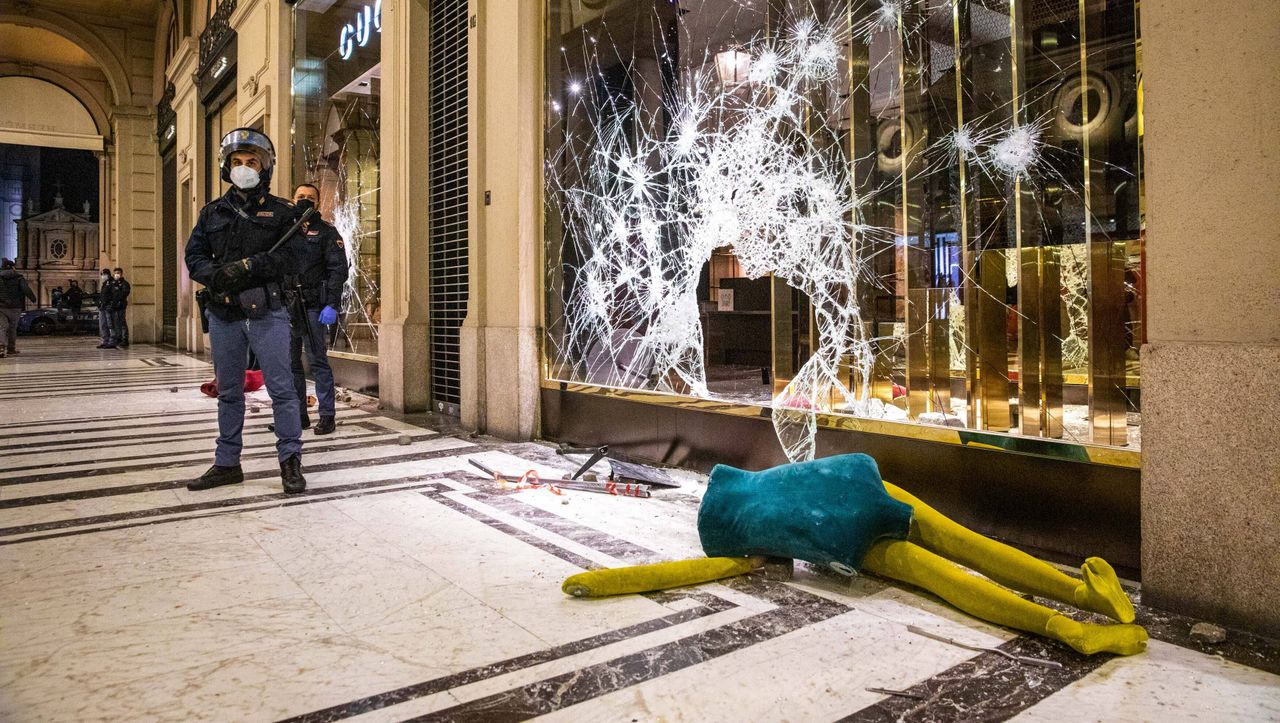 Corona measures in Italy: riots during protests in Turin

Corona in Italy: More infections than ever before in 24 hours - Germany declares the whole country a risk area 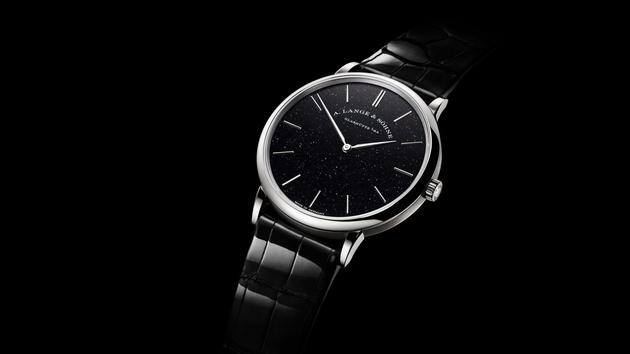 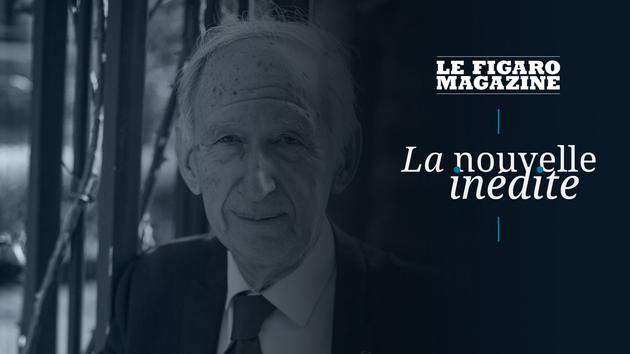 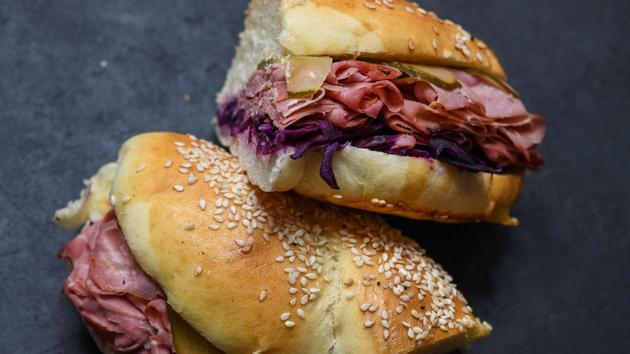 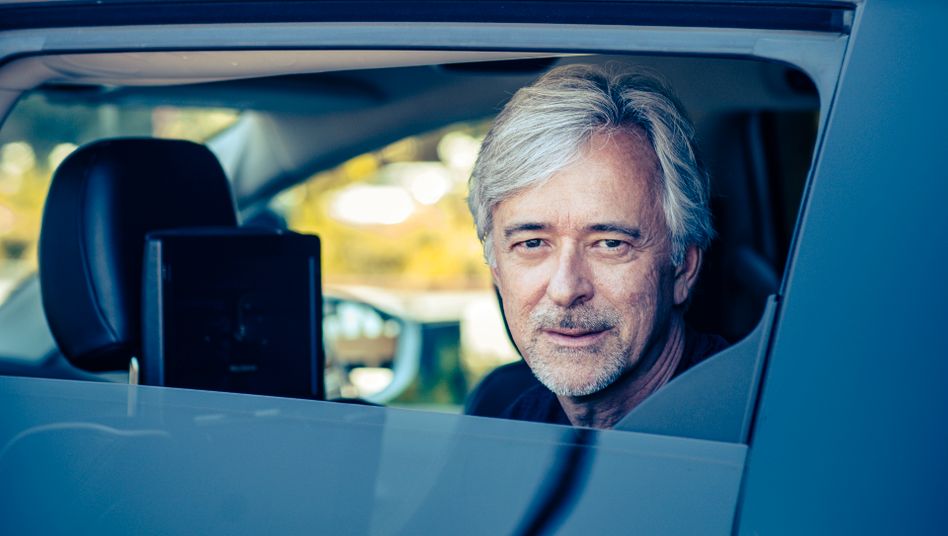 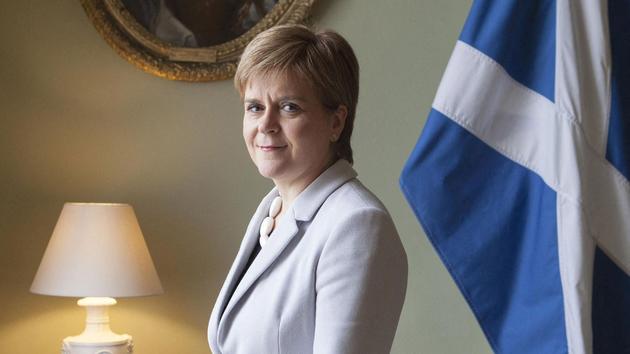 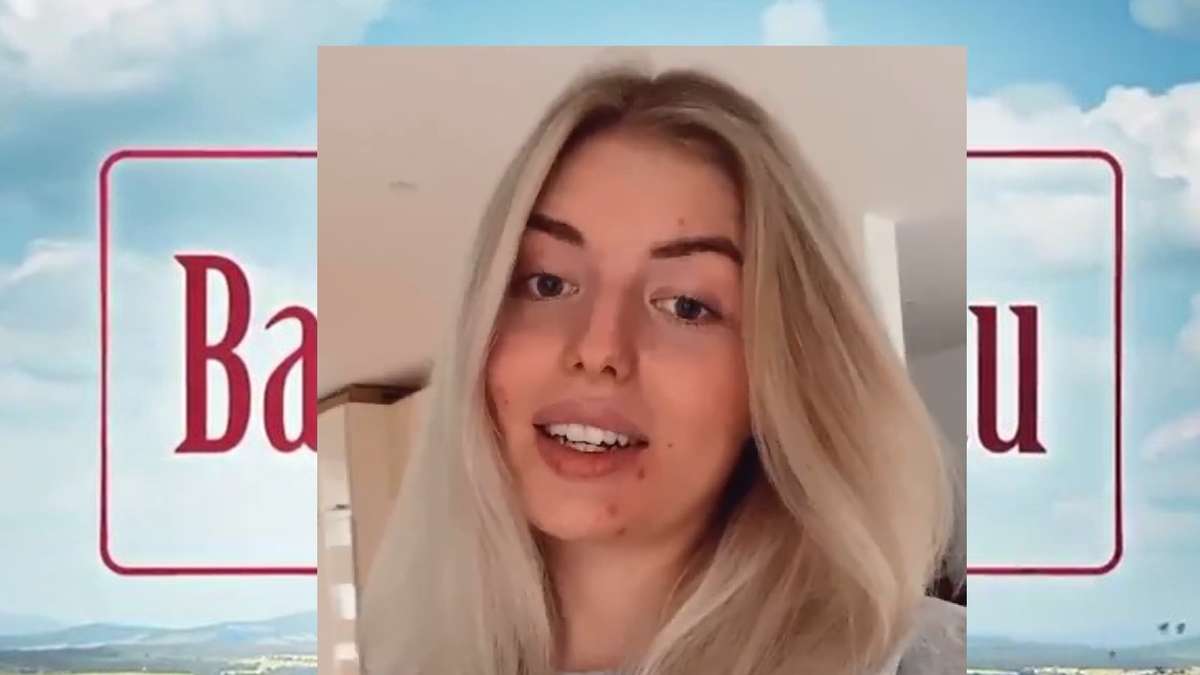 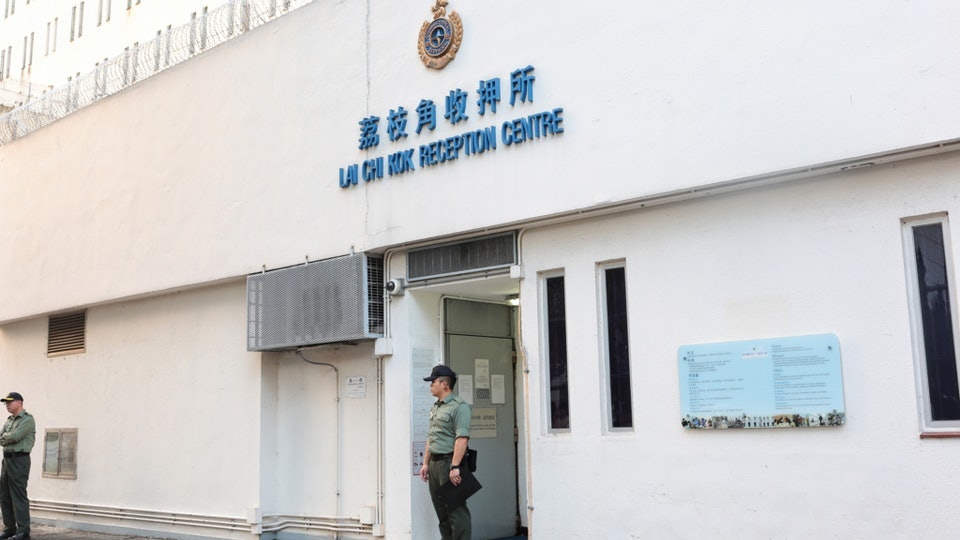 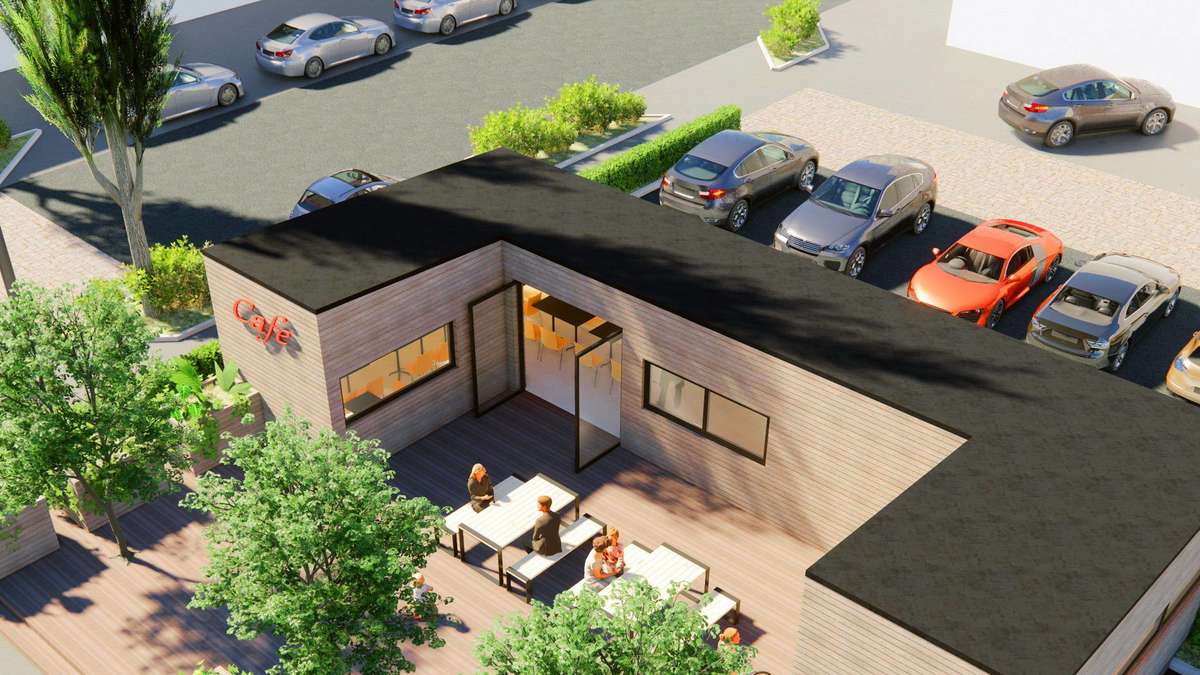