Real Madrid: Hazard will be the owner of the left wing. With Benzema at the top, the right is left for Rodrygo, Vinicius, Asensio, Lucas ... 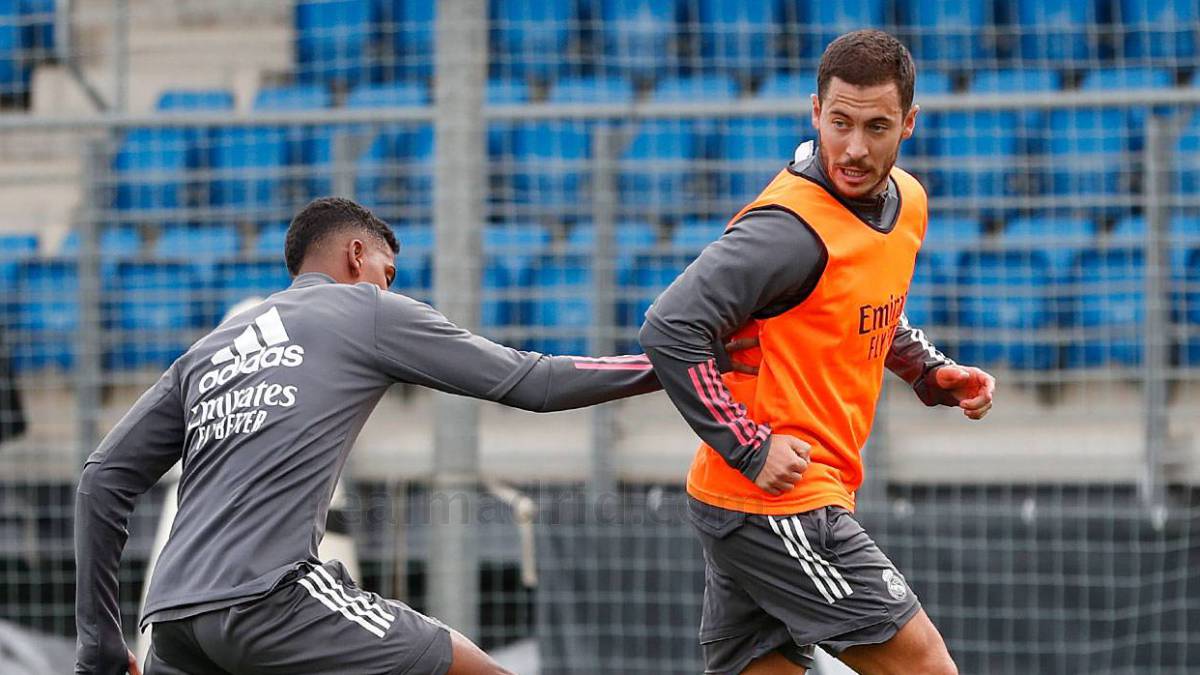 After the Clásico on Saturday, which ended with a happy ending for Real Madrid

(a 1-3 victory against the eternal rival), Sunday brought new happy news for Zinedine Zidane, who was in need of them after the two losses at home to Cádiz (0-1) and Shakhtar (2-3):

Eden Hazard completed training with the rest of the group and is ready to play,

so much so that the Marseille coach included him in the 21-man squad to face Borussia Mönchengladbach this Tuesday in Germany.

Hazard was injured on September 30, although the problem really had its origin in training on the 29th

The Belgian held the last session prior to Valladolid's visit to Valdebebas, but on the same day of the duel he got up in pain and went to Valdebebas to be checked by the white doctors, who diagnosed a muscle tear in his right leg (the medical report the club did not specify the area).

The expected sick time was one month.

After three weeks without seeing him step on the pitch, Zidane put fear in the fans with his words before receiving Shakhtar:

"The only thing that his injury is a little more than expected ....

However, the Belgian has shortened the deadlines almost miraculously in the last week: this Sunday he worked together with the rest of the teammates in a normal way and

Zidane takes him to Germany, where he could have his first minutes of the course

(although there is still the last training before the crash against Gladbach, this Monday).

It is Hazard's first step to return to the title

When he is fit, he knows that the left wing will be his, which installs a new order in the white attack and opens the fight for the position on the right, since the forward is the preserve of Benzema, with Jovic to play the that the French do not dispute.

Vinicius has earned the starting role at the start of the season with goals (3) and good performances, even though things did not turn out as he expected at the Camp Nou.

But his problem is in his specificity: his natural position is that of Hazard, on the left to launch diagonals inwards and have the possibility of shooting with his good leg, the right hand.

Zidane himself made it clear last year that the presence of the Belgian in the squad naturally slowed the Brazilian down: "Last year Eden wasn't there, it's his place and (Vinicius) has to keep working.

It's a bit complicated for him, but as for everyone ".

The coach has already shown his reluctance to change sides to Vinicius, but the Brazilian prioritizes playing the fact of doing it in his favorite place: "On the right I have much more difficulty, but I am working and I ask Zidane to put me through the right, "Vini said in September 2019.

The one who does have his favorite place on the right is Asensio.

The Spaniard was a starter in the disaster against Shakhtar and did not come out particularly well, but Zidane redoubled his confidence in him and lined him up at the start of the Classic.

He hardly shone in attack, but his defensive commitment to contain Alba was commendable;

he is still far from his best version, but Zidane seems determined to bet on him until he bears fruit.

Today, he starts with an advantage in the competition of the right-hand flank.

And then there are Rodrygo and Lucas Vázquez.

The Brazilian is clearly to Zidane's taste, it was already clear last year and he has also shown it in this year, but Rodrygo's current moment is not the best and it was clear against Shakhtar: he barely scratched 14 passes in the first half and Zidane He sacrificed him at halftime to give Benzema entry.

With time and obvious improvement, you can enter the fray;

today, it is a bench alternative.

Vázquez is now focusing on his work as a right-back, with Carvajal and Odriozola out and after his brilliant performance in Barcelona. 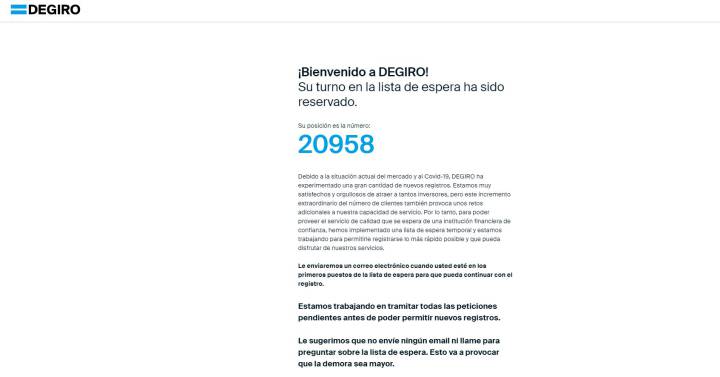 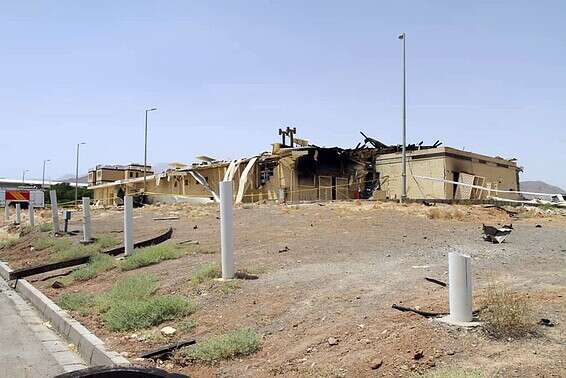 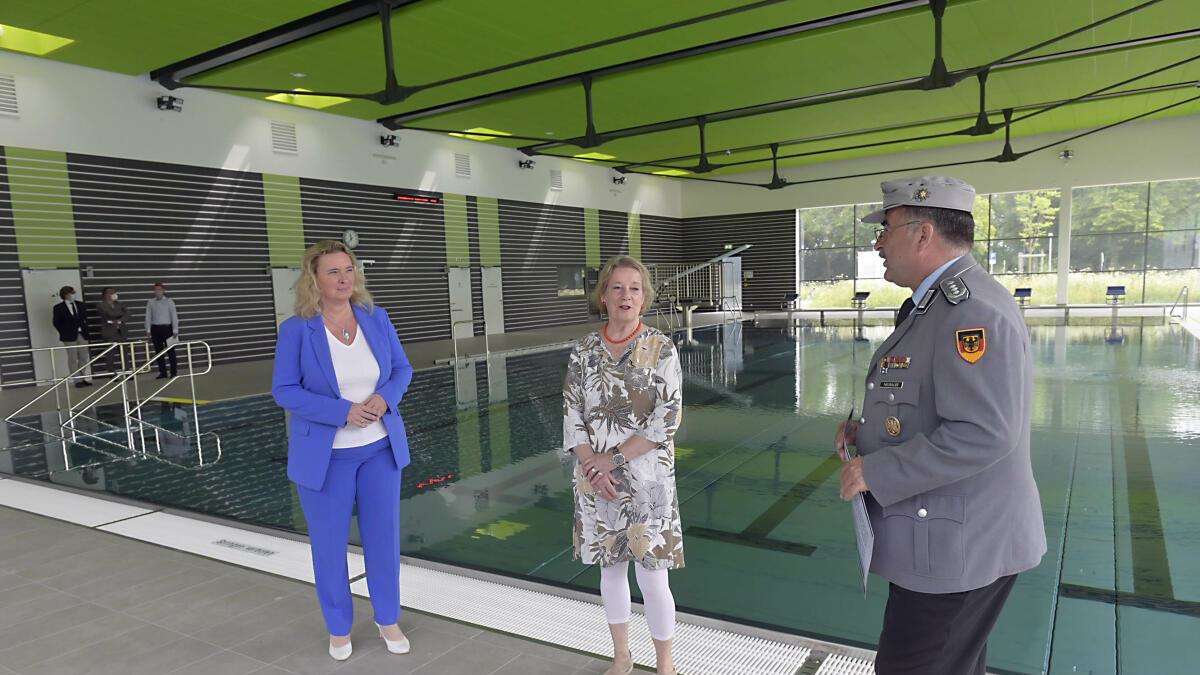 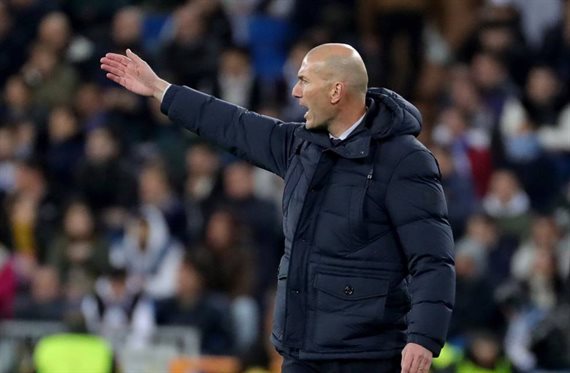 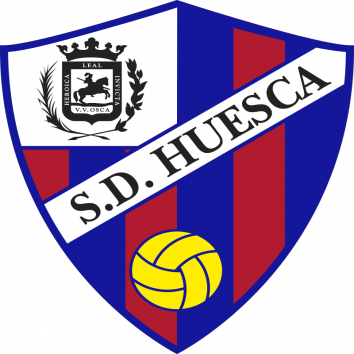 Opel Corsa-e versus Peugeot e-208: Something really useful is missing from one of them 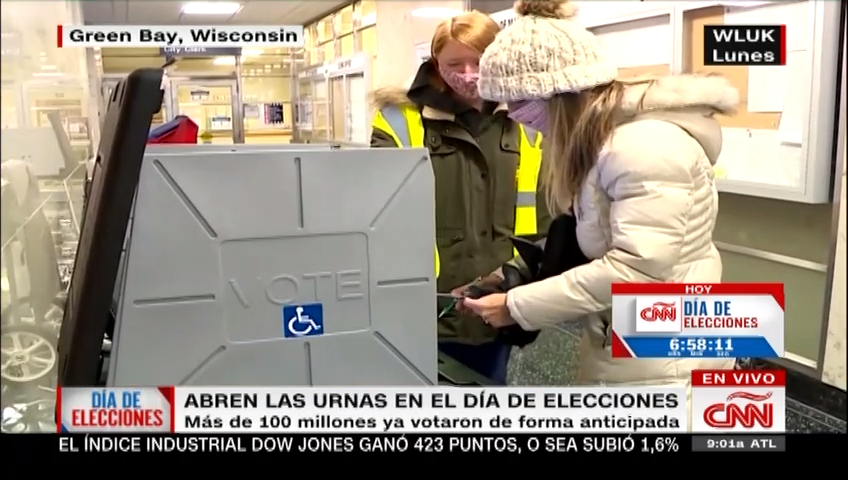 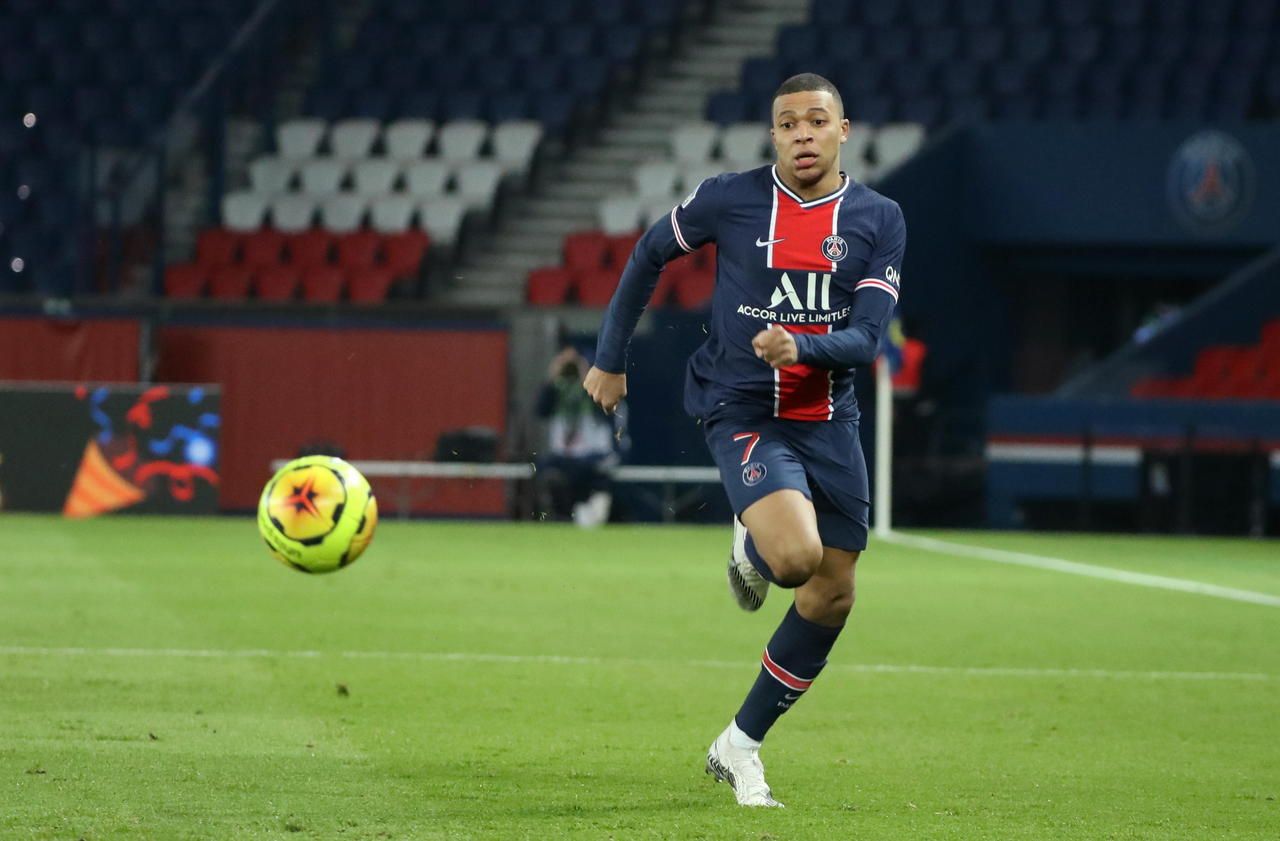 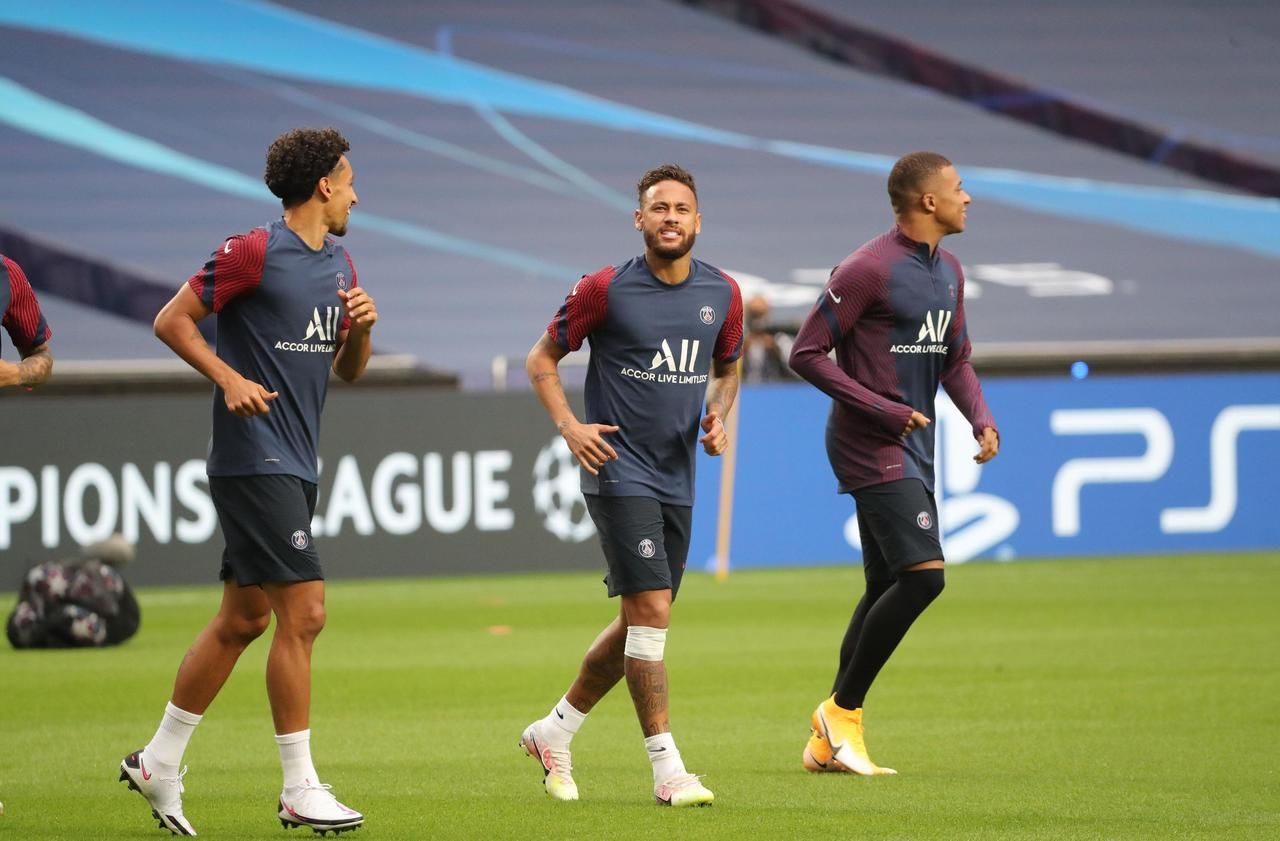 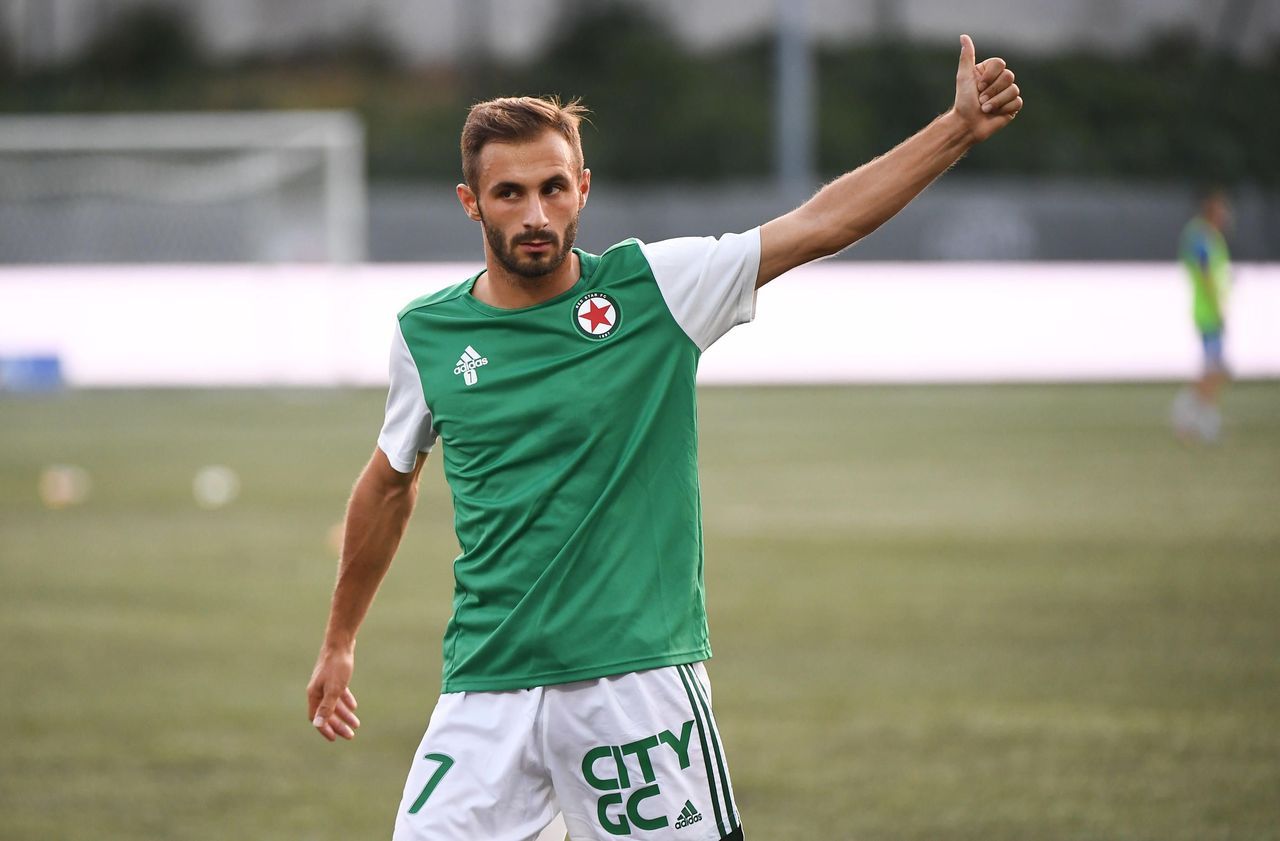