The body warns that the ratio will decrease with more intensity this year due to the impact of covid-19A man walks past a closed terrace in Marseille, France.NICOLAS TUCAT / AFP The coronavirus pandemic has highlighted the importance of the public: the more muscle in the States, the more help has been provided to society both in terms of health and support for income and companies. And that before the arrival of the virus, the average fiscal pressure of the countries of the Organization for Econom 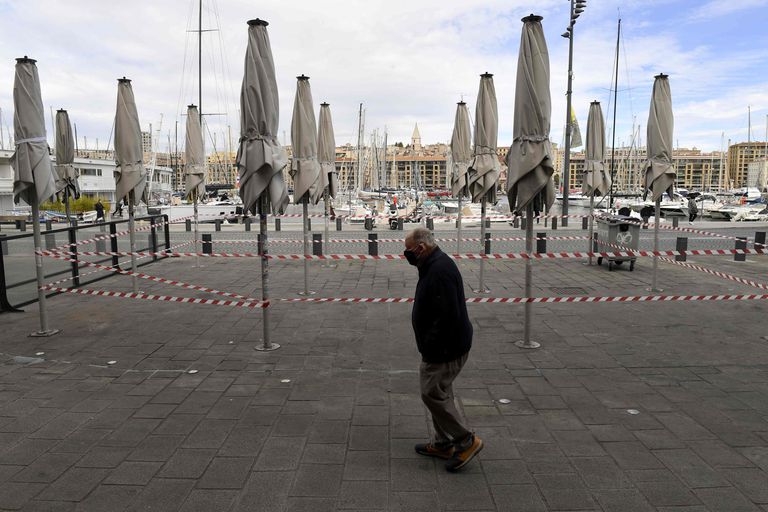 A man walks past a closed terrace in Marseille, France.NICOLAS TUCAT / AFP

The coronavirus pandemic has highlighted the importance of the public: the more muscle in the States, the more help has been provided to society both in terms of health and support for income and companies.

And that before the arrival of the virus, the average fiscal pressure of the countries of the Organization for Economic Cooperation and Development (OECD) fell for the first time in a decade, albeit slightly: in 2019, after 10 years of constant increases, the club's average tax revenue stood at 33.8% of GDP, one tenth less than in 2018. The Paris-based body warns that this ratio will continue to decline more sharply this year, due to the severity with which the health crisis has turned into an economic recession.

“We expect to see much more pronounced declines next year, when the impact of covid-19 becomes more apparent.

At some point, when the health crisis has passed and the economic recovery is underway, governments will have to reconsider whether their fiscal systems are up to the challenges of the post-pandemic environment, "said Pascal Saint-Amans, director of the Center for Policy and Fiscal Administration of the club of advanced economies.

The decrease recorded in 2019 is due to the fact that 15 of the 35 countries for which there is updated information reduced the tax burden more pronounced than the increases experienced in the rest of the countries, according to provisional data published this Thursday by the OECD.

In most cases, it was due to income growing less than nominal GDP.

The biggest setbacks were recorded in Hungary, with a 1.7 percentage point drop in tax pressure, Iceland (1.1 points), Belgium and Sweden (one point).

Among the countries that have registered increases, the largest has been in Denmark (two points) due to a higher than expected collection of income taxes;

in the rest the increases have been timid, below the percentage point.

In Spain, the ratio has remained at 34.6%, above the OECD average but lower than the euro area.

If the time perspective is broadened, up to 31 OECD countries registered a higher tax burden in 2019 than they had in 2009, with Greece, Japan and Slovakia leading the increases, although Denmark is the country with the highest ratio (46, 3%).

In the other six countries of the 37 that make up the organization, the most relevant reductions were in Ireland, with five points, and more than three in Hungary.

Corporate tax amounted to 10%, after registering gradual growth since 2014, but it is still far from the peak reached in 2007, before the financial crisis, when it stood at 11.5% of total income.

Impact of the pandemic on consumption

A part of the report is dedicated to examining the effects that the pandemic is causing on taxes that affect consumption, comparing them with those registered during the 2008 crisis. The study concludes that VAT, the most relevant tax in this category, is more vulnerable to

, especially if there is a severe blow to private consumption as is happening with this crisis.

With the outbreak of the pandemic, however, there were countries that began to revise it downwards to stimulate activity.

Other countries also introduced provisional measures that affect this tax, such as postponements in settlements or speeding up refunds.

“The covid-19 crisis will foreseeably have an even greater impact on income from taxes levied on consumption than the financial crisis, since the current crisis has affected consumption directly and to a much greater extent as an effect of the confinements, including the forced closure of activities in certain sectors, ”the report states.

During strict lockdowns, with the closure of hotels and businesses, household spending in OECD countries is estimated to have fallen by up to a third.

The report recalls that the crisis caused by covid-19 will also cause an increase in business bankruptcies that will further reduce tax revenues.

In addition, unlike the Great Recession, the collection of special taxes, such as those on fuel, will also fall due to mobility limitations.

The reopening of the activity this year, although it has partially reversed the situation with increases in private consumption, especially in durable goods, it has not been enough to offset the fall.

And especially in particularly affected sectors such as tourism, spending will remain depressed.

"Throughout 2020, the level of consumer spending in OECD countries is projected to be, on average, around 8.5% lower than the previous year," the report notes.

"However, in the event of a virus outbreak, the uncertainty would intensify even more and for a prolonged period, with more preventive savings, lower household spending and substantially weaker investment prospects." 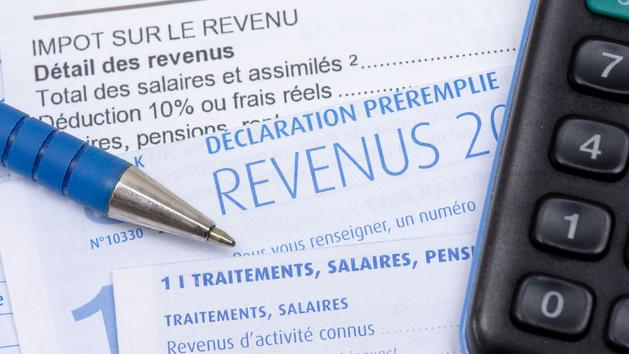 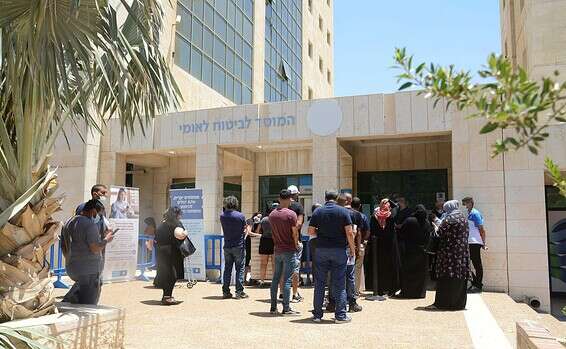 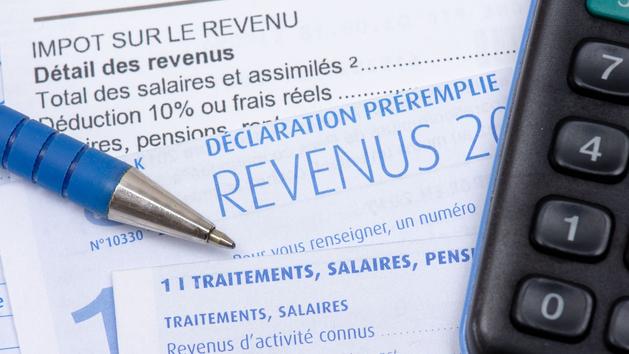 "This is why the French love taxes so much" 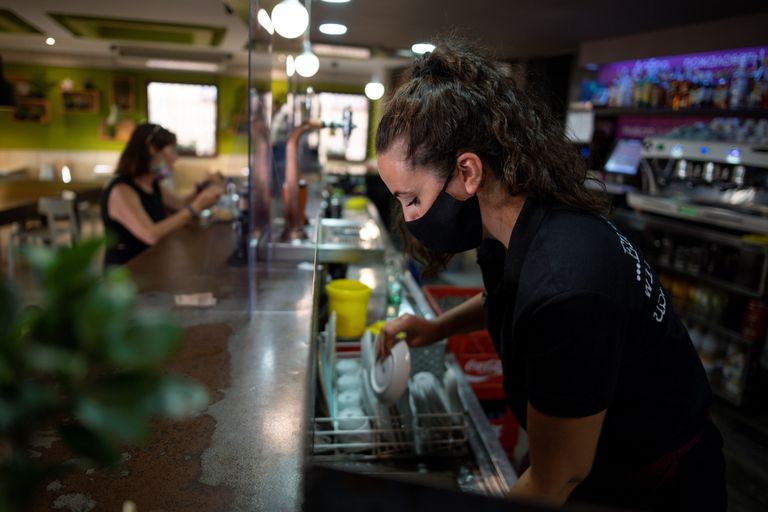 Taxes: a country in the red 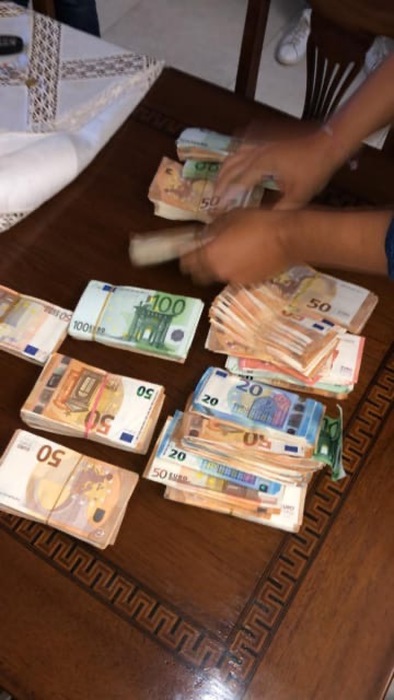 Tax: the Italian system is the least competitive of the OECD 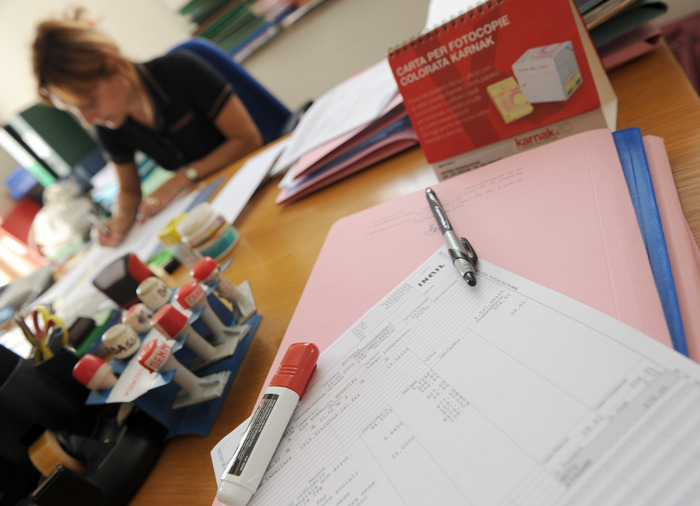