Kapla, the great success of a small piece of wood

THE PARISIAN WEEKEND. Designed in the 1970s to make the model of his future castle, the Kapla boards by Tom van der Bru

Leaning over his workbench, in a small room in his new home, Tom van der Bruggen shapes, as he does every day, boards in Landes pine.

Demeure is a big word to describe the old farm he bought five years earlier in 1970, and for which he fell in love instantly.

“When I left Holland, my native country, I wanted to settle in the wildest corner of France.

With my wife, we wanted to live in autarky, as far as possible from civilization, ”recalls the former antique dealer, who even lived for six years without electricity.

In the village of Lincou, in Aveyron, on the bucolic edges of the Tarn, the 25-year-old hippie unearths the nugget.

The stone walls crumble, the roof is gutted and vegetation creeps into the corners.

The new builder immediately imagines how to transform this ruin into a medieval castle.

He can already see where a round tower will rise, another square.

He visualizes the French-style ceilings and the concert hall which will host festivals.

Years of work will be necessary to realize his dream.

But how do you build a castle when you're not an architect?

In his workshop, this wood lover designs, when he is not repairing pianos, the model of his future palace.

To develop it, he first uses cubes, but they turn out to be too massive.

He replaces them with small boards.

"These precise measurements are the right compromise between constructive qualities and expressive qualities", explains the septuagenarian today, still amazed by his creation, which allows to build the craziest projects.

This invention, he calls it Kapla, contraction of "kabouter plankjes", "pixie boards" in Dutch.

At the end of the 1980s, Tom van der Bruggen, in the midst of the launch of his construction game, was a guest of the very popular “Club Dorothée” ./Kapla

Convinced of the playful and educational interest of his creation, the hippie turns into a salesman, without giving up his long hair or his round glasses.

It was the beginning of the 1980s. He crisscrossed the Aveyron and the Tarn, carrying everywhere with him a barrel of laundry filled with planks.

“I talked about it all the time, to everyone, and since I always had it in my trunk, I was constantly selling it.

"" He is stubborn, confirms Jan-Daniel van der Bruggen, his eldest son, who took over the management of the company in 2003. When he has an idea, no one can stop him.

Demonstrated in a supermarket in Albi, the inventor unrolls his carpet and plays on the floor with the children who immediately lend themselves to the game. “The little ones immediately understood, it was they who convinced the adults.

The City of Paris is seduced

The idea is there, obvious: its invention must go to find the children where they are.

So he goes knocking on the doors of kindergartens and toy libraries.

Marie-Pascale Marsaly, a Parisian teacher, is under the spell.

In 1989, she founded the Kapla Center in Paris, entirely devoted to construction games, which she still directs today.

“She was a great strength from the start,” points out the Dutchman, referring to his first traveling companions.

Among the challenges offered to visitors to the Kapla Center in Paris: reproducing famous buildings, such as Notre-Dame Cathedral. / Odilon Dimier / Kapla

He also landed in the capital with the support of the deputy of Aveyron Jacques Godfrain, close to Jacques Chirac, then mayor of Paris.

These two contacts open the doors to the Ministry of Education where he will present his game with a well-established number.

It also strengthens the spirit of cooperation when playing as a team.

A demonstration worth more than 1000 words, the forties, who slipped into an impeccable suit and tie, joins the gesture to the speech.

He cleverly places one board on top of another, erects impressive towers as stable as they are fragile, sculpts constructions in wooden lace in a few moments.

The audience is won over.

The City of Paris, which takes care of supplying the schools, orders 1000 boxes.

Since that time, Kapla-labeled days have been on the agenda of many schools.

Sell ​​your castle to finance your company

The brand is starting to make people talk about it and sales are gradually increasing, despite the reluctance of specialized stores.

First in a small workshop in Lédergues, not far from his adopted village, then in Albi, in the neighboring department of Tarn, where he settled in 1988 with three workers.

But production requires investment, and bankers are not very accommodating with the entrepreneur.

“It was my house or Kapla… I was so convinced that I didn't hesitate for a second to sell the castle I had just completed.

One dream sweeps away the other.

Tom van der Bruggen then dreams of getting closer to the maritime pines which are so dear to him.

About twenty kilometers north of Bordeaux, in Saint-Louis-de-Montferrand, he falls in awe of a building entangled in brambles, looking at the Garonne.

This one, he will not need to build it, but only to establish there, in 1991, his company in the outbuildings, an old cellar with beautiful Bordeaux stones.

This is still where Kapla shines in the world today.

The raw and untreated wood, bought in the Landes forest, arrives in cleats for a first stage.

In the shed tucked behind the cellar, the constant hubbub of the circular saw does not distract the workers busy carving chopsticks about twenty centimeters long and the width of a Kapla.

A meticulous operation, carried out to the nearest millimeter, and checked by hand before packing into boxes, towards Morocco.

Since 2003, part of the manufacturing has been relocated to Tangier, in a factory which employs 50 people.

There the baguettes are cut to the legal length, sorted to eliminate cutting or wood defects, and some are dyed before being packaged for marketing.

Most of the products then hit the road again, crossing Spain, then the Landes, and returning to the urban community of Bordeaux before the final shipment to new horizons.

In 2020, more than 100 million boards were thus manufactured and sold.

“We export a lot, nearly 80% of our production.

Pre-cut in the Gironde workshop, the pine boards are then sent to Tangier, Morocco, where they are cut to the right size, checked and then packaged. / Lapla

Handling with tenderness these wooden planks as robust as they are light, the creator's son remembers his childhood at the castle of Lincou, where he kept a respectful distance from this game, "my father's working tool".

It was with his daughter that he really discovered the creative power of the Kapla.

“In a few minutes, we built a house, a garage and the doghouse… A universe of our own.

This is what Frédéric Martin wanted to prove by building, in 2016, the tallest tower in Kapla.

The construction, as tall as a five-story building, has been approved by the Guinness Book of Records.

“After months of reflection and testing, we erected an 18.40-meter tower,” says the Kapla entertainment manager in Auvergne-Rhône-Alpes.

It was a great teamwork and a lot of people came to encourage us.

The ex-hippie in Monaco

For more than thirty years now, the family business has experienced continuous growth.

Considered old-fashioned by toy stores in the 1980s, Kapla are now right on trend.

“Wooden toys (+ 8% turnover in 2020) and construction games (+ 5% in 2020) have been popular in recent years, explains Frédérique Tutt, toy market analyst for the NPD firm.

Manual and creative activities are also popular with parents, and Kapla, who gives free rein to the imagination, is part of this movement.

With his hair and beard bleached over time, Tom van der Bruggen has won his bet.

His little boards are in everyone's hands and he, bent in three-piece suits of timeless elegance, has extended his kingdom.

In 2015, he set his sights on the Château d'Excideuil, and now shares his life between this Dordogne village and Monaco.

It perfects a new game, a buildable dollhouse with a multitude of boards.

"I like to create palaces, it's my sport", maliciously testifies the one who, with pieces of wood, built an empire.

Kapla, the great success of a small piece of wood Workshop instead of a stage: an actor from Gauting with many talents 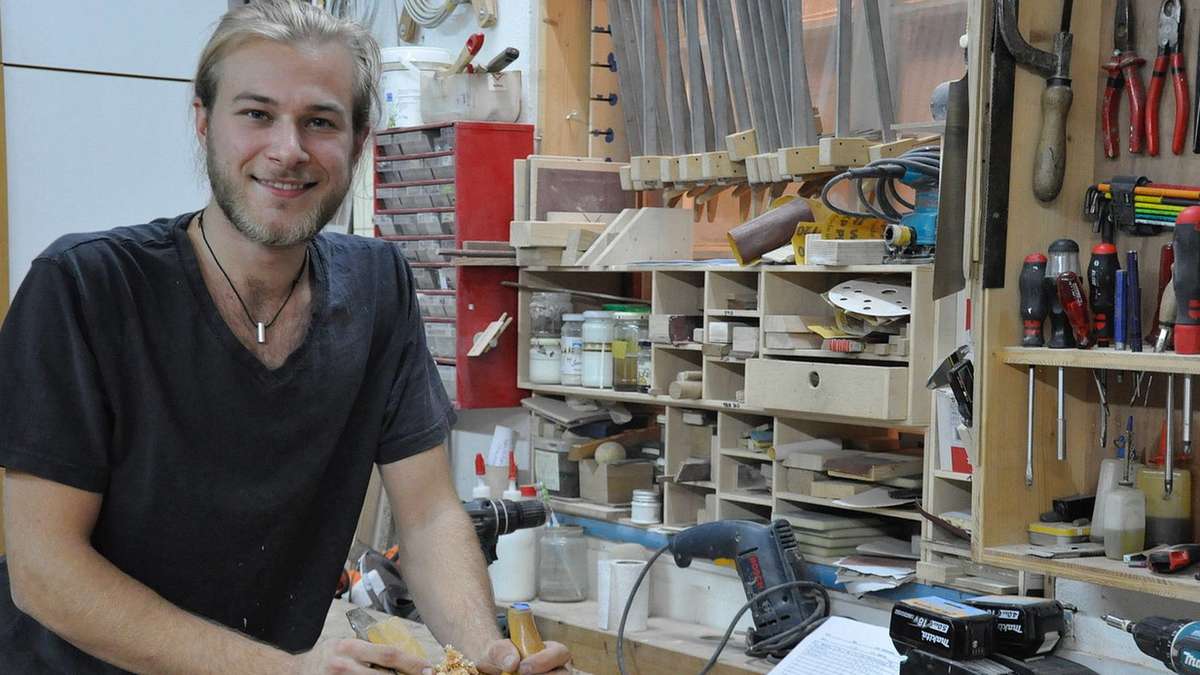 Carpentry talent Ben Supé is cut from the right cloth 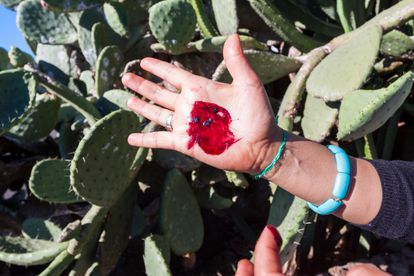 The insect that dyed the world red: the cochineal, from Van Gogh's paintings to new designer chairs 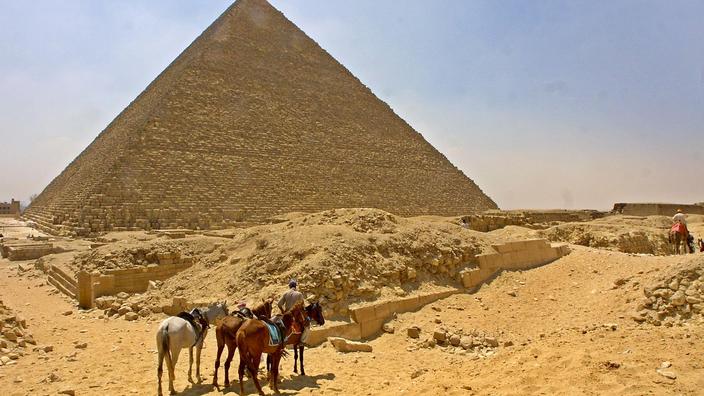 On the banks of the Tegernsee: Biber does a great job