Despite the hype surrounding the cannabis industry, many companies have closed in recent years. Peleg and Omri Festig, veteran entrepreneurs in Israel in the field, explain what it takes (and especially what does not) to succeed, why Israel lags behind the world and believes what will promote legalization: "The incoming finance minister will get darkness in his eyes from the deficit"

Despite the hype surrounding the cannabis industry, many companies have closed in recent years.

Peleg and Omri Festig, veteran entrepreneurs in Israel in the field, explain what it takes (and especially what does not) to succeed, why Israel lags behind the world and believes what will promote legalization: "The incoming finance minister will get darkness in his eyes from the deficit"

"At the height of the hype surrounding the cannabis industry, every idea blossomed in green smoke was quickly funded by other types of greens. Today the market is more balanced and there is not enough passion in the field to succeed, it takes real professionalism, hard work and real market recognition to see profits." .

This is what Peleg and Omri Festig, veteran entrepreneurs in Israel in the field of cannabis business, who are considered the founding fathers of the industry in Israel, say.

They started their activities back in 2001 and today they are behind the Hydroshop and Papiz chains, which sell equipment for growing and smoking cannabis and roll in tens of millions of shekels a year.

Against the background of the tide that has taken place in recent years in the field of investment in cannabis, and in light of the hope that cannabis consumption will be allowed for leisure purposes in Israel in the coming years, we caught the two energetic entrepreneurs talking about how to make legal money in the cannabis business.

Obviously you dream of growing cannabis, only it's not that simple (Photo: AP, Matilde Campodonico)

It is estimated that about a quarter of the adult population in Israel smokes cannabis.

How much money could have come into the state treasury each year following legalization?

"The cost of building a hospital is about a billion shekels, more or less. In the first quarter of 2021, the state could have earned this amount from taxing the cannabis industry for leisure purposes. Even the most conservative estimates speak of an order of 3 billion shekels that the state will rake in every year. Delay in granting legal status to cannabis is simply a waste of money for the state.For the proportions: with all the fuss and ringing, state royalties stood at just over a billion shekels of natural gas in 2020, as stated the state's tax revenue from cannabis is expected to be 3 times revenue avoided by the state treasury "Annual taxation of the industry will allow a class of 24 children per student in Israel."

Even with the permit to sell CBD-based products the state is losing huge.

How much money is involved?

"According to macro data from Deloitte Israel, this has a market potential of $ 450 million per year, which includes products in the cosmetics, food, beverage and nutritional supplements industry in Israel. This is a non-metallic component, which is marketed against anxiety, depression, insomnia, chronic pain , Epileptic seizures and more, and is also anti-inflammatory, relieves post-trauma and calms. But in Israel, as in Israel, things move slowly and crookedly. While transparencies of quite a few countries in the world are filled with hundreds of millions of dollars from taxation of these products, in Israel "From the Dangerous Drugs Ordinance, when already in 2017 the World Health Organization announced that the same component, completely safe to use and not dangerous."

The status of those dramatic steps that have already been taken, including obtaining approval from a ministerial committee or approval in a preliminary reading of Knesset members Sharan Hashakel and Ram Shefa's bills, which regulate the non-incrimination of cannabis consumers and the legalization of the entire cannabis field, is obscure.

As it seems now, the issue of legalization also appears to be another election promise that has not been realized and may not be realized in the next Knesset.

"This train has long since left the station and the wheel cannot be turned back. After a new government is formed, the incoming finance minister will get dark in the eyes from the budget deficit and understand that he must quickly find more revenue engines for the country. Once such big money is on the table, certainly in times of budget crisis. "The push of the issue will take place even more. I would not have pinned much hope on securing the election of the prime ministerial candidates, not from there will salvation grow but from their lack of choice that sits on economic considerations."

Ice cream with CBD that is marketed worldwide - but not in Israel (Photo: ShutterStock)

In their estimation, will the sale of cannabis by telegram stop completely after legalization?

"It very much depends on the exact cannabis regulation, and the amount of tax that will be levied on its sale with a license. Take, for example, California, where unsupervised activity has not ceased to exist because of price differences with the government alternative. If the State of Israel 'competes' taxed on the field and does not shave. On the long beard of states like California, the unsupervised market will continue to thrive. The free market run today by telegram has long been no wild west in which the consumer's hand is at the bottom. The big groups have a reputation for piety and in cases of dissatisfied consumer - they work to please "Like any other commercial business, they are committed to customer service. Of course, there is no way to compare the qualities of a home-made boutique home with a commercial purchase, but many of them now supply cannabis at a very high level."

But we are not innocent.

It is clear that those who will rake in the big money after legalization will be the big companies in Israel.

I do not see Shula in front of the eye making a buck.

Will a world as usual behave in this context as well?

"This is inaccurate. When it comes to selling cannabis in the medical market, the world as usual and the big corporations will continue to rake in all the cash. It is possible that large non-pharma chains will bite into the cake, but Shula Rosh HaAyin will not be able to jump on this bandwagon, especially in light of regulation weighs and sums required for integration in the field. This is different from the market for purposes of leisure. it can integrate into the tower small and start a business boutique that could allow it to exist Sincerely. it also can integrate with one beer companies engaged in the field.

"it is expected to demand the thousands, perhaps tens of thousands Workers have a very wide range of areas of practice: from sales people, logistics, product designers, chemists and engineers in various fields - legalization will motivate the Israeli economy and allow the masses to significantly increase their earning capacity.

We certainly anticipate that the retail market for growing and smoking products will soar to completely different heights.

To put it bluntly, the current market is estimated at a turnover of one hundred million shekels a year, but it is estimated that legalization will increase its volume at least twice, in light of a dramatic increase in demand. "

If I also want to jump on the bandwagon and enter the industry Israeli cannabis straight to the big leagues. What does this involve?

"Let's just, for a moment, regulate the field and address only the economic aspects of the matter: The investment in the farm is the smallest investment in the cannabis supply chain and can be defined at NIS 1 million per dunam of farm. , On the other hand, the main investment in setting up a cannabis plant is the total cost of building the structure required by the standards.

These include the establishment of a laboratory and clean rooms, that is, an area in the factory where a higher level of cleanliness is maintained even than in the operating room, measured in units of several particles per cubic meter.

Another high cost required by the company is the salaries of management and employees, which are required by virtue of the commencement of work and compliance with the required standards.

This is a cumulative amount of millions of shekels a year just for this matter. "

After all the hype surrounding cannabis, we end up seeing a very volatile market while some companies maintain high market value while others crash and exterminate their investors.

Quite a few shops selling cannabis products and growing cannabis have also closed in recent years.

If the field is so hot, then why does the graph look different?

"The market in Israel has undergone a natural maturation process, in which careless investors who followed dreams in the smoke have given way to more sophisticated investors. Quite a few academic experts, lacking understanding in the field of cannabis, have created a presentation of great intellectuals and led investors to erase millions of shekels." In the industry we saw all these ventures right in their diapers, while some were done at a high level by professionals who understand the market, we also got lots of detached entrepreneurs with absurd ideas not connected to the market, of course we gently but determinedly explained that there is no economic programming for their move. A few months later, we read that they managed to raise millions of shekels, which of course went down the drain.Today, unlike in the past, the market today requires proven receipts and capabilities with strong cash flow and consistent profitability.The days of easy cannabis investment have passed, and today investors have become smarter. Investing in the cannabis market. Regarding other stores and commercial businesses that have closed most of them were established and run by nice guys, full of motivation, with little understanding in business and a great love for smoking, but that is not enough.

This is an area that requires deep understanding today.

Yes, it has insane growth potential but not enough sharp senses, you need to have a very significant set of abilities to establish from scratch a brand in Israel.

This is not an easy country for small businesses of any kind. "

What do you recommend to a young man who wants to get into the legal cannabis business?

" Any commercial initiative that brings more of the same, more likely will not bring him significant profits, if any.

The emphasis today is on the user experience, much like what is done in the field of restaurants.

The public is looking for uniqueness and added value, not 'another experience'.

Whether it's about smoking products or in the future about growing cannabis - the name of the game is premium.

The market has increased and the taste of consumers has shaped, it is impossible to bring an inferior product and expect greatness. "

The corona has caused many of us to turn to this obscene habit - Walla! health

As Israel plunged into the corona, the number of fines for cannabis users skyrocketed - Walla! news

Under pressure from the court: The military prosecutor's office will make it easier for permanent personnel who have consumed cannabis - Walla! news 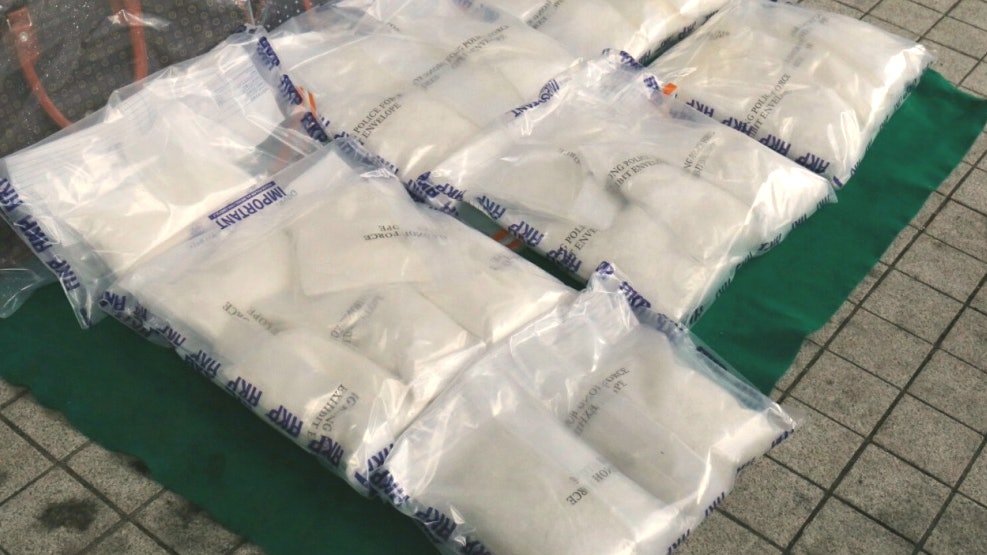 5 Sucking Phenomena That Can Happen When You Quit Smoking - Walla! health 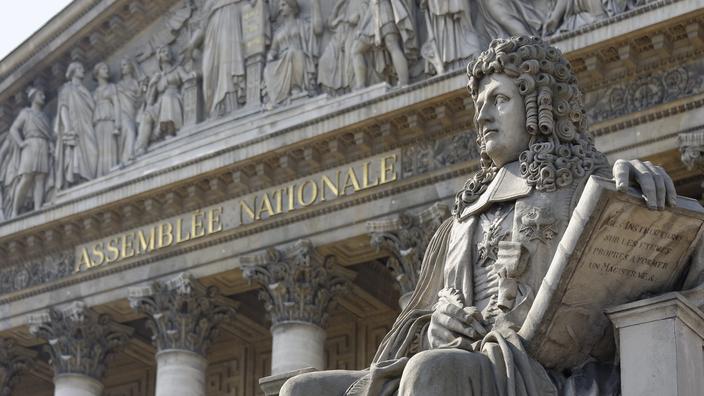 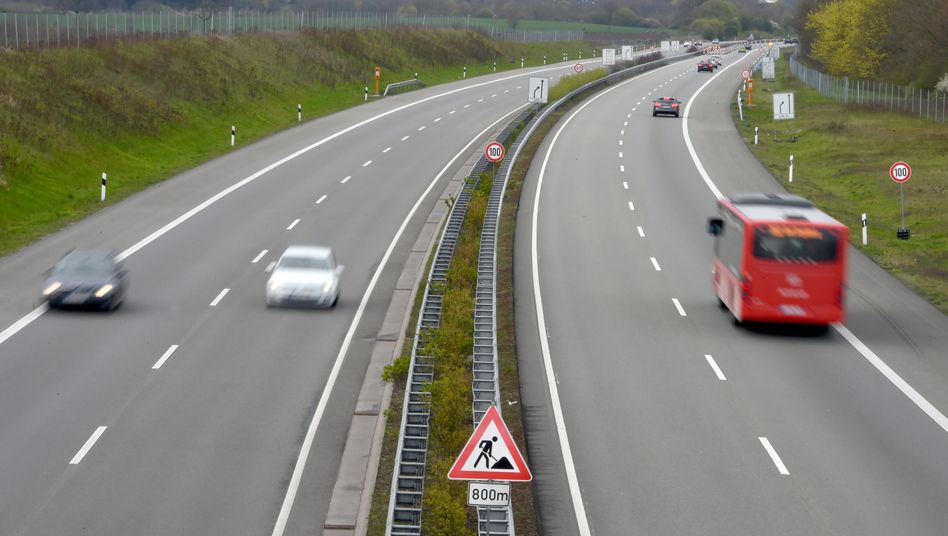