Composing movies and computer games, inventing innovative musical instruments and developing revolutionary music applications: While artists in the music industry are begging to return to the stages, there are others who find employment and make a living in slightly different channels in the field

From gaming to apps: These musicians have found another way to make a living

Composing movies and computer games, inventing innovative musical instruments and developing revolutionary music applications: While artists in the music industry are begging to return to the stages, there are others who find employment and make a living in slightly different channels in the field

The Corona closed the world of culture and live performances and influenced many musicians.

But alongside live performances, today's musicians are also developing careers in surprising channels that have nothing to do with the stage.

One of them is Matan Erez Kolenscher, founder and CEO of the MyPart platform, who created an artificial intelligence-based startup and also swept Ivri Lider and senior figures in the global music industry

My grandmother, Lucy Manoah, was a poet herself, "he says." When I enlisted, I already composed and performed songs I wrote.

But the truth is that I spent most of my time programming and playing computer games, and that's how I got to serve at 8200, where I spent almost seven years in constant challenges.

It was natural to flow into a career in cyber, but I wanted to keep learning and look for how to combine the two worlds.

I joined the trend of composing songs in Rimon, and I got to study with huge songwriters like Eran Tzur, Shimrit Or and Ari Katorza. "

Ivri Lider was also swept away.

Kolenscher went on to study engineering and musicology at the Hebrew University and after winning the Rachel Negev Prize for Poetry in 2011, released his first album with the band 'Kolensher and the Pigeons' and a book of songs.

At the same time, he also began to go over a technological vision.

He is a friend of Ariel Tully Gadilov, Roni Vance (former president of Geffen Records and Interscope Music) and recruited his sister Sivan - a production major in Pomegranate - and together they created MyPart.

"It's a platform that 'listens' to huge repositories of songs and 'matches' them to performing artists, movies and commercials. It's a kind of tinder for songs," Kolenscher explains.

"There are millions of talented writers with songs that will stay in the drawers because they are not necessarily the right character to perform them, or the timing is wrong. The artificial intelligence we have created is able to sort and analyze songs from the theme and writing style, through harmony, melody, song structure and more. "In this way, the creative team that works with singer Alcia Kara, or with Kelly Clarkson, can find a song that suits them well from the other side of the world at the click of a button."

MyPart has won the International Accelerator MassChallenge, raised millions of dollars and currently works with three of the largest music companies in the world.

Ivri Lider began working with a number of writers whose songs he found on the MyPart app, and the company was joined by Grammy-winning songwriter Evan Bogart and Tristan Jahan, who was Spotify's chief scientist.

"Our team consists of a collection of developers and data scientists, most of whom are also talented musicians, such as Amir Greitzer, a gracious guitarist who leads the company's research field, and Vima Anin-Aminoff, a classical saxophonist who specializes in NLP, among other things," concludes Kolenscher.

The connection with technology has created many opportunities for musicians and that is why the Rimon School of Music has recently opened a dedicated track called "Music-Technology-Entrepreneurship".

Its goal is to provide musicians with the skills needed to integrate into the music industry and high-tech fields, alongside programming studies and tools in creative entrepreneurial thinking.

Another employment channel where there is a demand for musicians is the field of composing for computer games.

Alon Kaplan is a musician who combines writing soundtracks and sound for movies, plays and series, and composing and designing soundtracks for more than 100 computer games.

"As a kid growing up in the '90s, I was a computer freak," Kaplan explains.

"I taught myself to play computer games in sixth grade. At the same time I played as an organ, mainly on organ and guitar. After the army I decided to put music first. At Rimon I got professional tools to integrate into a career in composing cultural works and media. Among other things I wrote music for promos. ", Short videos, network series and TV, I worked with the American giant Cartoon Network, with Samsung, Hop Channel, etc. I also composed a great movie and an Irish dance show, and meanwhile all the while, the same computer bacterium from childhood still tickled me inside."

After graduating, Kaplan attended meetings of the gaming industry in Israel and abroad and began to gain a foothold and recognition in the field, thanks in part to his original appearances at conferences with orchestras and choirs he founded. "There played in original arrangements the melodies of Star Wars and Game of Thrones. Of pleasant nostalgic computer games such as Super Mario, Angry Birds, Tetris.

I was hired to work as a music producer at JoyTunes, a very successful company that develops music learning apps, and I also got jobs in composing and designing the soundtracks and sound of over 100 computer games. "

Kaplan has signed, among other things, The Office Quest, the first Israeli game to be released on all possible platforms and won millions of mobile downloads, for the sound of Judgment: Apocalypse Survival Simulation which was also very successful, as well as for games that are due out this year after much work such as Dream Engines: Nomad Cities or Lost In Play and Moduwar.

"Everything I learned I teach myself at Pomegranate in a course I teach, which is the first to deal exclusively with composing music for computer games," says Kaplan.

The course connects students to workplaces in the development and design of computer games, and thus contributes to them in a professional and practical sense.

"The computer game industry is in a crazy boom, and computer games need a soundtrack so the sky here is the limit. Everyone who hears about what I do tells me I'm living the dream," he concludes.

Another field that is developing is the field of developing advanced musical instruments.

"From my student days at Rimon, I had a special connection with technology as part of the work. I was endlessly interested in harmony, rhythms and arrangements, but I also found a similar interest in the instruments themselves. I was always attracted to the methods musicians and composers manage to bring depth and complexity far beyond what they can express. "Hands or with the voice. Maybe because I never saw myself as a virtuoso on the piano, the computer was the tool with which I could reach higher levels of inspiration and creativity."

Amir began publishing pieces online in the early 2000s, until he eventually began working with Jordan Rhodes, a keyboardist at Dream Theater.

"He has always combined magnificent composing abilities with playing the latest synthesizers, and we have found a common language in both worlds," he explains.

A few years ago, Amir began studying programming and was hired by the Israeli plug-in company Waves, where he developed, among other things, two 'smart' samplers he created with bassist Or Lubianiker, which simulate the complex nuances of a live bass player using only a laptop and control keyboard.

At the same time, he was employed by Polyvers and contributed to the creation of an Infected Mushroom plug-in, and for the past two years has worked for Xfer Records, which manufactures, among other things, the popular digital synthesizer Serum.

Worked with the Dream Theater keyboardist.

"Recently I have been working on some very interesting projects. Among other things, with the DJ who is considered deadmau5," says Amir.

"I created for him a tool that creates perfect synchronization between live music and video art designed for large live performances and allows him to make changes in music and video completely spontaneously during the show. Commissioned by a successful Indian producer in Bollywood, I worked with developer Gal Ben Naim on software that 'adjusts' the suspense. And the ripples in every synthesizer for every musical scale - including Indian, Arabic scales and more. "

These days, Amir is starting his own company.

"The goal that guides me is to find how one can conceptually get into a musician's head and examine what prevents him from expressing himself on the computer directly, as he does with traditional musical instruments. So I try to open a window to places that musicians had difficulty entering without the computer," he says. 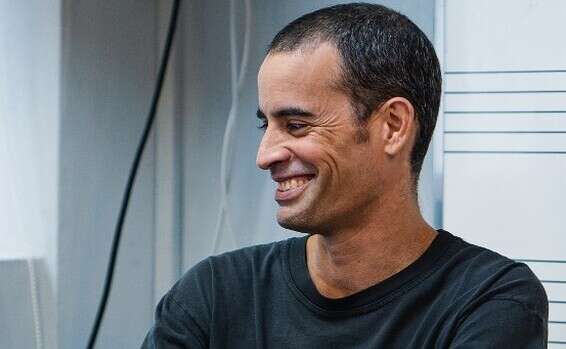 Music in Gaming: Not What You Thought | Israel today 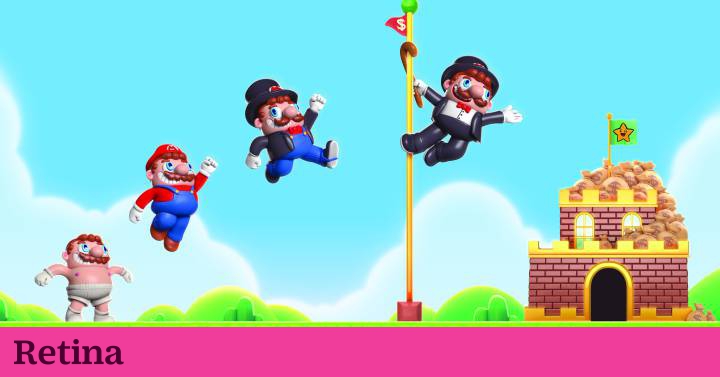 Video games get older and overflow the screens