Sales by German retailers fell significantly again in January. This is fueling concerns that many companies "will not be able to reach the safe haven despite the loosening of lockdowns." 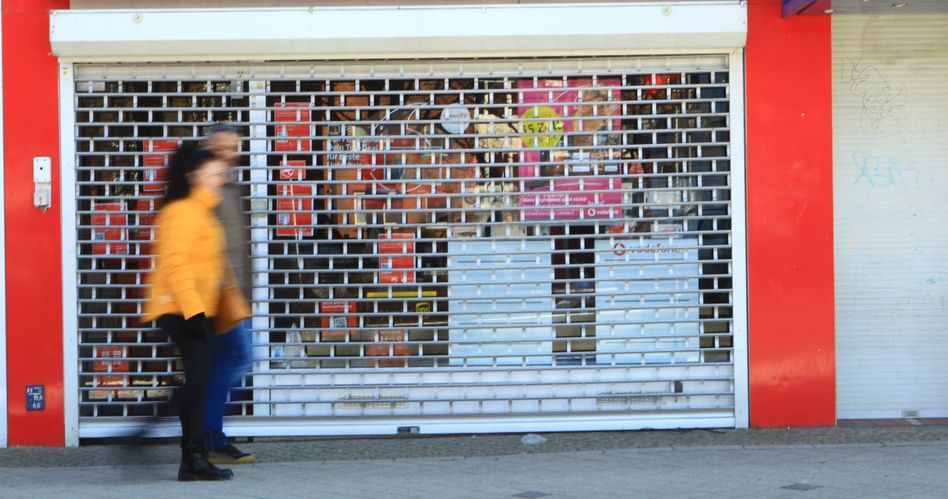 The Corona lockdown has thoroughly spoiled the beginning of the year for German retailers.

Their income was 3.9 percent lower in January than in the previous month, as the Federal Statistical Office announced on Tuesday.

Adjusted for price, there was even a minus of 4.5 percent, which follows a record drop of 9.1 percent in December.

"This decline can be explained with the ongoing corona lockdown, which meant the closure of many retail stores since December 16, 2020," it said.

The end of the temporary VAT cut may also have contributed to this, as many consumers made major purchases in the old year to save money.

"After the crashing slump in December, retail sales have now plummeted even further," said the chief economist of the KfW development bank, Fritzi Köhler-Geib.

"When shops are closed, nothing can be sold," says Bankhaus Lampe's chief economist, Alexander Krüger.

Online trading is strong, but it cannot make up for it.

"The disaster should have continued into February," warned Kruger.

"Many companies will not reach the safe haven despite the loosening of lockdowns."

Bad omen for the first quarter?

The weak development indicates that the German economy as a whole is likely to shrink noticeably in the first quarter.

In the fourth quarter of 2020, growth of 0.3 percent was still enough, as exports and the construction boom more than made up for the decline in private consumption.

Sales in the fashion retail plummeted by 76.3 percent compared to January 2020.

The grocery trade - which was allowed to stay open -, on the other hand, grew by six percent.

The internet and mail order business also did well again because many consumers went shopping online.

Here the income rose by 32.6 percent.