The granddaughter took over the apartment, valued at an estimated NIS 4 million, changed locks and prevented the son from entering. The point is that she claimed to have received the apartment as a gift was refuted in court. How and why? all the details

The granddaughter took over the apartment, valued at an estimated NIS 4 million, changed locks and prevented the son from entering.

The point is that she claimed to have received the apartment as a gift was refuted in court.

The Tel Aviv Family Court ruled that an elderly woman's apartment was not given as a gift to her granddaughter, and that the granddaughter must vacate the apartment and allow it to be sold, so that the rest of the deceased's heirs will enjoy their share in it.

The granddaughter, who was not satisfied with the decision, appealed to the district court.

These days, a panel of three judges from the Tel Aviv District Court ruled that it should not interfere with its predecessor's decision, and that the decision should be upheld, because the granddaughter's version revealed many discrepancies, and it was in fact an unsuccessful sale transaction. Evade paying tax legally.

The elderly woman, who died in 2011, left behind a number of properties, including a residential apartment she purchased from Amidar, after living there for decades on a key fee.

This apartment was the rock of controversy in the family dispute.

According to the lawsuit, the granddaughter took over her late grandmother's apartment in Tel Aviv, valued at an estimated NIS 4 million, changed locks and prevented the son from entering the apartment.

When the other heirs applied to the granddaughter to vacate the apartment, she replied that she had received the apartment as a gift from her grandmother - and even presented them with a gift agreement, as well as a registration in the registry office that the apartment had been transferred to her.

In their distress the old woman's heirs appealed to the attorney Amber heart, which is presented to the court a long line of evidence and documents that raise the suspicion of unlawful behavior granddaughter and grandmother - whose sole purpose was to sell the apartment and legally avoid paying taxes.

Attorney Lev presented a The lawsuit contained two sales agreements for the apartment between the granddaughter and her grandmother, in one of which the sale amount was NIS 1 million, and in the other NIS 400,000.

Both agreements were not implemented.

In addition, affidavits signed by the granddaughter and her grandmother were presented to the court, according to which the apartment was given to her granddaughter as a gift.

In court, the granddaughter found it difficult to explain the discrepancy between the gift affidavits and the commitment to pay she signed, nor did she present any evidence that she transferred money to her late grandmother.

As a result, the family court ruled that the deceased sold the apartment to her granddaughter in exchange for a monetary payment, but since she did not pay for it, the apartment does not belong to her, but is part of the deceased's estate.

The granddaughter appealed the ruling to the Tel Aviv District Court, which in the composition of the three judges - Shaul Shochat, Einat Ravid and Naftali Shilo - ruled that there was no justification to interfere with the factual rulings of the Family Court.

The district court judges ruled in their recent ruling that the granddaughter's testimony revealed quite a few inconsistencies, and that she had difficulty proving her claim that her signature on the letter of commitment was forged, and that this claim was not included in her defense at all. "The appellants

found in the fact that the rights in the apartment were transferred to the granddaughter's name only after her grandmother died." The conclusion is that her mother was

given the apartment without compensation, and the gift affidavits were signed for tax reasons only, "the judges ruled.

The decision was allowed to be published subject to concealment of the details of those involved.

Alon Gal advises: to buy an investment property or the dream apartment? - Walla! Of money

Viral in Tiktok: A grandmother accidentally sent a nude photo to her granddaughter - and that's how she responded - Walla! TECH Biden causes disbelief: Democrat confuses his own granddaughter with his dead son

Eyal Berkowitz is evicted from his home following complaints from neighbors - Walla! Celebs 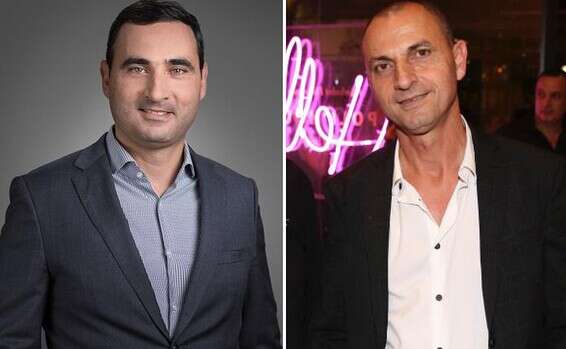 Who is the attorney suspected of aiding the Dayan brothers? | Israel Today

Apartment for a family in the beating heart of Tel Aviv - Walla! Home and design