If until a decade ago we were used to receiving packages at the local branch, the large number of shipments from abroad forced the Israel Post to use delivery centers, explosions and chains. Is it really profitable for business owners? This is what the numbers say

Is there a justification for the mess?

The numbers behind mail delivery centers

If until a decade ago we were used to receiving packages at the local branch, the large number of shipments from abroad forced the Israel Post to use delivery centers, explosions and chains. Is it really profitable for business owners? This is what the numbers say

In the mail, they realized five years ago: it is impossible to let the queues drag on (Photo: Reuven Castro)

In the past, receiving packages was a simple and trivial matter.

We would get a delivery note in the box, go to the post office near where we live, pick up the package - and that's where the story ends.

In the last decade, with the massive increase in online purchases and shipments from abroad, they realized in the mail that this solution is no longer satisfactory. As a result, more distribution stations have opened that we did not know before - in explosions, mini-markets, electronics stores and where not, actually?

Noy Kedem Madmon, VP of Communications and Public Relations at the Israel Post, sheds light on the issue. Chains such as Super Pharm, Shufersal and Azrieli, and excluding the delivery of parcels from a large part of the post offices, made it possible to significantly reduce waiting times at branches and increase customer satisfaction.

A customer can go to a delivery center, which is a neighborhood business near his home, and collect packages at times that are convenient for him, and thus also contribute to the business economy.

We have seen that the revenue of those small businesses increased significantly during the Corona period, and the cooperation with the post office allowed some of those businesses to remain open even during the closure periods, as vital businesses. "

The star from Spain: a family paella

Collaborating with the mail allows businesses to remain vital.

How does this mechanism work?

Arik Dvir, owner of the Yad Eliyahu grocery store, broke a record this year in the distribution of packages by the Israel Post, when in December alone he delivered about 15,000 packages, after his monthly average was about 11,000 packages a month.

This amount of dedication ranked Eric 11th in delivering packages around the country for the Israel Post in 2020.

Since you are Israelis who love numbers, you probably want to know "how much it costs in shekels."

Well, the amount is inaccurate and depends on a number of variables, but according to estimates for the delivery of a package, a delivery center receives about 60 cents per item, so a center that delivers 500 packages a day, or about 10,000 a month, will receive NIS 6,000 each month.

"The past year has been marked by Corona and characterized by a complete halt in consumption for at least the first few months," adds Kedem Madmon. Challah in the first months of the corona, caused a significant drop in online commerce orders.

Only in June, with the exit from the first closure, did we see a recovery in orders on international websites, most of which was reflected at the end of the year in the increase in orders during the shopping holidays in November and December.

"Thanks to the cooperation with the small businesses, we were able to deliver tens of millions of packages this year, despite the closure and the corona."

"I had to put packages on the floor, and I just gave up"

So turn around, we understand, it pays off for the Israel Post, but what about the business?

Is the mess worth a few thousand shekels a month?

"The main reason for the collaborations with those small businesses, is to create the huge traffic for those businesses and not just the revenue that the same business receives from the post office," says Kedem Madmon, "but from the new customers who get to know the business where they collect the package. "Percentages and more in revenue and traffic from new customers who had not been exposed to the same business until then, and thanks to the mail, they came to the business and also made a purchase there."

And really, think about it - you go in to pick up a package, do not buy a bag of bamba or a soft drink?

On the other hand, it does not work for everyone.

"It didn't suit me," says Amir, who owns an explosion from Ramat Gan, "I had to put packages on the floor, this place is small anyway, so I just gave it up."

On the other hand, the Israel Post reports a steady increase in the number of distribution stations, which currently stands at about 700 in number throughout the country.

The vegetable store that grew packages

Dudu Yitzhak, who owns a fruit and vegetable store, from Ashdod, opened the business about a year ago at the beginning of the Koruna and increased his sales significantly.

Dudu, who felt firsthand the consequences of the first closure when the market, where his stand up to the Corona stood, was closed to visitors and buyers, recounts how the delivery of packages became for him a lever to promote the business during the Corona period.

After closing the vegetable and fruit stand in the first closure, he decided to open a store in a neighborhood area, and thus remain vital if in another closure the market closes again.

He opened a fruit and vegetable store in the 17th neighborhood of Ashdod and at the same time became a parcel delivery center at the Israel Post.

According to him, since the partnership with the Israel Post last August, sales have increased by 200%, the store's customers have increased significantly. Get to know him from the market stall: “Even two months after the store opened, customers who live nearby came and were unaware that they had the option to buy fruits and vegetables near the house.

To my delight, it was a lifeline.

The activity and exposure of the store received significant reinforcement from the customers who came to collect packages, which allowed for continued sales of the store's products as well.

"It is clear that in such a period of restrictions, in which people found it difficult to travel, the store became a valuable and strategic asset in the neighborhood, also in terms of the simple ability to purchase basic basic products and collect the packages."

How much is a pound of guavas and a package from AliExpress?

Arik Dvir, the owner of "Arik's Grocery", located for 10 years on Negba Street in the Yad Eliyahu neighborhood, is known to the residents of the neighborhood and the area thanks to the good service, courtesy and the fun and special shopping experience for customers.

"In 2017 I was approached by the post office with a proposal to expand the activity and also serve as a delivery point for packages. I was among the first to pick up the gauntlet and chose to start trying to see how it goes, and what it means to expand the grocery business to further engage in organization and package delivery."

Today, a year to Corona and from the heights of his experience as a store owner serving as a delivery center, Eric describes connecting to the mail as the most successful deal he has made and the one that has proven itself in a year that has been difficult for so many businesses.

With distribution data of about 130,000 packages in 2020 and a monthly record of 15,000 packages distributed in December, Eric earns an additional income of close to 10,000 shekels a month, but says that the purchases made by customers who come to receive the packages and produces a 30% increase in store revenue: "The fact that my business serves as a mail delivery center was even more significant during the Corona period. People also came from far away places and saw going out to collect a package as a form of entertainment and ventilation during a difficult period, so also allowed themselves to purchase more when they arrived at the grocery store. "Everything else. This connection has proven itself in business."

A piece of delivery branch.

Amir Massoud Levy, owner of a 'minimarket in the city' on Rehovot, who works 24/7, opened his business at the height of the Corona crisis in June this year.

Amir, who intended to open a bar on the streets, found himself re-routing a computer in light of the situation and decided to open a minimarket.

He made the call to the Israel Post even before starting work as a minimarket.

"I realized that in order to survive as a business I had to create an anchor that would generate traffic to the place. It was clear to me that in connection with the post office, people would always come and of course buy in the business. It did prove itself. Fortunately, I distribute 7,000-8,000 packages a month. "Relatively new delivery. At the same time, the movement of people who come to collect packages and buy products and food at the minimarket, has increased the monthly revenue by 20% -30% per month."

Israel Post launches a service that will allow the transfer of preliminary information before sending packages - Walla! Business 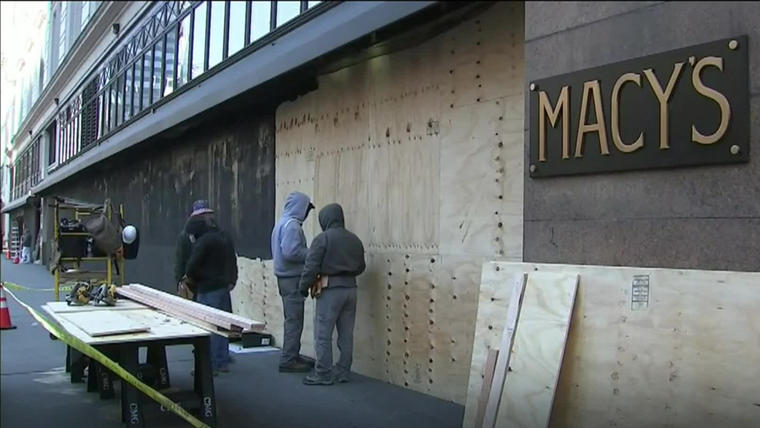 Competition for Aldi, Lidl, Rewe and Co .: New supermarket comes to Germany - with its own concept 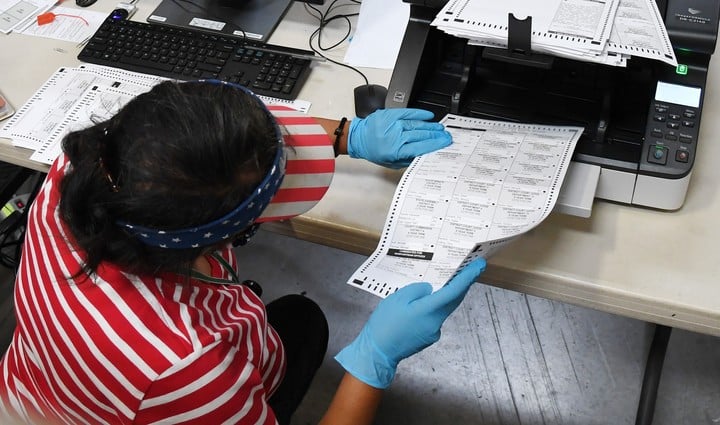 Elections in the US: what voting by mail looks like and how it is processed