Artificial intelligence scours through job networks such as LinkedIn or XING - and analyzes who could be of interest to headhunters. Do you want the AI ​​to attract attention? That is how it goes. 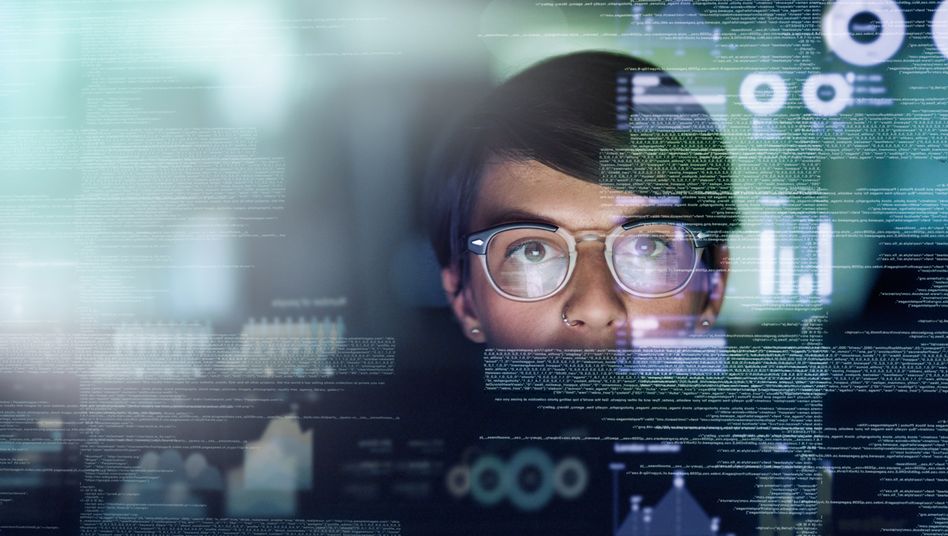 Subject: »You want to take the next step?« Sounds slippery, but is rather prosaic, a headhunter wrote that it is about a job offer in Munich.

"I found out about your profile through various contacts," writes the headhunter in her message on XING.

Business as usual, whoever registers in the network or with the international competitor LinkedIn is usually looking for contacts, new projects - or even jobs.

For personnel consultancies that are looking for potential applicants in a wide variety of industries and want to fill their database with promising candidates, LinkedIn and XING are valuable sources.

But how do you stand out?

In career networks, who makes sure that you are presented to the right people at the right time?

The answer is as short as you might expect: algorithms.

They sort job offers, suggest contacts - and analyze how likely it is that a user wants to change his career or not.

At Xing, this tool is called Recruiter-Ampel.

Free course, the candidate is evidently willing to change.

If companies want to use this service, they have to pay extra.

The demands are correspondingly high: "We want to show recruiters only users who are actually looking for a new job," explains Sebastian Bossung, who heads the Jobs division at Xing and develops applications based on artificial intelligence with his team (AI) based.

"If the recruiter writes to 400 people, but only 20 are interested at all, that naturally creates frustration."

Now there is a button in the Xing profile »I'm looking for«.

Users who want to switch could of course simply click on it.

“But they don't,” says Bossung, “at most a third of our users click here, if at all”.

Because they can't find the button, they don't know that it even exists, they are afraid that colleagues from their own company will see that they are looking.

Conversely, the pressed button tends to be forgotten when the user has long had a new job.

Which criteria indicate willingness to change?

More from »The Boss Machine«

And that's where the AI ​​intervenes in the job carousel: Using 60 criteria, the XING programmers trained artificial intelligence to think automatically.

It should keep an eye on all profiles and pay attention to sometimes very mundane activities: Has someone just changed their profile picture?

But more subtle data also flow into the analysis: How long has the user been in their current job?

And how long is the average length of stay there?

Maybe now is the time for a change?

Where does the user live, how old is he?

But also: What is the market like in the sector right now?

If I'm in an industry in which there is a lot of demand and I'm confronted with offers more often anyway, the probability increases that at some point an offer will come up that I will take a bite from," says Bossung.

All of these criteria flow into the AI ​​analysis and then lead to the result.

The traffic light shows the searching personnel: the probability of a change is 78 percent.

Writing to the user has a better chance of success than a user who is only 14 percent likely to switch.

Try out how the recruiter traffic light would decide in your case.

In the interactive graphic, for which you do not have to register, XING has processed a selection of the traffic light criteria.

Industry, age, professional years, you can control the different factors with the sliders and then the AI ​​traffic light jumps to red, yellow or green.

Of course, the value changes depending on how you adjust the sliders - so play CV DJ and remix your specs to see how the AI ​​works:

Of course, you know what you want yourself best.

The algorithm is not interested in reading minds either.

Instead: filtering candidates on a large scale - after all, 18 million people in Germany are currently registered with Xing.

This process could not be carried out manually.

But the network's data analysts at least carry out random checks in order to further improve the AI: Did the user who was set to dark green at the recruiter traffic light actually change jobs in the end?

After all, most users entrust every step on the career ladder to their online profile, to which the developers have access.

So the AI ​​is trained more and more - and gets better, so the idea.

Because, of course, artificial intelligence is not free from errors either.

Just like people, with all their prejudices and clichés in their heads that can lead to discrimination.

"We don't have face recognition in the profile photos, which of course would otherwise be a gateway for possible discrimination," says XING technician Bossung.

“And we don't include gender as a criterion in the search process.” When recruiters search for job titles, for example, “photographer” or “doctor”, the Xing search automatically adds “doctor” or “photographer”.

Of course, mishaps also happen: "We once had a priest job that was suggested to a large number of users," says Bossung.

Or something goes wrong with the classification of vacancies: For example, an advertisement as a board assistant ended up in the digital drawer "board" and was proposed to top managers by the row.

"A lot of them were angry," says Bossung.

A look into XING's engine room shows that AI is only as good as the data with which it is trained.

Or just as bad.

Are you hired? These questions await you in the interview Attention: Why you should ask about your predecessor in the interview With this résumé, you will be remembered by employers years later

This interview question is actually forbidden - although it seems completely harmless HR professionals use these three questions to test whether you have emotional intelligence - are you prepared?