Lufthansa: The golden days for business travelers are over

Lufthansa is making billions in losses - but the boss is already thinking about the time after the crisis. Carsten Spohr relies on tourists and saves on premium and business customers. 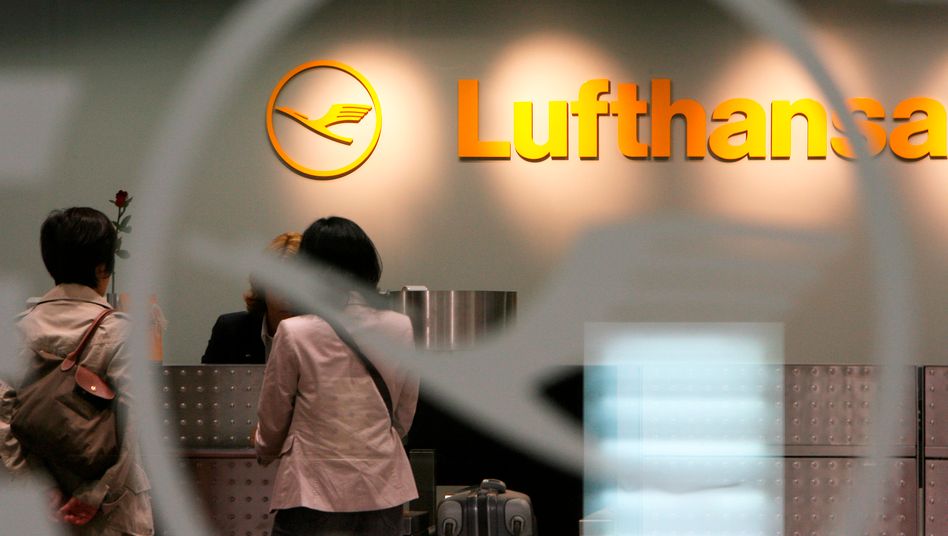 That is how high the budget of the Federal Foreign Ministry is - for the entire year.

Or the sales of the Munich auto supplier Knorr Bremse.

But it is not.

The trained pilot wants to use the corona crisis to turn the traditional company inside out, as none of its predecessors did.

“Don't waste a good crisis” is an old managerial saying, “use the opportunities that a crisis offers you”.

Spohr follows them with a consistency and severity that hardly anyone would have believed him capable of.

In the end there will be a new Lufthansa: smaller, more modern and more geared towards the needs of private customers.

Or to say it with Spohr: "We can deal with headwinds."

Lufthansa balance press conference from the first-class terminal in Frankfurt

In the meantime there can be no more talk of that.

Spohr breaks with iron rules that belonged to Lufthansa for decades.

"Once Lufthansa, always Lufthansa" was the name of one of them.

Anyone who got a job at Germany's flagship airline never gave it up.

After all, it brought not only good money, but also privileges such as free flights for employees and their families or the right to discounted purchases.

Nevertheless, Spohr managed to have 28,000 fewer employees by the end of the year.

Another 3,000 employees left in January and February.

Nothing stays the same as it used to be

“Only an airplane that has been written off is a good airplane,” was another Lufthansa mantra.

After all, they made the highest profits.

The old planes should stay on the ground;

Spohr wants to retire jets that are more than 25 years old.

It was actually strange anyway that Lufthansa was still running the gas-guzzling oldtimers right before the crisis.

Today Spohr is negotiating with the Airbus and Boeing management about the purchase of new, more fuel-efficient jets.

Nothing stays the same as it used to be.

Spohr even dares a sacrilege, the so-called aviation group.

Under the former CEO Jürgen Weber, the motto was that Lufthansa had to offer everything that has to do with flying, catering, technical services and credit card programs.

Spohr does away with that too.

Some of the cookshops have already been sold, the rest should follow.

The payment service provider AirPlus is also to be disposed of quickly.

A minority shareholder is to dock with Lufthansa-Technik by the end of the year.

Everything that is not immediately required for operation has to be removed.

The biggest changes are likely to arise for the previously pampered clientele of business travelers.

So far, it has brought a large part of the profits to Lufthansa, but has caused enormous costs - for lounges, staff and special services such as fast lanes, limousine transport to the aircraft or more comfortable support in the first and business class.

She has to adjust to difficult times.

Before the crisis, around 29 percent of Lufthansa guests were business customers and accounted for 40 percent of sales.

Spohr anticipates a decline in sales in this segment of 10 to 20 percent.

The premium offer should shrink

Due to the crisis, there is currently only a first class on very few routes, namely those that are served by the Boeing 747-8.

Spohr wants to shrink the premium offer and use smaller machines to drive more tourist destinations in the future.

In return, there should be fewer direct connections.

Business travelers will have to change trains more frequently, including on routes within Europe.

So far they have been able to bridge waiting times in Lufthansa’s own lounges and let themselves be pampered there.

How exclusive the service is remains to be seen.

There is already speculation in the industry that the members of the Star Alliance could merge their waiting rooms for status customers in order to save money.

Spohr announced the current figures today from the first-class terminal in Frankfurt am Main.

Where else there is air-dried Pata Negra ham or Ruinart champagne and passengers can relax in bathtubs, the lights are currently switched off when press conferences are not being held.

The first-class terminal is closed because there are no passengers.

That, according to Spohr, shouldn't stay that way.

He wants to reopen the luxury terminal as soon as possible. After criticism: Lufthansa defends additional flights over Christmas - "We are an airline"&nbsp;