Exclusive: The former director general of the Ministry of Defense leads Israeli companies to the stock exchange in Canada

The third wing of the investment company EXITEAM is revealed: Maj. Gen. (Res.) Udi Shani, a member of investment banker Roni Yegerman and Amalia Schechter, to promote the issuance of Israeli technology companies in Canada.

Second: "The Corona halted the flow of funds from the angels, but opened up other interesting avenues such as the Canadian stock exchanges"

Although the corona stopped the Israeli high-tech cash from private investors, it also opened the investment and public offering dam and led them to new highs. Currently, 3 Israeli entrepreneurs want to take advantage of the timing to connect Israeli start-ups to the North American capital market.

'Walla! Money 'reveals for the first time that the third wing in the management triangle of the EXITEAM investment company is Maj. Gen. (Res.) Udi Shani, former director general of the Ministry of Defense and former commander of the ICT division.

the latter raises funds from Israeli investors 100 thousand shekels and up in Israeli high technology fields, which are by EXITEAM that match IPO Toronto, Canada (TSXV) Or on the Toronto Stock Exchange (TSXV).

Bottle Calculator: For people who are tired of being suckers

On the way to the NASDAQ

The investment is made as part of a convertible loan bearing a fixed and pre-agreed annual interest rate given to the private start-up company from the investor, and when the company issues, the same loan is converted into company shares at a discount to the IPO.

The companies selected by EXITEAM for investment are required to present a business model, a unique product, and the beginning of their product sales.

Shani, who currently serves as an advisor to governments and companies in the field of innovation and cyber and in recent years has served as director of business development in Singapore, including Peter Lim, one of the ten richest in the world, told Walla!

Money, because "since my release in the IDF, I have been involved in investments and have been aiming for a field that I have known well since my days in the IDF - the technological field.

Israel is a technological powerhouse and an incubator for entrepreneurship, and as such, many start-up companies are emerging that need capital to continue to grow.

The corona halted the flow of funds from the angels, but opened up other interesting avenues such as the Canadian stock exchanges.

EXITEAM mediates exactly this solution for companies, and adapts it to the dimensions of each of the start-up companies it represents. "

, told Walla! Money that" Canada's stock exchanges are a stopover for Israeli start-ups. Along the way, they swim in the deep waters of the US NASDAQ stock exchange.

EXITEAM was founded in 2020 by Amalia Schechter, Roni Yegerman and Maj. Gen. Udi Shani, and so far has accompanied 4 Israeli companies that are on their way to being listed on the Canadian stock exchanges.

Among the companies is Procor, a company that developed a gel for relieving joint pain, and raised C $ 2 million from private investors.

Procor is considering an IPO on a Canadian stock exchange valued at approximately C $ 30 million.

Another company led by EXITEAM for an IPO in Canada is the Israeli biotech company Forrest Innovations, which has developed a solution to prevent dengue fever caused by mosquito bites and is defined by the World Health Organization as one of the ten diseases that threaten humanity.

The company is currently in the process of raising C $ 2 million at a value of C $ 25 million, ahead of its IPO in the coming months. 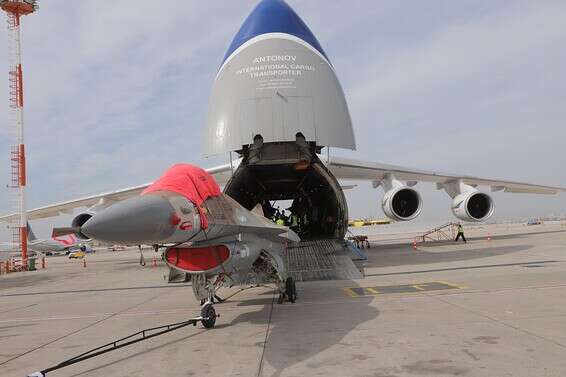 12-year record: The shekel continues to strengthen against the dollar despite the crisis - Walla! news

The reasons for the strengthening of the shekel are mostly good. The question is whether the result is also good - Walla! Business