Corona crisis: Australia is not considering opening its borders until mid

The continent has virtually isolated itself from the rest of the world because of Corona - and according to Australia's tourism minister, it could stay that way for a long time. "Travel bubbles" are possible, however. 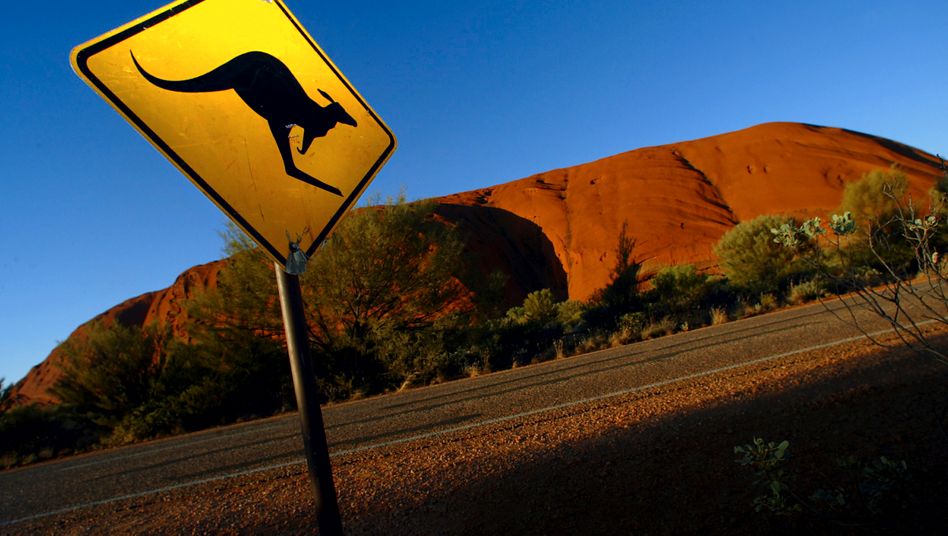 Road sign in front of Uluru in Central Australia

Australia's external borders have been practically closed for more than a year.

Even many Australians often struggle to enter their home country.

There are only a few exceptions for foreigners.

With this measure, the country reacted very early and consistently to the pandemic.

Vaccinations are now progressing in many parts of the world - and travelers and the tourism industry are hoping for an easing.

But it doesn't look like that at the moment.

In an interview with Sky News, Minister of Commerce and Tourism Dan Tehan spoke about the regulations.

He does not consider a complete opening before »the middle or even the second half of 2022« to be realistic.

"It's a crystal ball story," said Tehan, referring to the global corona situation.

However, watch waves like in India now and act accordingly.

From there, Australian citizens can re-enter from May 15th.

The government had previously imposed a complete entry ban with sometimes draconian penalties due to the virus situation.

This had caused angry reactions in Australia.

According to Minister Tehan, some countries could come under special regulations in the medium term.

There is currently a so-called "travel bubble" with New Zealand.

Air travel between the two countries has been possible again for a little over a week without major hurdles.

This is also desirable for the tourism and aviation industries.

Thanks to strict measures, Australia has so far got through the pandemic very lightly.

The country closed its borders to non-citizens and permanent residents in March 2020.

Such a regulation is comparatively easy to implement at only a few international airports and ports.

Whole large cities, most recently Queensland's metropolis Brisbane, are immediately sent into lockdown for days if an infection is detected.

The tracking of contact persons also works well, but the vaccination program is getting off to a rather slow start. Popular holiday destination will probably not allow tourists again until 2022

Travel again in 2022: This holiday country will stick to the entry rules Drastic measures: This holiday destination does not want to allow tourists from Europe again until 2022 Extreme corona measure: holiday country will probably only allow tourists again when all locals have been vaccinated