The United States has officially come out in favor of lifting intellectual property rights. But this measure, to the dimensions 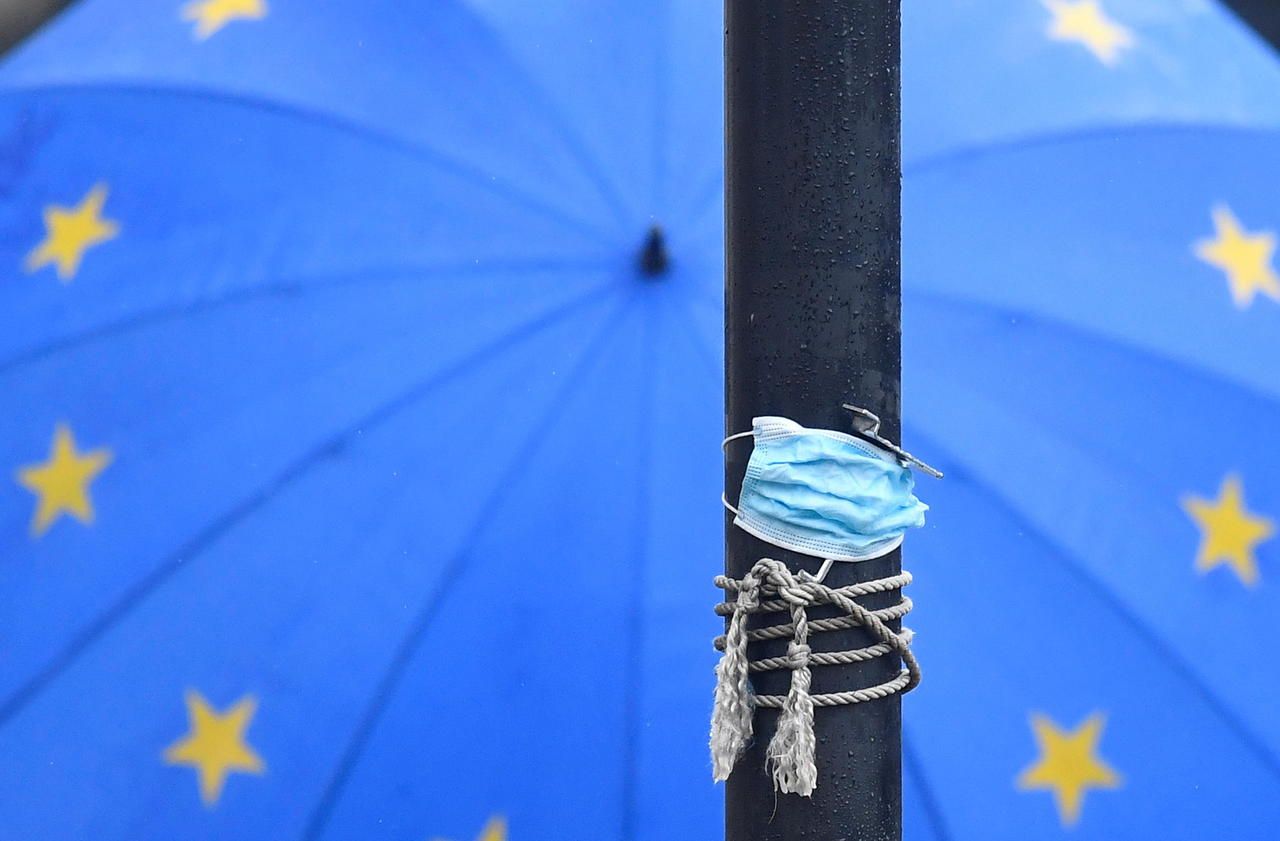 It only took a few lines to shake up an entire sector and trigger an intense political debate.

Since Wednesday evening, the United States has very officially become the spearhead of the lifting of patents on Covid-19 vaccines.

This announcement had a worldwide impact.

Much more than the request formulated in October 2020 by India and South Africa to the WTO, which have since tried unsuccessfully to obtain a consensus on this issue.

5 minutes to understand a moving idea

The lines could move quickly.

The WHO and the WTO have already praised the American company.

In Russia, Vladimir Putin said he was in favor of lifting barriers.

Just like Emmanuel Macron on Thursday, although the latter insisted on the need, also, to act on other levers.

On Wednesday, the WTO again considered requests from India and South Africa, now followed by more than 100 WTO member countries.

In recent months, they have always come up against opposition from northern countries, including the European Union.

For its detractors, lifting the patents on vaccines in no way guarantees an increase in their production in the world.

"A clear solution for States, transparent"

To fully understand the stakes of this debate, we must first of all remember that the American position does not entail a lifting of vaccines ad vitam aeternam.

This would only be temporary, to protect as many people as possible in the world.

The administration also speaks of "suspension" of intellectual property rights, which would probably only last a few years.

The US supports the waiver of IP protections on COVID-19 vaccines to help end the pandemic and we'll actively participate in @WTO negotiations to make that happen.

"The lifting of patents constitutes a clear solution for States, transparent," comments Lucas Chancel, economist, teacher at Science Po and co-director of the Laboratory on Global Inequalities at the Paris School of Economics. Bilateral agreements between States and laboratories generate legal instability. And history has shown that laboratories can file a complaint against a country in cases related to intellectual property. This was the case with AIDS and triple therapy in the early 2000s. All of this is in the direction of the dozens of countries which are now demanding the lifting of patents. "

What would be the consequences ? “This amounts to annihilating for a given time the effects of intellectual property rights on a vaccine,” comments for Le Parisien Me Anne-Charlotte Le Bihan, associate lawyer at Bird & Bird and specialist in patents in the pharmaceutical field. Pharmaceutical companies will not be able to oppose them to third parties who would have recourse to them. Technically, all countries could potentially take up the recipe for vaccines in an attempt to produce them in turn. The removal of these barriers would require a suspension of the TRIPS agreements, in force at the WTO, which stipulate that patents must be obtainable in member countries for any invention, product or process, in all technological fields without discrimination. .

Moderna has already promised not to oppose its patents

And this is where the hard part begins.

Because lifting the patents would probably not imply an immediate increase in production.

"The patent describes the technologies used but it does not say everything," continues the council.

The magic recipes, the know-how, you keep it to yourself.

»Which brings us back a little to the legend of Coca-Cola, whose ingredients appear on all the bottles, but whose recipe remains as preciously guarded as ever.

An example is enough to fully understand the problem. From October 8, 2020, by means of a press release, the Moderna group announced that it will not oppose its intellectual property rights as long as the health crisis lasts. And no one, to date, has been able to replicate their vaccine. This is also true in the case of AstraZeneca. The laboratory granted free licenses to manufacturers, which did not prevent it from retaining valuable market shares, despite all the health difficulties encountered.

"The real blocking points are industrial," insists in the entourage of Agnès Pannier-Runacher, Minister Delegate in charge of industry. The lifting of patents, in itself, will not solve this problem. Until now, vaccine production worldwide has been between two and three billion doses per year. With the Covid-19, the needs are evaluated between 10 and 14 billion doses. "

The production of messenger RNA vaccines by developing countries will certainly take time.

If intellectual property rights were to be lifted, it would still be necessary to carry out the technology transfers necessary for the production of these so-called new generation vaccines.

“The human aspect is just as important,” we continue at Bercy.

We are not against the lifting of patents per se, but it does not solve everything.

"There are enough manufacturers"

These words, in fact, are in line with the statements of Adar Poonawalla, director general of the Serum Institute of India, to the Guardian. When asked if the laboratories had not authorized too few manufacturers to design the vaccines, the boss of the largest producer in the world had brushed aside this criticism. "There are enough manufacturers, it just takes time to increase production," he said. By the way, I was blown away by the cooperation between the public and private sectors last year, for the development of these vaccines. “Adar Poonawalla especially deplored a lack of harmonization on a world scale, proposing for example that if a vaccine is validated in the“ half-dozen ”of producing countries, then it should be able to be shipped anywhere on the planet.

Lucas Chancel called on him not to despise developing countries too much.

"We are told that it would have no effect, but then why not lift the patents if the risk is zero for the laboratories?

Countries like South Africa and India have significant production capacities.

The factories adapted in a few months in Europe, there is no reason that it is impossible to succeed elsewhere.

Long months have already been lost since October.

Also read raising patents on vaccines, the idea that divides the world

Would the lifting of patents threaten the finances of pharmaceutical companies, which have committed billions to develop their doses? In the short term, this is unlikely. Pfizer and Moderna have already raked in billions of dollars in profits. Pfizer estimates sales of its vaccine for 2021 at $ 26 billion, compared to $ 18 billion for Moderna, which had never made a profit before. This logic is less true for the laboratories that have opted for adenovirus vaccines, AstraZeneca ($ 275 million) and Johnson & Johnson ($ 100 million). Two laboratories that have chosen to sell their doses at cost during the time of the pandemic. On the other hand, the lifting of patents could well slow the arrival on the market of new entrants,both patents are a guarantee for investors.

The American initiative is also very political. "Joe Biden could say to himself that it will not cost him much", anticipated Lucas Chancel a few days before the White House made its appeal. The United States has reached an advanced stage in its vaccination campaign, and the Pfizer and Moderna laboratories, the two big winners in the vaccination race at this stage, are both Americans. Their market positions appear to be well established already. For Jo Biden, the time may have come to reaffirm the return to the forefront of Americans on the international scene. By giving somewhere the feeling that the European Union is once again lagging behind. 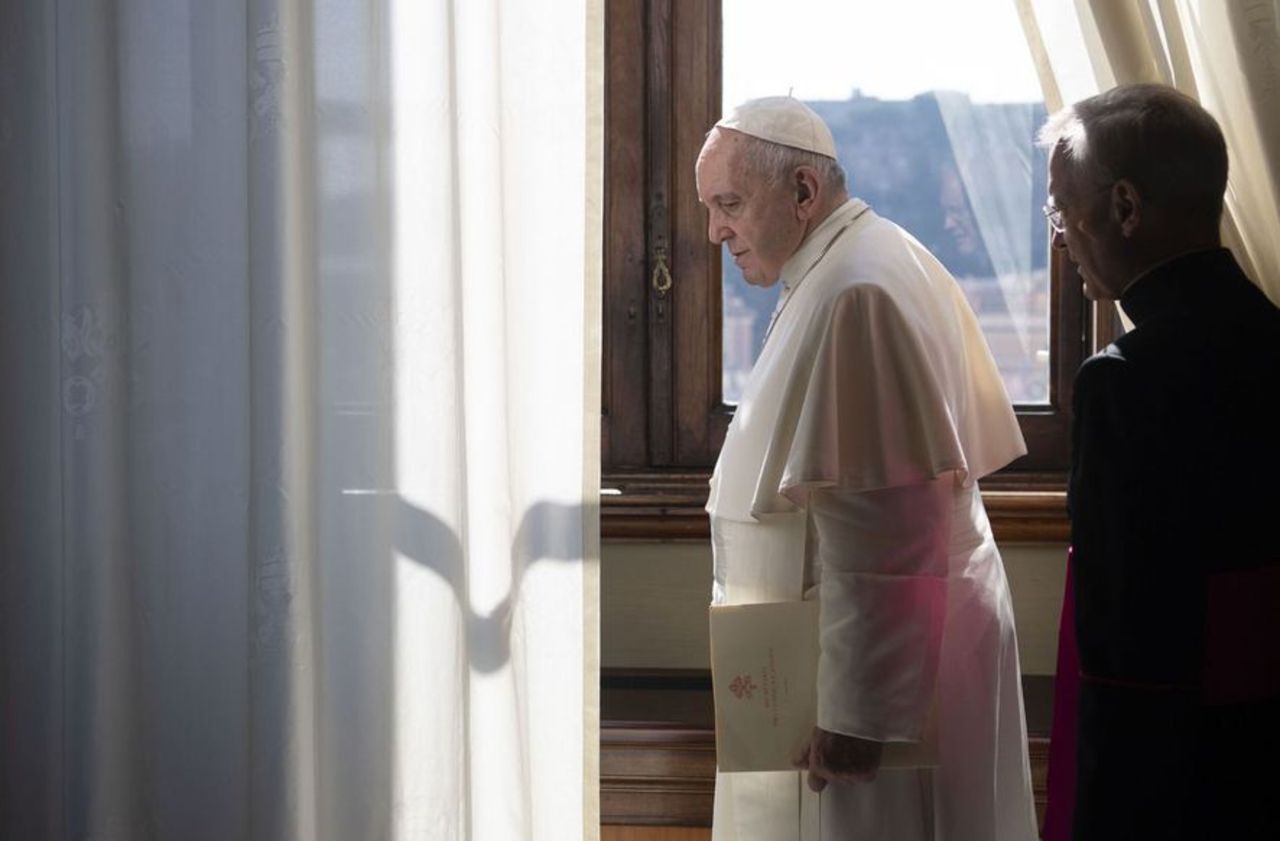 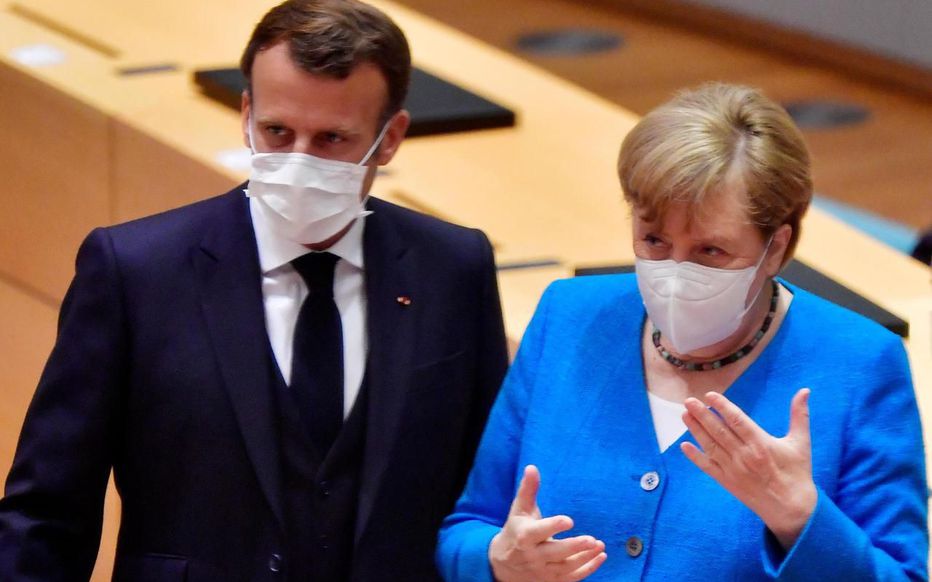 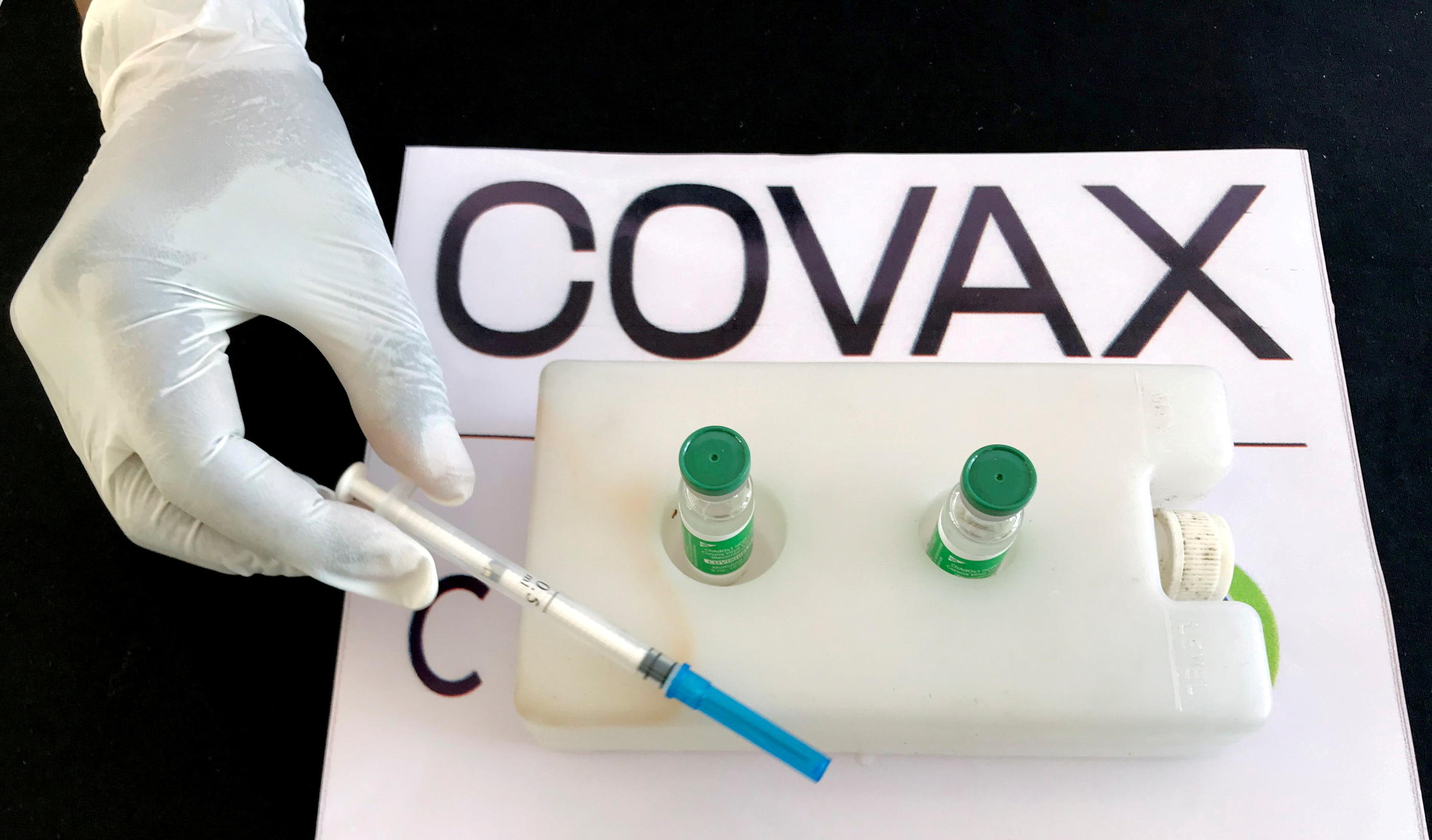 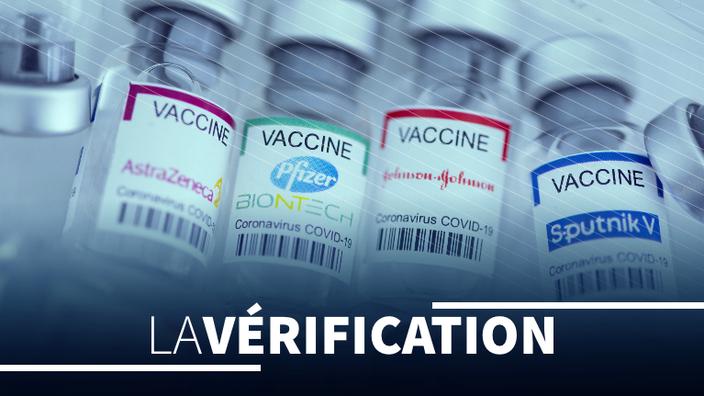 Would the lifting of patents make it possible to speed up vaccination worldwide? 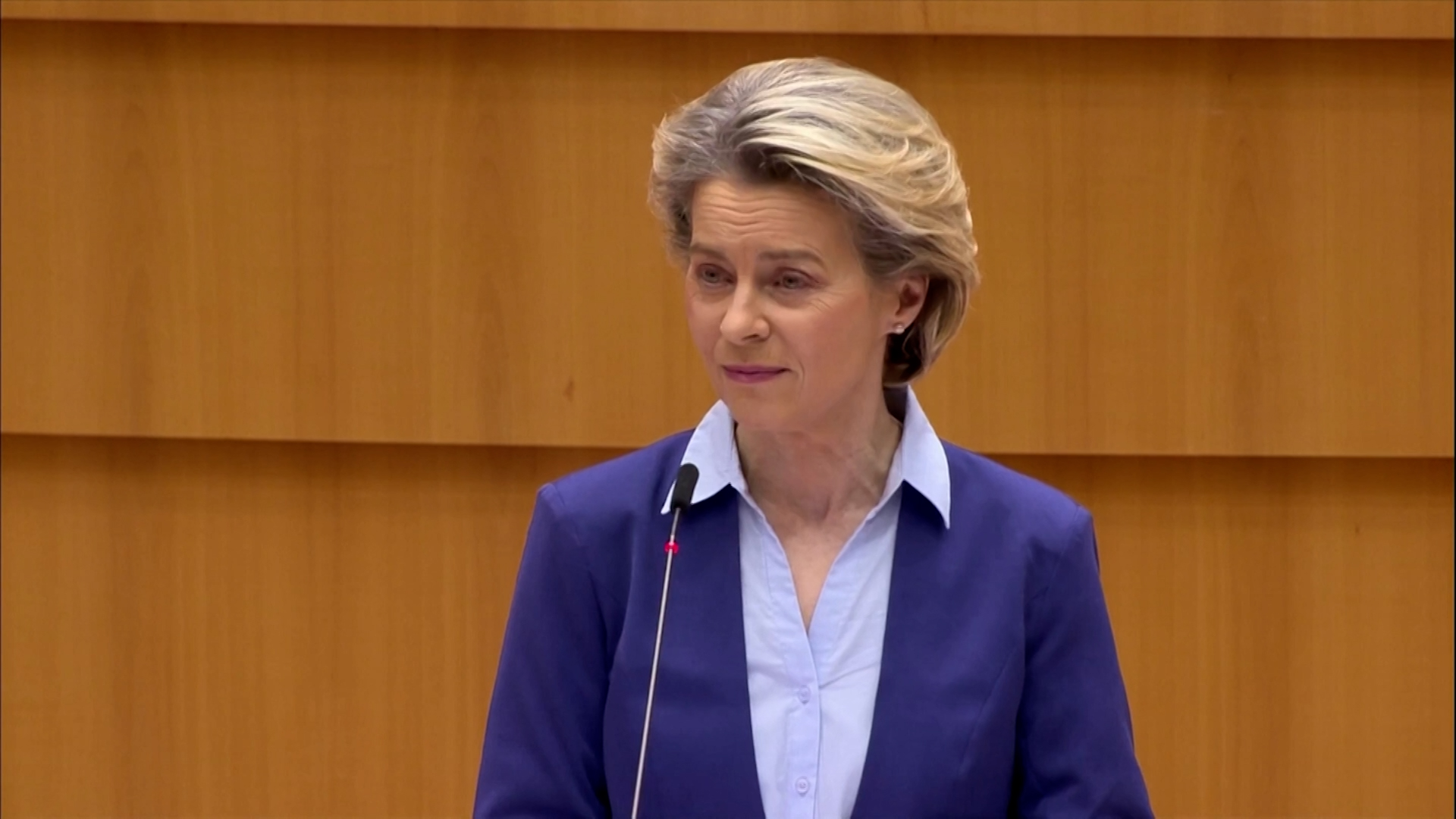