Going for a walk with Helen Macdonald: Monoliths made of wood and metal

Because travel is difficult at the moment, the award-winning British writer Helen Macdonald photographed and commented on a walk in her area exclusively for SPIEGEL. 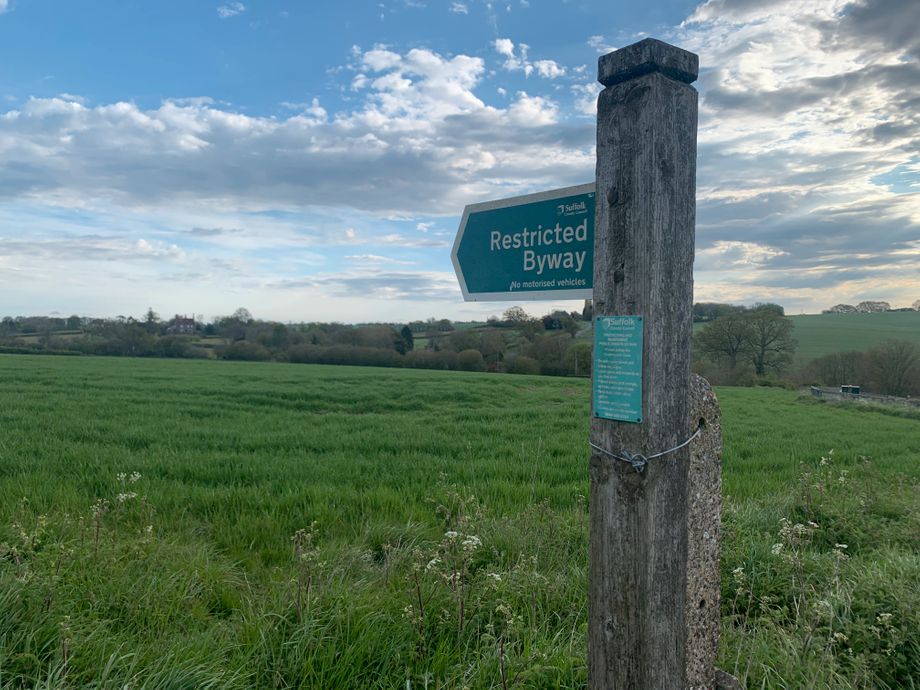 “It's 7:30 am and I've just left my house in a small Suffolk village, fortified with two cups of coffee and a piece of buttered toast.

I walk up the street, carrying binoculars with me (my beloved Swarovskis, bought used) and a pair of boots against the mud I expect after the night's rain.

I plan to walk about six miles, a long loop that will take me out and back over the farmland northwest of my village. "

“It was a terribly dry, cold spring, but now we've had a few warm days.

A few years ago I spoke to Tim the farmer and asked him what he was going to grow in the field right behind my house.

>So what do you want?

Barley? 'I said barley - and indeed it grows here now.

I doubt that I had much influence on his decision, but after this conversation I almost behaved like the proud owner of the barley field. "

Two pheasant cocks are fighting in the field on the left: spurs and kicks, tense stopping, swollen necks.

They pause when they see me, stare at me in shock, then one of them crouches and escapes in a straight line to a wood.

I guess it is entirely possible that my presence gave the other pheasant victory in this dispute. "

I admire this dead oak.

It stands on the cow pasture like a prehistoric monolith.

Everyone I have taken on this walk is attracted to it;

everyone wants to get closer and put their hands on the polished, ancient trunk. "

“Now the path turns left, along a line of poplars in a very lush meadow that borders a shallow lake with muddy banks.

Sometimes migratory birds settle here to rest and eat before starting the next stage of their journey north.

I know the animals that live in this landscape very well;

“One of the strangest and most haunted places I've ever flown a hawk was an old farm dump, where grass and blackberries and young birch grew all over the place of discarded tractors, cars, discarded refrigerators and freezers.

The whole place was comforting proof of how quickly nature can be reclaimed if you leave it alone. "

“Just before I take this picture, I suddenly have the feeling that the air above me is being torn open - and that something is falling through the gap that is being torn.

It is an adult sparrowhawk on a hunting flight.

It flies over my head and whizzes down the path, ghostly, gray and almost invisible, then disappears into a seemingly impenetrable hedge.

All the birds in the area stop singing.

Some make the specific alarm call that means 'falcon' - a high

“There are a few small lakes at the top of the hill that were created by a benevolent landowner of the past.

There is a board that says that this environment is the whole joy of the village - but I never see anyone up here, never, despite all the signs that explain what people can and cannot do. "

“Look back at the path.

The light is fascinating;

the clouds cross the sun and the colors become metallic and flat.

Suffolk was a landscape famous for its skyline silhouettes, but most of the tall trees have fallen victim to what is known as Dutch elm disease.

The elms haven't completely disappeared - they have turned into hedge trees.

Once they reach a certain height, they tend to die off again.

But I like the thought that they will probably never be completely gone. "

“A pair of swans nests in the lake.

In my book “Abendflug” I wrote a lot about swans, although I never really liked them.

I once had an experience with one that I cannot forget: he stumbled out of the river on whose bank I was sitting, sat right next to me - and fell asleep. "

I have no idea what this thing is doing, but it regularly scares me. "

“A pheasant egg that was eaten by a crow or magpie.

From where I know this?

I had a book called Nature Detective when I was a kid and I was completely obsessed with it for a while.

I learned how to tell whether a tuft of hair caught in the barbed wire was from a fox or a badger, whether a feather that was found had molted or plucked by a predator - and to whom which piles belonged.

At that time I explained to my mother at length and breadth that the lumps on our lawn were excreted by a hedgehog. 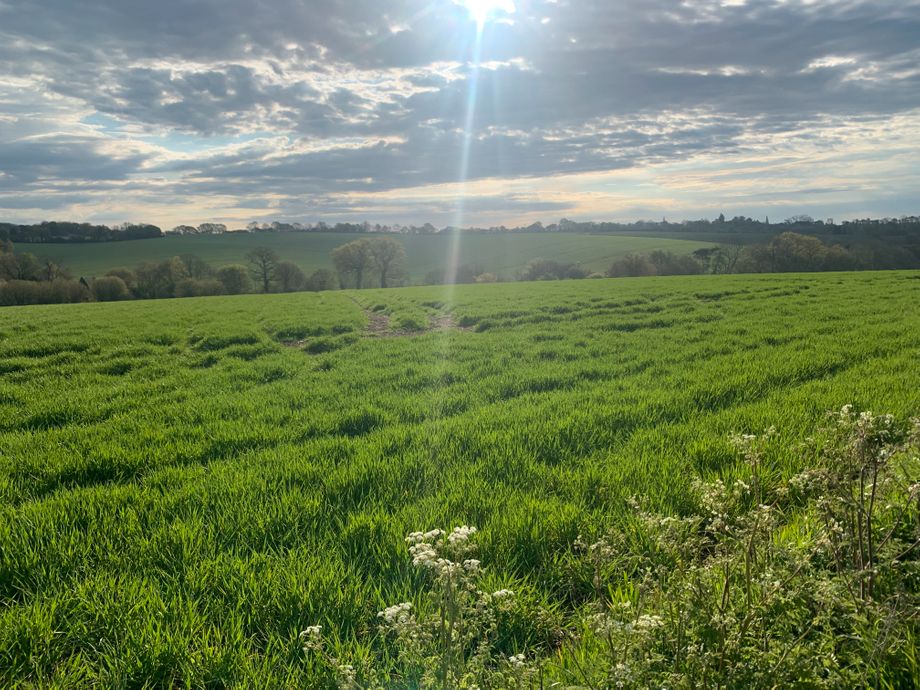 Going for a walk with Helen Macdonald: Monoliths made of wood and metal 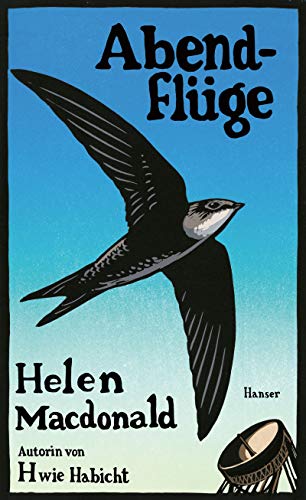 UK Best Selling Author: How To Go For A Walk, Helen Macdonald? 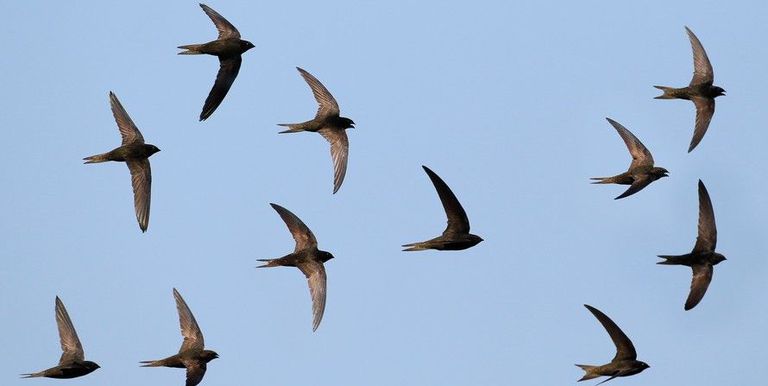 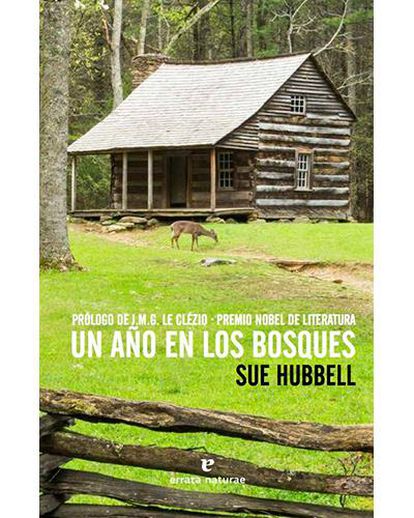 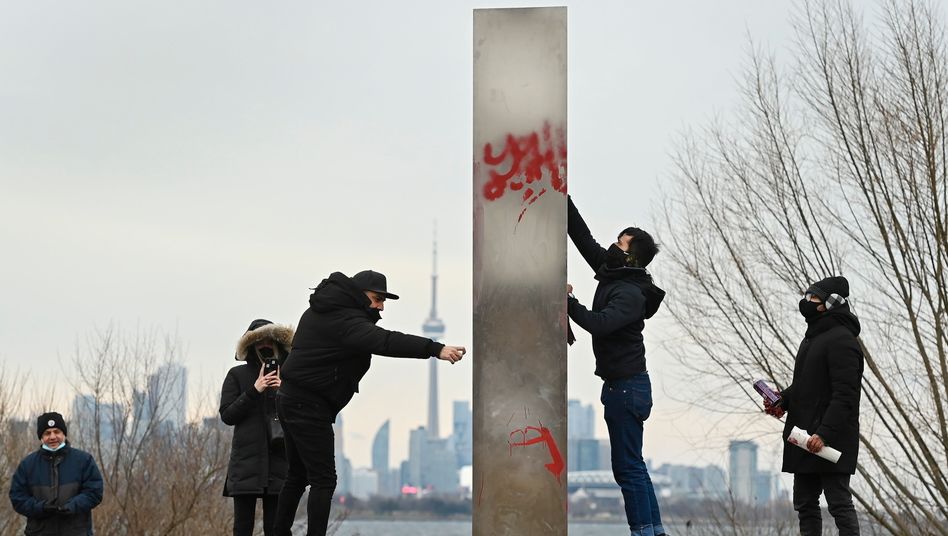 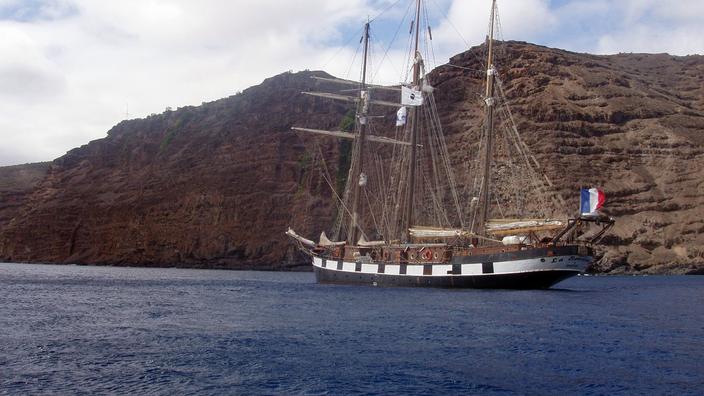 The key to the prison where Napoleon died auctioned for 5,500 euros