Tobias Becher was ridiculed by friends: Apprenticeship as a restaurant specialist! After working in Dubai, Vancouver and Cape Town, he is managing director at TV chef Henssler. What brought the journeymen so far? 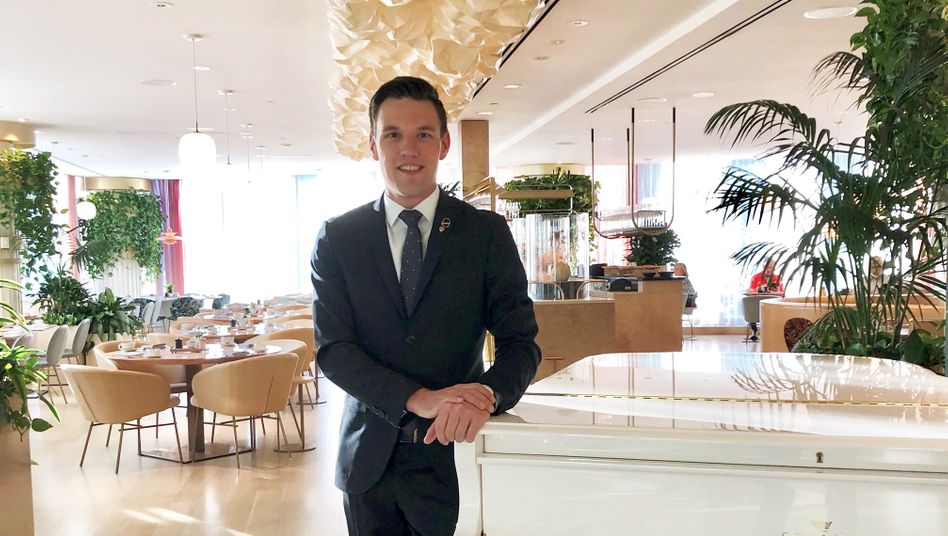 Tobias Becher, 29: “My colleagues probably thought at the beginning, what kind of snob is coming, since even as a trainee I always wore a suit, tie and polished shoes.

Right from the start, I attached great importance to the details. "

At school, Tobias Becher, 29, was laughed at for his career aspirations. Training to become a restaurant specialist? Who does that to themselves voluntarily? Even his friends could not understand why he started an apprenticeship at the Fairmont Hotel Vier Jahreszeiten in Hamburg after graduating from high school. While they were celebrating freshman parties at university, he cleared dirty dishes, polished glasses, and folded napkins. He had neither time nor money for parties - half of his salary at the time was spent on a room in a shared apartment in a Hamburg suburb.

SPIEGEL interviewed Tobias Becher in 2013 for a report on the shortage of apprentices.

Even then, a restaurant specialist was one of the most unpopular training professions in Germany.

“I could probably earn more anywhere.

But I don't care, I want a job that I enjoy, ”Becher said at the time.

Today, eight years later, he says: "I did everything right with this decision."

Today Tobias Becher is managing director with more than 50 employees.

He is currently designing TV chef Steffen Henssler's new restaurant in Munich and setting up his sushi delivery service in southern Germany.

Now it is exactly the opposite of what it used to be, says Becher: He is living out his dreams and the others complained "that they have the same topics on the table every day".

His story is that of a climber, a person who has not yet made it from dishwasher to millionaire, but at least made it into the upper middle class.

And that in a job that hardly anyone wants to do.

Even a luxury hotel like the Vier Jahreszeiten has problems filling the apprenticeship positions in the restaurant.

And the situation has only gotten worse since then.

According to statistics from the Federal Institute for Vocational Education and Training (BIBB), every third apprenticeship for restaurant professionals in Germany remained empty in 2019.

And in 2020 the number of apprentices in this profession fell by another 22 percent compared to the previous year due to the corona crisis.

However, Becher also sees the responsibility for countermeasures in the companies: »I know from many in our industry that apprentices are seen and planned as full-fledged workers from day one.

This works in most cases, but it is unfair: trainees should be trained sustainably and with a clear conscience, and not just employed as cheap employees. «It is the responsibility of companies to promote young people.

He was very lucky with his trainers, says Becher.

After his apprenticeship at the Hotel Vier Jahreszeiten in Hamburg, he was taken on, sent to Dubai for further training and promoted back to Hamburg twice within the first year of his career.

He trained as a junior sommelier, and when he met Marcus van Riesen, a well-known Hamburg hotelier and wine expert, one evening in the hotel restaurant, he asked van Riesen whether he could put him in a winery in South Africa.

A few months later, Becher was on the plane to Cape Town.

There he helped with the grape harvest for three and a half months, heaving barrels and harvesting grapes. "That was a lot of fun, it was just great," he says. “No matter how much you can read about wine, you learn most of it in the vineyard.” For this reason, too, he would always decide in favor of an apprenticeship and against studying: “There is so much that cannot be represented in theory - only in the actual job do you make decisions and experience the consequences. "

After the grape harvest, he spent a short time in a five-star hotel on the Tegernsee and then came back to Hamburg to attend the opening of the "Nikkei Nine", a new restaurant in his former training company.

He worked for a year in a top restaurant in Vancouver, after which he opened the rooftop bar of Le Méridien in Hamburg on the Outer Alster.

And then Corona came.

A few months after it opened, the bar was closed.

"That was a facepunch," says Becher, a slap in the face.

"I sat at home and thought: It couldn't have been now." He ran through alternatives in his head.

And then a former project partner contacted me with the job offer from Munich.

The interview took place in the TV cook's kitchen.

Becher could write a book about networking.

His recipe for success?

"Get in touch with great people and always be authentic", like back then when the Hamburg wine importer got him a job in South Africa at short notice.

Today he is close friends with him, says Becher.

He also stays calm when regular customers call him on his private mobile number to place their sushi order.

"My work is my passion, you don't look at the clock."

Tobias Becher tied the first threads of his network during his training. At that time he took part in the World Cup of Professions, an international competition in which prospective carpenters, plumbers, cooks, bricklayers, gardeners and restaurant professionals from all over the world compete against each other in their fields. In 2013 this World Cup took place in Leipzig. Among other things, Becher had to recognize ten different spirits by smell and color, taste the grape varieties of red and white wines, flambé a crepe and prepare tartare at the table. He became vice world champion in the restaurant trade - and immediately got the first job offers, which he turned down because he wanted to finish his training.

Four years later, Becher was back in Abu Dhabi - as a coach.

The stress of competition is comparable to the later day-to-day work, he says.

"You don't have to care about the whole thing, it's just about the thing itself."

What kind of fool is there?

Perseverance, ambition, hard work, these are the disciplines of the three-way battle that Becher has imposed on himself.

“My colleagues probably thought at the beginning, what kind of fool is there, since even as a trainee I always wore a suit, tie and polished shoes.

Right from the start, I attached great importance to details and, above all, to convincing people with my work.

When someone was looking for something, I always knew where it was. "

With this motto, Becher was also able to score in Vancouver. He, the young German, had been assigned a team of 40 native English speakers there, many of whom were ten years older than him - and who had spent ten years in the hotel restaurant that he was now to revamp. The restaurant, which was open from 6 a.m. to midnight, was to become more efficient and hip, that was the management requirement. Not an easy task.

“For the first few weeks I just worked with them, lived the concept down to the smallest detail and showed my team: I'm there, I support,” says Becher. Because nothing is worse than bosses who only appear instructive and always know everything better. In one-on-one interviews, he asked each team member what was most important to him or her in the job: the monetary aspect, regular working hours or the opportunity to develop and learn. For him, who would choose the third answer anytime, it was surprising that most of them mentioned the work-life balance.

“For many people it is very important to finish work on time and not take anything home with you. I take a lot home with me into everyday life, including conflict issues or difficult decisions. "But that doesn't bother him at all:" A job comes from a calling. Work is part of my life. " 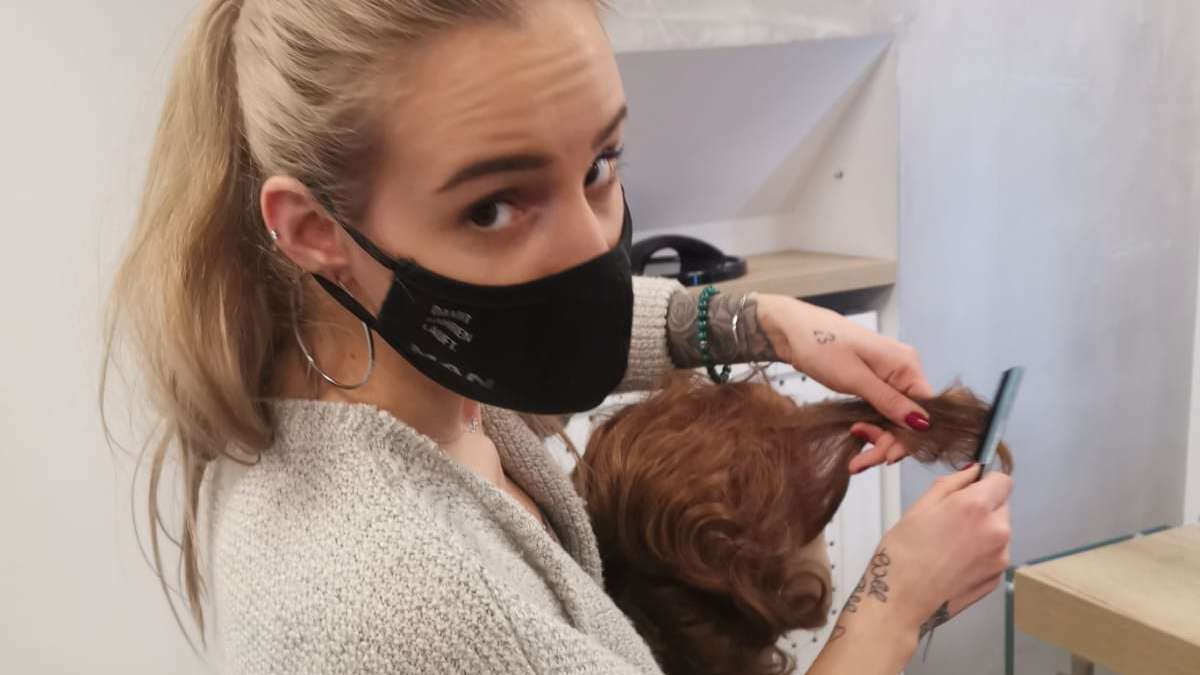 Despite lockdown: This Poingen hairdresser works - quite legally 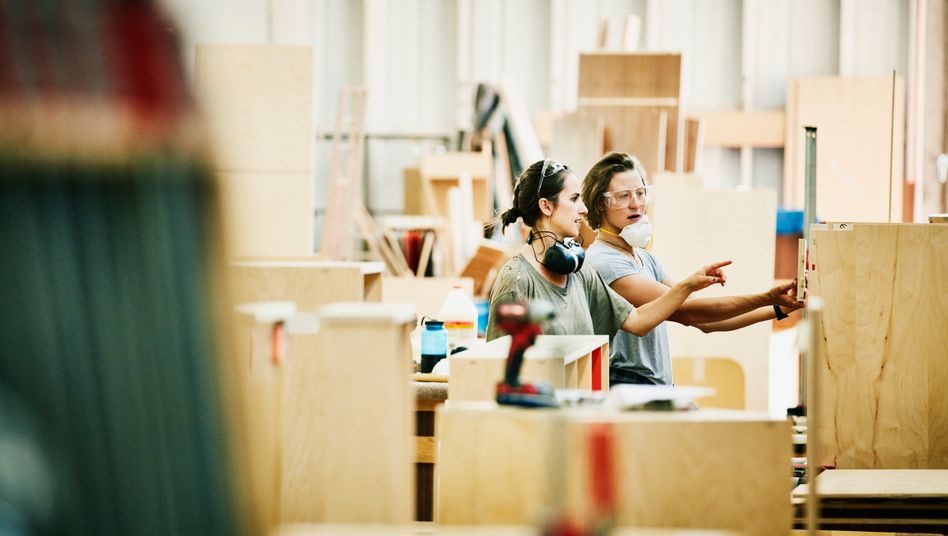 550 euros per month: If you can't live on the trainee's salary 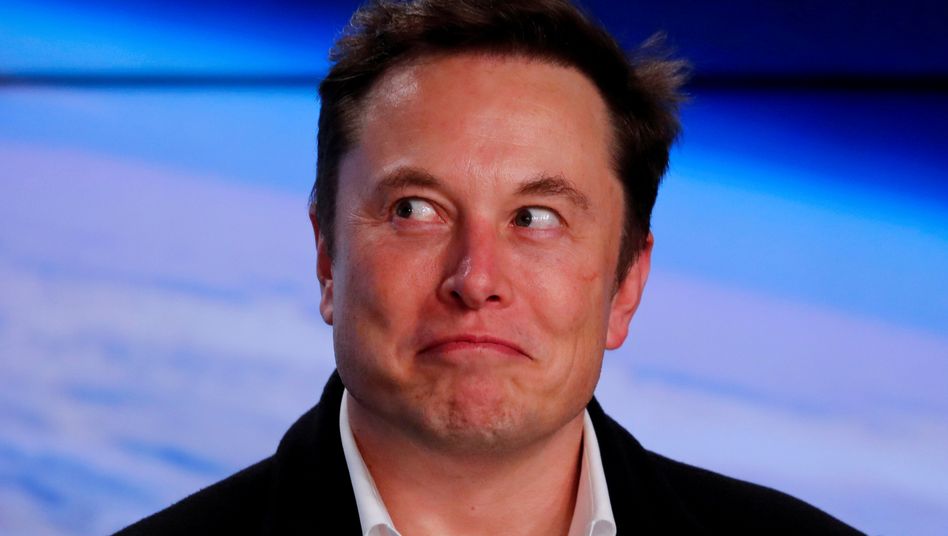