From avocado to eggs: NIS 840 savings per family - Walla! Of money

Under the heading: "Preserving Israeli agriculture, reducing the cost of living", the Minister of Finance and the Minister of Agriculture have launched a program that is expected to reduce the prices of eggs, fruits and vegetables in Israel

From avocado to eggs: savings of NIS 840 per family

Under the heading: "Preserving Israeli agriculture, reducing the cost of living," the Minister of Finance and the Minister of Agriculture have launched a horizontal plan for the agriculture industry that is expected to reduce the prices of eggs, fruits and vegetables in Israel.

The main point of the plan: reduction of tariffs on agricultural imports to Israel.

Minister of Agriculture: "The people will control the salad"

The Minister of Finance, Avigdor Lieberman, and the Minister of Agriculture, Oded Forer, are promoting, in the framework of the structural changes accompanying the Budget Law for the years 2021-2022, a horizontal plan to increase competition and support in the agriculture industry.

The program is expected to increase competition in the agriculture industry, increase the range of products and lower the prices of fruits, vegetables and eggs to the consumer;

According to Lieberman and Forer, this plan will lead to savings of NIS 2.7 billion a year.

The program includes a broad package of support for Israeli agriculture.

How will they increase competition?

According to the ministers in charge, this will be done through a horizontal reduction of caps for all fruit and vegetable products according to a gradual outline and an immediate reduction of the list of products that includes eggs, avocados, garlic, peas, beans, figs, pineapple, artichokes and more.

As for the laying industry, direct support will be given to farmers for each egg (up to NIS 40,000 per year per quota holder), with priority given to farmers in the Galilee in order to strengthen the periphery.

In addition, innovation grants and investments will be given to growers on the move to modern chicken coops.

Gal, do you hear?

That's the only thing that can break Tom Haimov's diet

Vegetables and fruits: The program also includes the import of new fruits to Israel, in case you feel like Dorian (Photo: ShutterStock)

Fruit and vegetable prices have skyrocketed by over 80% in recent years, a reduction in customs duties is expected to significantly lower their prices, as well as egg prices by an estimated 25% or more;

The total savings for the Israeli consumer are expected to be about NIS 2.7 billion per year, a saving of NIS 840 per year per household.

The plan also includes a reduction in the regulation of fruit and vegetable imports through the adoption of European standards, and as a result, a significant increase in the range of products is expected, so that nectarines and apricots can be consumed throughout the year and not just in the summer months.

In addition, products that are currently inaccessible to the Israeli consumer, such as berries and dorian, will enter Israel.

The program includes a broad support package for the agriculture industry that includes direct budget support for each farmer per cultivated dunam, dedicated support for the egg industry, expansion of tax benefits through a law to encourage capital investment, support for marking local produce, lowering inputs to farmers (pesticides, etc.) and investment of over 2 billion Shekel for innovation and raising productivity in the agriculture industry.

In addition, investment and innovation grants will be awarded for the purchase of innovative equipment and machines, collaborations with startups and more.

According to the Ministries of Finance and Agriculture, the plan is a significant step in placing Israel alongside the developed countries in terms of how to support agriculture and implements the OECD recommendation for the State of Israel.

The plan outlines clear schedules and is expected to apply in beats over 5 years and the outline will be reviewed annually while checking to see if there is a decline in cultivated areas.

"I hope we get up for a new morning"

The Minister of Finance, Avigdor Lieberman

: "The reform of agriculture is one of the most important in the Arrangements Law and comes to strengthen the Israeli farmer while treating the cost of living and benefit with consumers

. I hope that after we pass the budget and the arrangements law, we will get revenge for a new morning. "

The Minister of Agriculture, Oded Forer

: "The Minister of Agriculture, Oded Forer, said at the press briefing:" We are presenting the greatest reform that has been made in agriculture, in the last 30 years. The CEO just told me that she saw butter in Super 3 at 10, something you could have dreamed of a few years ago. We are embarking on an agricultural revolution, the biggest reform ever made in agriculture.

This is not a reform that is defiant for farmers but for the farmer and the consumer alike.

He will let the child grow and flourish, and deploy the safety net for him, "he said.

" We will challenge the farmers, but they will not be allowed to fall, "Forer added. The steps that are needed and that they want to be taken as part of the reform. "

Minister of Agriculture Oded Forer: "The reform will be carried out neither as a discount nor as a defiance" (Photo: Finance Spokeswoman)

Minister Forer elaborated on the need to carry out the reform: "The fruit and vegetable price index was unbearable - can not come to terms with it, it hurts the consumer. We will lower the fruits and vegetables - we will open the market to fair competition with the farmers safety net.

We intend to stop payments. "Farmers to the Poultry Proposal and the Plants Council, when the reform is completed, only the public will decide: from whom does it buy, at what price does it buy and what is the country of origin of the fruit or vegetable it buys. The people will control the salad!" The minister added that as part of the reform moves, Israeli products will be marked so that "the consumer will know whether the tomato he buys is from the Gaza Strip or from Gaza," he said.

"I appeal to farmers, do not be afraid of this change. For many years we have dominated the field of agriculture, today we cultivate the land in the same methods as 30 years ago, and today we return them to their former glory with the opening of the market to competition." "In order for a younger generation to enter agriculture, we need to invest in agriculture, in innovation," said the Minister of Lands.

According to the plan, customs duties on eggs will be abolished (Photo: ShutterStock)

What does the reform include?

According to Forer, these are two reforms: The first is the removal of supervision and planning from the laying industry (eggs) while abolishing import quotas and opening up to competition.

The second: opening the markets to competition in fruits and vegetables and moving to direct support for shares, investments and grants.

In addition to the reduction of tariffs, the reform will include: direct support - NIS 420 million per year, direct support in the amount of NIS 100 per dunam of cultivated land. Updating support depending on customs reduction.

The subsidies will be subject to income tax (according to the marginal tax), no support will be given to "rich" populations.

As part of the reform, support and strengthening of agriculture will be provided, which includes budget additions to the Ministry of Agriculture in the amount of NIS 2 billion over 5 years in addition to the ministry's budgets.

• Budget for research and development and innovation in agriculture - NIS 530 million for 5 years.

• Support and investments in other areas of agriculture, NIS 665 million for two years.

2. Tax benefits in the Capital Investment Encouragement Law - about NIS 50 million a year.

5. Establishment of a Royal Intelligence Research Center in Agriculture - NIS 300 million over 4 years.

From avocado to eggs: NIS 840 savings per family - Walla! Of money

Farmers across the country are protesting against industry reform: "Take us back 70 years" - Walla! news

Alon Gal advises: close your mortgage or invest your savings? - Walla! Of money 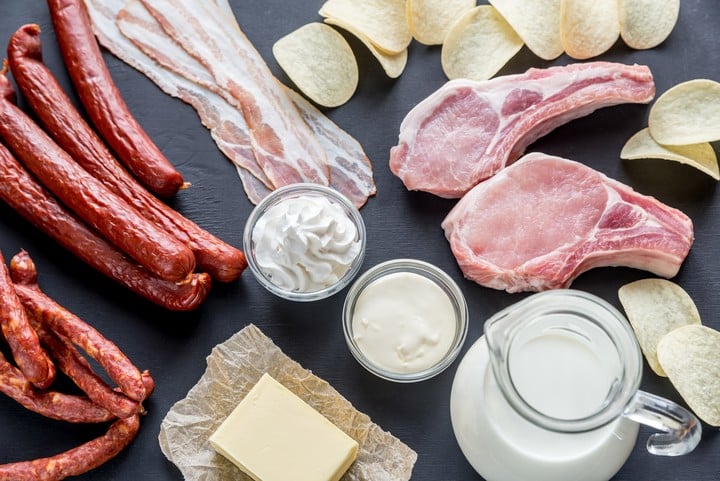 What is the keto diet and how does it work: day by day, simple recipes to apply it

Electric, hybrid or petrol? The answer seems obvious, but here too there is a catch - Walla! Business

The end of overseas packages? The Amsalem Tours Group launches an electronic SIM that supports 200 countries around the world - Walla! Money