The number of employed increased by 464,900 people in the second quarter and the unemployment rate fell to 15.26%

Several workers are working on a construction site in Seville this Thursday.PACO PUENTES / EL PAÍS

Spain created 464,900 jobs in the second quarter, overcoming the fall at the start of the year (between January and March, 137,500 jobs were destroyed).

Compared to a year ago, when the lowest moment of the coronavirus crisis was reached, 1.06 million jobs have been recovered and Spain already has 19,671,700 employed.

In year-on-year terms (compared to the same period of the previous year), it is the highest job creation in 16 years, since mid-2005. The unemployment rate stood at 15.26% in the second quarter, after a decrease of 110,100 people.

In total, in Spain there are 3.54 million unemployed, 176,000 more than in mid-2020, although the rate decreases due to the greater volume of the active population.

The coronavirus crisis introduced the Spanish labor market into an area of ​​strong turbulence, as has been confirmed by successive labor force surveys (EPA). The one published by the National Institute of Statistics this Thursday, relating to the second quarter of 2021, is not without strong emotions, mostly positive. The figures contrast with those of the same period in 2020, when as an effect of the arrival of the pandemic, Spain experienced the greatest quarterly job destruction in the statistical series, more than one million jobs. Then came the largest creation, although much more modest (almost 570,000 jobs in the third quarter), but also an increase in unemployment as a result of the transformation of some temporary layoffs into permanent ones.

The start of this year, with the third wave of covid-19 rising to its crest between January and February, has reproduced on a small scale the same movement that was experienced with the arrival of the pandemic: a contraction of employment in the first months and a subsequent recovery that has also coincided with the end of the state of alarm on May 9. So far this year, 327,000 jobs have been created, but the levels still do not reach pre-pandemic times. In the second quarter of 2019, Spain had 19.8 million employed, a mark for which it now has 133,000 jobs left. That means, compared to the lowest point of the pandemic, that Spain has recovered approximately 9 out of 10 jobs that disappeared in the early stages of the crisis. The unemployment rate was in June 2019 at 14,02% (at the end of that year it would be lowered to 13.78%) with 3.23 million unemployed, which means that there are currently 310,000 more people who cannot find work.

What is at the pre-crisis level is the number of active people. In the second quarter, 354,800 assets were added to the labor market compared to the first quarter of the year and they now total 23.2 million. It is a symptom that people who, being of working age, have stopped looking for work and become inactive are regressing. This indicator gives a measure of certain optimism with which those who could potentially work but do not see their future. Also that the statistical anomaly brought about by the measures to preserve employment (the occupation collapsed, but many of these people did not come to be considered unemployed but inactive, is closing. "The normalization process would be practically completed in this second quarter",assesses the Randstad research department in its analysis of the EPA. "The number of assets has once again exceeded 23 million people and is very close to what it had just before the crisis began," he adds. In fact, that figure is slightly higher.

The second quarter of the year is traditionally a good period for the Spanish labor market due to the seasonal increase in tourism, which begins the preparation for its high season. The coronavirus, however, has hit this sector hard, which for now has only gotten rid of massive job losses due to the use of temporary employment regulation files (ERTE), which are no longer counted in the unemployment figure. which in June, according to data from the Ministry of Social Security, still welcomed some 448,000 workers. In 2021, this traditionally bonanza period for employment has also coincided with the end of the state of alarm, which also meant the end of curfews and other restrictions on activity, and with a significant advance in the vaccination process. Nevertheless,Some of these measures to control the epidemic have returned to be in force in many autonomous communities in recent weeks as a result of the latest wave of covid-19.

The vaccination is, precisely, in process in which the Government puts the accent to explain the improvement in the labor market.

In his appearance before the media to take stock of the political course, the president, Pedro Sánchez, has assured that the EPA data come to endorse the good growth forecasts that international organizations predict for Spain.

"Day by day, and thanks above all and above all to the success of the vaccination, the economic recovery is consolidated," added Sánchez, who recalled that the massive arrival of European funds to strengthen that recovery is still pending.

Growth in all sectors

In the second quarter of the year, the services sector pulled the bandwagon by generating 365,700 jobs. But growth also occurred in the rest of the productive sectors: in construction, employment increased by 63,100 people, almost three times that in industry, with 23,000 more employed. Agriculture experienced an increase of 13,100 employed persons. Compared to a year ago, services, which are the main source of employment in Spain, have increased employment by 838,100 people; construction is responsible for 155,800 new jobs, 47,700 jobs in agriculture and 22,900 in industry.

The increase in employment is consistent both among wage earners (403,200 more in the quarter, 980,600 compared to June 2020) and among the self-employed (71,800 more in the quarter, although only 78,000 more than a year ago). Among employed workers, permanent contracts increase by 98,100 employed persons and those with a temporary contract are 305,000 more than at the beginning of the year. This means that the temporary employment rate rises 1.27 points and stands at 25.06%.

"We cannot continue to settle in a volatile, precarious and partial labor market," the UGT union valued in a statement sent to the media. The trade union center has taken the opportunity to insist on some of its demands such as "repealing labor reforms and betting on policies that encourage job quality" and has also asked for the minimum interprofessional wage (SMI) to be raised. Unai Sordo, general secretary of CC OO, has vindicated the role of social dialogue in an interview on Cadena Ser: “We see how when the economy is activated, the employment data is good, which leaves a good place to the ERTE mechanism that we agreed on ”, he said. However, he stressed that the unemployment rate is still high,therefore, "the entire orientation of economic policy has to be geared towards job creation."

Progression in the autonomous communities

The Labor Force Survey also highlights that in the last quarter there has been a significant decrease in the number of employed persons absent from their jobs, which has gone from almost two million people to 1.5 million. The statistical institute explains this change by the lower incidence of vacations, sick leave and ERTE. And as a consequence of them, the measurement of hours worked grows by 7.7%. This indicator is 34.3% higher than a year ago and is only 1.4% below the levels of the same period in 2019.

The evolution of the health (and economic) crisis is also noticeable in the progression of telework, which declined in the second quarter. More than 1.8 million employed persons worked during the period from their home more than half of the days. This represents 9.4% of the total number of employed persons, a significant decrease compared to the 11.2% of employees who carried out their work mainly from home in the first three months of 2021. In perspective, this percentage reached 16.2 % in the second quarter of 2020 (the period of stricter confinements, due to the first state of alarm) while in 2019 (then the INE did not measure it quarterly, but in the year as a whole) it was 4.8%.

With an eye to the future, Adecco Group Institute, the study center of the multinational human resources company, has estimated this Thursday that Spain can finish 2021 very close to the 20 million employed mark (it estimates that in December there will be 19, 85 million). Javier Blasco, director of the institute, has valued that "the data for the second quarter have turned out better than expected, which indicates that the economy is recovering vigorously". But "although several elements play in favor of continuity," he added, "the risks remain high."Among the latter, Adecco cites an unfavorable evolution of the health emergency due to the appearance of new strains or the evolution of the international economy once the powerful stimuli that governments and central banks have implemented to accelerate the exit from the crisis are withdrawn. 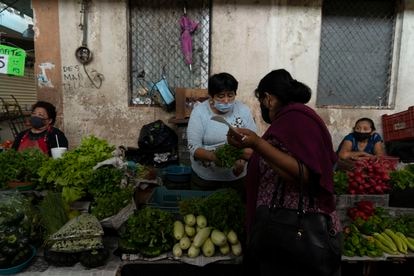 Spain breaks records in July with 19.59 million Social Security affiliates and the largest drop in unemployment ever recorded 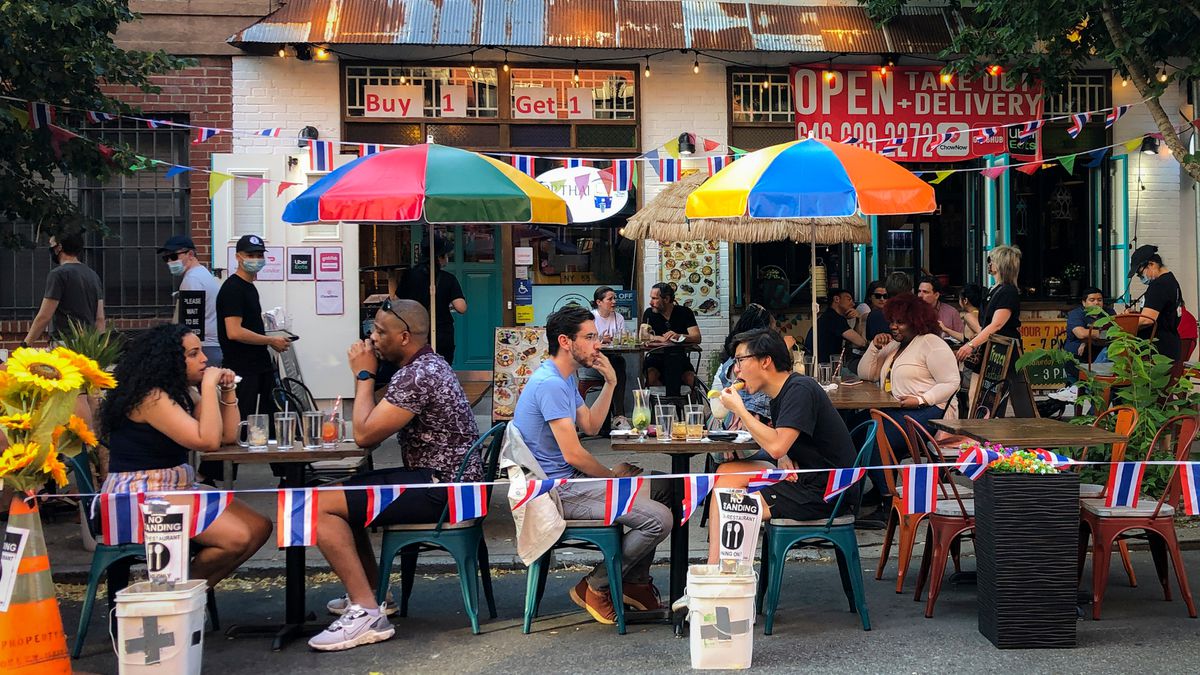 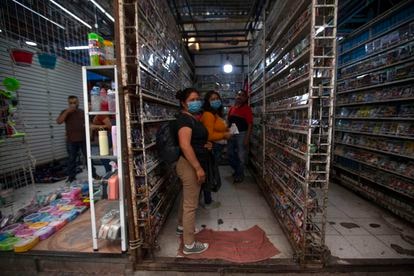 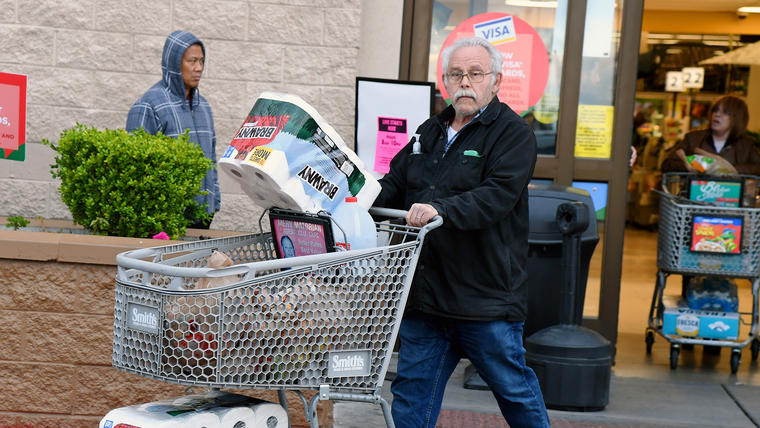 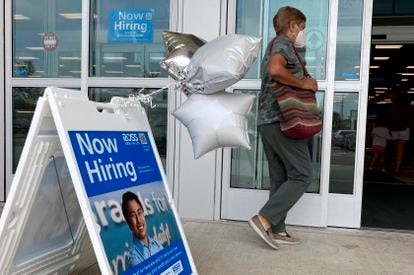 The United States accelerates job creation in the summer and manages to lower the unemployment rate to 5.4%