Sukkot is a temporary holiday, but in a reality where the apartment moves away from the young couples, we went to the experts to check what to do so that we do not get stuck in it for life ...

Real Estate: What to do so that we do not sit in the sukkah even after the holiday?

Sukkot is a temporary holiday, but in a reality where buying an apartment becomes a dream for many, there is a fear that we will get stuck in the sukkah (or with the parents) for years.

We turned to experts to try and understand what the homeless among us can do to get to the Promised Land: their own apartment

Sukkot is the holiday that symbolizes the identification with the long journey our ancestors made until they reached the Promised Land, the Rest and the Estate - and the fact that on the way there they had to make do with temporary housing solutions.

Thousands of years have passed since the biblical story, but it is possible that even today there are many Israelis who will identify with the road of the butts that we are forced to cross in the race for an apartment.

What do you do to not get stuck in a sukkah (or more likely: in a roommate's apartment or parents' house) for many years?

We turned to some real estate experts, in a number of areas - and here are the answers we got.

Einat Shefecht Cohen: The tendency of young people is to think in the short term (Photo: Idan Maoz)

"The people of Israel left the desert thousands of years ago, but there are quite a few Israelis who live in modern Sukkot - these are the rented apartments that so many Israelis wander between without taking root. For many young couples, being able to buy their own home seems like a dream that goes away. Rising housing

prices.The natural tendency, especially for young people, is to think in the short term.Several tens of thousands of shekels available will probably be used to buy a new car, even though it is an asset that loses its value from the moment of purchase.It is not only easier to think of a purchase And now, but also that we usually do not even think that significant investments are at all possible.As

a result, many young people prefer to burn their money on consumption - because what is the point of saving if we never get to the apartment anyway?

Even young couples without large fortunes can enter a process that will eventually have their own home as well.

It is likely that the first apartment we bought will not be in Gush Dan, and maybe not even in Israel.

You will probably need help from family members or a mortgage to purchase it.

But once you have done that, you have been able to produce a property that generates a steady income and that within a few years you can sell at a significant profit.

There is no magic formula here.

One has to study, research and delve deeper to know where and how to invest.

You will find that more and more people around you are doing this, and not just capitalists or high-tech executives.

The key is not the capital you come with, but the ability to look ahead and plan your life thoroughly. "

"Real estate prices in the State of Israel are only rising, thus keeping young people away from the ability to buy a home. Unlike real estate in the United States, for example, where a young couple can buy an apartment at a relatively early stage in life, or in different parts of Europe.

The State of Israel must wake up and build housing plans for young people, no matter if they are married, divorced, with children or anything else. Israel must help the young man over the age of 25 to buy an apartment, by custom programs and a division between office with representation from the Ministry of Interior, Housing and Finance cop off just that.

Programs are independent of the Minister and the mood of the Ministry (target price, price occupant, etc.), and offices Committed to them, without the ability to change them according to agendas and political needs.Our

The representatives are professionals and not political appointments. The emphasis in this program is the disconnect between politics and the program, keeping it professional and independent.

The division will deal with two levels, the first level - funding and state guarantee, and the second level - expanding permits for collaborators with the division's agenda.

In terms of financing, the goal is for every young person to be able to buy an apartment with 10% equity (and not 30% as the banks require). In the second aspect of extending permits to collaborators, the goal is to give real estate companies permission to build more apartments than the original permit confirms, when for every apartment he receives, he also adds an apartment that he is obligated to sell at a non-profit cost price.

For example, an apartment building in Herzliya, received a permit for 12 apartments and is interested in extending the permit to build more apartments.

He will be able to get a permit (for example) for another 3 apartments, but only if he builds three more apartments against them, which he has to sell at cost price.

What came out was that in total the developer builds 18 apartments - three of which are sold at cost price - and only for young people. "

“As those who live and breathe the real estate market in their daily routine, as part of a company that markets thousands of housing units nationwide, we can point to a number of ways that will save young couples a great deal of money on the way to their first apartment. The most effective solution is to purchase an apartment on "presale" terms.

That is, to reach the developer directly with the start of marketing and even earlier, to enjoy market break-in prices that are known to be tens of thousands of shekels lower than the prices at which these apartments will be sold during the marketing period.

In order to enjoy this privilege, we recommend that apartment buyers be updated from time to time through the Israel Land Authority website, in the identity of the companies that have won residential land tenders and will go on the market.

Second, buying an apartment on the lower floors can save buyers of apartments tens of thousands of shekels, while the advantage of the landscape that characterizes the higher floors will be offset by other benefits such as easy foot access to the entrance floor instead of waiting for an elevator or allowing apartment buyers to closely monitor their children.

Also, a first apartment for a young couple does not have to be in the heart of Gush Dan.

An hour's drive from the demand areas of the center of the country, a variety of new neighborhoods are being built that are suitable for young couples and include educational institutions, parks, shopping centers and a vibrant community life. "

In Israel, there is excess demand for supply in many areas of the housing market. ) And a general wage increase which translates into an increase in consumption volumes (which is reflected in perennial inflation) and an increase in demand for housing services.

Therefore, Israel is characterized by strong demand in the housing market. The real estate market, . When one of them rises faster than the other, prices will change.

In Israel, the excess demand for supply is significant. While powerful demand supply does not "catch up" with the pace. This is due to bureaucracy, restrictions on housing compromise and slow decision-making in the housing sector.It turns out that apartment prices are rising and they will continue to rise over the coming years.

In order to solve it, it is necessary to increase the supply by thawing land for residential construction, zoning changes, high-rise construction and urban renewal, and these are required to be carried out quickly, with determination and in all seriousness.

Only in this way will it be possible to change the equation and stop the continued upward flow of prices. "

Eran Sib, Chairman of the Association of Renovation Contractors

"The immediate solution for young couples and to solve the housing crisis is undoubtedly to convert offices into apartments. In Israel today there are tens of thousands of office units scattered throughout the country. The process of converting an office to an apartment is a relatively quick and relatively cheap

Almost without unnecessary bureaucracy. If we take for example offices that are about 40 meters or more in size, the apartments can be converted into easy, fast and cheap renovations. "It's

also important to note that the conversion to residential apartments is not just of standing offices, you can also convert large warehouses, street shops, clinics and so on. All you have to do is a multi-year plan with clear criteria of what can be converted and what cannot be converted."

What do you prepare for a final holiday meal? - Walla! Food

7 Ushpizin on 7 continents: This year, our sukkah should be more open and inclusive - Walla! news

In the tent you will sit for seven days: how can we make the stay more pleasant? - Walla! Of money

Meat pot: In which chain is it most profitable to buy meat for the holiday? - Walla! Of money 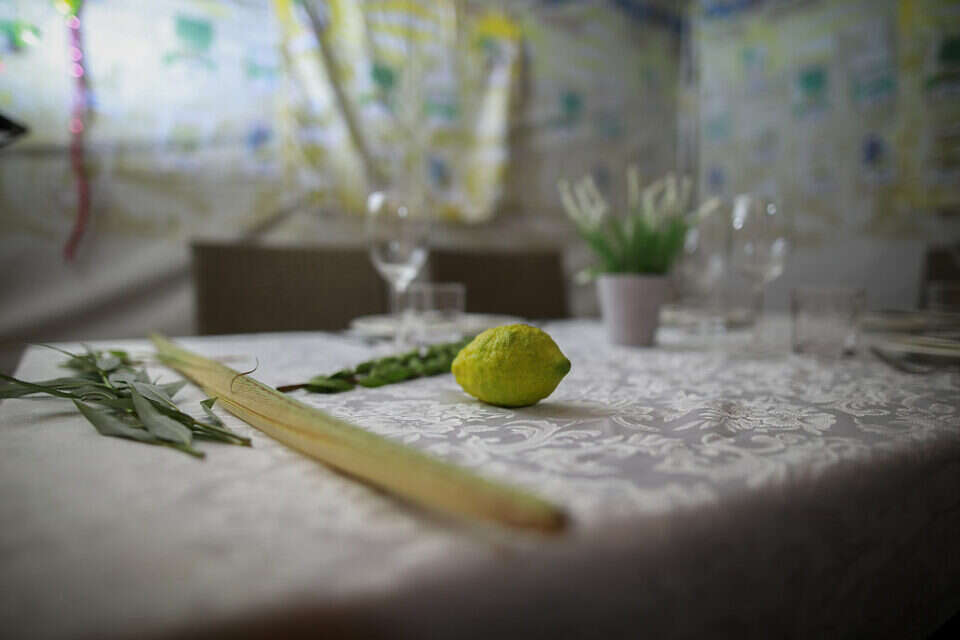 "We rose from the ashes": first public sukkah since the days of the Spanish Inquisition Israel today