Serbian President Aleksandar Vucic affirmed today that Russia has established security for energy production in Serbia, arguing that the reason for the energy crisis in Europe is the failure to conclude deals with Russia in a timely manner.

During a joint press conference with Russian Foreign Minister Sergei Lavrov, reported by RIA Novosti Agency, Vucic expressed his gratitude to Russia for its assistance to Serbia in maintaining energy stability and the country's security.

Russia is currently the only natural gas supplier to Serbia, which in recent years has received more than two billion cubic meters of gas through a pipeline passing through Ukraine and Hungary, while the official launch of Russian gas into the Serbian gas transportation system through Bulgaria from the “Turkish Stream” gas pipeline took place in last January.

In turn, Lavrov stressed that the European Union is politically biased in its handling of the issue of recognizing Russian vaccines against the Corona virus, due to the fact that Moscow and Brussels have not yet reached an agreement on mutual recognition of Corona vaccines.

Lavrov said, “The slowdown in this matter has objective reasons related to the procedural aspects, but we see, and this is what our colleagues frankly declare, as a political bias towards Russian vaccines.”

Lavrov recalled the idea of ​​removing patent protection from vaccines against Corona, which was supported by President Vladimir Putin, stressing that his country's position in this regard has not changed and we hope that common sense will prevail, while other countries that manufacture their domestic real estate have not supported this proposal.

The Russian Foreign Minister also expressed his hope that the joint project between Moscow and Belgrade to manufacture the Russian Sputnik vaccine in Serbia would meet its needs.

It is noteworthy that the European Medicines Agency has not yet issued its approval for the use of the “Sputnik V” vaccine on the territory of the European bloc, and the European Commission is still on its position, which it has adopted since the implementation of the health certificate system in the Union last June, under which every country is allowed to use the Russian vaccine. Including Hungary, for example, by issuing a European digital license to use it, but all countries have the right to accept or reject this license. Serbian President: Military cooperation with Russia is at the highest level

Tensions in the Balkans: Serbia moves armored vehicles to the border with Kosovo Escalation in the middle of Europe? 24-hour ultimatum to NATO is running

War in the middle of Europe? Conflict threatens to escalate - 24-hour ultimatum to NATO Zakharova: The Corona pandemic showed the failure of the leadership of the West 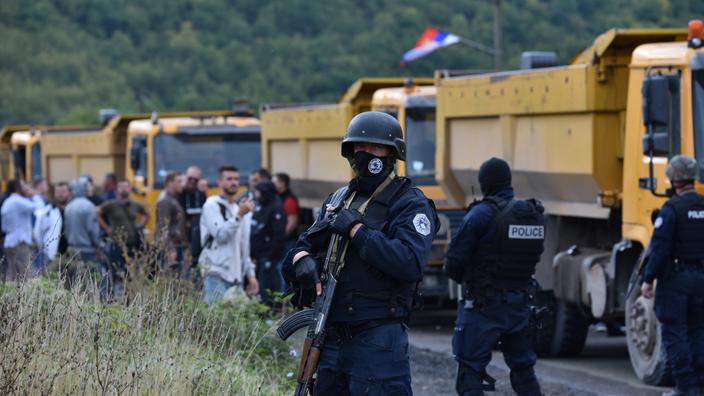 Serbia: troops on alert at the border with Kosovo