We will also miss Salmonella: the chicken coops in the north and the supervision that abandons our health - Walla! Of money

The recent salmonella incidents are the result of an ongoing failure under the supervision of the Ministry of Agriculture in the field of preventing disease outbreaks. The solution: transfer the responsibility to the Ministry of Health

We will also miss Salmonella: the chicken coops in the north and the supervision that abandons our health

Small money compared to the dangers inherent in eggs, as a result of a continuing failure under the supervision of the Ministry of Agriculture to prevent outbreaks of veterinary diseases some of which are also dangerous to humans.

The solution: transfer the responsibility to the Ministry of Health

"Villa in the Jungle" is a language we mistakenly attribute to the political-security sphere, especially since it was warmly adopted by former Prime Minister Ehud Barak.

In fact, this is a concept designed to compliment, even in the days before the establishment of the state, the quality of veterinary services (hereinafter Shot) in the Land of Israel, compared to those of neighboring countries

. We therefore need excellent veterinary services, such as those established by farmers 102 years ago (this is not a mistake in the number), and for many years have been a justification for the concept of "villa in the jungle".

However, a series of difficult incidents that have occurred recently illustrate the deterioration in maintaining our health, some - if not all - are also related to the decline in the quality of the fire, and especially in the supervision and enforcement system: three inmates at Holon Beit Dafna Of the Strauss company were found Salmonella bacteria (and the recall that caused panic in the public and Strauss damage of about 230 million shekels - an infinite amount and does not include huge image damage and an opening for lawsuits); We emphasize that not all of

serious omissions listed are directly related to veterinary supervision, but at the same time a serious report was published by the State Comptroller, which reveals no less dangerous omissions (we will get to that immediately).

At the same time, farmers, with the strong lobby in the Knesset, are waging a stubborn struggle against the reform to lower the cost of living, and especially against increasing imports of eggs and other agricultural products, so that Israelis have no choice but to consume agricultural products.

At a time that is not symbolic of the problem, in the State Comptroller's report published in mid-May and referred mainly to a veterinary catastrophe occurring in the small laying coops inside the moshavim, with an emphasis on the north of the country

% of another series of animal diseases with complicated names

And at the same time, when salmonella is causing public anxiety, the state is failing to implement the poultry industry reform, which is based on a positive trend: destroying the "battery coops" - those small cages, crowded and filthy with excrement, coops that incubate diseases - in favor of building wider freedom coops. Which are much more resistant to disease outbreaks, coops which are an accepted standard in advanced countries, which also includes reference to the welfare of chickens (there is an animal cruelty law in this country).

Agriculture Minister Oded Forer must insist on the reform in order to minimize as much as possible outbreaks of salmonella and other dangerous diseases.

Smuggling is flourishing ahead of the holidays, but what matters is those who were partners in them (Photo: ShutterStock)

Egg smuggling is on the rise on holidays

The Ministry of Agriculture has a cracking unit - plant and animal control, known as the "Agricultural Police" with 80 inspectors. The cracking unit is mainly responsible for preventing the smuggling of agricultural products from Judea and Samaria and the Gaza Strip, where there is no proper

veterinary control. The number of

peaks ahead of the holidays, especially Passover, when egg and meat production in Israel does not meet the demand load.

who will guard the guards? In recent years, dozens of investigations have been conducted in the Civil Service Commission against a number of inspectors in the unit, including at the top, mainly on conflicts of interest because of private involvement in food, and information retrieval Government in violation of the law,For the benefit of clarifying their personal matters.

Trying to apply the gradual closing of the battery lolly.

Treating the ills within the Ministry of Agriculture will be a little more difficult for him (Photo: Niv Aharonson)

Ignoring the effects of conflicts of interest

The State Comptroller's report from 2016 revealed a serious phenomenon: the Ministry of Agriculture ignored the phenomenon of conflicts of interest of senior members of the unit, who were interested in the agricultural system over which they are entrusted. Serious findings passed quietly as if they had not been prepared

The report, which raises dust in the drawers, is clear: "The distribution unit"H does not function as expected and does not fulfill its tasks. "

And the climax, of course, belongs to someone who has functioned for more than 20 years as the director of the crackdown unit, Roy Kliger. It turns out that Kliger was a shareholder in a company engaged in importing and marketing meat, a peaceful area he is in charge ... Q. The Supreme Court dismissed his appeal.

Kliger's deputy, Avi Ben-Shoshan, was convicted in a disciplinary proceeding, of illegally using government databases for his own private interests.

After a brief suspension he was returned to a senior position in the crackdown, as if things had never been the case.

Minced meat in the supermarket.

What would you say about the fact that the director of the cracking unit was also a shareholder in a meat import and marketing company? (Photo: ShutterStock)

Alongside the cracking unit, there is another control unit, subordinate to the Poultry Board, which is the regulator in the distribution of production quotas and determining the controlled price of eggs, the guaranteed price that the farmer receives for the egg marketed to food factories and retail chains.

In this body, the most serious affair of all was revealed: the establishment of a real criminal organization in the field of smuggling of agricultural produce.

Shai Moshe, who was in charge of intelligence at the Poultry Council, and with him Alon Mana, set up a mechanism that smuggled at least 10 million eggs from the territories into the Green Line, in cooperation with Israeli marketers.

At the center of the affair was an operation to bribe inspectors and inspectors at the Trans-Samaria crossing, in order to close their eyes and allow the smuggled egg trucks to enter Israel without interruption.

At the same time, Israeli egg marketers paid bribes to the criminal organization.

Shai Moshe, a former senior member of the Poultry Council, was convicted of a series of bribery offenses in aggravated circumstances, fraud and committing an act that could spread illness.

He was sentenced to 4 years in prison.

Other members of the gang were sent to prison for shorter periods.

" The information retrieval is the brother-in-law of Shai Moshe from the Poultry Board, the head of the smuggling network organization.

A cow in the pasture.

Poor veterinary supervision is dangerous not only for animals but also for those who consume animal foods (Photo: ShutterStock)

Animal diseases that are also dangerous to humans

The result of the bad management and the disciplinary and criminal offenses is that Israel is no longer a "villa in the jungle."

In recent years, veterinary diseases have raged, which were previously treated properly and some were considered diseases that were completely eradicated by the judiciary. But this was in an era when the term "villa in the jungle" was valid

. Some of the zoonotic diseases are no less dangerous than salmonella, and sometimes end in death.

Among the zoonotic diseases, there are some scary names:

Salmonella, certain variants of which can cause serious illness and even death;

Rabies, which in the absence of immediate vaccination and treatment often ends in death;

Type of brucellosis in dogs;

Q fever in sheep and cattle and also in dogs and cats;

Leishmania, known as the Rose of Jericho (known as the Black Death) is dangerous to humans and animals;

Listeria, a sheep and cattle disease that can cause miscarriages and fever in the brain;

West Nile fever, which has recently broken out and is transmitted by mosquitoes, mainly affects waterfowl and horses and also humans, a listeria of sheep, which is also transmitted to humans through industrial food products.

Apart from the zoonotic diseases that are dangerous to humans, there is currently an outbreak of non-zoonotic diseases but having a serious impact on livestock and their prices, for example foot-and-mouth disease affecting cattle and pigs (which must not be imported), the sheep thing;

Tilapia disease that threatens the Sea of ​​Galilee, and this is not the whole list.

In the video: Senior Ministry of Health visit the Strauss plant after the discovery of salmonella in the plant (Photo: Yoav Itiel)

Interim: Transfer supervision and enforcement to the Ministry of Health

The notice to the public had to be sent to the Minister of Health, including a reference to the ministry's website, which provided information on the diseases and signs of infection with these zoonotic diseases.

There is a solution to the problem: removing the supervisory and enforcement powers from the Ministry of Agriculture and the Poultry Board, and transferring the powers to a new designated body - the "Director of Food Supervision", which will be free from political pressure, and operate under the Ministry of Health.

Although, as we discovered in the salmonella case at the Strauss-Elite plant, the Ministry of Health also has its own (and ours!) Problems in the field of supervision, but in choosing between it and the veterinary services, it seems better that public health be in the hands of the food inspector.

We will also miss Salmonella: the chicken coops in the north and the supervision that abandons our health - Walla! Of money

Walking on eggs: Who will win the war - and is there a shortage soon? - Walla! Of money 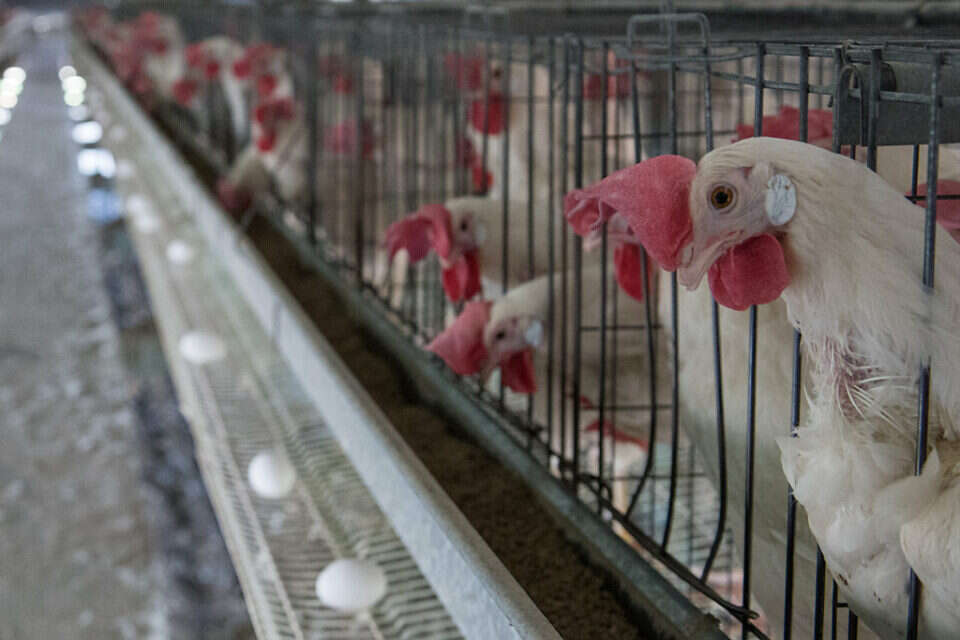 Golden eggs? State Comptroller: The chicken coops in Israel are terribly crowded and the price of eggs is expensive Israel today

Salmonella default in chocolate: If everyone is okay, how is it that the consumer is hurt? - Walla! Of money 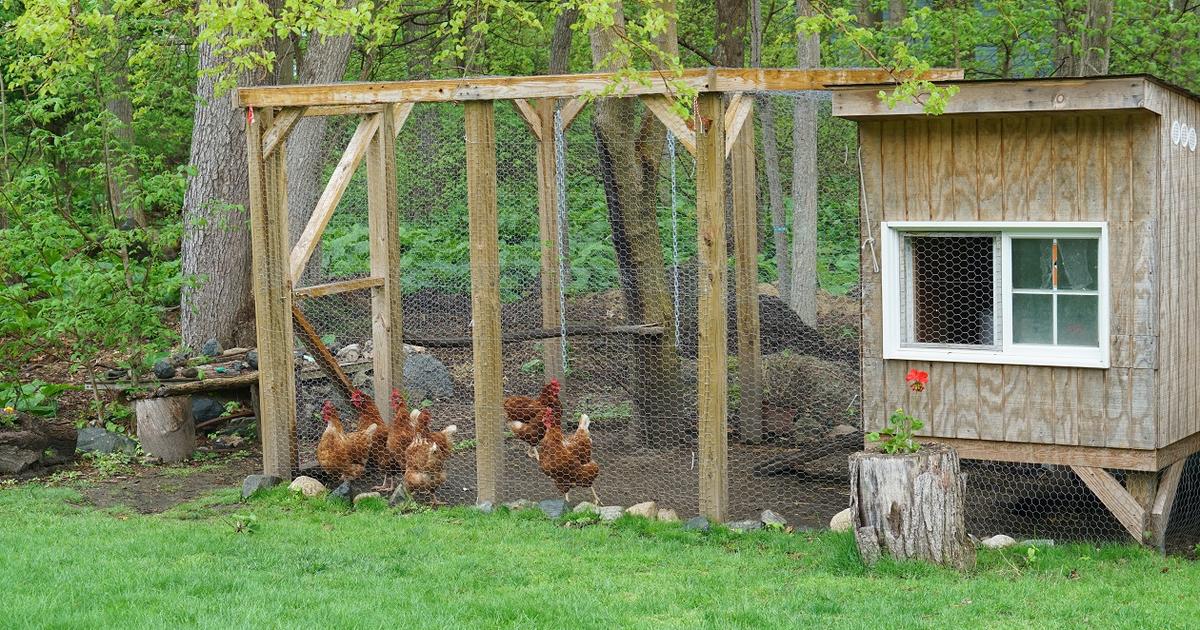 Are you preparing chicken for the holiday? There is one thing that is important for you to do. And no, it's not washing the chicken - Walla! health