Close to home, far from saving: how much more will we pay at the neighborhood supermarket? - Walla! Of money

The neighborhood supermarket, "Endangered Animal" flourished in the days of the Corona. Large chains have set up chains in city centers and purchased small stores. What are the price differences between "out of town" and KLB?

Close to home, far from saving: how much more will we pay at the neighborhood supermarket?

The neighborhood supermarkets were in danger of extinction on the eve of the Corona, but flourished when our range of traffic was limited and public transportation was disabled.

Large chains began to purchase and annex the small shops in the city centers, a trend that was not stopped even with the end of the epidemic and the increase in the cost of living.

How much does the KLB cost us?

The corona has changed our consumption patterns, but as researchers research it turns out the epidemic was (i.e., hopefully we talk about it in the past tense) one of the most significant events in consumer history, leading to dynamic and significant changes, not only from consumers but also from manufacturers and retailers.

Dealing with a new and limiting reality, leads consumers to a consumer culture based on a sense of survival with strong influences from the media.

From a distance, one might grin at those who fought for toilet paper packages as if it were gold and emptied the tuna shelves, but at the time there were many consumers who seemed to be preparing for the "end of the world," at least the end of the world as we know it.

So it is possible that the corona is not yet completely behind us.

But what is behind us is the confusion and shock from it: even if we have to deal with another wave of illness, we are more prepared to welcome it - and not just at the medical level.

Our basket in the food chains, in the discount stores outside the city centers (Photo: Daniel Malakhovsky)

One of the most interesting segments in the world of food retail, is the one that includes the neighborhood supermarkets, an industry that seemed to us to be dying, in an age of spacious discount stores, some of which pay less property taxes than a neighborhood mini-market.

From a business that can barely bear its expenses, the neighborhood supermarket has become a business whose turnover has skyrocketed and even its level of profitability has improved.

Reducing our traffic space, peace with partial or even complete shutdown of public transportation, temporary loss of the open market option and more, have made us prefer availability and speed over price.

Speaking of price, manufacturers have also realized that we are willing to pay more: food producers have become recycled by investors and the same is true of small and urban chains that have suddenly become a target for the takeover of large companies that have begun to woo them.

Did all the mergers and acquisitions make sense, at least in terms of price?

It may not be, but on the other hand it should be assumed that most financial managers in large organizations know well what they are doing when they add to the corporation's portfolio also a small supermarket chain.

And in any case, had it not been for the corona, these would probably not have received the renaissance that befell them suddenly.

In the post-Corona days we see that the volume of sales is no longer similar to the peak rate of sales in the days when we all sat at home, when food became a family pastime - and sometimes, together with Netflix, the only pastime.

The rate of sales growth in the online segment has also stopped and even shows a trend that indicates a return to the traditional culture of "touching goods".

All this does not prevent the marketing chains from presenting growth plans that herald the opening of hundreds and possibly even thousands of new and small branches in the city centers.

It is not always clear what they rely on: the natural increase in Israel is high relative to Western countries, but it is not enough to justify the increase in points of sale.

The expectation of a million immigrants was also probably excessive.

The cost of our basket in the food chains in the chains and branches within the city (Photo: Daniel Malakhovsky)

The considerations in preferring the place of purchase

And of course there are also significant concentration problems, but we will ignore them for now and concentrate only while Israelis' spending on consumption should not exceed 1.5%, so there is concern that the accelerated opening of new branches will eventually lead to the collapse of some chains.

At the same time, it must be noted that there are other intervening variables, such as traffic jams that make it difficult to make a small "jump" for shopping in the industrial area, rising fuel prices and more.

Compared to the dilemmas and concerns of the big chains, our dilemmas, the consumers, are simpler.

For example - does the neighborhood supermarket really provide us with all the options?

Is the relatively high price we pay for the KLB not higher than the price of the time and fuel required to travel for shopping outside the city center and of course - are we the ones who have to finance the small supermarkets the exorbitant rental prices ..

For those for whom the cost of living is not a factor, there are fewer doubts - do not have to plan or compare, if the expensive and near supermarket meets the requirements of those who have the shekel in their pocket, he has no reason for the consumer dilemma that accompanies those who have to save.

The price of the KLB: How much more will we pay for our shopping basket at the neighborhood supermarket or at a chain close to home? (Photo: Daniel Malachovsky)

The guide for savers

Our basic consumption data is very rigid and it is easy to calculate not only how many washing machines we fill per week, but also how many chicken, cheese or eggs we consume.

But here comes the psychological variable: most of us cannot see ourselves limited to a certain quota.

Suppose we found that we needed two kilos of chicken breast a month and suppose we consumed everything we set out to purchase - would we refuse a child who wants more schnitzel?

In other words: we will pay attention to taxes to the House, we will be scared if we get an unusual electricity bill and even on the commissions in the bank we have already learned to argue, but on the other hand saving on food evokes in us associations from days of scarcity and austerity, something we tend to reject outright.

Controlling current consumption quantities and knowing the shelf life can make us save more than once, we can save visits to stores (each visit costs us money and time, not to mention impulsive shopping that accompanies each such round) - for example if we consume one pack of pasta per week and there is a sale that gives We have 25% on the purchase of 4 units, it is an excellent sale for us, but if we consume one package per month, the purchase of the four in the sale will be a waste, especially if the expiration date on the packages is close.

The problem is that we usually manage the purchases only by the price per unit, find it difficult to avoid quantity sales, consume overconsumption and feed the cost of living.

This week we built an average monthly basket for urban consumption (excluding a basket of vegetables, fruits and fresh meat) Is the gap between the neighborhood and the industrial area significant?

We put in the cart 136 identical items in all the marketing chains and were surprised to find that while there are chains that show significant differences between regions, there are some where the price is the same.

, the Victory chain, which operates branches both in the city and outside the city, and despite the common basket examined in it was the same in its prices between the branches

. 18% more than on the same items in the "Mega Market" chain

This finding is particularly surprising in light of the fact that in the exact same group, Electra, the

, And although Rami Levy usually leads the cheap basket, in the "Rami Levy in the neighborhood" chain he loses first place.

Thus, for a basket paid for in the Rami Levy chain NIS 1,800, which will position it as the cheapest basket in the country, in the neighborhood the basket will cost NIS 2,076, compared to a price of NIS 2,024 in the City Pavilion Market chain. ..).

What is certain is that almost always (unless you have a nearby branch of the Victory chain) we will pay more for the convenience of being close to home.

Is it worthwhile in view of the savings in time and travel?

Usually not, so choosing the most affordable store to make the big weekly purchase in is still a vital task for those who want to cut their living expenses.

The author is the CEO of the Institute for Retail Research

Close to home, far from saving: how much more will we pay at the neighborhood supermarket? - Walla! Of money

Where is the Passover shopping cheaper, in a supermarket or online? - Walla! Of money 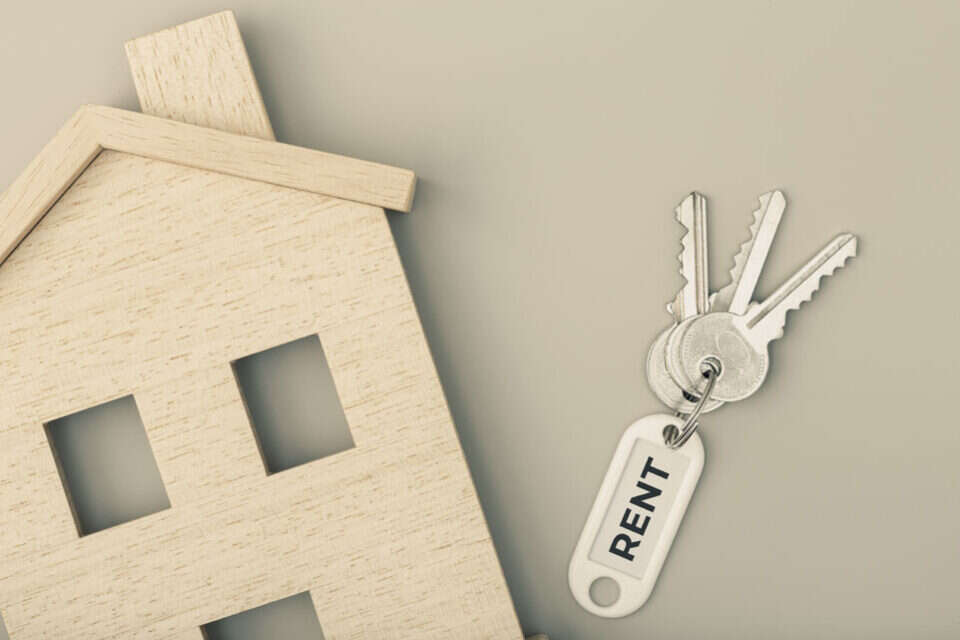 The secret that those responsible for the cost of living prefer not to know - Walla! Of money The rental market in Tel Aviv: 2,100 NIS a month for living in the shower - Walla! Home and design 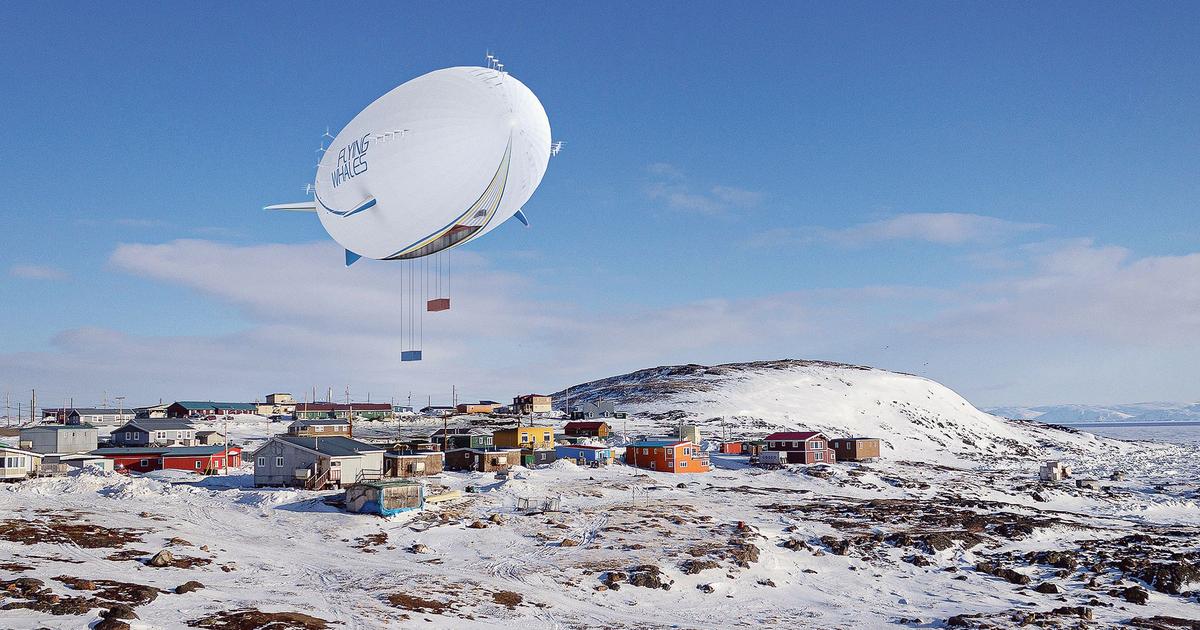