Between Biden and Elkin: This is how the US president mobilizes to solve the housing crisis - Walla! Money

While in Israel it seems that the government is failing to improve the supply of apartments in the face of rising demand, the US administration has mobilized for a number of emergency measures

Between Biden and Elkin: This is how the US president mobilizes to solve the housing crisis

In recent weeks, there has been quite a bit of talk in Israel about the housing crisis, but the real estate crisis and the receding apartment dream have become a global problem.

The housing crisis in Israel is only getting worse: last week, the Central Bureau of Statistics published a figure according to which housing prices rose by 1.9% during February-March, while over the past year housing prices have risen by 16.3% compared to the previous year.

Last week we published a survey conducted by Madlan through Miri Dickman, market research and consumer insights, among 500 Israelis aged 25 and over, according to which the average mortgage of Israelis in the past year is about NIS 800,000, a very significant amount for those who have to repay it over the coming years. .

But it turns out that the housing crisis together with rising inflation are a combination that is hitting not only here but also in the United States, similar to Israel, where the main factor is insufficient supply versus strong demand.

Last week, US President Joe Biden announced an action plan aimed at increasing the supply of public housing amid rising house prices and high inflation. The measures included will help close the gap in public housing and "ease the burden of housing costs," government officials said. , Who also noted that housing prices are the main cause of rising inflation.

Minister of Finance and Minister of Housing: Does the government have a real plan that will succeed in adding an unusual amount of new apartments to the market? (Photo: Ministry of Finance spokeswoman)

The housing problem in the US has become a national problem

The new plan is another effort by the U.S. administration that is trying to curb high housing prices across the country.

House prices in the United States continued to soar in February as well, according to the most recent data from the Case-Schiller index of house prices, prices rose by 19.8% compared to February 2021, compared to a 19.2% increase in January.

By comparison, since 1987, the average annual increase in housing prices has been 4.6%.

Average U.S. rents have soared nearly 20 percent in the past two years. According to Redfin real estate brokerage, rents in 2021 soared in 48 of the 50 largest urban areas in the United States (i.e., a regional problem), with the sharpest increases recorded in Portland. (39%) and Austin (35%).

President Joe Biden's new plan includes steps to leverage existing federal funding to encourage local and state-level reforms in land use planning and use, a government official told reporters, as well as encouraging the construction of properties for more than one family and properties like garage, basement and backyard apartments .

The administration will also cooperate with the private sector in addressing challenges in supply chains and improving construction techniques to complete projects that began in 2006 as early as this year.

The jump in prices was offset by the zero interest rate

"The measures will help reduce the shortage of housing supply within five years," an official told CNN.

The plan, which needs congressional approval, will be incorporated into other cost-cutting measures, including tax breaks for low- and middle-income homebuyers, and grants totaling $ 25 billion in affordable housing.

Zero interest rates combined with more than a decade of insufficient construction have created a mismatch between supply and demand - which has led to a spike in house prices.

Even a sharp jump of 32.6% in the last two years in housing prices was felt less due to the zero mortgage interest rate during the Corona plague.

Even as prices rose, the monthly payments of many homebuyers remained reasonable.

But those days are over: now, the Federal Reserve is trying to curb inflation by raising interest rates, a move that could cool demand - but at the same time further raise the cost of buying a home.

The surge in interest rates micromanages mortgages, so what was within the reach of young couples is only receding (Photo: ShutterStock)

The numbers behind the housing crisis

At current levels of mortgage interest rates, a typical American household will have to spend 29% of its monthly income to pay off mortgage payments at an average price, according to data from Black Knight Mortgage Company.

According to economists, the rise in mortgage rates will slightly cool the housing market.

There is no doubt, they argue, that some buyers will give up the plan to purchase a home in light of the high interest rates.

On the other hand, it means that many borrowers will also lose the right to loan 0, which widens the gap between low- and middle-income households and those with high-income ones.

"The rise in housing prices is expected to slow, but it will not go away due to low supply," Morgan Stanley analysts wrote.

That is, despite the federal plans and actions taken by the Federal Reserve monetaryly, the main problem in the U.S. housing market is low supply and insufficient housing construction.

In practice, there are not enough homes in places where people want to live.

Between Biden and Elkin: This is how the US president mobilizes to solve the housing crisis - Walla! Money 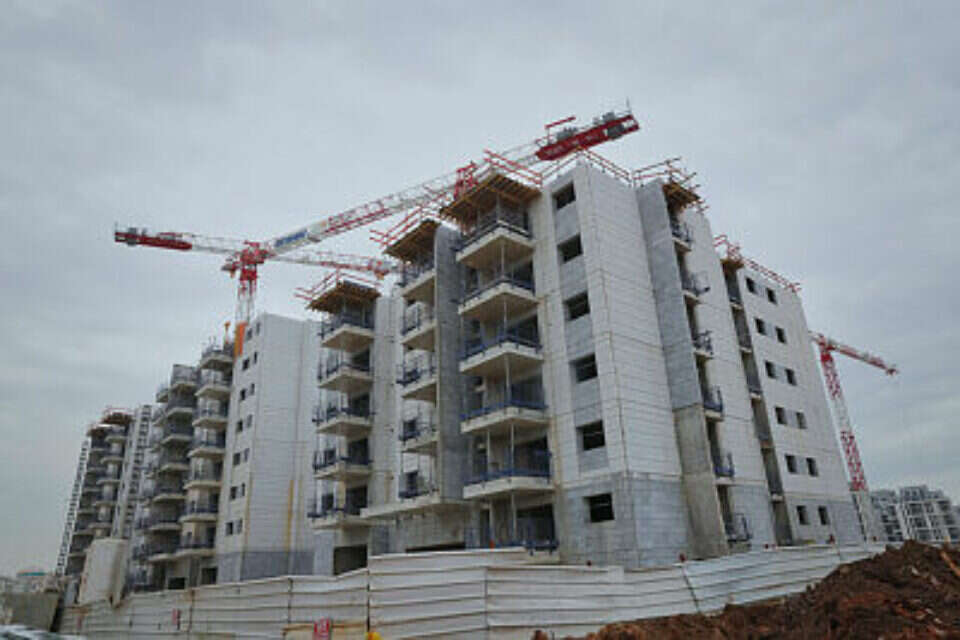 Contractors threaten: "We will raise prices by 10%, delay delivery of apartments" | Israel today

Raul Srugo was re-elected president of the Builders of the Land Association - Walla! Real Estate

The plan of the three offices: more apartments and improved conditions for those eligible - Walla! Of money

Who oversees the "Discounted Apartment" raffle that opened today? - Walla! Of money

The "Discounted Apartment" raffle has begun: "Change the lives of more than 10,000 families" - Walla! news