»Forgot to fly« – Travelers should counteract the chaos at airports

At the beginning of the holiday period, German airports will reach their performance limits. According to the federal police, people have “forgotten how to fly” – and advise good preparation.

Travelers at the security checkpoints at Hamburg Airport: in line for vacation

Staff shortages, increasing corona numbers and still a strong demand for vacation trips: The first real summer of travel since the outbreak of the corona pandemic is pushing German airports to their breaking point.

The federal government is promising a short-term remedy, with thousands of foreign temporary workers to support the airports.

The holiday season is already casting its shadow: Shortly before the start of the summer holidays in Schleswig-Holstein and Hamburg, the airport manager of the Hanseatic city Michael Eggenschwiler prepares the passengers for longer waiting times.

The rapid recovery in air traffic worldwide is pushing the industry's performance to its limits.

"There's nothing nice to say about it, the situation is very, very tense at the moment," said Eggenschwiler: "We have two intense weeks ahead of us." The passengers would have to be prepared for certain waiting times.

Ten tips from an ex-flight manager: How to deal with travel stressBy Antje Blinda

That corresponds to 70 percent of the pre-corona level.

However, there could be more travelers by the hour than at peak times in 2019. Eggenschwiler expects a particularly large rush this Friday and on Monday and Friday next week.

He recommends being at the airport two and a half hours before departure, or "a little earlier," especially for peak flights around midday and between 4 and 6 p.m.

Baggage should be checked in early.

The controls now opened even earlier, namely at 03.30 in the morning.

The Vice President of the Federal Police Headquarters in Hanover, Michael Schuol, said that many people had “forgotten how to fly” and appealed to travelers to check their hand luggage for prohibited items and the specified amounts of liquid beforehand.

It is also not helpful to take several pieces of hand luggage with you because of high baggage fees, then everything takes even longer.

Staff shortages at airlines and service providers could also dampen the desire to travel at BER Airport in Brandenburg.

Tenor from the companies: In terms of personnel, we are fundamentally prepared for the onslaught - but unscheduled failures could quickly mess up the processes.

The BER operators expect around three million passengers for the summer holidays.

“We expect around 80,000 passengers there.” The previous peak day during the corona pandemic was Good Friday with 77,000 passengers.

Such figures are still a long way from the pre-crisis level.

According to von Massenbach, around five million passengers flew through Berlin Airports during the summer holidays in 2019.

Nevertheless, the situation is tense for everyone involved.

In addition to the staff shortages, the airlines are also struggling with airspace that has been further restricted due to the Ukraine war and the unexpectedly sharp increase in corona numbers.

Not only the airlines, but also the affiliated airport service providers lack "qualified personnel who would enable capacities to be ramped up quickly to the desired level of demand after the crisis," said a spokeswoman for Wisag.

The service provider is one of three companies that take care of passenger handling, apron services and cleaning work at BER on behalf of the airlines.

The federal government has promised short-term help because of the staff shortages: It wants to allow thousands of foreign temporary workers to enter the country in order to recruit urgently needed staff.

But it is questionable whether the temporary workers, who mainly come from Turkey, will be available during the summer holidays.

And the burdens are also high internationally.

In the UK, amid the chaos at airports, the government has urged airlines to make flight schedules "more realistic" and to inform passengers of disruptions "as soon as possible".

The government, for its part, accelerated security checks at the airports.

In the French capital Paris, around ten percent of all flights from Charles de Gaulle Airport (CDG) are currently canceled due to strikes.

Similar disruptions are expected for Friday, said a spokesman for airport operator ADP. 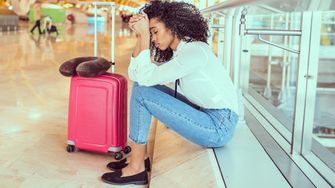 »Forgot to fly« – Travelers should counteract the chaos at airports 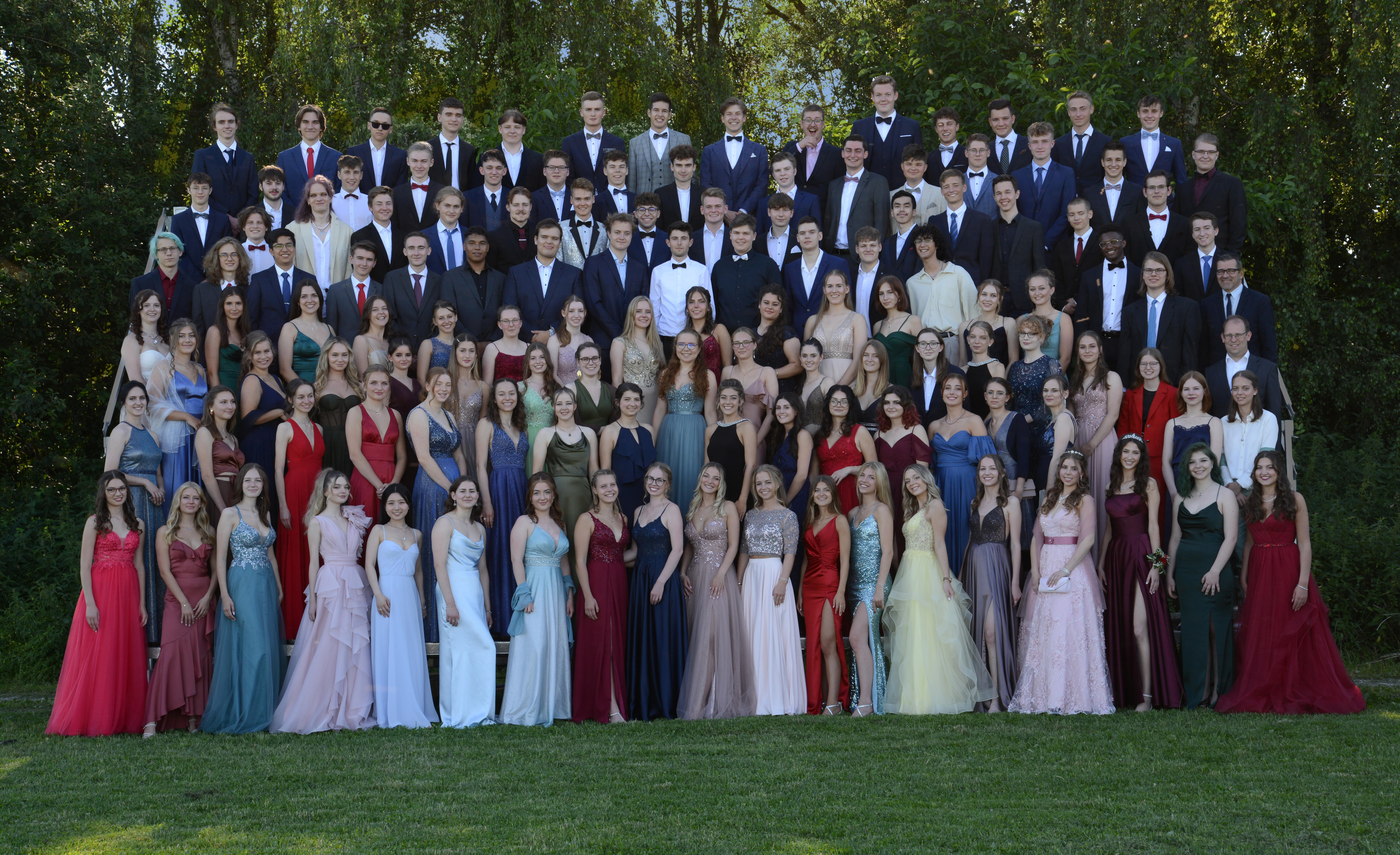 Chaos at Munich Airport: Travelers fly without luggage - thousands of suitcases lie around 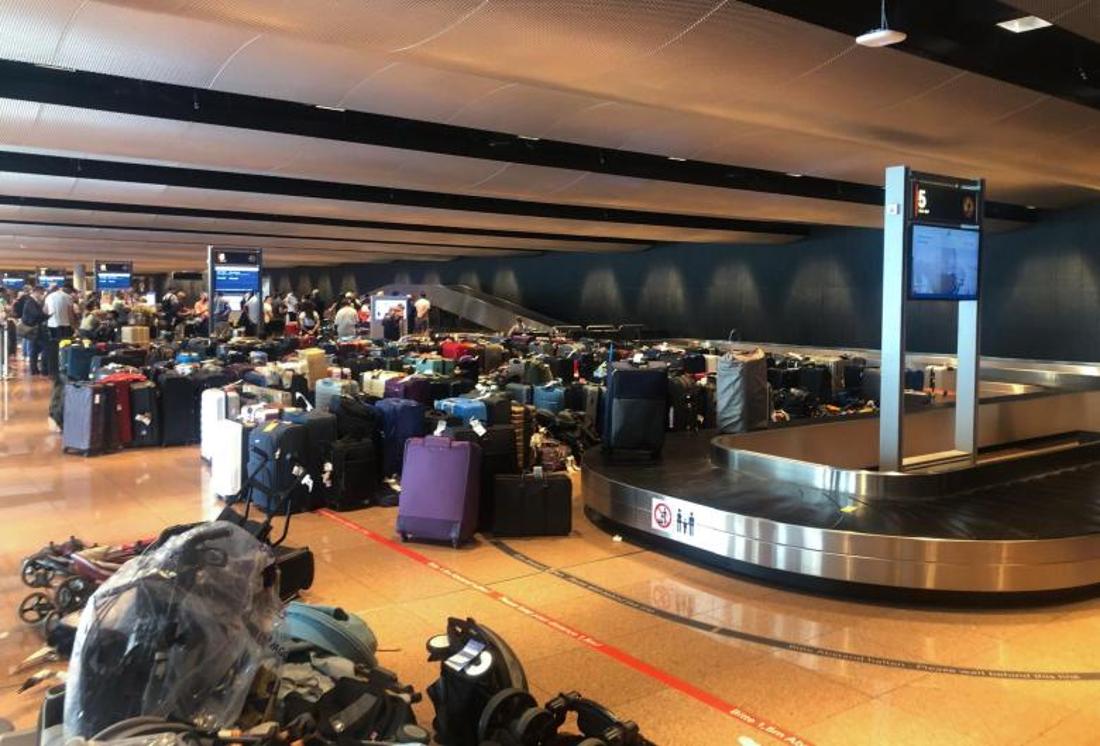 Suitcase chaos at the airport: Senate overwhelmed – now the federal government should help in Hamburg! 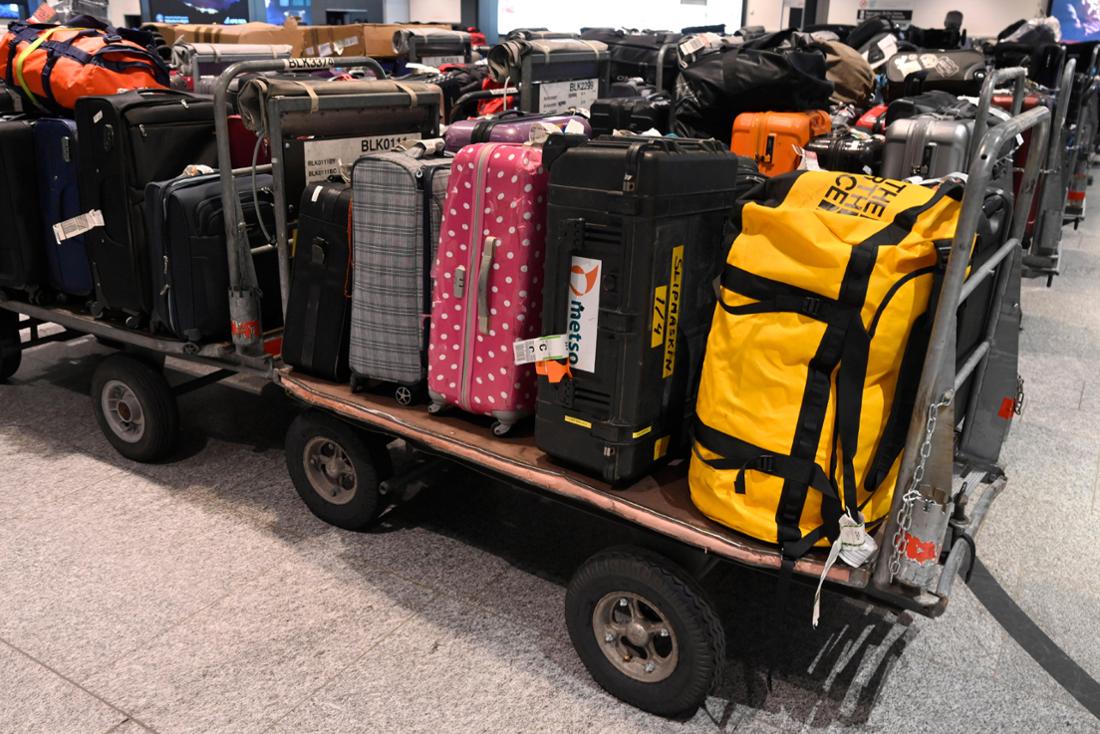