Baden-Württemberg: Winfried Kretschmann does not want to pay for indebted municipalities

Baden-Württemberg's prime minister is angry with the federal government. "I won't go along with that," says Winfried Kretschmann about the planned relief for municipalities that are in financial difficulties. 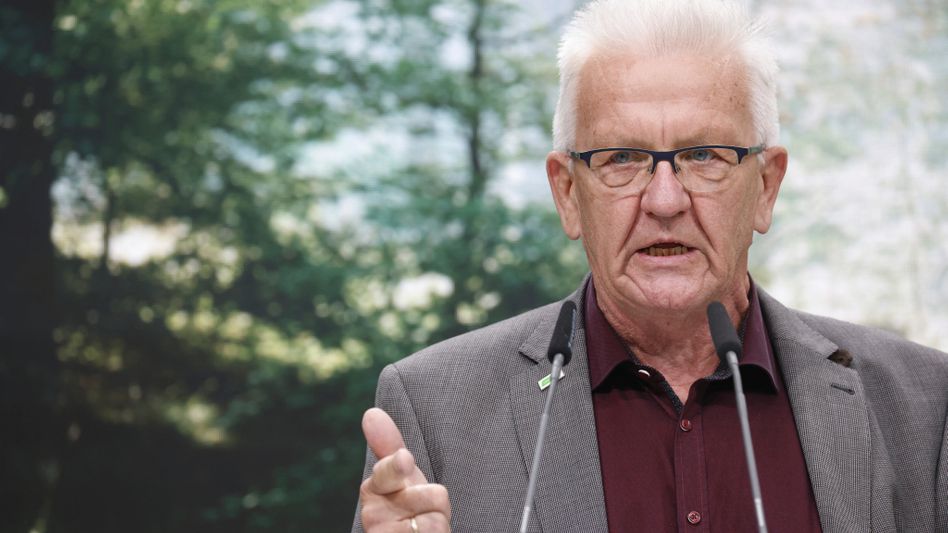 For Winfried Kretschmann (Greens) it is a question of justice: the Prime Minister of Baden-Württemberg is fighting against the traffic light planned relief for highly indebted municipalities throughout Germany.

"I won't just wave that through," said the Green politician at a meeting of the Baden-Württemberg mayoral association in Gerlingen (Ludwigsburg district).

It is unacceptable that the federal government wants to force a state like Baden-Württemberg to show solidarity.

It's about 30 billion euros.

"In any case, it's not my job to pay the debts of local authorities in other countries."

It shouldn't be the case that those who have managed thriftily are punished.

In contrast, other countries have launched social programs such as free kindergartens.

They could not now ask other countries to share their financial burdens.

"I won't go along with that," said Kretschmann.

Old debts in the coalition agreement

Federal Finance Minister Christian Lindner (FDP) had proposed an amendment to the Basic Law at the beginning of May in order to relieve highly indebted cities and municipalities.

The project is laid down in the coalition agreement of the traffic light: "As part of the federal-state financial relations, we want to help the municipalities to solve the old debt problem," it says there.

The current Chancellor Olaf Scholz (SPD) had already wanted to tackle the relief of highly indebted municipalities during his time as Finance Minister under Chancellor Angela Merkel (CDU).

However, he failed in 2020 due to resistance from the Union and several federal states.

FDP federal politicians were also critical at the time.

Baden-Württemberg: Winfried Kretschmann does not want to pay for indebted municipalities

Kretschmann warns of tax minus

"Is he crazy?" - Kretschmann wants to check the closure of indoor pools

"Is he crazy?" - Kretschmann wants to check the closure of indoor pools