Couples who dreamed of a "discounted apartment" are afraid that it will not help either - Walla! Of money

The rise in the cost of living has reduced the chances of winners meeting mortgage payments. We met people who hoped that the lotteries would change their status - and now they are afraid that they will be forced to part with the dream of an apartment

Today the second round of the "Discounted Apartment" raffle started.

Despite this, the increase in the cost of living has reduced the chances of the winners meeting the mortgage payments.

Launch of an apartment lottery at a discount.

Mortgages have also become more expensive, as have living expenses

Registration for the "Discounted Apartment" lotteries opened this morning, in the upcoming lottery, 5,500 apartments will be offered in 25 localities, and a total of 30,000 housing units will be raffled off in the coming year.

But it turns out that not all young couples are happy with the solution that the government offers them, the rise in interest rates that is expected to rise again tomorrow will increase the monthly mortgage repayment by hundreds of shekels, rental prices have jumped by a significant percentage and the average wage we earn does not catch up.

To all this must be added the effects of the war that Russia declared on Ukraine, which caused a wave of increases in energy prices, a fact that jumped the price of fuel in Israel to a peak of NIS 8.08 per liter of gasoline, as well as the expected jump in electricity and milk prices.

In short: despite the lotteries that are supposed to provide significant discounts for the lucky ones who win, the cost of living has risen so much that even those who estimated that they could free up a few thousand shekels a month for a mortgage repayment of (for example) a million shekels, have to recalculate the risk and chance.

Price project for you in Rosh HaAyin.

"The dream of buying an apartment is receding"

from Jerusalem confronts his wife Amy about an apartment in the capital, in a conversation with Walla!

He explains that even if he wins, he is not sure that the discount will pay off due to the rise in interest rates:

"Beyond the fact that the state is once again behaving like a casino and we are its customers in the gambling factory of our rights. The general rise in prices and the growing interest rate means that we have less money to buy a property and obtain a reasonable mortgage that we will not collapse with. "

Modi'in candidates hope to grill an apartment in the central region, but they also take into account the increase in prices that could cause the discount they receive to no longer be significant: "If we assume that we won the apartment, we must wait until we receive the key and also when we receive the key we must 'complete' the difference of the apartment following the non-stop market

from Jerusalem, a single mother, tells Walla: "I'm trying to grill an apartment again, not necessarily in areas of demand, again the chances are low, but even if we'm lucky and I win. I may wait many years until the key is handed over. .

And there are those who fall between the cracks and even though they can not buy an apartment they are not eligible, Inbal shares this story with Walla: "Since I sold an apartment about two years ago as a result of divorce, I am not considered homeless in Israel. There are no lotteries for housing developers and when it comes to a minimal number of apartments and not in Jerusalem (where I live) the chances of winning in the first place are very low and even if it happens miraculously, who said we can meet it with the construction input index rising every year and the cost of living? The existing ones are receding. "

Couples who dreamed of a "discounted apartment" are afraid that it will not help either - Walla! Of money

Discounted apartment: About 5,000 housing units will be raffled off across the country - Walla! news

The director general of the Ministry of Construction has sent the grills "discounted apartment" to live in the south; Want to see where he lives? - Walla! News

newlywed? Get ready: Registration for the "Discounted Apartment" will open on Sunday - Walla! news

Prices for a "discounted apartment": NIS 1.2 million for apartments in Jerusalem and Haifa - Walla! Of money 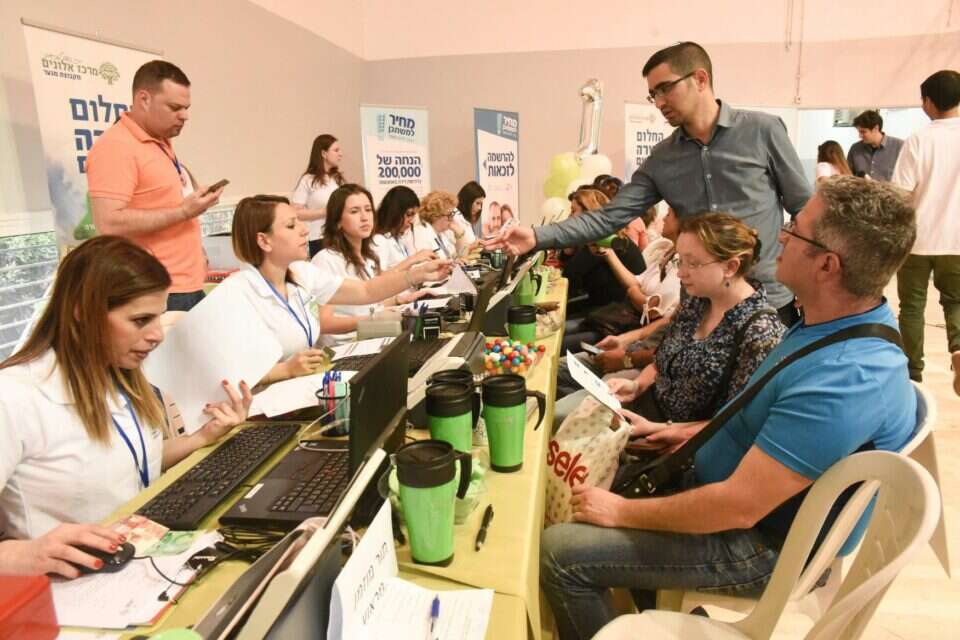 "Apartment at a discount": The second lottery is underway Israel today

The plan of the three offices: more apartments and improved conditions for those eligible - Walla! Of money