The Histadrut likes to speak on behalf of beginning teachers, but it is a huge organization with an annual budget of NIS 486 million, high salaries for executives, billions in the strike fund and real estate assets.

Teachers' Union: The trade union that has become a huge company.

How much does Yaffa Ben David earn?

The teachers' union likes to speak on behalf of the weak, such as beginning teachers who earn the minimum wage, but it is a huge organization with an annual budget of NIS 486 million, high salaries for executives, billions in the strike fund and real estate assets, and of course - an iron screen designed to obscure the data. In the series

Yaffa Ben David at one of the teachers' demonstrations.

With its astronomical salary and a replica of the organization's budget, it's no wonder it has the patience to strike (Photo: Reuven Castro)

"On September 1, there will be a mess here," the secretary general of the Teachers' Union, Yaffa Ben-David, promised in a video she distributed to teachers ahead of their summer vacation. Ben-David promised that The slander: "This time we must not give up on a significant improvement in everyone's salary.

But what about her?

Although everywhere she boasts that she was a gymnastics teacher (by the way, for a total of six years), she probably does not include herself in "everyone" because her salary is hundreds of percent higher than the teachers she represents. Since taking office, it is estimated that Yaffa Ben-David earns approximately NIS 190,000 a month.

Ben-David's salary consists of the salaries of CEOs of government companies, as determined by the Friedman Committee's report, and stands at about NIS 40,000 per month, not including an attached vehicle, driver, expenses, ESL and travel abroad.

In addition to that, she receives an unknown salary, from a variety of bodies related to the teachers' union in which she holds various positions, which are not reported anywhere.

Those who are building on a short shutdown of the education system in September should take into account that the teachers' strike fund has enough for a long strike (Photo: Photo Processing, Reuven Castro, David Cohen - Flash 90)

The salary of a cousin who fights, with extraordinary vigor, for raising teachers 'meager salaries, is just the tip of the iceberg of billions owned by the teachers' union, billions who for years paid hard-working teachers for their rights and accumulated at the coffers of the Ottoman Association.

The Ottoman Association is a non-profit public corporation and was established under Ottoman law from 1909. Such associations could be established until the entry into force of the Associations Act of 1981. Unlike other laws dealing with associations and public bodies, the Ottoman law has not been updated over the years and therefore not There was a possibility of supervising or enforcing the activities of the Ottoman associations and their orderly registration, which provoked sharp criticism from the State Comptroller and the public for the lack of transparency.

Apart from the obligation to provide an initial report on the actual establishment of the association and the updating of its details, it is not obligated to report or to supervise and control the activities.

A regulatory mechanism to which the teachers' union is still committed is the system of law and justice.

Last year, the Minister of Justice, Gideon Saar, signed the reporting and transparency regulations of Ottoman associations, which require them to submit reports and transparent conduct. Until the end of June or October if an extension is granted, and when this obligation applies there will be a breakdown of the five highest paid recipients.Therefore, in the absence of transparency for teachers and the general public, the amounts entered here are only approximate and rely on data provided by organizations.

Since being elected to office in 2017, Ben-David has been trying to differentiate herself from her predecessor in the role of Yossi Wasserman, who resigned at the end of 14 years after being accused of taking bribes, extortion and threats.

Since then, five years have passed in which not only has the Teachers' Union not become more transparent, but perhaps even the opposite.

Details, such as details of the organization's five senior salary recipients - published during Wasserman

's time, have disappeared from the budget reports.

This year, the total budget of the body that represents elementary and middle school teachers will be NIS 486 million in 2022. You also read the number well, a budget that is close to half a billion shekels.

Does the Histadrut have additional amounts and unreported assets?

Probably so, and the estimates stand at billions of shekels that are in the strike fund, and in a number of other bodies that belong to, or are affiliated with, the Teachers 'Union, including the Ashmoret Club, the Teachers' Training Fund, the Teachers 'School, the Teachers' Association, the Gal Provident Fund and more. Etc.

There are alleged suspicions that money is being illegally transferred from one body to another, which is strictly forbidden.

The Histadrut owns a number of buildings and lands that are worth a lot of money, and we will get to them in the following articles.

In his case, it ended in a conviction. (Photo: Nir Landau, Walla!)

A rare glimpse into what is happening in the Teachers' Union

Yaffa Ben-David began her professional career in 1993 as a physical education teacher in Yeruham, from where she moved to teach in Kiryat Gat.

When she was elected chairman of the Teachers' Union branch in 2001, she moved to work full-time in the organization. In fact, Ben-David worked as a teacher for a relatively short time, without advancing to managerial positions, unlike Wasserman, who served as school principal. In early December 2016, the Tel Aviv District Attorney's Office filed an indictment in the District Court against Wasserman, for

, extortion, fraud and breach of trust, invasion of privacy, obstruction of justice and harassment of a witness, sentenced to four months in prison. Additional indictments have been filed against the chairman of the culture department and the chairman of the Physical Education Teachers Association.

This indictment provided a certain and rare glimpse into what was going on in the Teachers' Union.

Wasserman, who was elected secretary general in 2002, previously served as chairman of the finance department.

He continued to serve in the position even after he was elected secretary general, which allowed him, according to the indictment, to carry out any decision on budgetary expenditure without any substantial supervision

. The indictment revealed that for a while there was a lack of trust between Ben-David and Wasserman, who in 2013 suspected that she was leaking information to journalists.

In 2021, Ben-David surprised by announcing the early elections to the Teachers' Union by a year, she said, in order to prepare for the struggle for the collective agreement.

The opposition tried to stand up to her in the short time available to her and lost.

After the election, there were serious allegations of irregularities, which we will reach later in the series of articles.

Over the years, Ben-David tightened control over the mechanisms of the Teachers' Union through the appointment of Shlomo members, and completely ousted the opposition that had arisen from her home.

Response of the Teachers' Union

The Teachers 'Union operates in accordance with the law, in conjunction with legal advice and an internal audit system. The teachers' union's budget is published transparently on the union's website 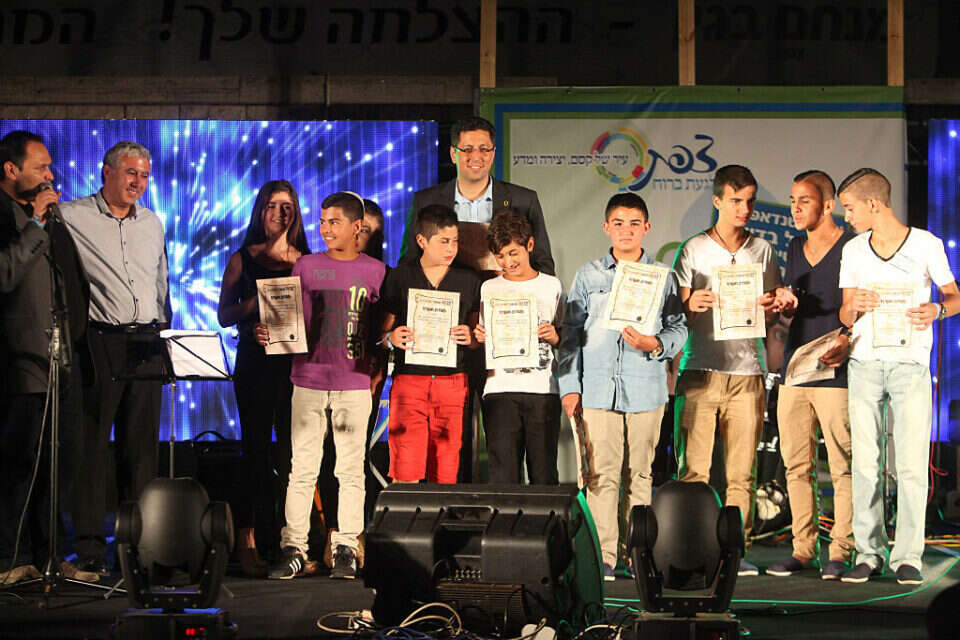 In the news for parents and children: Schools will be able to hold graduation parties despite the strike Israel today

The sanctions reach the center: Studies in the Tel Aviv district will begin tomorrow at 10:00 - Walla! news