Inflation is spiraling out of control in Turkey, with inflation at more than 78 percent in June. Consumer prices are also rising in Switzerland, but at a completely different level. 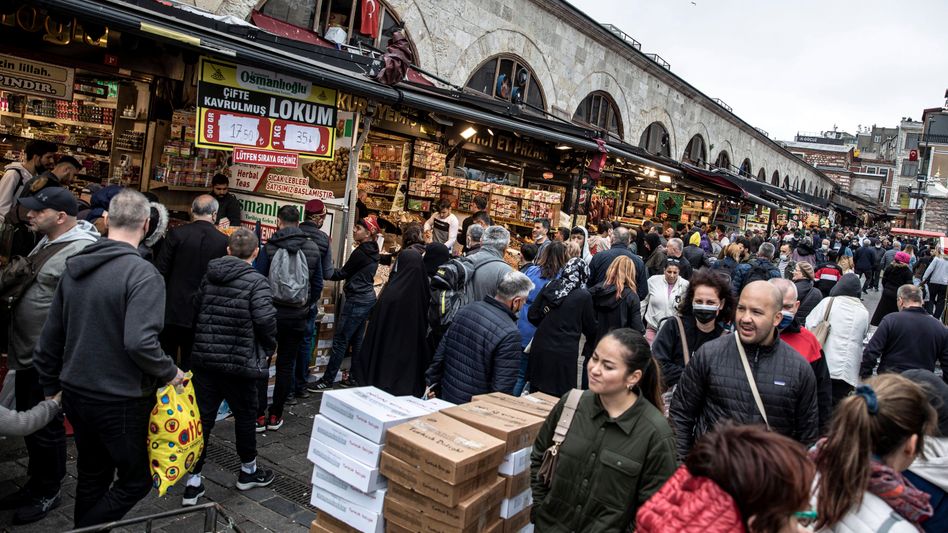 Shopping street in Istanbul (in April): The lira drives up prices

In June, they rose by 78.6 percent compared to the same month last year, according to the statistics office in Ankara.

In the previous month, the inflation rate was already 73.5 percent.

On a monthly basis, consumer prices rose by almost five percent in June.

The producer prices show how significant the price pressure is on upstream economic levels.

In June they rose by a good 138 percent compared to the same month last year, after around 132 percent in the previous month.

Producer prices are therefore more than twice as high as a year ago.

Producer prices usually have an indirect effect on the consumer's cost of living, with a time lag.

Inflation in Turkey is driven by several factors.

Also the prices of energy and many raw materials are rising, especially because of the Russian war against Ukraine.

The weak local currency, the lira, has been driving prices up for some time.

Because the devaluation makes it more expensive to import goods into the country.

In addition, there are comparatively high raw material prices on the world market.

This is another reason why the country is in a difficult economic situation, which is reflected, among other things, in high unemployment.

Switzerland is raising interest rates, Turkey is not

The fall in the lira was triggered by interest rate cuts by the central bank, which made the national currency less attractive to investors.

President Recep Tayyip Erdoğan describes himself as an enemy of interest rates.

He wants to boost credit and investment through low interest rates, and there are presidential elections again in 2023.

Because without higher interest rates, investments in Turkish assets will now become even less attractive for investors, the currency will weaken even further - and further fuel inflation as imported goods become more expensive.

Most recently, Turkey had at least kept interest rates stable.

Inflation is also continuing to rise in Switzerland – but at a rather low level compared to Turkey or other European countries.

In June, consumer prices rose by 3.4 percent compared to the same month last year, as reported by the Federal Statistical Office in Neuchâtel (Neuchâtel).

This is the strongest increase in Switzerland since 1993. The cost of living rose by 0.5 percent month-on-month.

The statisticians explained the month-on-month increase with various factors, including higher prices for fuel and heating oil.

Like other countries, Switzerland is suffering from sharply increased prices for energy and raw materials.

An important reason for this is Russia's war against Ukraine.

Both countries are major suppliers of raw materials.

However, inflation in Switzerland is significantly lower than in many neighboring European countries.

According to initial estimates, consumer prices in Germany rose by 7.6 percent in June and by 8.6 percent in the euro zone.

The Swiss central bank SNB has already reacted to the inflation trend.

In mid-June, it raised its key interest rate significantly, which surprised many experts.

The SNB has thus forestalled the European Central Bank (ECB), which has announced interest rate hikes for July and September.

Many analysts had expected the SNB to act after the ECB given Switzerland's close economic ties to the eurozone. 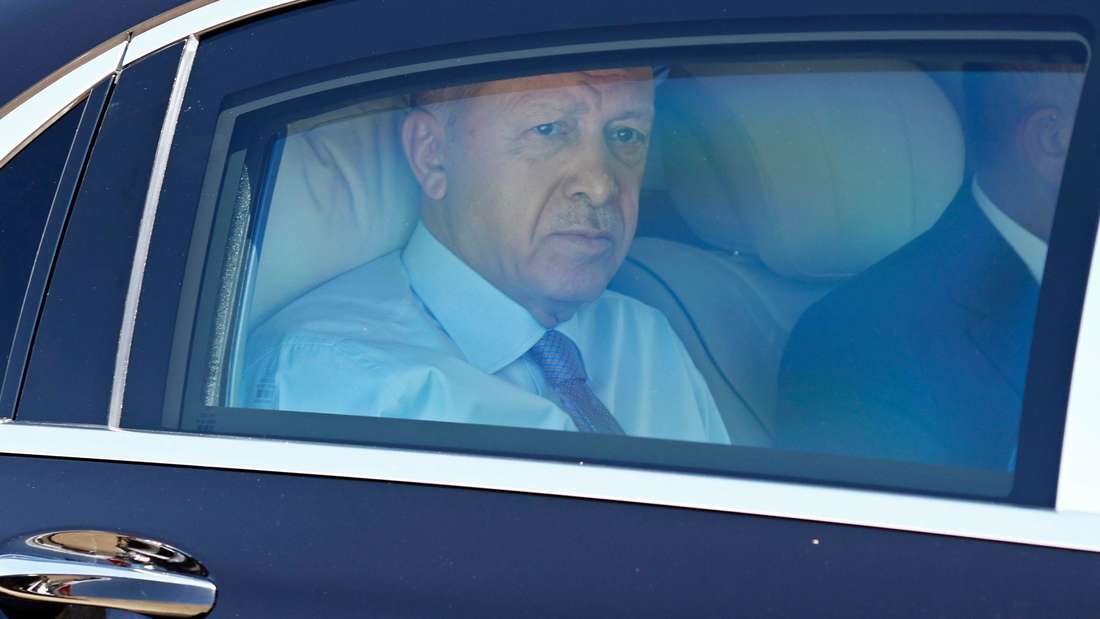 Erdogan under pressure: Record inflation in Turkey – food prices doubled in May

US inflation rises to almost 8 percent