Worked in a factory as a soldier in a criminal organization, resigned - and claimed compensation - voila! Of money

The "worker" was recruited to the factory as a "guard" as part of the protection of a criminal organization. When he resigned, he demanded his full rights and the lawsuit went to court. What is the court's ruling?

Worked in a factory as a soldier in a criminal organization, resigned - and claimed compensation

The "worker" was recruited to the factory as a "guard", as part of a protection on behalf of a criminal organization.

When he resigned, he demanded his full rights and the lawsuit went to court.

The judge's ruling was clear, but it's really not the end

In the video: documentation of a raid on the homes and businesses of 7 suspects in protection at construction sites (photo: Israel Police spokesmen)

The protection payment phenomenon is very common in the Beer Sheva area.

Although there are no certain figures regarding the number of businesses that succumb to threats, it is estimated that there are many hundreds, perhaps thousands, of businesses that pay thousands of shekels every month to representatives of crime families in order to have an 'employee' stationed on their premises, who will make sure that no Molotov cocktails are accidentally thrown or that the goods of the business will be stolen.

Even the shutter manufacturing factory located on the outskirts of the city had no choice, and for the past seven years he has been forced to pay a lot of money to a young man, close to a family of criminals, in order to keep the factory from burning 'accidentally'.

But that guy got fed up and one bright morning he informed the shutter factory that he no longer intends to maintain his territory and is actually resigning.

The company's management breathed a sigh of relief, thinking that it had gotten rid of the burden of paying the protection, but to its astonishment, he filed a lawsuit against it at the Regional Labor Court in Be'er Sheva.

According to him, he was employed as a normative guard, while a legitimate relationship existed between him and his employer, by virtue of which, he is entitled to the payment of his full social rights, as if he were a full-time employee.

In the statement of claim, he claimed that his working hours were set at night and on Saturdays, he was assigned a room equipped with a television, a table and a bed, as well as a ladder to move between the yards.

The plaintiff added and claimed that the relationship between the parties lasted about 7 years, during which he performed the same work with the same characteristics, including receiving gifts on holidays.

According to him, from other procedures in which it was claimed that these were sponsorship fees, it could be seen that the performance of the work changed frequently and this was not the case in our case.

The plaintiff also points out that if it had been sponsorship fees, he would not have asked to resign and would have continued to come once a month to receive the sponsorship fees himself, or through collection on his behalf.

In addition, it is claimed that the protection he provided was necessary and effective.

I came to protect you and now you will pay me compensation (Photo: ShutterStock)

According to the defendant, despite the fact that external signs presented in the statement of claim allegedly indicate employment relationships, at the end of the evidence hearing procedure, the alleged existence of an employee-employer relationship was theoretically destroyed and the plaintiff did not lift the burden of proving his claims.

The defendants, as it was stated in the statement of defense, proved the existence of a number of signs that the plaintiff is, in an examination, a cog in the mechanism of lawbreakers who instilled fear and made them pay for receiving sponsorship.

The company also stated that this is a mentally disabled guy who has taken psychiatric pills for at least 9 years, and he does not have a firearms license.

The company also claimed that the plaintiff did not receive a key to the factory door and did not know the alarm code.

And what is the court ruling?

Judge Yael Engelberg they are

, wrote that there is no dispute that the plaintiff received a payslip and a payment check every month, however, the settled law is that the method of payment in itself does not constitute conclusive evidence regarding the existence of an employment relationship and this is only one of the signs that must be examined within the framework of the overall relationship.

In the particular case, a series of aspects is about to overwhelm him.

First, the plaintiff's lack of training for security work and his lack of knowledge of the basic details for security work (fire extinguisher location, alarm code, getting a key to the gate and a phone number to call in an emergency, etc.).

, explains that in recent years, a series of lawsuits have been submitted to the labor courts by Gobi Protection against the companies that extorted them in the past and against companies that they are still extorting, claiming an employment relationship between them.

These often condition the extortion fees by issuing slips and checks in order to whitewash their actions while claiming that they are employees of the extorted. After exhausting the debt payments given to them by the extorted, the extortionists attempt "another collection" under the auspices of the Labor Court. As far-fetched as it may sound - in some cases, the prosecutor was able to convince the court that there was an employment relationship, which led to the obligation to pay severance pay and various social rights.

Thus, for example, in the judgment given, the claim of the plaintiff was accepted according to which he worked as a security worker in an infrastructure and earthworks company, and over NIS 80,000 was awarded to him for various work components.

Despite the defendant's attempts to claim that she was blackmailed for years by the plaintiff and required to pay him sponsorship fees, the court ruled that there was an employment relationship between the parties, because it got the impression that the defendant company recognized the plaintiff as its employee, when it explained to him what the terms of his employment were and even defined them in advance in the employee notification form and in the agreement employment.

But there are also opposite cases.

The Labor Court in Nazareth recently rejected a lawsuit of close to one million shekels filed by a shepherd from the village of Yafia, claiming that he did not receive payment for overtime and social rights during the 7 years he worked as a guard at the range in Kibbutz Geniger. of thefts and vandalism, and that the "wages" he was paid were actually sponsorship fees.

Therefore, she determined that there was no employee-employer relationship that entitles the plaintiff to any rights.

The employer is also on target

In light of all this, the question arises, how can a business that pays protection guarantee that when the day comes it will not have to pay the same guy who blackmails it, also his social rights.

Attorney Yakovovich points out that employers often choose to 'incriminate' conspiracies against employees and therefore the judges cannot always tell which of the parties is telling the truth. Therefore, the labor courts examine the pay slips and are impressed by the testimonies of the parties in order to decide on the question of whether an employee relationship existed employer.

The problem is that the existence of pay slips and testimonies of other employees creates a considerable difficulty for the employer when he comes to refute these claims against him.

In light of all this, and in order to ensure that the rights of the business are preserved - documentation must be created in which the extorted business confirms the fact that the extortionist is not a full-fledged employee.

For example, the staff meetings from which the blackmailer was absent must be recorded.

In addition, it is possible to prove through the videos that the extortionist does not actually work and does not show up at the workplace as claimed.

Also, the extortion can be demonstrated by presenting attendance reports that prove that the extortionist is absent from the workplace or that his behavior deviates from that of a standard guard.

Worked in a factory as a soldier in a criminal organization, resigned - and claimed compensation - voila! Of money

The terrorist's lawyer from the custody case: "He did not cooperate with the security system" - voila! news

The Complete Guide to Injury While on Military Service: When Does Compensation Come? - Walla! Sentence 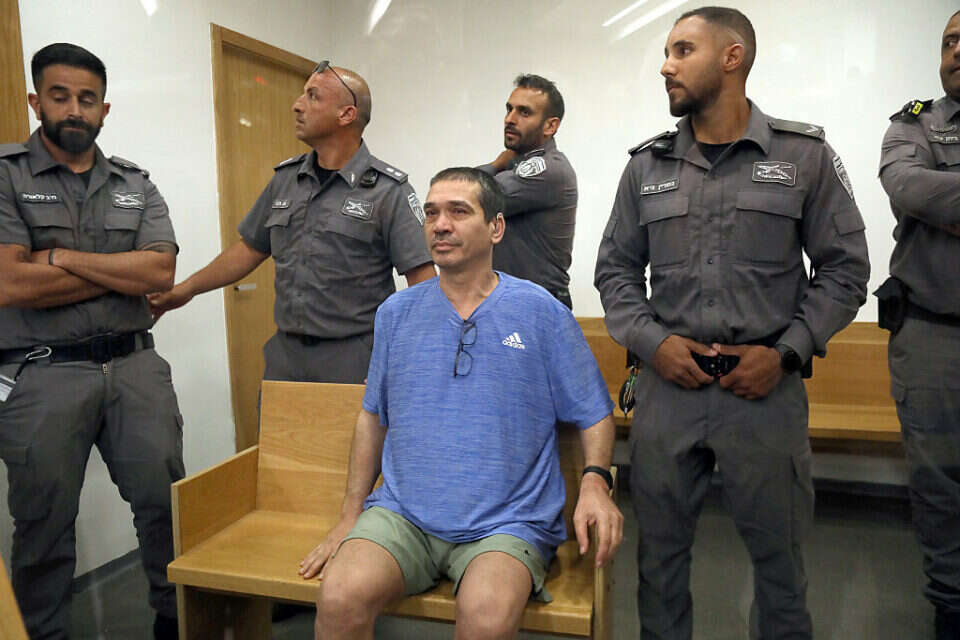 "Improvised, yet deadly": How did the shooter in Shinzo Abe produce the weapon? - Walla! news 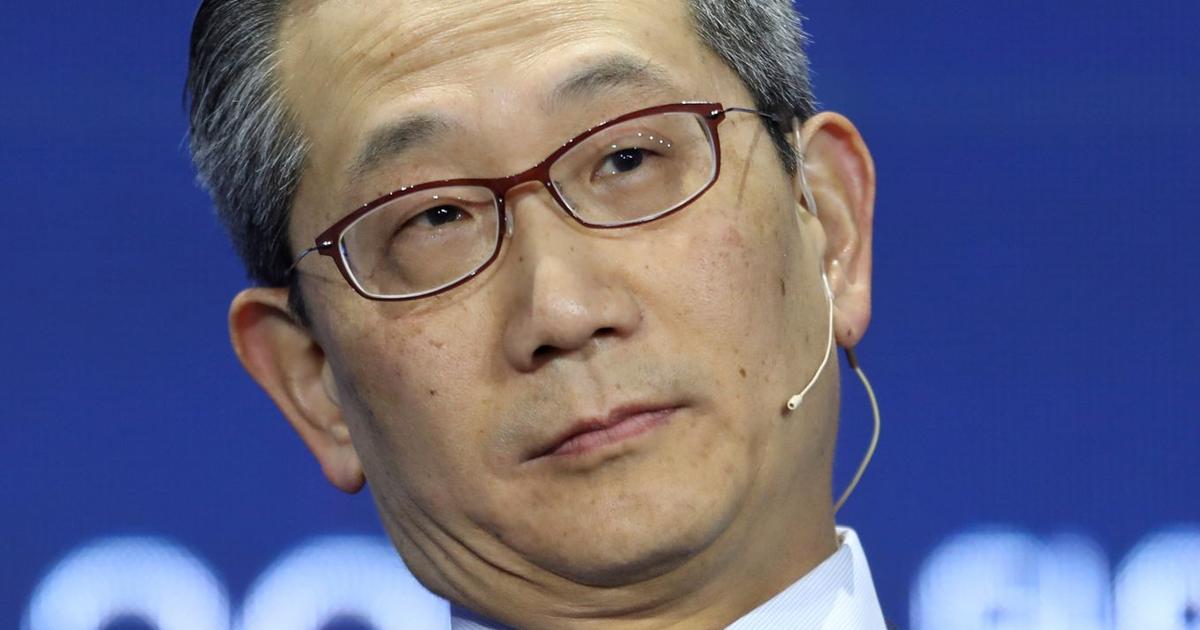 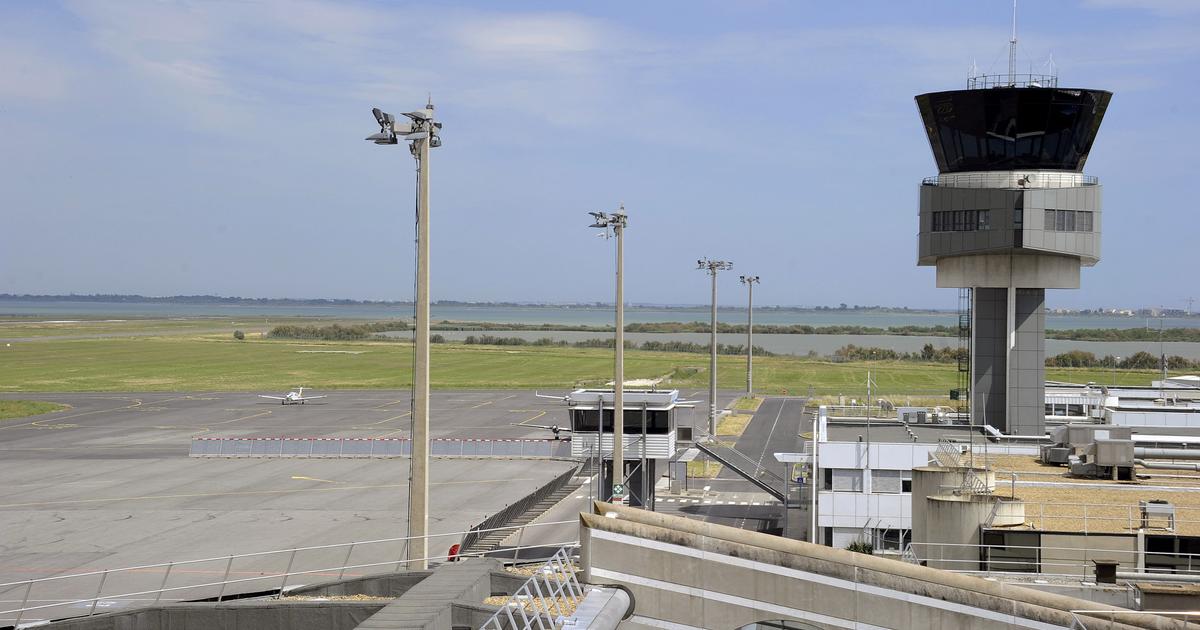 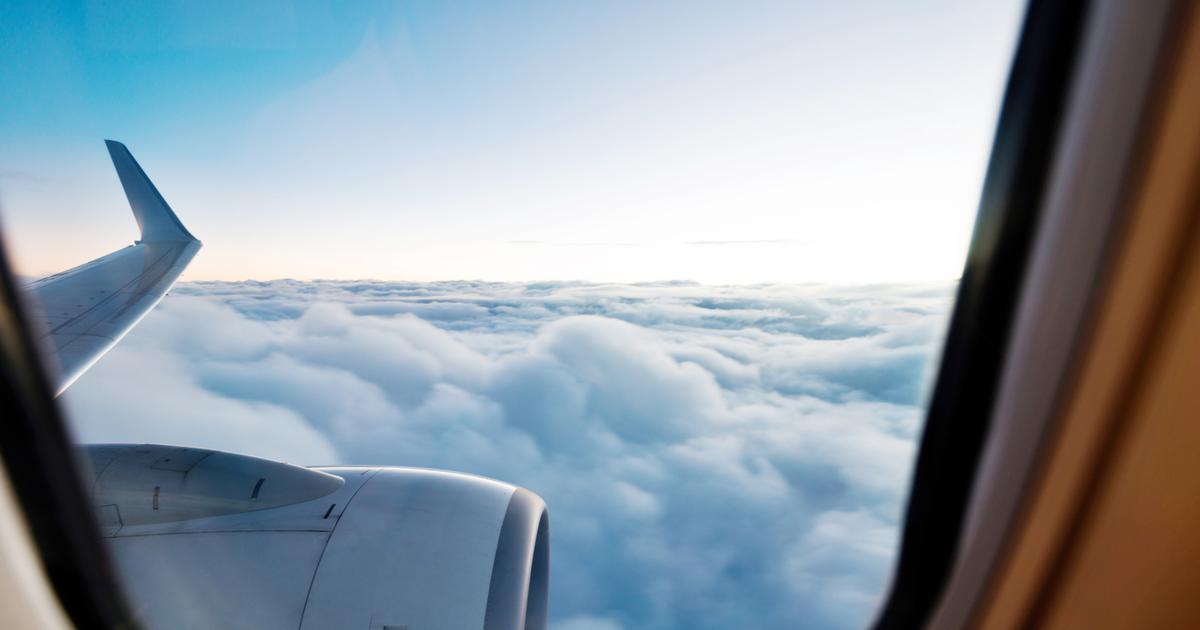 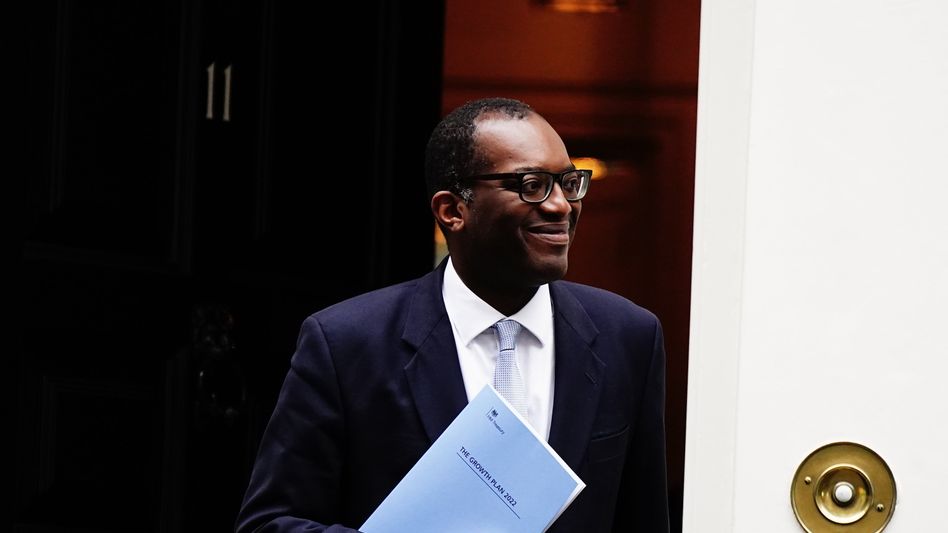 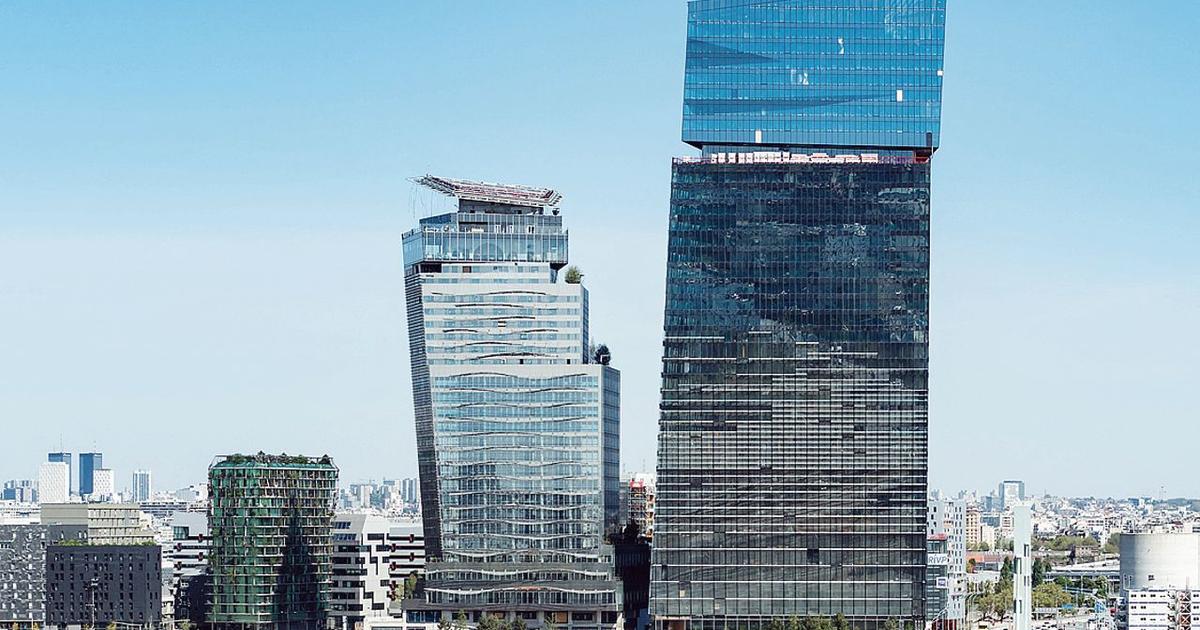 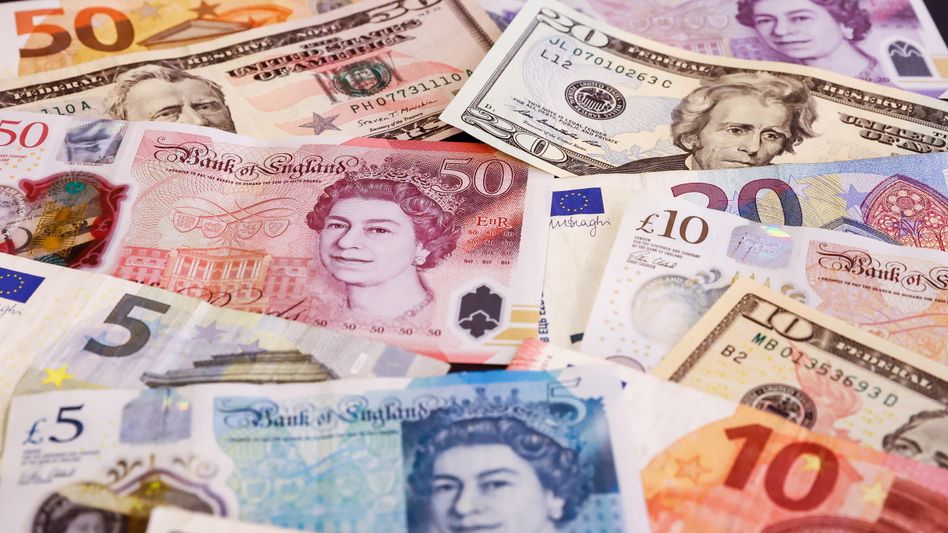