Saving energy at work: will we soon have to freeze for the boss?

Saving energy is becoming an existential issue for many small businesses in particular: an overview of companies' ideas on how to get through the winter - and what that means for their employees. 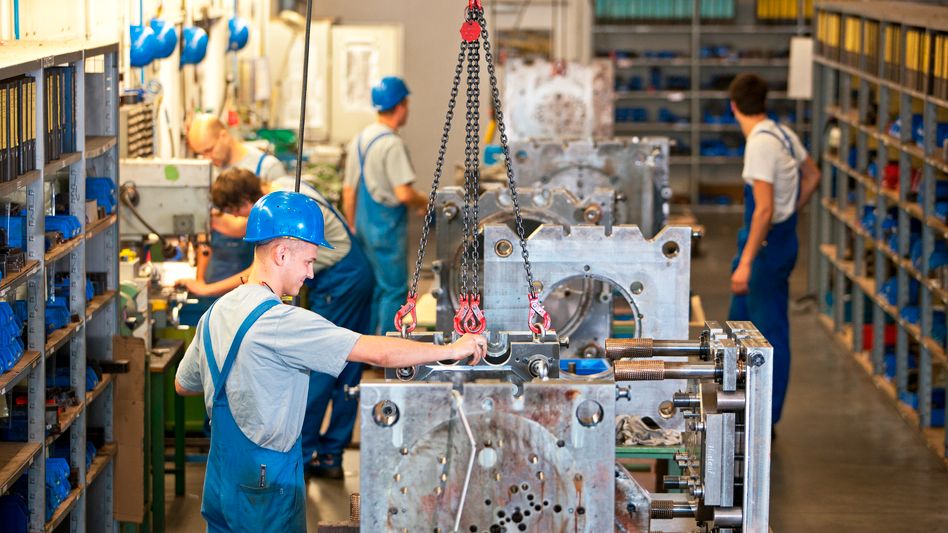 The past few months have not exactly been easy for the automotive and industrial supplier Schaeffler.

Although sales grew a bit, the price was that the Herzogenaurach-based company took on some of the increased expenses for the manufacture of the parts themselves.

In addition to materials, freight and logistics, the cost drivers also included oil and gas in particular.

The fact that the bottom line is still around 200 million euros in profit is recorded by observers under the keyword "black eye", combined with the warning that things could get even worse in the coming months.

When it comes to energy in particular, there is no end in sight to the crisis.

A Schaeffler task force is to help anticipate the effects in good time.

Individual measures are planned for each individual plant and some have already been implemented.

“We are able to adapt gas consumption to the current supply situation at short notice,” explains Group spokesman Daniel Pokorny.

If necessary, specific measures could be implemented by making changes to the work processes.

But the workforce will also feel the effects of the changes: through adjustments to shift models or the use of home offices.

Most of the larger and smaller medium-sized companies are in a similar situation to Schaeffler.

The energy emergency is by no means only in autumn.

The purchase prices are currently so high that in some cases production is no longer worthwhile.

According to a survey by the German Chamber of Industry and Commerce (DIHK), 16 percent of medium-sized industrial companies already see themselves forced to give up individual business areas.

Almost a quarter of the companies surveyed have already taken appropriate steps, and another quarter are in the process of doing so.

And half of those surveyed said that wasn't the end of the story.

Energy emergency not only in autumn

So it's no wonder that there are intensive discussions in the German economy as to where further savings can be made: in order to save a large part of production.

And to survive the crisis to some extent.

This also applies to the really big companies.

At the beginning of the month, the consumer goods manufacturer Henkel started by announcing that it would significantly reduce the temperature in the administration offices and offered its employees the option of working from home as an alternative.

At Frankfurt Airport, the focus is initially on numerous measures that can be implemented in the short term to save additional energy.

Many steps have already been implemented, a company spokesman told SPIEGEL.

For example, the circulating air supply has been reduced so that less warm air gets into the terminals.

This reduces the cost of air conditioning.

"Towards winter, the measures will also focus on using less heating energy by reducing the room temperature in the terminals and offices, as far as the minimum requirements from the applicable workplace guidelines allow," explained the spokesman.

The goal is energy savings of around 15 percent.

At Deutsche Telekom, too, the topic of energy efficiency has been a priority for a long time.

In the past five years, the CO2 emissions of properties heated with heating oil, gas or district heating have been halved, a spokesman said.

»We have a potential gas embargo in mind and are preparing for various scenarios.«

With regard to the (office) workplaces, the guidelines of the currently valid workplace guidelines are followed, which stipulate a minimum temperature of plus 20 degrees for light work while sitting.

»Should there be any (temporary) changes to the regulation, we would of course take them into account.«

The Leverkusen-based chemical group Bayer also reported to the “Handelsblatt” about plans to lower the temperature in the buildings of the German locations by at least one degree Celsius.

Normal are actually 20 to 22 degrees in winter, said a spokesman.

Truck specialist Daimler Truck even wants to reduce the room temperature in its production halls and offices by two degrees when the heating season begins.

In the meantime, even in medium-sized companies, everything is under scrutiny.

The energy guzzlers include compressed air systems for operating tools as well as the process heat required for processing wood and plastics.

Smaller cooling chambers and clean rooms could also help to save energy.

"Most companies have been familiar with the topic of saving energy not just since the gas crisis, it has long been a tangible competitive factor." That's why it's usually not about raising awareness or implementing simple savings measures now, but rather tracking down the last percent and internal shutdown scenarios to develop.

In many cases, however, this not only means doing without superfluous comfort, but also a step backwards.

Rather, he expects that a discussion will soon begin about the problem of what happens to important products when forgoing the necessary energy is more lucrative for the respective company than producing the product itself.

Unlike the large companies with their comparatively large administrative units, the medium-sized companies see hardly any savings potential in the home office.

"The processes here are usually a bit different," explains Pfeifer.

"More personal." So you have to weigh up exactly what the price of the loss of productivity would be - especially since the employees also have to heat their offices at home.

The Federal Association of Medium-Sized Businesses came to the same conclusion after a spontaneous short survey among its member companies.

At this point, Norbert Reuter, head of the collective bargaining policy department of the traditionally combative service trade union Ver.di, hardly expects any conflicts with the employees.

"Of course we assume that the measures will be in line with the provisions of occupational safety law," explains the economist.

However, everyone involved is aware that everyone has to step out of their comfort zone a bit. “In Bavaria nobody will have to freeze to death”: VBEW boss explains why every consumer is now important