Against the background of the slowdown in the high-tech industry, which was also manifested in a wave of layoffs, one of the oldest companies in the field, Matrix, is surprising today by announcing the hiring of 1,300 new employees. What are the jobs offered?

Against the background of the slowdown in the high-tech industry, which was also manifested in a wave of layoffs, one of the oldest companies in the field, Matrix, is surprising today, announcing the hiring of 1,300 new employees.

What are the jobs offered?

To watch the upcoming World Cup, they ordered another 1,300 chairs... (Photo: Matrix PR)

Against the background of the public discourse about the slowdown in high-tech hiring and the frequent news about startups closing down or downsizing, the announcement by Matrix, Israel's largest information technology company, about an acceleration in hiring and 1,300 open positions, is an optimistic breath of fresh air for the high-tech industry.

The new entrants to Matrix will be involved in some of the largest and most significant technological projects in the Israeli economy today, as the company is involved and is a significant player in the technological developments of all the important bodies and organizations in the Israeli economy, and among its clients are bodies and companies in the government, defense, high-tech, finance, health, transportation sectors and more .

Among other things, Matrix is ​​involved in the establishment of the CBS's information lake - an innovative database that is expected to dramatically improve the CBS's analysis and research capabilities, in the construction of Discount's smart campus - one of the first smart buildings in Israel, in the national drone project - which deals with the establishment of a national network of routes for drone traffic that can Transport small loads from anywhere to any place at any time.

What are the roles offered?

Candidates and candidates for jobs will be able to integrate into jobs that are suitable for all stages of the career, from the beginning of the professional path, through jobs that require experience at different levels to managerial jobs.

What are the jobs offered?

Matrix states that it is a large selection of jobs that combine different and diverse technologies and content areas: digital, big data, machine learning, cloud, IoT, cyber, augmented reality - in the sectors of finance and government, high-tech and education, health and security and more.

: "Matrix is ​​an old and stable company that has been in constant growth for over 20 years, and is constantly expanding the scope of its activities to new sectors and technological fields. We have

known periods of crisis in the economy over the years and thanks to responsible conduct and business flexibility, we have passed through them with great success, and even continued to grow. The tremendous technological acceleration during the Corona period catapulted the Israeli economy forward, and the technological developments we are involved in are an essential necessity for the continued proper functioning of various systems in the economy. Meanwhile, we see that there is still a rising and growing demand for technological services, especially in areas such as data, cloud, digital and cyber , and accordingly the demand for workers in these fields and other related fields also increases."

Elbez Harosh added: "At Matrix we operate in a technologically very diverse world, which can offer our employees many paths of development, learning and career advancement. Social diversity is also a prominent feature of the organizational culture at Matrix, and one of the factors that lead to the company's success.

For example, over 51% of our employees are women, and close to 40% of the company's senior management are women, an unusual phenomenon in high-tech companies, and we employ women and employees of all genders, sectors, religions and population groups. I invite everyone to look at our website and check the list of positions that we offer".

"Everyone in the room was silent. I explained to Steve Jobs that he was wrong. He was not used to being answered" | Israel today

Did you think there was a slowdown in high-tech? You should listen to the managers' expectations - voila! Of money 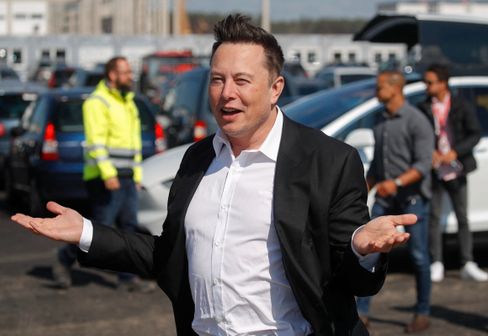 CEO talk: Is a stronger dollar worth more to Israeli high-tech? - Walla! Money

Outsiders: You can get to high-tech not only from Ramat Hasharon and 8200 - Walla! Of money