In an era where the majority of advertising budgets are in digital, one would have expected digital advertising stocks to soar, but in practice they suffered a much sharper decline than the leading indices showed

In an era where the majority of advertising budgets are in digital, one would have expected the shares of the digital advertising giants to fly higher, but in practice they suffered a much sharper decline than the leading indices showed.

Why does this happen, how do they extract details from us in order to optimize advertising - and why does the future belong to them after all?

Despite the restrictions they are trying to enforce on her, she and Facebook still dominate the advertising market (Photo: Unsplash)

Focusing on the personal to earn multiples: digital advertising companies will soon control two-thirds of the advertising content that the citizens of the greater world are exposed to, and are doing everything in their power to extract every bit of information from our private lives, in an attempt to make us open our wallets for the clients who advertise through them.

For several years, the role of "big brother" has been effectively fulfilled by the various internet and mobile giants, exposed to our most sensitive information, for example the one we keep in the search history in browsers or mobile phones, and exploiting this to increase profits - at our expense.

The Corona period only increased the number of users and further expanded their (already wide) range of possibilities, but at the same time there was also a global wave of protest regarding the invasion of privacy, a wave - which with the backlash from the regulator (although sometimes for its own reasons) endangers the future profits of the copy of the data collection giants.

The risk was not lost on the eyes of investors, who, together with the other declines experienced by technology stocks in the US, lowered the eight stocks of the most prominent digital advertising companies on the American stock exchanges by an average of 30.5% since the beginning of the year, and collectively lost over 1 trillion dollars for the same period.

The biggest declines in the field were mainly experienced by the American sharing and editing application Snapchat, which was traded at the beginning of the week (see table) on the Nasdaq stock exchange in the US at a value of about 16.7 billion dollars, after falling about 78% since the beginning of the year.

And Snapchat is really not alone: ​​another huge loss was recorded by the American holding company Meta (formerly Facebook), which, in addition to the social network, owns various applications such as Instagram and WhatsApp, and was also traded on the same stock exchange and during the same period of time worth about 449 billion dollars, after which has lost about 50% of its value since the beginning of the year.

Well, Snapchat continues to struggle in the face of ever-increasing competition, and Facebook has lost users, along with losses that are still looming over the metaverse field it decided to lead, which is struggling to rise, at least in the eyes of investors.

However, the field of digital advertising continues to grow and is already pushing out the undisputed queen that has taken its place in the center of our living room - the television.

The figures of the global advertising budget pie show that about 62% of them were directed towards digital, while only about 24% towards television advertising.

Pushing television into the desert of advertising budgets is not the only goal achieved by the tech revolutionaries, who already in 2021 led the scope of budgets in the digital advertising market to half a trillion dollars, and the estimates today are that it will pass the 1 trillion dollar threshold by the end of 2027.

Shares of the digital advertising giants (photo: Walla! system, no)

: "Traditional television is indeed losing its value, but it is too early to determine its death, as its 'sisters' such as connected television and smart television are quickly becoming the next growing market in regards to digital advertising.

The digital advertising market is built on Targeted and efficient advertising, which is mostly done automatically after the users have learned about the internet and mobile. But today, with smart and connected TVs, you can do exactly the same thing, and some of the companies currently operating in this market are Amazon, which is getting stronger in the field, and even Microsoft, which has started a collaboration with Netflix on the subject In

fact, this is a market that is undergoing a major revolution, with demand and sympathy from advertisers to advertise in it, since television is still the focus of the tribal edition, and through the smart and connected televisions it will now also be possible to actually measure the success of the advertising campaigns, which cannot be done with linear television.

The big losers are the traditional cable companies, while the various streaming companies such as Amazon TV, Apple TV, Disney Plus, Hulu, Roku, and others are the big gainers, whose trades also gain the support of investors on the stock exchanges.

However, the digital advertising market is still dominated by two main tech giants, Google and Facebook, which together with other companies in their field operate in a sort of closed software system (called a walled garden) where the service providers have control over the applications and content, along with the possibility of limiting access to the content or any other activity that is not Happy with them.

The two are indeed dominant, but no longer undisputed, with the entry of many more small players into the market through new content and conversation services, such as Twitter and Snapchat, which have increased the digital advertising market on the one hand, but also compete with Google and Meta for advertisers' expenses on the other hand."

While the old platforms such as the cable and satellite companies are losing ground, the streaming platforms are getting stronger (Photo: ShutterStock)

But even though we have become accustomed to the fact that most of the trends in our world go astray from the countries of the West towards the East, Ben Hanania also points to an opposite trend: "The competition, however, does not come only from the direction of American tech companies, but also from the East, such as Tik Tok, which in the last two years has become one of the strongest competitors on digital advertising budgets, and has overtaken many of the American companies.

Alongside the giant from the East, there is currently another company operating that has become a threat to the hegemony of the market called the American Trade Desk, which operates without a closed system, and challenges the companies through an open system based on the open Internet, which allows targeting of advertising without surveillance, and thus becomes an alternative that competes with the mentioned giants.

Although it seems that this is just another company that operates in the digital advertising market, and that this does not really interfere with the giants that continue to grow, in practice it is a distortion of the market, which reduces the ownership of the space, and thus also drags the prices down.

And De Trade Desk makes it possible, and with cheaper fees, and this trickles down to advertisers.

In addition, it must be remembered that the topic of privacy intrusion caught these companies unprepared, and today, after Apple, for example, created an update in which it informs every user who accesses any application in its store that he is being monitored and asks him to confirm this, most digital advertising companies have run into a problem because Their advantage was in the information they collected about the users, and the advertising focus they created as a result of it.

The problem is that today the consumers have to give permission for this surveillance, and the data show that the consent is not comprehensive, to say the least, and a significant part of the budgets have therefore moved to the open internet.

A significant part of the well-known brands have become very sensitive to the issue in light of the regulation that has developed regarding the need to maintain user privacy on the one hand, alongside the consumer's demand not to allow this on the other hand.

Those brands realized that they could not afford to allow tracking, so some of them preferred to transfer their advertising budgets to the open internet, and today dozens of digital advertising companies operate in this space, including several Israeli companies, such as Tabula and Outbrain.

Facebook, for example, stated that due to these changes in the privacy policy that are required today, it will deduct approximately 10 billion dollars from its revenues for 2022.

To this must be added the difficulties of the supply chain, whose impact on advertising budgets is also significant, since a number of advertisers in the automotive sector, for example, are also reducing their budgets because simply They have no goods to sell."

The digital advertising market is undergoing many upheavals and revolutions, but its direction is clear - an advertisement prepared especially for us will try to fight for what is in our (digital) wallet, and will continue to lead the world of tomorrow's purchases. 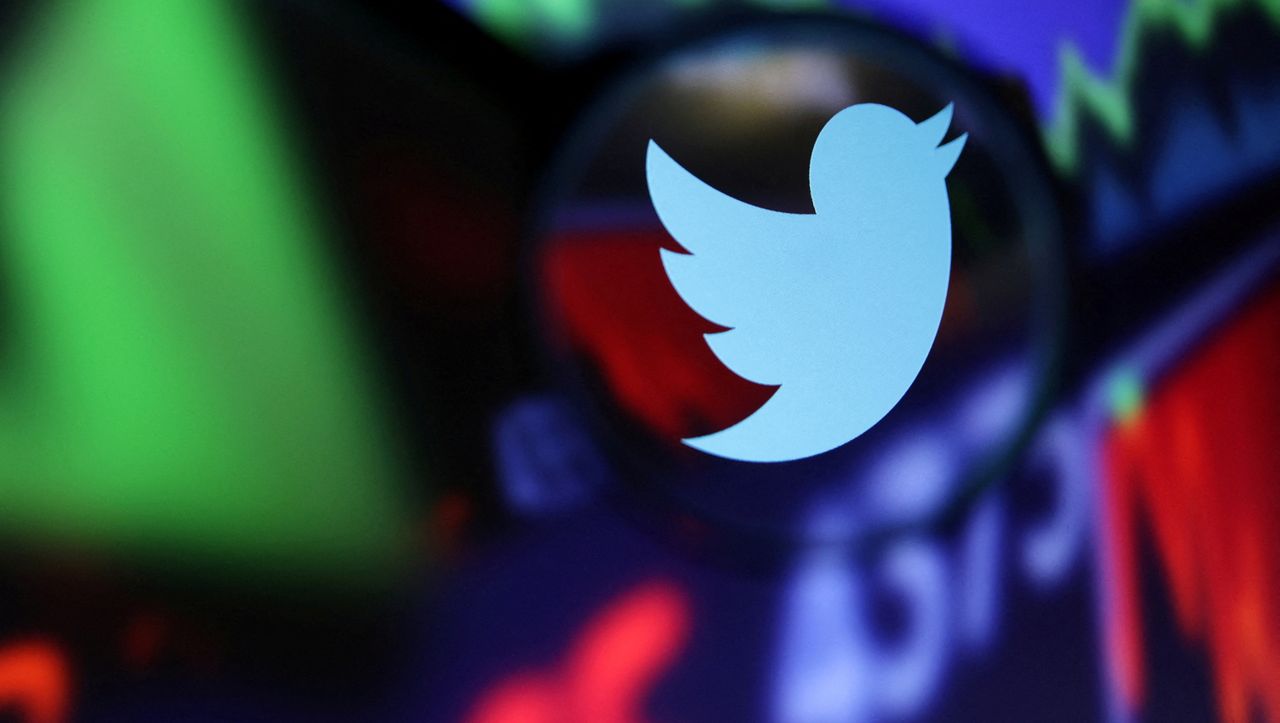 Woidke calls for reversal of the debt brake

Family business: got a license to start the revolution - voila! Of money 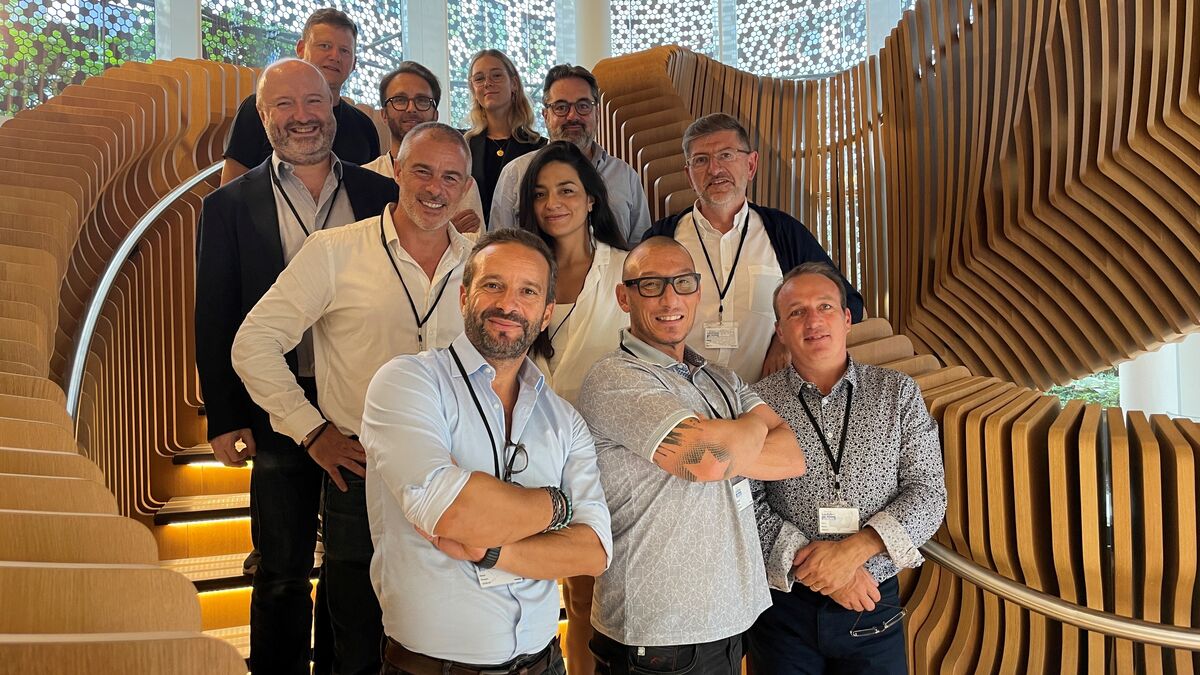 Start-ups: a second promotion settles in the Parisian 10G accelerator