The people with the GBN: where will we find the cheapest deli cheeses? - Voila! Money

The delicacies inside the supermarkets reflect on our shopping experience much more than a direct share in the profits. In which chain will we find the most profitable "delicacies"?

The people with the GBN: where will we find the cheapest deli cheeses?

The delicatessens inside the supermarkets, which mainly sell cheeses and sausages, reflect on our shopping experience much more than a direct share of the supermarkets' profits.

Why does this happen and in which chain will we find the most profitable "delicacies"?

A stall at the La Boqueria market in Barcelona, ​​which has become a tourist attraction.

In the last decade, the global food market shows a clear trend of enhancing the shopping experience through specialized and dedicated stores where the service is more personal and less alienating, points of sale with connotations to nature and agricultural culture, and more.

All of these can be found in permanent centers (stores or "store within a store" or occasional "farmer's market" stands of various kinds all over Europe and in recent years also in Israel).

Delicatessens for the purchase of various products: cheeses, honey, pastries and more - most of them are sold by weight, in positions that are also in the traditional supermarket, in the past presented a significant price difference from the "regular" shelf products.

But in recent years something has changed.

It is not only the yellow cheese that we have already learned that it is better to consume "by weight" from the delicatessen, but also other products.

We will also find these centers functioning as tourist monuments, such as attractions such as San Miguel Market in Madrid (a delicious tourist trap in a city that has at least 3 other markets that true culinary enthusiasts will find interesting) and other places in Barcelona, ​​Rome, Time Out Market in Lisbon - and other attractions designed For tourists, with an emphasis on the USA and the UK, who feel that they are having an authentic culinary experience.

The local market has also improved.

In the 1980s we saw delis mainly in the urban markets or in established and relatively remote suburbs, the immigration from the countries of the former Soviet Union introduced us to a new breed of delis, with an emphasis on meat (and usually not kosher).

, grew into an empire of supermarkets. Perhaps the non-kosher market in Israel is limited, but the influence of Tiv Taam on its competitors is somewhat difficult to exaggerate: for fear of losing customers for whom the shopping experience is even more important than the kosher seal, it seems that today it is impossible to enter a supermarket without having an occupied area designated for a deli that caters to the gourmet section More among the customers.Corona

has had an opposite effect on the delicatessen sector

: On the one hand, our culinary awareness expanded and became more professional, which was supposed to accelerate sales in delicatessens.

In fact, the closures forced them to slow down: when you don't physically visit the supermarket, but consume online, you buy less delicatessen products - special cheeses, sausages, pickles and of course - fresh baked goods.

And despite this, with the return to the shopping routine and even though some of us got used to consuming through the online platforms, we discovered that the sales in the delicatessens went back up: the people with the Gbantz.

Not only abroad, but also in Israel the deli market is divided into several different sales channels, delis in the urban markets (or the new ones such as Sharona Market and the North Market and the culinary experiences that occupy stalls - from Mahane Yehuda Market to the Carmel Market, Hatikva, Ramla and more), the independent delis in shopping malls and stores the street (from specialized butcher shops, boutique stores for fresh fish and pickled fish delicacies to cheese boutiques) to delicatessens located within the retail chains - when even those that try to convey cheap and simple, such as Rami Levy and Victory, have delicatessens inside the supermarkets.

The cheeses that make up our shopping basket (photo: Daniel Malachovski)

What happened to the supermarket when they tried to eliminate the delicatessen?

In the past we have carried out several studies in order to study the power of delicatessens in the marketing chains and to learn what is the main reason for purchasing in a delicatessen, is it the price, the variety or the service?

In all the studies, the price parameter is in the list of the last influencers, when the close competition is between variety and service.

When you check the sales of cheese delicacies in the marketing chains, you clearly recognize the Pareto law that less than 20% of the items represent more than 80% of the volume of sales, one of the monitored products that received approval for price increases in recent weeks is Tnuva's valley cheese, the classic yellow cheese and the basic yellow cheese products that compete starting from From the private brands of Rami Levy and Shufersal, to Noam of the Terra company and the discounted solution of the Euro dairies of the Willifood company, which occupies a significant market share in a market that until recently was completely rigid and concentrated has begun to open up to new brands and flavors, despite Tnuva's control.

, explains: "Part of the Israeli customer's shopping experience is to find some of the delicacies he was exposed to on a trip to Europe, also in the local supermarket - and at a price that would be fair and competitive. This is one of the goals Willipod set and achieved."

By the way, Tnuva also dominates the hard white cheeses, such as Tzfatit, Bulgarian, Feta and more - which are the second strongest category in the cheese deli.

Studies we conducted in the past indicated that most of the sales and income in the cheese delicatessens came from products that are available in the packaged cheese refrigerator, and mainly from yellow and Bulgarian cheeses that Tanuva, Gad, Vilipod and Tara know how to supply off the shelf as well.

This finding raises the importance of employees who provide skilled service (and usually earn more), packaging materials, dealing with expiration dates that come out of stock, and more.

These are the reasons why the profit margin on the delicatessen products is relatively low, compared to the rest of the store's products that do not require personal attention, but - and this is a big "but": when retail chains tried to eliminate the delicatessens in their field, they discovered that perhaps the delicatessens are responsible for only 2% of sales, But their closure caused a 4% drop in sales volume.

The reason for this is that the customers who are loyal to buying in delicatessens (whether in terms of products or in terms of consumption habits and service) simply switched to another retail chain that provides them with both off-the-shelf products and the services of the deli.

The author, Dr. Hazi Gur Mizrahi, is the CEO of the Retail Research Institute.

The people with the GBN: where will we find the cheapest deli cheeses? - Voila! Money

Procrastinators? Get the list of delicacies worth buying at the last minute Israel today

The delicatessen where you will find everything: "We have a crazy variety of products" - voila! small businesses

Weeks 2022: Where will you find the cheapest holiday shopping basket? - Walla! Of money

Bulgarian and Safed for NIS 1.90: Are the rumors about the crazy operation true? - Walla! Money

A shopping trip with the face for Shavuot: Where did we find the cheapest basket? - Walla! Of money

For the milk: Get to know the dairies that await us on Shavuot - Walla! Of money 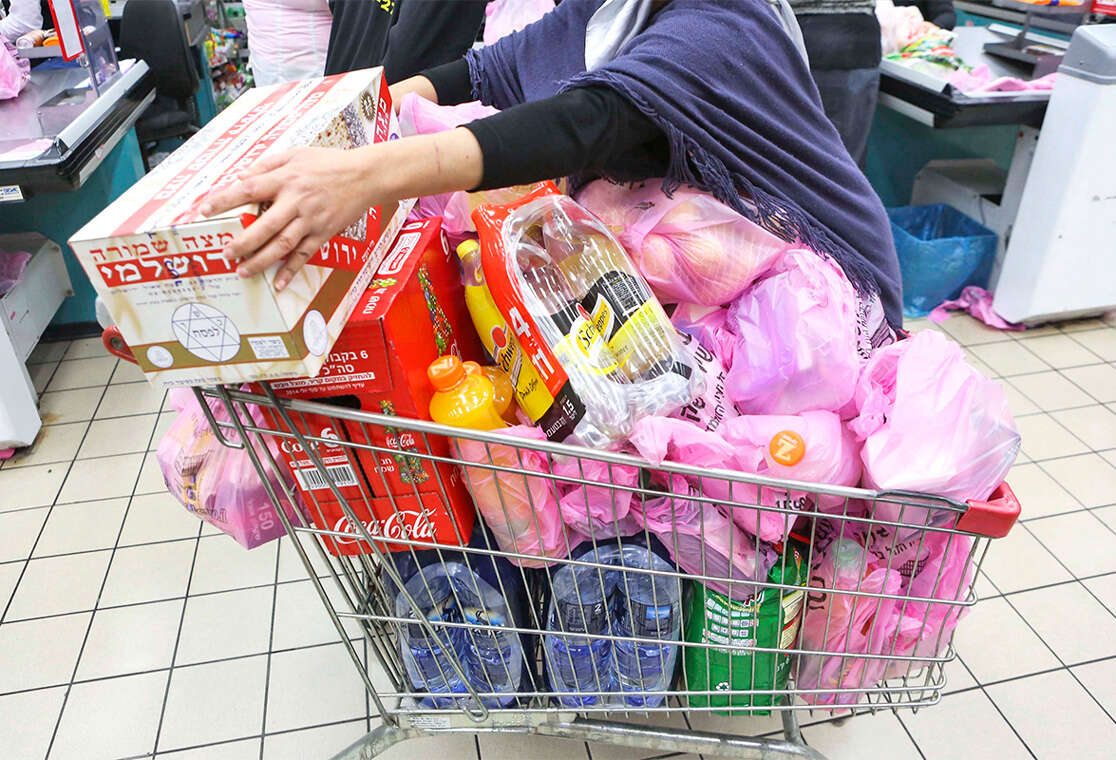 Dates for consumption: where is the cheapest shopping basket for the holiday? | Israel today