The point: the most intriguing NFT project you don't know about - voila! Of money

A year ago (August 2021) they launched Nouns DAO with a simple concept to anger: every day a different pixelated image of glasses is auctioned

The point: the most intriguing NFT project you don't know about

A year ago (August 2021) Nouns DAO launched with an outrageously simple concept: every day a different pixelated image of glasses is auctioned off.

So far, over 34 million dollars have been raised, and the hand is still tipped

In the strange world we live in, there are phenomena that are really hard to explain.

One of them is the Nouns NFT project;

A year ago (August 2021) Nouns DAO launched with an infuriatingly simple concept: a different pixelated image of glasses is auctioned off every day, with the creations being randomly generated by an algorithm each day.

The highest winning bid for that day wins, and moves on to the next sale.

However, what is amazing about the project is the price: every day, the winning bid does not drop below 70 Ether, which as of today is $117,880.

That is, every day there is a sale of pixelated glasses for at least one hundred thousand dollars.

So far they have raised over 34 million dollars, and the hand is still tipped.

How did they do it?

What is special about Nouns?

For those who don't know, crypto projects are often organized in decentralized autonomous organizations (DAO for short).

According to the policy of Nouns, apart from a certain percentage that goes to the original creators, the entire amount of the sale goes back to the DAO itself, and is for the use of the DAO.

Also, everyone who owns the work gets a proportional right to vote in the decision-making process in the DAO (ie, as time passes, the relative share of each holder decreases).

The money raised funds things for the benefit of the community, such as Nouns comics, a Nouns themed clothing collection and other products.

Since a lot of money is being generated there, there are already thoughts about producing a film, similar to other NFT projects that are also being investigated.

Whoever purchases a work within the project, is the "physical" holder of the work on the blockchain.

However, he does not own the intellectual property in the work.

Because at Nouns they did something quite revolutionary in this field: a creation created within the project, they are not owned by anyone.

Every work is CC0, meaning "no rights reserved".

Anyone can take Nouns' photos, and do whatever they want with them.

And people take advantage of this: there are those who produce Nouns clothing and merchandise, without owning the work in the project or being connected to it in one way or another, and there are also countless works derived from the project that have themselves generated millions of dollars in sales.

Nouns glasses even appeared in a Bud Light commercial at the last Super Bowl, and Nouns didn't get paid for it.

But Nouns just don't care: they're focused on the blockchain.

One of the creators of the project, Punk 4156, said in an interview "There is simply no need for copyright anymore... We will make the original works important and valuable".

That is to say, like Van Gogh's Starry Night (long live the difference yes?) is a universally recognized work, but only the original itself is worth an infinite amount of money, so the goal of Nouns is to generate value only for the imprinted works themselves.

Unlike almost every NFT collection, Nouns was not artificially scarce.

They allegedly did not agree to participate in this game.

Apparently, unlike all those collections, there shouldn't be a shortage of works, because every day a new work is created.

In practice, the production rate of the works is higher than the demand created for them: many buyers are impatiently waiting for the new sale, to see which work will be created by the algorithm.

This method created in the potential buyers a longing for creation, and created great value for pixelated images of glasses.

If we sum up, if even in today's bear market, they manage to sell a new creation every day for over one hundred thousand dollars, this is a good indication of the power of the crypto market to recover and build itself years ahead.

The point: the most intriguing NFT project you don't know about - voila! Of money

We are on the map: Israeli brands that have imprinted their own NFT - Walla! Of money 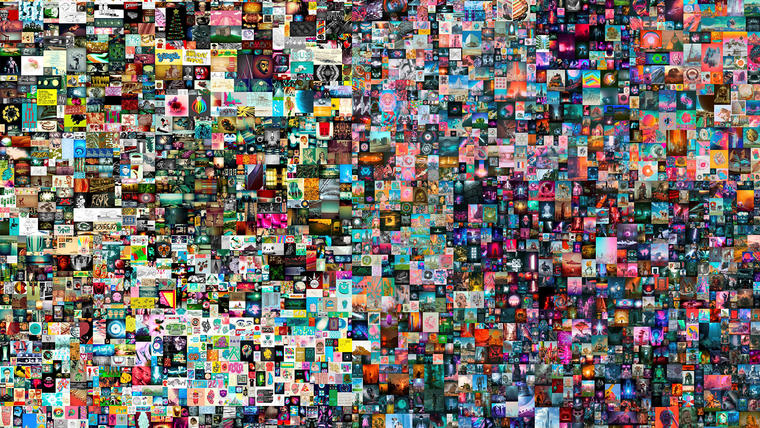 Celebrities and 'influencers' encourage their followers to invest in NFT. Many are already broke

The Guide to NFT: It's All About Investing in the World - Walla! Of money

NFT: Who will wake up the bored monkeys? - Walla! Of money

The NFT breakthrough goes through the legal world - Walla! Of money