Baptiste Morizot: "My hand is forest"

The philosopher, writer and wolf tracker continues his inexhaustible dialogue with nature and publishes S'enforester, the story of his immersion in the heart of the primary forest of Bialowieza. 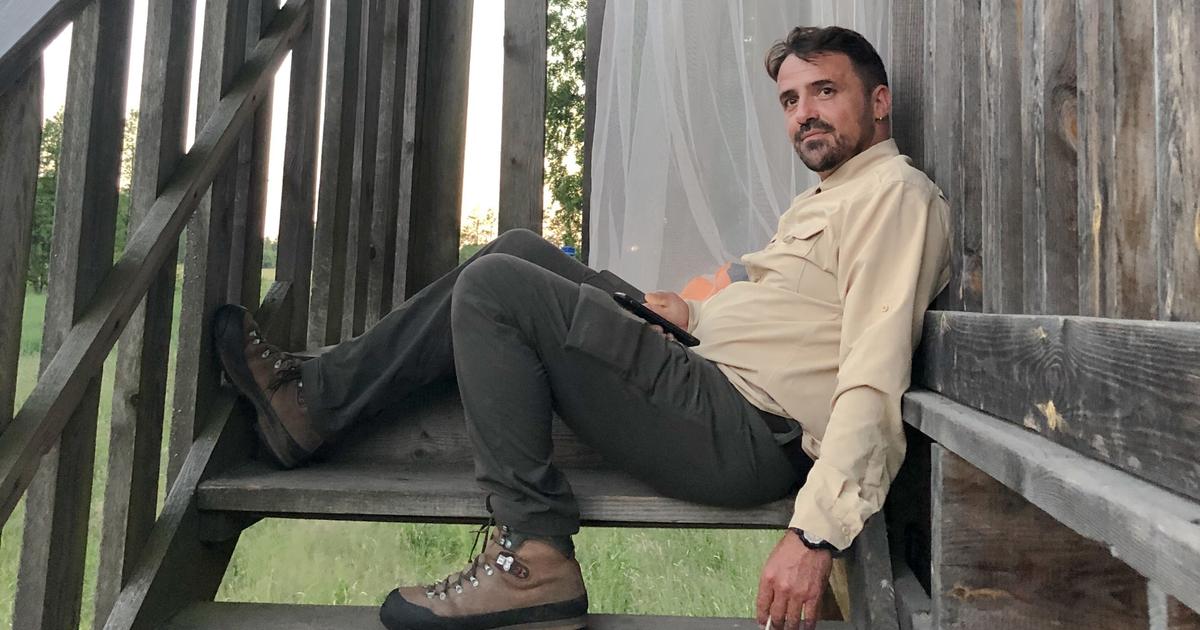 He is one of the rare French philosophers, specializing in our relationship to non-human living beings, to put his thought into action.

Tracker of wolves, "diplomat" between them and the shepherds, Baptiste Morizot immersed himself for several months in the last primary forest in Europe, in Poland, the "mystical" forest of Bialowieza.

His story, illustrated with photos by Andrea Olga Mantovani, is an essential reminder of our immemorial link to forests.

Urgent, as these burned all summer in France...

In video, ecology: the golden rules to go to zero waste

– How did you feel in the Polish forest of Bialowieza, this “relic forest” of the European temperate primary forest of ten thousand years ago?

– It is a mythical forest whose name circulates in naturalist circles.

I had expectations, the cathedral oaks and the free bison, but what interested me even more was the story of this struggle in which, in 2017, the activists on the ground joined forces with the lawyers of the European Court of Justice to prevent the cuts in this forest, putting the Polish government to the fine: 100,000 euros per day until the total stop of the harvesters.

Read alsoEstelle Zhong Mengual, art historian: "The body of plants has helped to emancipate the body of women"

The Bialowieza Forest is a cosmos bigger than us, you write, a moving forest because it is extraordinarily old.

Which should not be confused with a virgin forest?

In Europe, historically, the forest massifs arrived after humans, so that there is no virgin forest.

Mature forest stages, with dead wood on the ground and very old standing trees, are absent from most European forests due to overexploitation, except in Bialowieza: it is a primary forest which, although surveyed for millennia by humans, remains this multi-species, multi-ages, multi-states of life and death environment that has constituted the temperate forest since it was deployed there more than ten thousand years ago.

Besides, what is a forest?

The forest is a living community that has erected a rich and mobile architecture over the long term, made up of habitats at all levels, from the canopy to the alliances between roots and fungi.

It is a cosmopolitan haven, weaving together thousands of species that are all living memories of the past destined to live together.

The forest is reactive, it is capable of transforming its environment, by summoning the rain above it, by regulating the climate within it... It is this slow motionless metamorphosis that is called a forest.

The forest is a cosmopolitan haven, weaving together thousands of species that are all living memories of the past destined to live together

Does the apology of sylvotherapy (well-being thanks to forest baths) give you hives?

Yes, a little, but I recently became interested in

the Japanese tradition of "forest bathing", the originality of which is to have scientifically documented the effects on the participants.

There is such a culture of healing powers of forest walking there that they have dedicated research teams.

I just note a scientific discovery of these studies: when you enter the forest with too high blood pressure, at the end of the "bath", your blood pressure has returned to normal.

It seems like common sense: you get the calming effect of walking outside compared to hectic city life.

But, when you enter the forest with a tension that is too low this time, at the end of the immersion, the latter has risen to a good level.

Here it is more intriguing.

From their investigation on the border of Poland and Belarus was born a book,

Why is it important to talk about it?

The forest is the perfect place to change relationships with the living.

The lowland temperate forest is a powerful experience of what it is to live immersed in an environment.

The impossibility of gaining height, of having overhanging viewpoints, of dominating the gaze, as we do elsewhere in the mountains, in skyscrapers, means that in the forest we are always inside – never before.

Living woven, if I may say so, connected by attention, wonder, gratitude to insects, birds, mushrooms, mosses is here an inextricable condition: surrounded by living from humus to foliage.

But these living beings, the trees, animals, mosses, mushrooms, are not just extras on the set, they are the active architects of this cosmos, albeit without intention: the makers of

You write “my hand is forest”.

What does it mean ?

That the human hand, with that characteristic opposable thumb, is a millionaire heritage, in years, of life in the trees, in the trees and in the forests.

The hand, the branch, inseparable.

Having the forest in the body is a cohabitation between ancestors!

Similarly, each square tree is an orphan tree, an echo of the primary European forest where we lived more than ten thousand years ago.

The forest is the environment par excellence that reminds us of our condition as inhabitants of the Earth: we humans are not responsible for the habitability of this world – but it is the biosphere, as living architecture older than us, that makes the Earth habitable.

It is a world from which we are destined to reap the riches by negotiating modus vivendi.

Without exceeding its own regeneration capacities.

This is why the forest concerns us all.

Understanding it is a journey to imagine another vision of the world, and of our relationships to it.

Each square tree is an orphan tree, an echo of the primary European forest where we lived more than ten thousand years ago.

You quote a Polish activist, Adam Wajrak, who says “maybe wood is renewable, but forests are not”.

Everyone should feel concerned by the future of forests?

Yes, and everyone can mobilize to have their say.

I am sometimes told: "But I live in town, I have no forest around me!"

My answer is that while not all humans have a forest nearby, all forests do have humans nearby.

And it is they who need us to mobilize to understand them, to defend them against overexploitation, to imagine their future intelligently after a fire like those which ravaged the forests of the Landes, when it is necessary to replant native forests or to allow spontaneous sowing.

For this, a sylvan literacy is needed.

The Canopée association is doing excellent work in this regard with citizens who want to get involved in a concrete way.

As we learn to read and count, we must learn to distinguish a forest from a wood factory?

Beyond the wonder felt in the forest, is there a political issue?

As Romanian activists say: “We have never had so many trees in Europe, and never so few forests.”

From then on, we can discuss what we want for the future of the forests, what proportions should be exploited, which forests can be harvested, which forests can be inhabited, and which deserve to be left in free evolution - but only when the eye collective will know how to distinguish a real forest from a plantation as easily as a circle from a square.

When everyone feels that they are concerned by the fate of the forest next door.

This is why we need a culture of the living: because it makes possible a pluralist ecological democracy with its dissensions and its balance of power.

Baptiste Morizot: "My hand is forest" 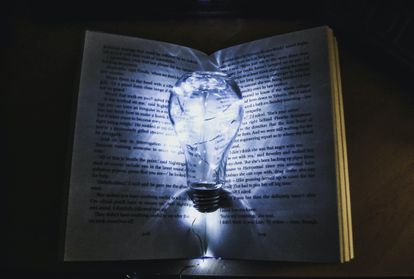 A wave of books for the heat 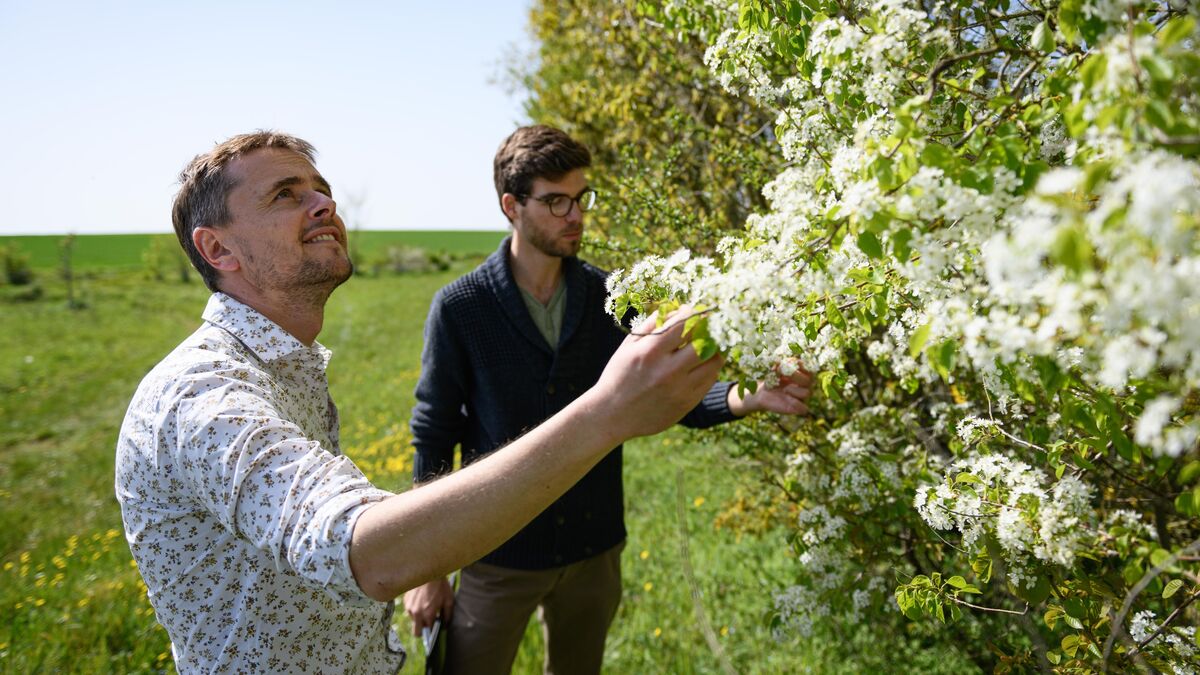 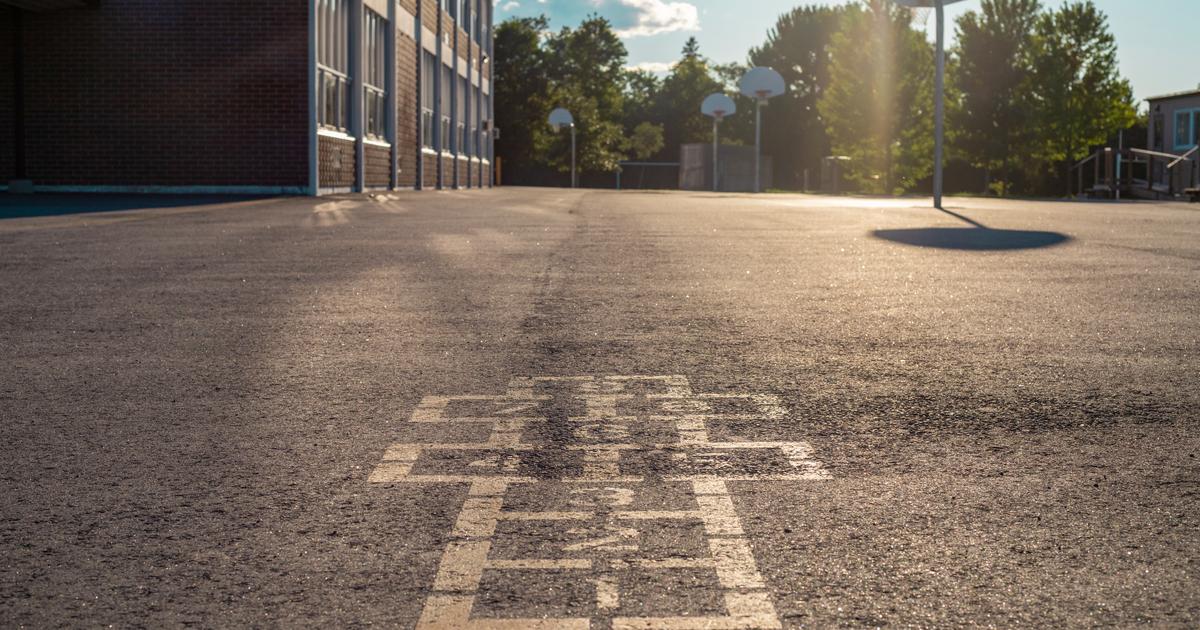 Haut-Rhin: a teacher threatened after having discussed the caricatures of Muhammad in class 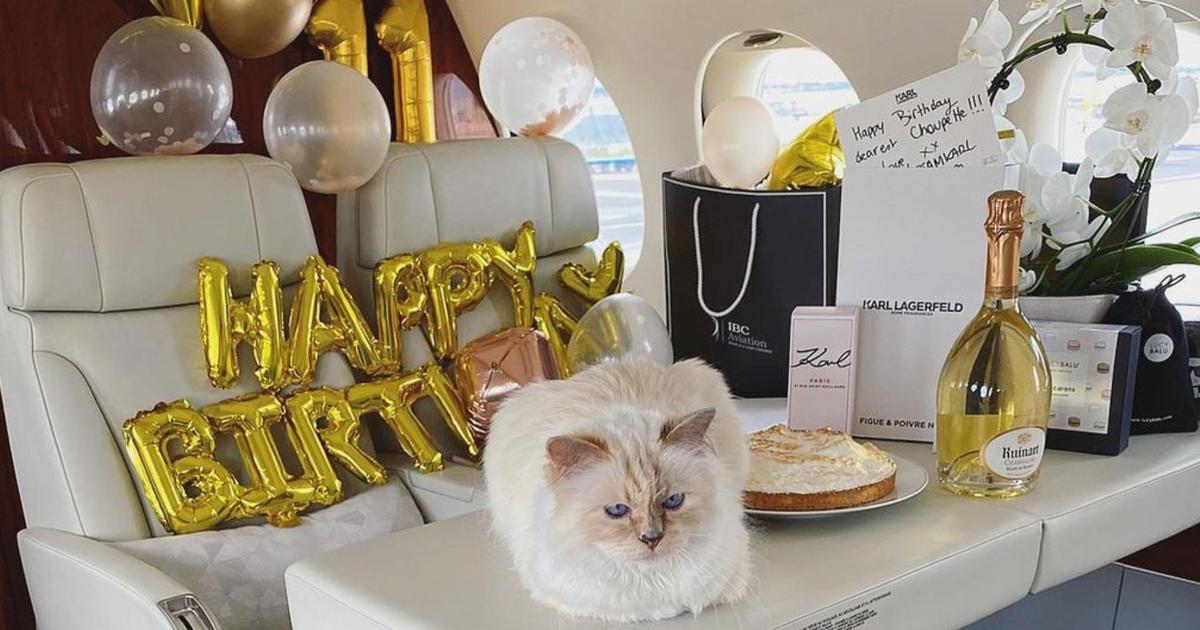 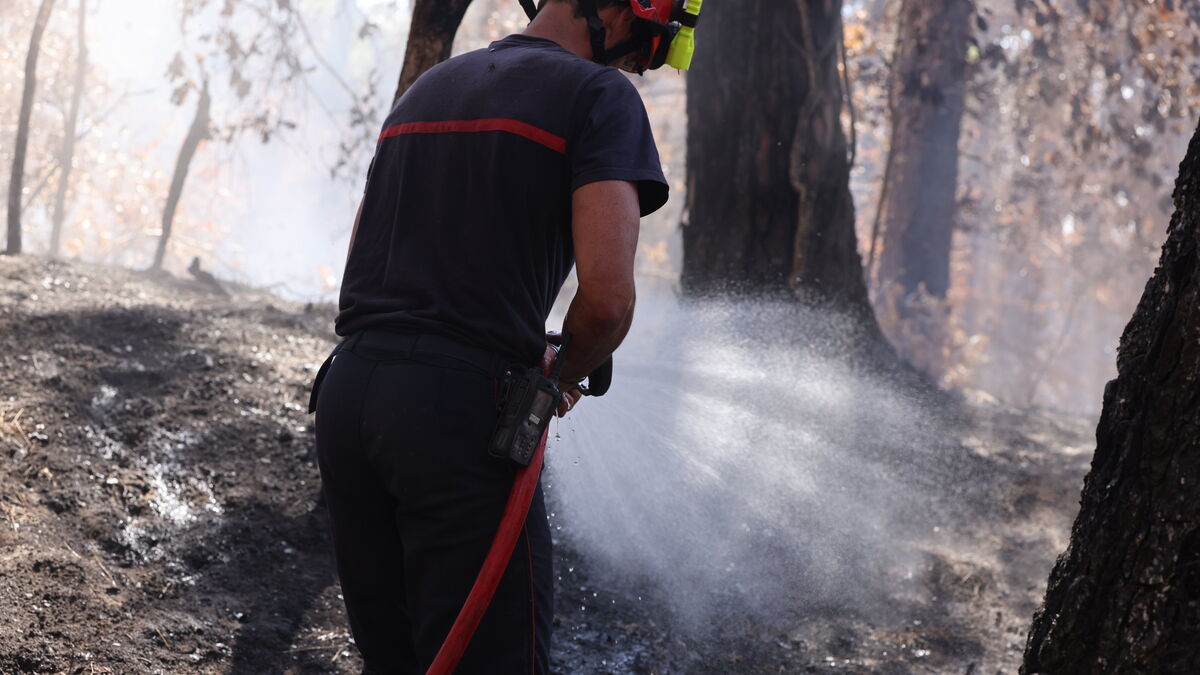 In La Teste, firefighters fight against daily fire outbreaks: "If only it were raining..." Dinah's suicide: the prosecution closes the investigation for school harassment without further action 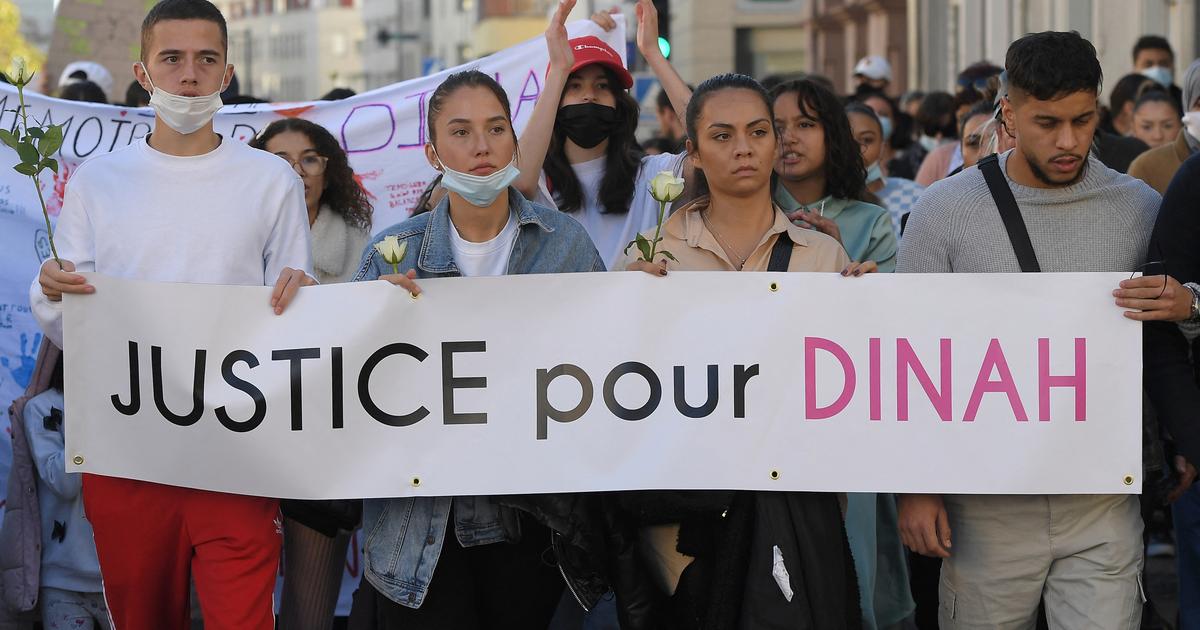 Suicide of Dinah, victim of harassment according to her family: the case closed without further action

Did the prices in the supermarket go up at the beginning of November? Depends on who you ask - voila! Of money Food prices: according to a Bercy report, everyone is playing the game to absorb inflation 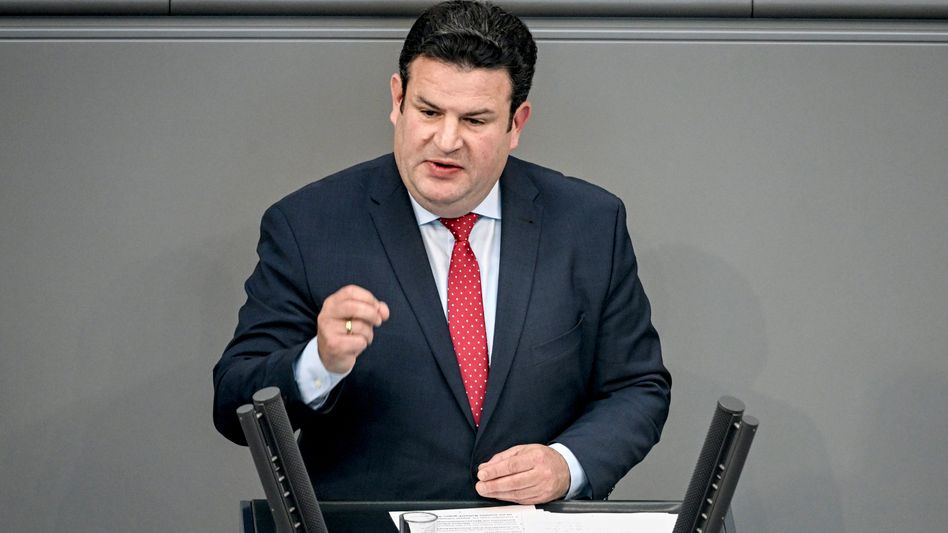 According to a media report, pensions in Germany are set to rise in 2023 Germany announces a decrease in its gas reserves 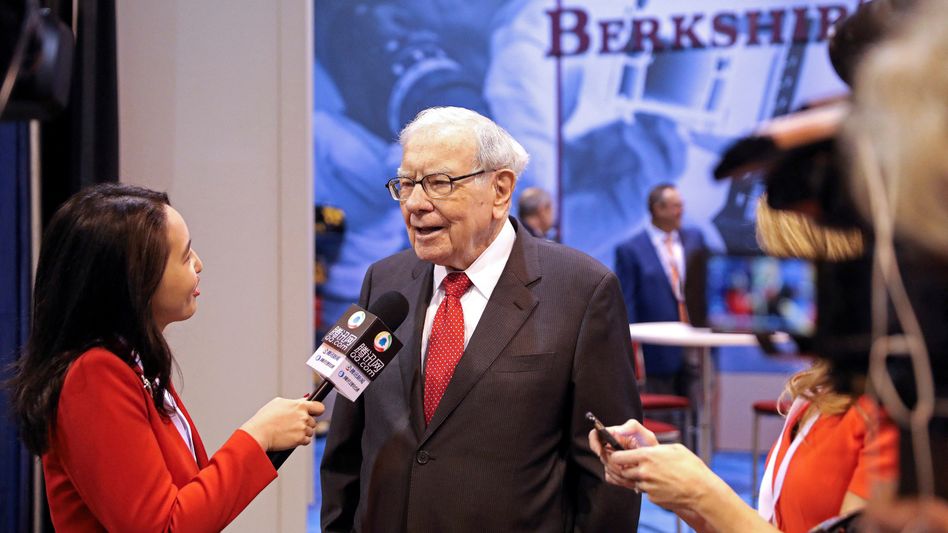 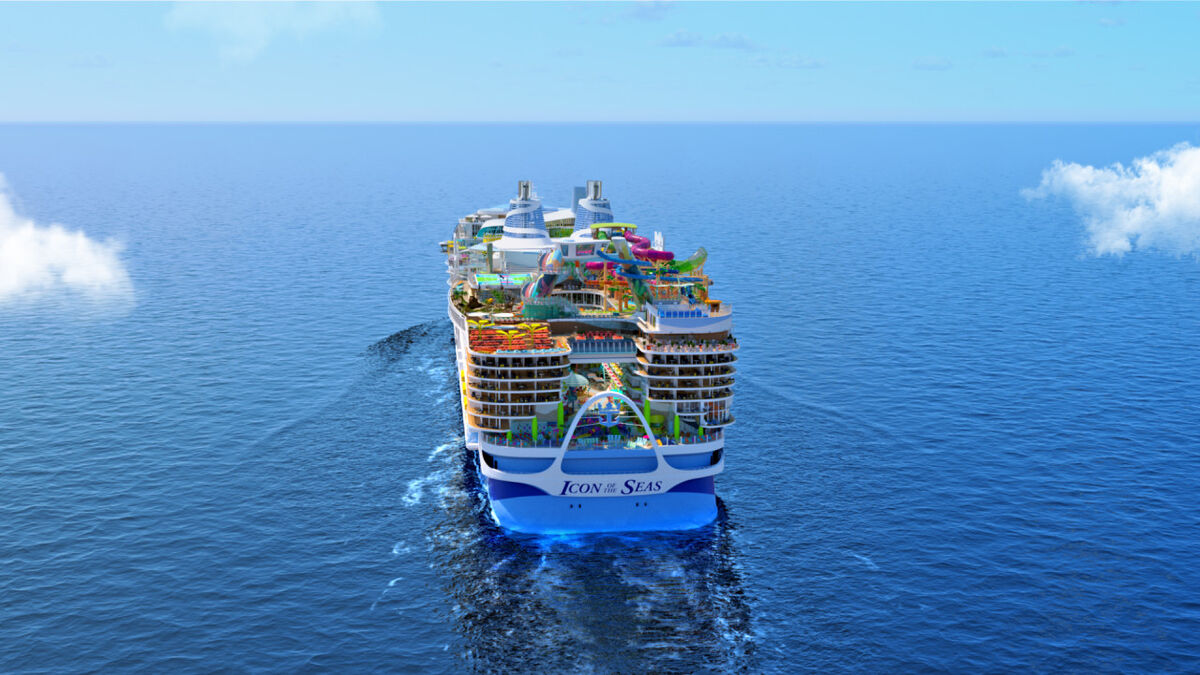 "Icon of the Seas": the largest liner in the world already sold out, a ticket sold for 94,000 dollars

War in Ukraine: Kherson without electricity or water after a Ukrainian strike, according to the Russian occupation forces
2022-11-06T13:37:06.901Z