The gifts for the holidays that we receive, which have become a source of hidden competition between large employers, are taxable wages for all intents and purposes. Inside every gift is hidden a taxable component, which is deducted from our net

A gift for the holiday: the gift that never stops giving, but not to us but to the country

The gifts for the holidays that we receive, which have become a source of hidden competition between large employers, are taxable wages for all intents and purposes.

Inside every gift is hidden a taxable component, which is deducted from our net and enriches the state coffers.

As usual, the big committees

Shai for the holiday: do you win?

The hidden price of holiday gifts from workplaces: employees are not always aware that the mixer or vacuum cleaner they received is a gift within a gift - for the state.

A gift estimated for her at tens to hundreds of millions of shekels a year.

This is because the income tax credits the value of the gift they received from their workplace as an addition to their income to the employees' obligation, and collects taxes on it.

Each of the gifts that entered our house, from one third to more than half of its cost goes to the state coffers, depending on the value of the gift and the salary of the employee receiving it (see table).

So for example, if an employee earns about NIS 15,000 gross per month, he will have to pay NIS 129 for every gift worth NIS 300 that he received from the employer.

This is because on that NIS 300 you will have to pay 31% income tax along with an additional 12% health and social insurance tax.

Employees who earn a monthly salary ranging from NIS 42.9 thousand to about NIS 45 thousand, will already pay NIS 177 for the same gift, which represents 59% income tax, health and national insurance.

Adv. Nava Hans, an expert in the field of tax offenses and money laundering and formerly director of Central District Claims at the Tax Authority

, explained to Walla! Money that "the value of each of the gifts purchased by the employer, and recorded on the same tax invoice he received, is translated into the value at which the income tax credits the gift to the employee's duty.

Or in other words, the amount that translates as an addition to the employee's income.

Did you get a mixer from work?

The state will not give up its share of the pie (Photo: ShutterStock)

The trick of the big committees

For example, if an employee received a mixer bought by the employer for NIS 300 for the employee, the same NIS 300 will be added to the latter's salary.

Given that the gross monthly salary of the employee at the time of receiving the gift is NIS 12,000, then for the benefit of offsetting against the income tax, his salary will increase to NIS 12,300.

The employees, even if they are not aware of it, pay taxes on every benefit they receive from their workplace, and in this context also for the gifts they received and will receive during the holidays.

In this context, it is worthwhile for the state to encourage employers to distribute gifts during the holidays.

However, the situation is not the same for all employees.

The value of the gift received by employees represented by a strong employees' committee, the manager in the companies where he maintains the purchase and distribution of the gifts, is not credited to the employees' obligation.

This is because the workers' committee is a non-profit operating within the organization, and its purchase of all the gifts is done with a global amount that cannot be "colored" and belong to a specific employee or generally as a use for the benefit of the employees. This is because the committee collects from the employee a kind of "tax" that the latter secretes with every new one, and for which taxes are paid .

Defeat the pain without fear: B-Cure laser in an unprecedented experience sale

And what about vouchers?

This is even intensified when it comes to purchase vouchers, which are purchased at a discount and give the employees who are members of the committee the full amount of the purchase tax-free.

In this context, workers who are not unionized under a strong union have a sort of quarter of consolation, since when they receive promissory notes instead of objects, they pay tax only on the payment that the employer actually paid for the promissory notes, and not on the value of the note.

In addition, gifts that employees receive up to a value of NIS 220 (as of 2022) on the occasion of family or personal events such as marriage, the birth of children, bar or bat mitzvah, etc., are not subject to tax, and on the other hand entitle the employer as an expense.

That is, the latter offsets the income he created and hence the cost of the gift is offset for him.

Giving gifts during the holidays is profitable for the state.

But what about the employees?

In a short survey conducted by Walla!

Money found that even after slightly ruining the experience of receiving a gift from the employer with thoughts about taxes, the employees who were asked still thought that there was value in receiving a gift - even after paying the tax on the garden, with a discount and it is, in their view, a "worthwhile gift".

In addition to the income tax, our holiday gifts also finance the social security fund and health tax.

: "Our income is also subject to health tax and national insurance, which amount to about 12%, and for those with a monthly salary of up to NIS 6331, this increase amounts to about 3.5%.

These taxes are added to the payment of the income tax paid by the employees for any benefit they received from the employers, increasing its cost."

Just reminding that the payment of social insurance has a ceiling up to the amount of the possible insurance, and therefore there are those who are exempt from paying the 12% on the gifts - those with the highest salaries. Because the national insurance and health tax payment ceiling currently stands at a monthly salary of NIS 45,075.

And what about the employers?

CPA Koffman: "Employers' spending on gifts and events for employees is a real necessity, and recognized as an expense for them.

Most employers in the new industries, as well as in the old industries, are currently fighting for a skilled and high-quality workforce, and employee retention has become a reality.

The benefits distributed before, during and after the recruitment of the employees became a small part of the total benefits required from them in this matter.

But not all benefits require the employees to pay tax or the employers to lose it.

Giving out flowers on Women's Day, for example, is not necessarily considered a benefit to an employee that requires the latter to pay tax for the flower, bouquet, vase or candy she received.

For the employer, however, this is recognized as an expense and therefore exempts the corresponding part of the income from paying tax.

In this there is a certain degree of assistance from the state for the benefit of the employers, so that they can continue to accelerate their activities on the one hand, and the state's economy will have the opportunity to grow and increase its coffers in the future on the other hand.

Dan drivers sign a salary update agreement, sponsored by the Histadrut, 3 months ago.

Their new uniforms 62 years ago were the test case for the issue (photo: Histadrut spokespeople)

And how did it all start?

Koffman: "The understanding of this is inherent in the law that relies on a ruling from the end of 1960 concerning the summer and winter clothing of the drivers of the Dan Transportation Company; the Tax Authority found that the clothing purchased by the company for its drivers served the employees and not the company, and therefore did not recognize this expense for tax purposes.

The company, for its part, claimed Exactly the opposite, and the case was brought before a panel of 3 judges in the Supreme Court, which ruled as a complete one and divided the lawsuit into two: on the one hand, it accepted the position of the company and on the other hand, the position of the Tax Authority.

The panel determined that due to the lack of special features for the winter clothes purchased, such as uniforms, and in light of the employees' ability to wear them Even outside of working hours, they must be recognized for the benefit of the employee. The nature of the summer clothes, however, was found by the composition in the other pendulum direction and these were recognized as an expense intended to benefit the employer.

A tax on gifts may be annoying, but the authority did not invent it, nor does it pursue employees for not paying gift taxes.

The employers are obliged to report, and the Authority, for the most part, trusts them and investigates in depth only when special anomalies are discovered."

What holiday gift certificates do we buy - and how much do we invest? - Walla! Of money

The professional's trick for a holiday gift invested with minimal effort - voila! Home and design 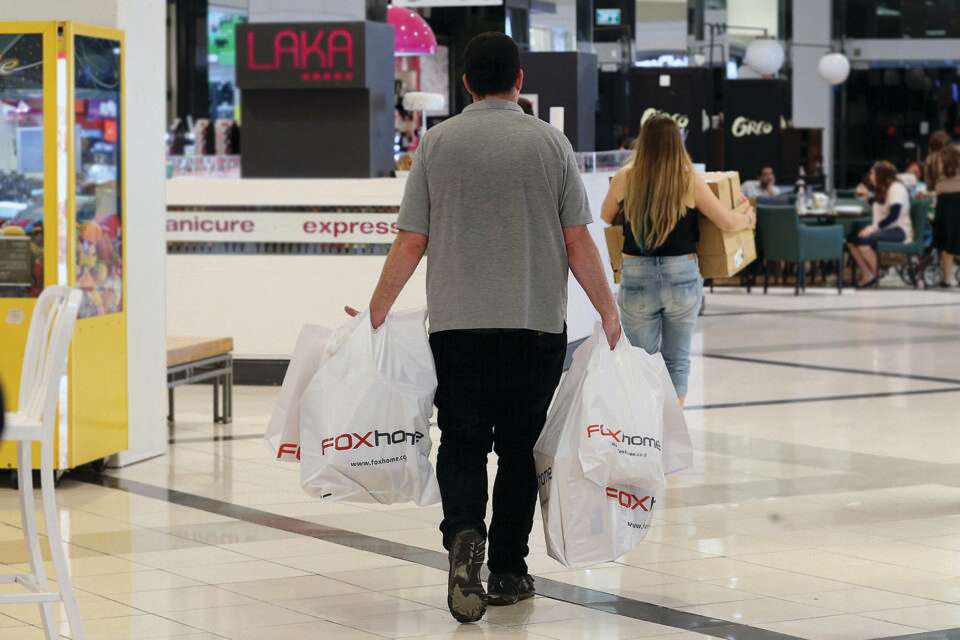 Deadlines for waste: how much will the private companies invest in the holiday gift for employees? | Israel today 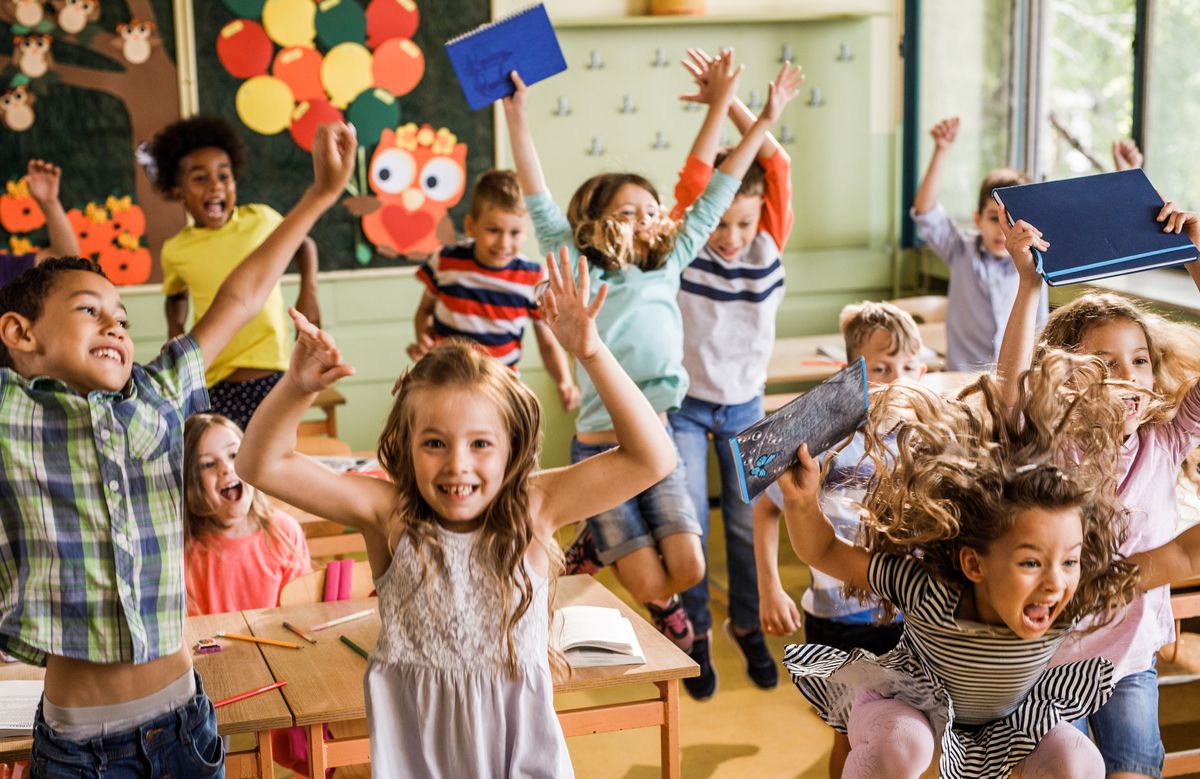 End of course, WhatsApp and gifts to teachers: is it getting out of hand?

In honor of the holiday: Half free, 1,000 NIS as a gift for shopping at the chain's branches - Walla! Money

50, 100 euros or more? How much money should you give the newlyweds for their wedding?