The story of the Pinto brothers, who made a splash in the world of finance and became philanthropists - also served as an inspiration to the next generation, who took the investment in the Negev one step further and built their home in Yeruham

Go to the desert: from the world of finance to investments in the Negev

The story of the Pinto brothers, who made a splash in the world of finance and became philanthropists - also served as an inspiration to the next generation, who took the investment in the Negev one step further and built their home in Yeruham.

David (right) and Jimmy Pinto: a story that begins with the Rothschild family and ends with grape and olive vineyards (Photo: David Silverman)

Brothers Jimmy and Sam Pinto have been involved in the world of finance for many years and have established successful ventures in the field, while one of them is in France and the other in Israel.

Jimmy Pinto worked in the field of solar industries in the 1980s in Israel, while focusing on recycling and waste.

In the first decade of the current millennium, Sam Pinto worked at the Rothschild Bank in France and progressed there in the fields of investments.

His brother convinced Benjamin de Rothschild, the baron's great-grandson, to open a Rothschild bank in Israel.

"My father founded the Rothschild bank branch in Israel, as part of a project that was built over a year and a half,"

"The years passed and the bank began to succeed. It was in 1999 and when he finished working there after about 15 years, the investment bank had about seventy employees. When that chapter ended, my uncle immigrated to Israel from France and, together with my father, the two of them became free to work in the investment fields independently."

Did you happen to meet Benjamin de Rothschild?

"I knew him in my childhood, he came to our house and passed away prematurely. He was the head of the family that owned the bank mainly in France, a businessman of his caliber. When he was 52 years old he suffered a heart attack. The one who took over the business was his wife Nadine."

In the last decade since their retirement, the brother investors have channeled their energy, time and expertise into philanthropic and educational ventures, mainly in the periphery.

They do it in complete silence.

In fact, this article is the first to reveal their activities.

Out of Zionism and a sense of mission, the brothers began to be active, among other things, in projects for the development of the Negev, and established ventures in the fields of education, agriculture and tourism, mainly in Yeruham where they found fertile ground for action.

Among other things, the two founded "Darkha" (The Way in Aramaic), a network of high schools with the support of the Ministry of Education, which was designed to strengthen the schools in the geo-social periphery in Israel, with the goal of them becoming leading educational institutions in the field of post-primary education.

There are 44 such schools and learning centers in Israel, about 24,500 students in the network, 2,800 teachers and the most important figure, a 93% network average in eligibility for matriculation.

"Darka" dominates the entire country from north to south, for Kiryat Shmona, Netivot, Dimona and Ruham and among the Druze sector.

"The model is that 100 percent of the budget goes to the student," explains Pinto.

"This is compensated for by the efficient conduct of a business corporation and philanthropy, mainly from abroad, but it is so successful that the Azrieli Group was also recruited.

Darka's budget is NIS 600 million per year for 44 schools.

The network was founded in cooperation with the Rashi Foundation, which is a huge philanthropic body, an investment by my father and uncle and the state that budgets. The student receives more enrichment programs and the results correspond. Two high schools in the Druze sector are among the best in the country with 100 percent matriculation."

About seven years ago, the brothers planted two large commercial plantations of the argan tree, the fruits of which are used to produce the prestigious argan oil, also known as Moroccan oil, one in Sde Boker and the other in Yeruham.

The plantation in Yeruham was not captured and David, Jimmy's son, took it and turned it into a vineyard.

Pinto, an industrial designer graduated from Bezalel with rich experience in the field of wine, planted spectacular wine grape and olive vineyards in 2019, in collaboration with local winegrowers.

Today Pinto Jr. "consolidates" the results in the form of a spectacular new winery, Pinto Winery.

"In Roham, 72 dunams of wine vines are planted with varieties adapted to the Negev, Chardonnay and Chenin Blanc in whites, Shiraz, Grenache, Petit Syrah, Malbec and Petit Verdot in reds. This year we expanded the vineyard by another 35 dunams with the planting of Chenin Blanc, Roussanne, Viognier and Shiraz. The vineyard will enter For the harvest already this year," says Pinto proudly.

A novel with the Negev

He is 38 years old, married and the father of two little girls, lives in Tel Aviv, was born in Jerusalem where he grew up.

Pinto studied at the Hebrew University and Bezalel and graduated with a degree in industrial design.

He went to New York for a year for a professional internship in industrial design, architectural lighting design and at the same time he worked in the wine field.

He returned to Eretz and developed as a freelancer in design work, while working at the Mirage Fund for the Development of the Negev.

"That's how my romance with the Negev began. I was involved in entrepreneurship and I was a coordinator. The Mirage Foundation operated an accelerator for entrepreneurship programs, also for product designers, not only high-tech, mobile web."

"I really like reading about wine and drinking it of course. I started working in the field even before the army so I was an officer and served for five years. I worked as a sommelier at the restaurant "1868" in Jerusalem, I worked in bars and returned to the restaurant for six years.

I worked in wine forums and traveled to the United States, where I worked, at the same time as my internship, at a restaurant in Manhattan with a serious wine program.

I learned about menu, alcohol and service and started advising in the field, service, wine menus, cocktails.

I taught wine for three years at 'Ish Inavim', an ancient and valued wine enterprise in Tel Aviv, and I gave culinary wine tours as a guide in Bordeaux.

" And I charged them the prices of drinks, I helped establish the 'Desert Iris' hotel in Yeruham, and at the same time I planted my own three dunam vineyard in the Jerusalem mountains in 2013, to close a corner for the hobby.

Since 2017 I have been making wine myself.

So I'm also an amateur winemaker.

The wine came out unspoiled, so for me it's an achievement.

This vineyard is rolling."

Your family is philanthropically invested in their hospitality. Why did you choose this particular destination?

"My father and uncle wanted to participate in the development of the Negev. They were looking for something to do and found a fertile ground for action in Yeruham. The dynamic and positive leadership of Amram Metzna, and later of Michael Bitton and now of Tal Ohana which is very popular. Yeruham is developing now. The first thing they did was in the field of education When they established an education directorate in collaboration with the government, the council and philanthropic bodies to raise education in Yorham, that was about a decade ago and today we can see the fruits.

They contributed to the economic development, for example the 4-star hotel 'Iros Hamadbar' - to this day the only hotel in Yeruham.

Until then there was zero tourism in Yeruham.

Today there are over 35 B&B operators, 60,000 overnight stays per year, a profitable and well-run hotel, tourist attractions such as stargazing, Moroccan art, ceramics, local craft, gastronomy, recycling of local materials, the lake park in Joroham which has been massively renovated and attracts between 120-150 thousand visitors In a year, I open a winery there and recently the council, in cooperation with Lands of Israel, put out to tender agricultural and tourism plots that will give a strong boost to tourism and agricultural tourism in Yeruham."

What kind of education did you receive?

"I always saw how my father conducted himself. I saw that after his ventures were successful, he felt that he wanted to give back and contribute. He was always active in various organizations and never put his name on it. That is neither the point nor the idea. The wine project is the first one that we put our name on 'Pinto.' increase the circle".

Why did you agree to put the name on the winery?

"It became something very personal because wine is a subject we love very much, and the project has grown to the dimensions and size of an investment that is significant for the family. That is why it is our flagship project in the involvement of the community. We also felt that a winery and family go together and decided that we wanted to put our name on this project. This The first time we do this."

Pinto travels to Yeruham between two and three times a week, a journey of more than two hours each way.

"I'm building a house in Yeruham and my family and I are moving there following the project. The moment I entered the project and it became significant, my father and uncle said it had to be someone from the family we trust, otherwise it wouldn't work. They offered me to lead the project and it was natural, because I am from the wine field. It was in 2018 and after thinking, I happily agreed. It was clear that it was about moving to Yuraham.

I am also part of the directorate of the Yeruham Tourism Association, which was established two years ago, and I try to contribute what I can.

I built a community of friends and entrepreneurs like us in the field of tourism, so that I feel at home in their presence.

In general, they feel at home in their stay.

It is a small town and the people there are very warm and the atmosphere in the field of tourism is one of loving and embracing hospitality.

You can feel it in the hotel staff.

People come to help and the human experience is an integral part of the place." 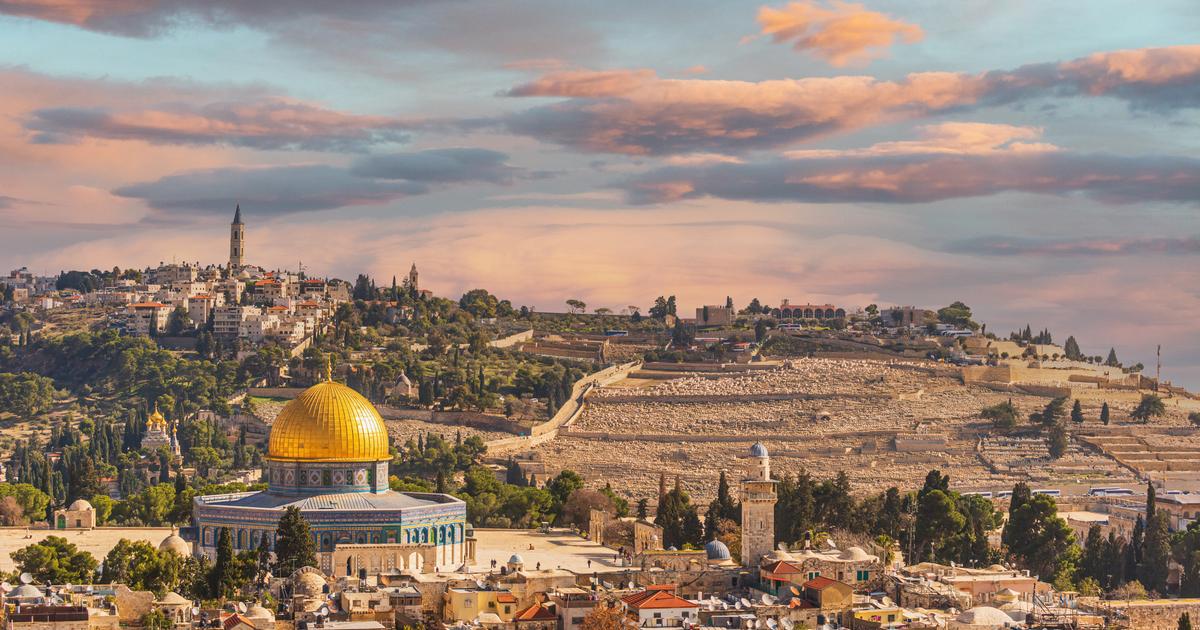 When to go to Israel? Weather, climate, activities… The best period by region

Rainy election day: rain and thunderstorms from the north to the northern Negev - voila! 2022 election

This winery, in Yeruham, is one of the biggest promises of the local wine industry - voila! Food 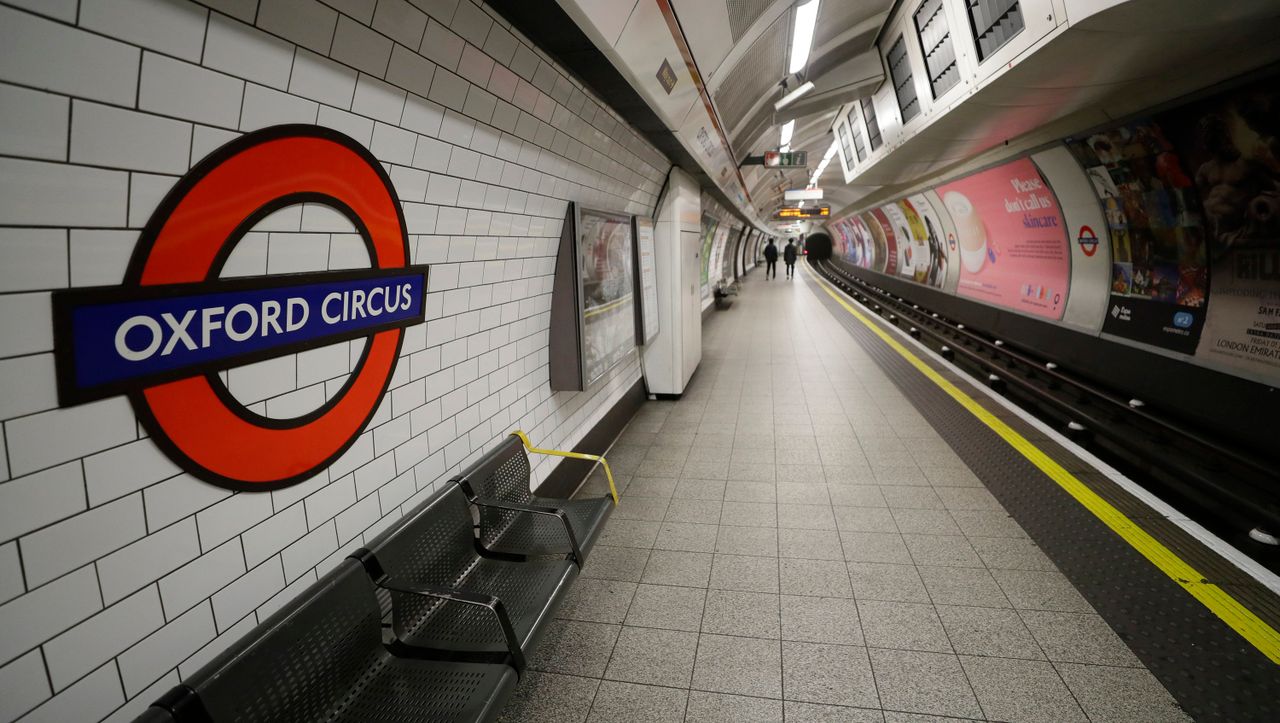 Meet the new path in the Negev that is entirely dedicated to wine - voila! tourism

The soldier's family came to visit him on the holiday, so he guided them along the most beautiful road in Israel - voila! tourism