Russia is in demographic decline like many other countries on the globe. Power is waning, leaders fear relegation - that makes them even more dangerous.

In the next 30 years, Russia will lose around a sixth of its working-age and military-age population.

The same thing continues in the second half of this century.

Taken together, Russia will lose around a quarter of its active population, according to United Nations projections made before the start of the war.

The headcount in China is shrinking even faster.

In the course of this century, the number of people between the ages of 15 and 64 will almost halve there.

As in Russia, the more productive part of the population has been disappearing there for several years, albeit at an increasingly rapid rate – a belated consequence of the rigid one-child policy of earlier decades.

The demographic turnaround poses enormous challenges for all affected countries, not just Russia and China: Productivity is paralyzed.

More and more resources have to be used for old-age provision, health and care.

A severe demographic decline is also imminent in parts of the EU, especially in eastern member states.

After all, Germany's working population has remained at a high level for years, thanks to immigration.

The aging of societies is actually a good thing, because it is the result of increased life expectancy.

The fact that there are no offspring is simply the result of lower birth rates.

The demographic turnaround is a slow, predictable process that has been underway for many decades.

State systems can be prepared for this.

Citizens and their employers, for example, can adapt the life phase of working to the longer life expectancy.

Although this process is nowhere easy because there are different interests between the individual age and income groups, it can be managed in principle.

However, states with imperial ambitions face a completely different calculation: They are confronted with the

Foreseeably less able to work and conscript means a loss of power.

The resources with which to build and consolidate empires are dwindling.

Anyone who thinks they are at the peak of their power is now confronted with a long relative descent.

The brutal enforcement of claims to power will become increasingly difficult in the future.

Leaders who intend to strike at some point are faced with the question: if not now, when?

In any case, the leaders in Moscow and Beijing have evidently come to the conclusion that they should expand their imperial spheres by force while they still can - whether in Ukraine, Central Asia and possibly Taiwan in the future.

At home, they deploy an ever more comprehensive set of oppressive instruments against their own population.

Aging societies put up with it because they don't feel like rioting.

The fact that Vladimir Putin launched a strike against Ukraine this year can be explained not only by his advanced age, the (wrongly) assumed weakness of the West and the attractiveness with which a free Ukraine makes his own authoritarianism look old.

Like no other comparable country, Russia suffers from the

syndrome: the population is shrinking, while the economic and political system is based almost exclusively on the sale of oil and gas - climate-damaging goods whose consumption is expected to decrease.

Russia is currently experiencing how important manpower is if you want to conduct territorial conquest campaigns like in times long past.

300,000 people are now being forcibly recruited there, mostly younger men, who in turn are missing from the economy - and many of whom will lose their lives and health in a senseless war.

Paradoxically, Putin is exacerbating the demographic decline he fears.

According to estimates, a six-figure number of younger, well-educated people have left the country since the beginning of the war.

After the announcement of Putin's mobilization, there was another run on the borders.

'Putin is obsessed with demography'

If Russia was weak before this war, it will be even weaker afterwards.

It is precisely this prospect that makes it difficult for Putin to admit that he cannot achieve his war goals.

"Like other white nationalists, Putin is obsessed with demographics and driven by fear that his race will be outnumbered," writes Yale University historian Timothy Snyder.

, he dissects Putin's crude "racial arithmetic" that follows his war: "The first Russian soldiers to be killed in combat were ethnically Asian from eastern Russia, and many who have since died were forcibly conscripted Ukrainians from the Donbas.

Ukrainian women and children have been deported to Russia because they are considered assimilable, as people who can serve as reinforcements for the white Russian population.«

At the same time, the Russian leadership is pursuing the strategy of plunging Africa and Asia into food crises, which is why the drop in grain deliveries from Ukraine is deliberately taken into account: "Nothing about this starvation plan is taking place in secret," writes Snyder.

Everything is out in the open and is also called that by the Kremlin's propagandists.

Such ideas have nothing to do with liberal notions of universal values, human rights and a peaceful reconciliation of interests.

It is pure, raw power politics, driven by the fatalistic belief in a displacement struggle of the peoples.

According to the motto: There can only be a few master nations.

The others are assimilated, subjugated or exterminated.

But such an inhuman, valueless ideology is ultimately weak - while societies and communities of states that have an inner framework of values ​​can mobilize enormous forces, as Ukraine has impressively shown for months - but at the same time all the more dangerous: Anyone who, according to this racist logic, If you miss a

moment, you run the risk of being subjugated yourself.

Such doomsday fantasies resonated in Putin's TV mobilization speech at the beginning of last week, when he whispered that the West wanted to destroy Russia.

The perverse delight in playing with apocalyptic nuclear war scenarios fits into this imaginary world of impending final battles.

Other leaders around the world are watching very closely to see if - or how far - Putin prevails.

A core aspect of the

syndrome is the non-simultaneity of demographic development.

While some countries continue to have rapidly growing populations, other nations are shrinking.

This brings with it power shifts and tensions that can lead to wars.

Take Asia as an example: China's active-age population is, as I said, rapidly shrinking.

This is already having an impact on China's productivity gains.

In addition to the Covid restrictions and the increasing ideologization of science and research, declining demographics are one of the major obstacles to progress in a country that has enjoyed extremely favorable demographic conditions in recent decades.

But that also means that if China's great leader Xi Jinping strives for imperial greatness, wants to expand his territory and forcibly annex democratic Taiwan, then the power strategic calculation will not become more favorable over time.

India, on the other hand, will overtake China in headcount within this decade.

It will not reach its demographic peak until around 2050. Until then, the country could experience a favorable phase with declining fertility rates.

But then the population development there also tilts.

By 2050, the number of people in active age will increase by two thirds, after which it will continue to increase at a slower pace in the second half of this century.

Demographic shifts that could tip the precarious balance of power between the two nuclear powers.

Take the Middle East as an example: while Iran is facing a population decline thanks to declining birth rates, neighboring Iraq has one of the fastest growing populations outside of Africa.

Turkey, a country with regional power aspirations, is also poised for its

moment in the next 30 years , even if its working-age population begins to shrink.

They must create jobs, housing and public services for large young generations.

If that doesn't succeed, frustration spreads, which easily degenerates into outbreaks of violence that can also turn outwards, for example in the form of waves of emigration.

Much of Africa faces such a scenario.

Their demographic dynamics pose a latent threat to their neighbors, particularly India, Iran and Turkey - countries that could be heading towards

and swayed into pre-emptive interventions in the coming decades.

Who will lose the peak power domino

The examples show that potentates around the world are watching Putin.

If he emerges from the war he started in such a way that he can present himself as a winner, no borders would be safe anywhere.

A Russian victory would set a dangerous precedent with implications far beyond Europe.

In a world of increasing demographic imbalances, a host of conflicts lie ahead, some of which could involve nuclear weapons.

Russian troops in front of Ukraine: The project of self-assertion for the WestA column by Henrik Müller

The world community would be well advised to arm itself against this scenario by jointly putting Russia in its place.

For now, Ukraine and its Western backers are doing the work alone.

They - or we - bear the bulk of the human, military and economic costs.

The West is trying to maintain an international order that is about to get under the tank tracks.

The others look on and try to enrich themselves opportunistically, for example by buying cheap Russian oil and gas because it is sanctioned.

At its core, it's very simple: In order to prevent a

domino, Russia must lose this war.

The road to get there, however, is anything but easy.

We are experiencing it.

– After the parliamentary elections in Italy, a difficult government formation is imminent.

The challenges for Europe will be enormous, not least for financial, monetary and foreign policy.

The big issue for unions is inflation - for the first time in decades.

The tariff dispute has been going on for several months.

– The ifo Institute publishes its business climate index, the most important economic barometer for the German economy.

The signs point to a recession in the winter months.

How to feed the world

– The alleged financier of the 1994 Rwanda genocide, businessman Félicien Kabuga, is to face trial before the UN war crimes tribunal in The Hague.

He is accused of genocide and crimes against humanity.

- Europe's statistical office publishes an estimate of price developments in Europe in September.

– In the first round of the presidential election in Brazil, right-wing populist President Bolsonaro is threatened with being voted out.

According to polls, his competitor, the Social Democratic ex-President Lula, has the best chance of being re-elected.

Whether a peaceful, civilized transfer of power will be possible, or whether Bolsonaro, like Trump, will not recognize the election result is perhaps the most serious question hanging over this election. 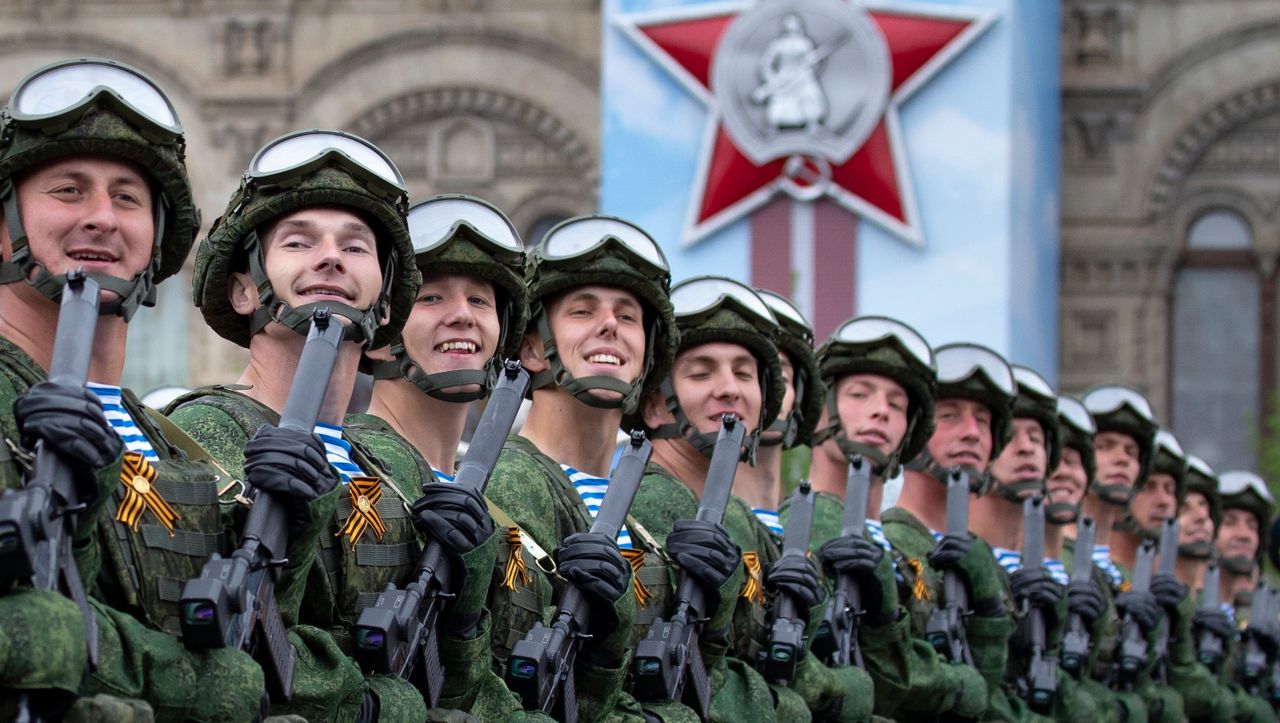 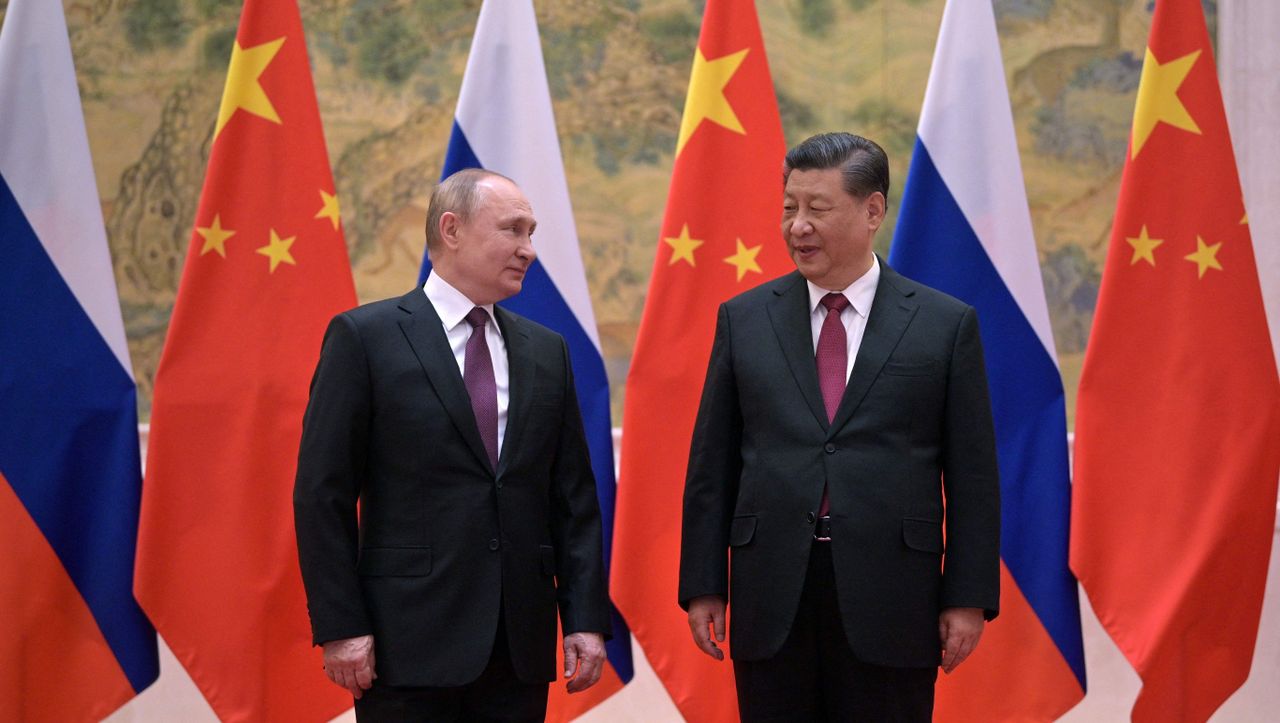 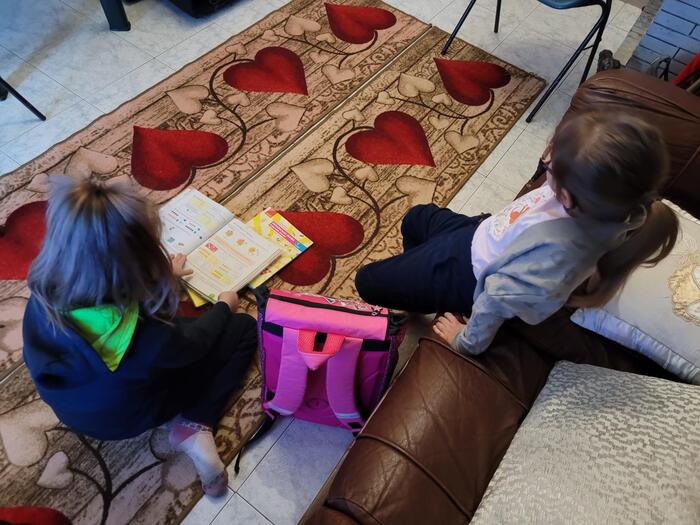 Putin relaunches the 'Heroine Mother', rewards those who have at least 10 children 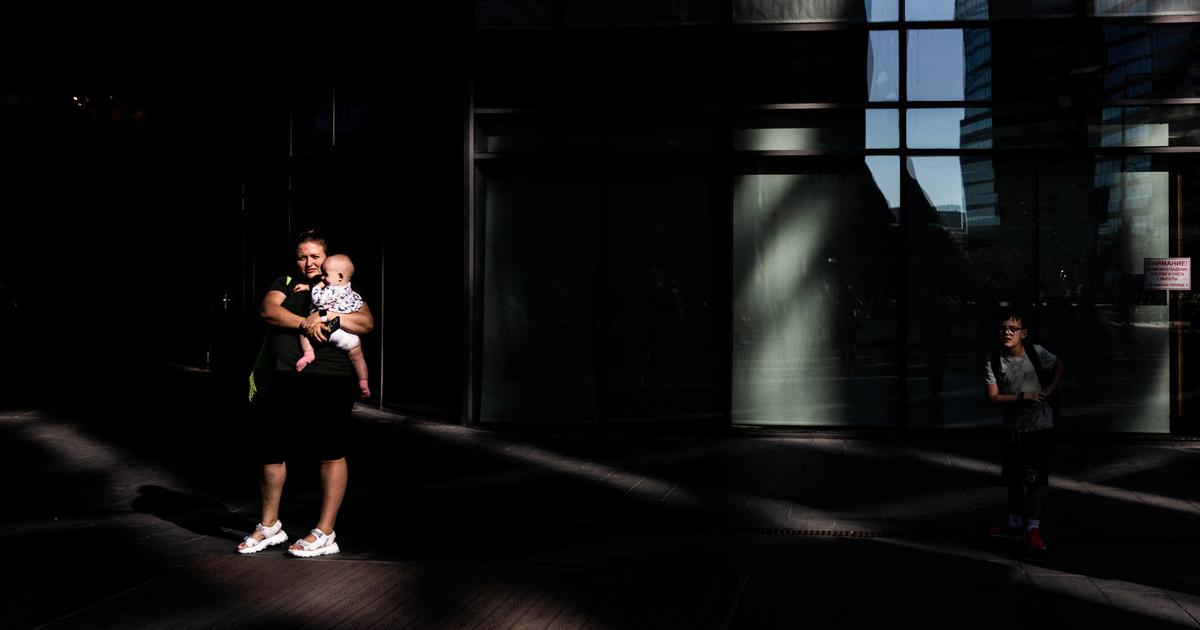 Russia: who are these "heroine mothers" honored by Putin? 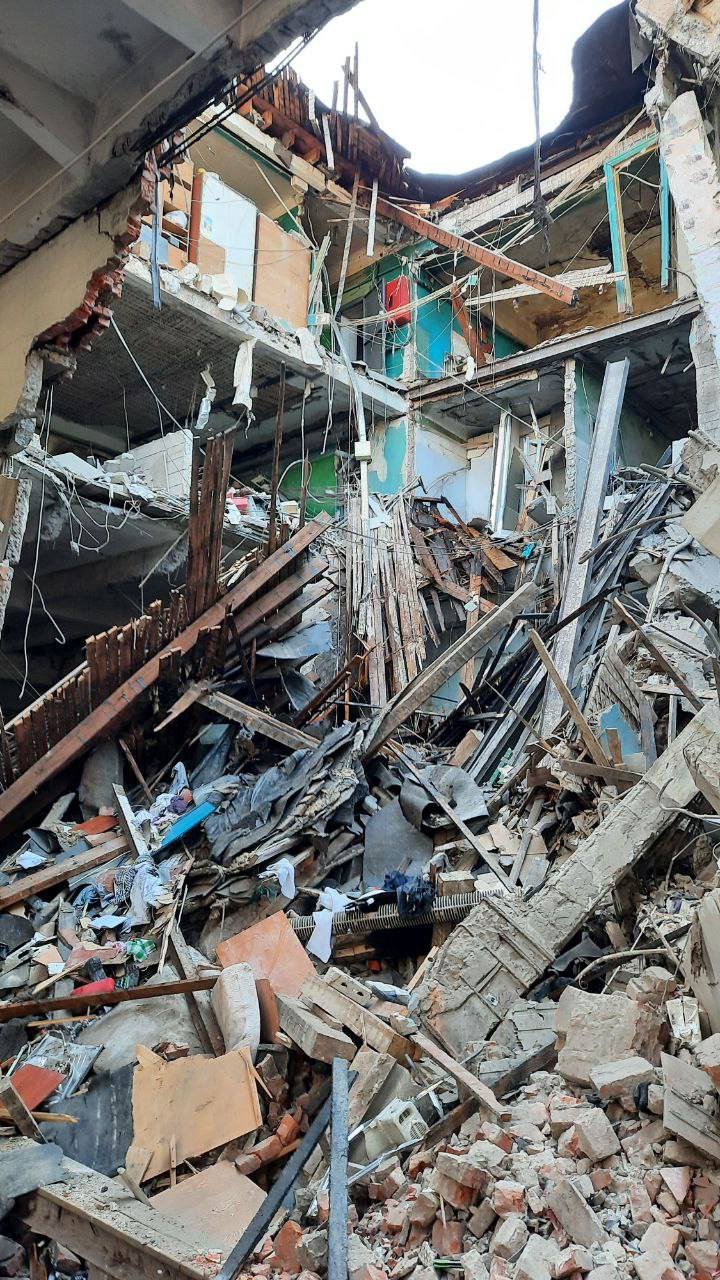 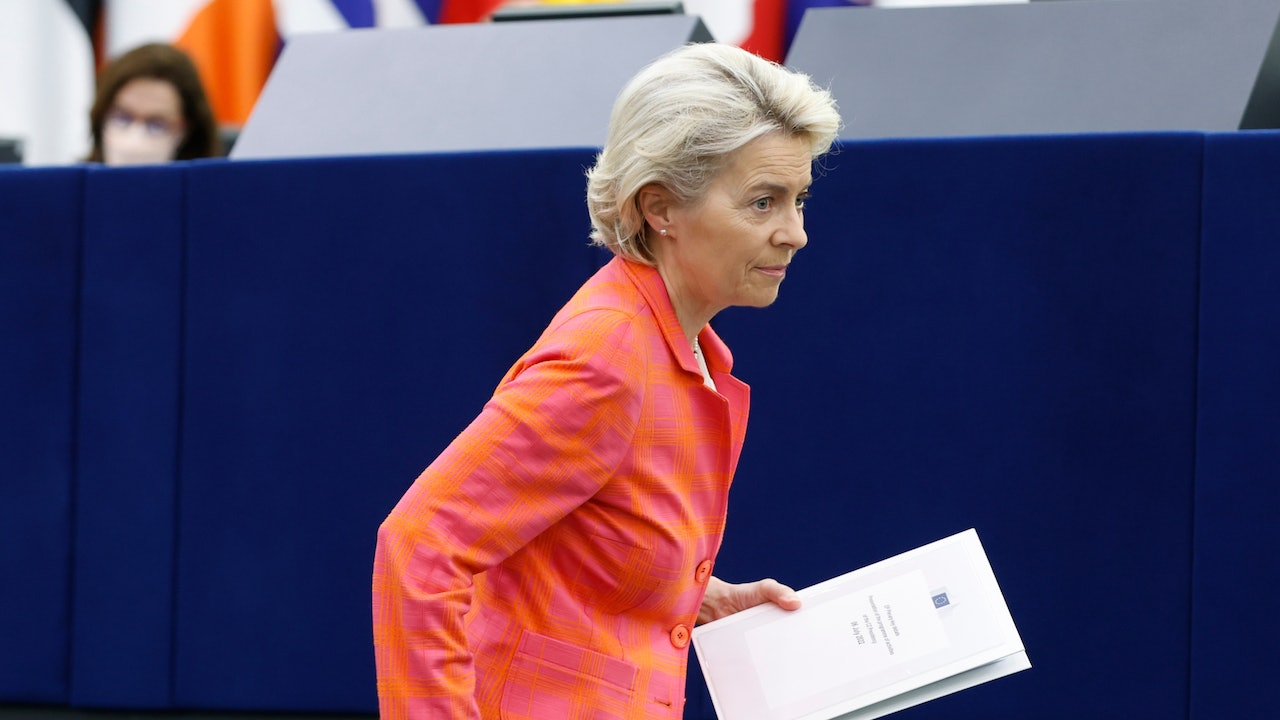 Is "Gazprom price cap" on the agenda just a side-effect of the European energy crisis? Price cap for Russian gas, supplier solos, savings: How the EU wants to get the energy crisis under control