Buy me: Marketing VPs choose the advertising move of the year - voila! Money

In honor of Rosh Hashanah, we approached five senior VPs in the field of marketing and asked them to choose one campaign, not theirs, that made them say: Voila!

Buy me: CMOs choose the advertising move of the year

In honor of Rosh Hashanah, we approached five senior managers in the field of marketing and asked them to choose one campaign, not theirs, that made them say: Voila!

What is the hardest thing for Israelis?

But Rosh Hashanah is a time of good will, when the people in charge of the competition in the various companies, the VPs and senior marketing managers, can congratulate their colleagues on a brilliant advertising idea that particularly caught their eye.

of the Israel Marketing Association,

we contacted five of its members, VPs of Marketing who chose the most successful campaign for their taste in 2017 - from Pistachio Crunch that drove the country crazy, through the third age to the important and valuable Hodis campaign "You are not alone".

One of the successful marketing moves this year was that of the Partner company, the expansion they made from a cellular

and television brand to a communications brand, which refers to technology, fiber and 5G.

From another player in the media market, he became a brazen challenger who dares to challenge the major competitors.

It started with the Boker Tov campaign, which told the leading competitor who had increased a huge budget with a fiber campaign,

Good morning, now do you remember?

plates as a symbol of another competitor's old television, and up to the last campaign that aims to challenge the entire category

Given lower marketing budgets compared to the other competitors in the category, Partner chose to go out with a series of conversation-provoking moves, which gain the attention of consumers and thus actually managed to position themselves in a smart and prominent way in the media market.

Many brands in the world adopt this approach.

They choose to do it with a lot of grace and are appreciated among consumers for their directness.

Partner also made sure to do so, with a smile, in an intelligent way so as not to create an anti-feeling among the consumers.

The most successful campaign of the past year

I love pistachio ice cream, that's the truth, but that's not the reason why I chose, during the brilliant marketing, a Nestlé campaign for Pistachio Crunch ice cream.

In my eyes, this move symbolizes an excellent viral campaign, which first and foremost expresses the advertising marketing power of the online communities along with enormous consumer power.

It was all born from a Pistachio "sick" "Hungry in Your Hunger" community member (a community I didn't know before) who posted a Pistachio Crunch ice cream designed in Photoshop.

The Nestlé company recognized the need of the community members for the product, and especially the great sales potential.

In cooperation with a community member, she released a limited edition of the product, which was quickly snapped up.

The limited production used by influencers and community members even created a "black market" and a huge demand for a product that "sold out" for a certain period.

The unique campaign even created tremendous exposure to different and relevant target audiences in a viral way.

So, beyond the correct identification of a trend with sales potential, this marketing campaign makes use of the enormous marketing power, in my view, of the virtual communities that live today on social networks, some of which even integrate the physical world and bring together in content segments with similar characteristics, a common denominator and a common agenda.

In recent years, these communities have become one of the strongest sources of influence, in the customer's decision, when making the purchase. They have also become desirable advertising/marketing platforms among advertisers, although many of them adhere to many restrictions when advertising in them, in order to prevent the commercialization of the community and the loss of control and authenticity.

The creative campaign of Crunch Pistachio, created an extensive discussion on the net, along with the coverage of many articles in the various media tools, increased exposure to the brand in general and the specific product in particular, increased sales significantly and even created a "black" market where unrealistic amounts were paid for the product, when there was " Missing" on the shelves.

The campaign created desirability among the relevant consumers and curiosity among those who are not pistachio fans, but mainly consumer discourse throughout that period. There is no doubt that this is a successful campaign in all respects.

In the past year, the fashion company "Hoodis" together with the pre-military preparatory school "Mensher Klo" launched a campaign dealing with the fight against violence against women.

This is a welcome, valuable and important initiative in the days when the wave of violence against women is at its peak.

The campaign provoked an important discourse on the issue of assistance to women, raised public awareness and also provided direct support to many women.

The original idea of ​​Hoodies and the preparation of 'Clo Eagles' included a process of affixing labels with an emergency phone number on all items of the brand's women's collection.

The statement of the move is clear - to give help to women and girls and thus to try and stop the violence against women that has become a very common phenomenon in recent years, when it is enough just to mention the names of Shira Isakov and Michal Sela to understand what we are talking about.

In a reality where the attitude towards violence against women on the part of the state is flawed and the treatment of criminals is unsatisfactory to say the least - a commercial company embarking on such a struggle is no small thing.

This is a bold and courageous move by Hudis, which broke through the barrier for commercial companies to deal with important social issues and be a voice calling for raising awareness.

When I was asked to choose a campaign for the project, I chose Hoodies because the topic is close to my heart.

This is an important campaign with an agenda.

As a mother of a daughter I want my daughter to grow up in a society that is healthier, more inclusive and supportive of victims of violence.

I think it is our job as a society to create a discourse to eradicate the horrible phenomenon that harms women in all strata of the population.

When society denounces such behavior and does not legitimize it, it deters potential criminals, makes them think twice and realize that their actions have a price.

This is a campaign not only for marketing people, but for everyone;

Understand that we need to use our power for good deeds, for contributing to the society we live in, and not just for business moves and increasing the profit line at the end of the day.

Of course there is no pretense here.

In the end, people are looking to identify with value brands that contribute to society.

and appreciate them for the effort they make to build a better future.

This year I chose to honor the

The campaign is based on the insight that nowadays financial education is lacking.

The young audience finds it difficult to manage money wisely and is tempted by short-term wins over long-term profit.

The world of investments is not taught enough in educational institutions and the result is that people realize too late that they have missed opportunities.

Pepper understood the need and saw an opportunity to take ownership of a world of financial education content, which is essentially a blue ocean in the insanely busy competitive arena.

The campaign is carried out in a humorous language starring the presenter Roi Bar Natan and illustrates how mismanaged we are with our money.

It is difficult for us in our relationship with money and it is difficult to remain indifferent to such a painful subject that affects us all.

At Pepper they understood that a product promise must be fulfilled, and they knew how to make the subject of investments accessible even at the product level.

For example, they offer a variety of investment solutions for low amounts.

The results were not long in coming and they managed to double the number of people joining the bank.

I learned from the campaign that even a new brand can take ownership of a virgin field and lead it.

A young, innovative and kicking brand that addresses a market segment with tremendous potential and succeeds in leading an important agenda and competing with giant monsters.

Although Pepper enjoys the support of the Bank Leumi Group, the brand stands firmly on its own and managed to establish itself as legitimate in front of strong and old players.

, which was carried out by the McCann advertising agency. This is a smart move, because it is based on the correct strategic identification of a target audience alongside successful creative cracking. of IKEA for the elderly, was correct and accurate.

The IKEA brand, for years, has been able to integrate in its strategic core, in a holistic way, two prominent areas - design and design alongside corporate responsibility. The campaign from the past year continues to illustrate this in practice.

IKEA's choice to engage with the elderly audience, Presenting it in an up-to-date and positive light, offering it a place of honor among the brand's target audiences, is a pillar of the brand's concept of corporate responsibility and its deep concept of sustainability. This choice is in line with IKEA's vision of creating a better everyday life for a wide variety of audiences.

While the audience of today's seniors is active, connected, technological and sometimes even "younger" in spirit than their children, in today's media landscape, most references to this audience are still around sheltered housing and investment houses.

The strategic insight "today's grandfathers are not the grandfathers of yesteryear" presents this audience in a refreshing, positive and empowering light - at eye level, with authenticity and humor.

Ikea's choice of Moni Moshunov and Sandra Sade as presenters for the move is also accurate in my opinion.

They bring with them the new representation of the third age and contribute greatly to a striking and humorous creative product.

In addition, I find it interesting to see the "glocality" that IKEA manages to create in Israel over the years and during this period as well.

By choosing presenters and insights that are close to the hearts of the Israeli audience, the brand succeeds in penetrating the heart of Israeli culture and touching us all.

The uniqueness of the move lies in the way in which Ikea chose to appeal to and present the elderly audience.

In a current, relevant, attractive and fashionable way, similar to the IKEA brand.

Buy me: Marketing VPs choose the advertising move of the year - voila! Money

Watch: the marketing recommendations of the director of marketing communications at the credit company max - voila! Barangay

What will you get in a master's degree in marketing, digital, advertising or communication, and also some senior names who have done it before you. Review. - Walla! Marketing and digital 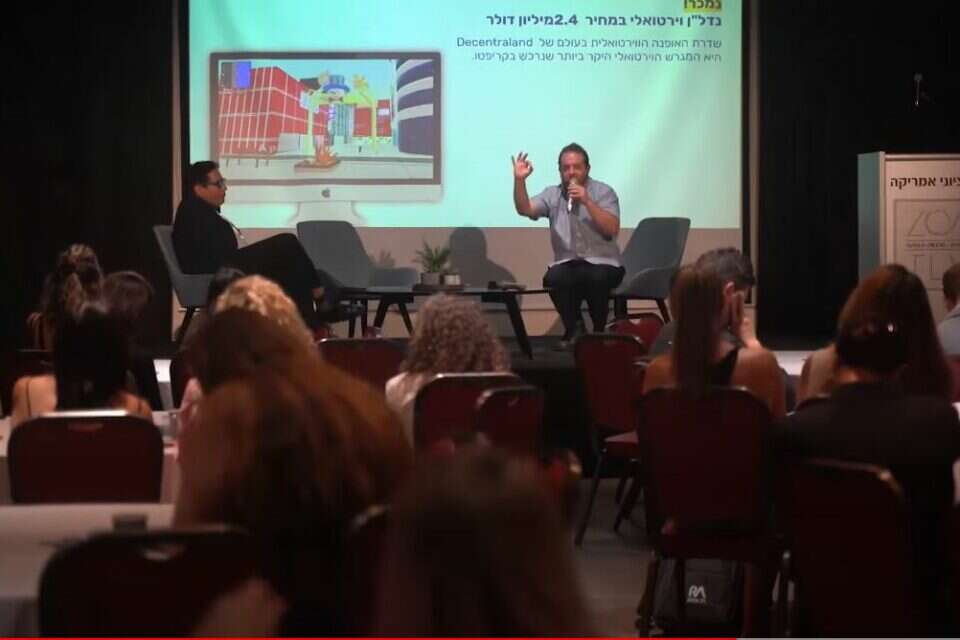 Watch: How are apartments marketed in a time of uncertainty? | Israel today

Black Friday: physical store or online store, which is better - and for whom? - Walla! Of money 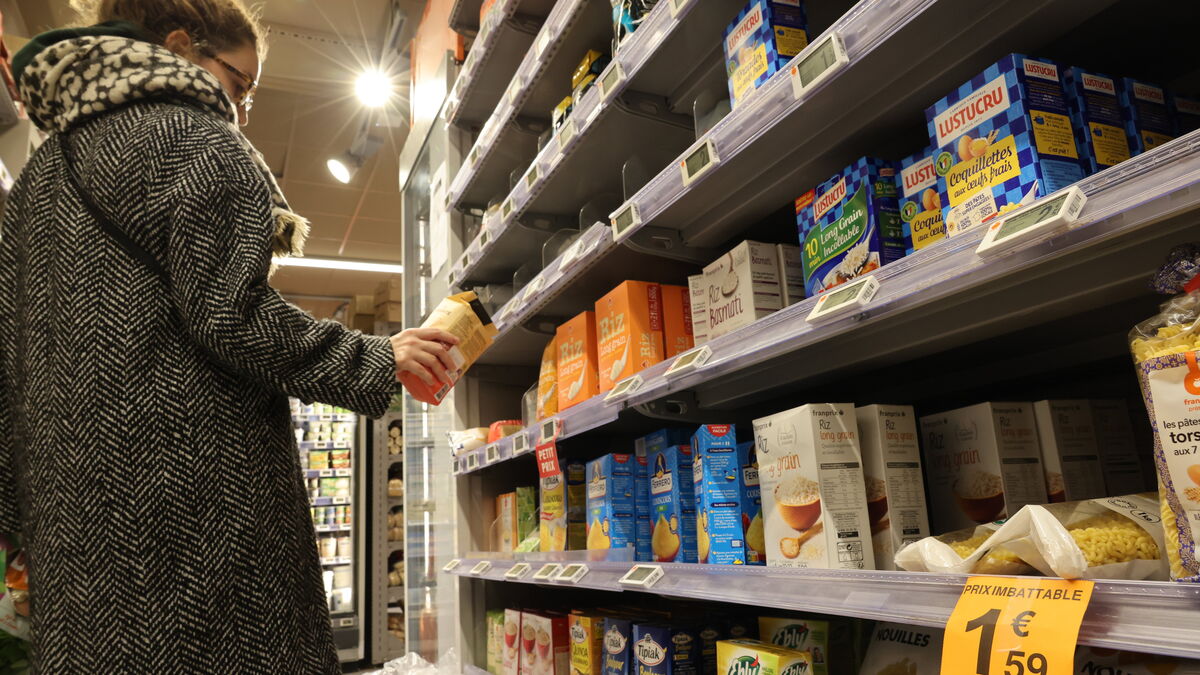