How does the milk market work in Israel and why are prices only rising? - Walla! Of money

Against the background of the war between the retailers and Tnuva, we set out to check how the milk market in Israel is doing. What are the chances of the retailers winning and will imports necessarily lead to discounts?

Tnuva's dairy products, the giant manufacturer's intention to raise prices ignited a fight, but who will win? (Photo: ShutterStock)

It is common to think that opening a market for the import of competing brands will lead to a drop in prices.

There are segments where this is very true, but will the opening of the milk market to more international brands lead to a decrease in the prices of dairy products in Israel?

Apparently, the answer is no. - and at least part of the blame is on us - we don't tend to adopt alternatives.

In recent weeks and days, some retailers, led by Shufersal, are leading a fight against the increase in the price of Tnuva products, but in this fight, even if we give everyone the credit they want to win, it will be very difficult: there are products that simply do not have a substitute that can take the place of Tnuva products and not because there is no , but because we, the consumers, are afraid of new experiences in a market characterized by high loyalty.

The retailer war in Tnuva is an opportunity to examine the powerlessness of the chains: in Israel there are three giant operations and several other secondary dairies.

The big ones are Tnuva, Strauss and Tara, each of which has its own strengths and weaknesses.

The undisputed leader is Tnuva which raised prices.

After her is Strauss, who has hinted at the possibility of raising prices, but so far has done nothing - perhaps for fear of focusing the spotlight on her again after the salmonella affair in chocolate and the reopening of the candy factory in Nof HaGil.

It is true that there is apparently no connection between the chocolate factory and the production line of the dairy products, but the name "Strauss" has already taken enough public blows in the past year.

Now there is a new CEO - and it is likely that it will be some time before the company raises prices as part of a stated policy. The third player, Tara, has already raised prices on a large part of its products.

Cottage - the cheese that became a symbol.

We are careful not to raise its price (Photo: Omer Miron)

Niger milk - the kingdom of Tnuva

Brand loyalty in dairy products in Israel is high and similar to the consumption culture in the advanced markets of the world.

We can see the segmentation of the hold in the different segments between the competitors: Tnuva dominates the Niger milk market, because it has the basic homogeneous "supervised" milk, while Strauss is not a player there at all and fits into the category with a product of different values, nearly 20% more expensive than the supervised product .

Tera operates in the homogenized milk market also in the supervised white cheese, cottage and basic products that are equivalent to white and Eshel Tnuva and the variety of fats, where the competition is expressed in quantity versus cost, but this is not a segment where the competitors strive to win, because the big money is in the highly innovative products - and as a result of this, also the more profitable.

In the flavored yogurt products, Strauss owns the international brand "Danuna", which leads the category.

It is followed by Tnuva's Yopla brand, the international Muller brand, which is a significant player in overseas countries, but in Israel is still having trouble conquering the market and lags behind the competitors by a large margin.

Strauss is also a leader in the segment of children's delicacies such as Milky and Danny compared to Terra's Moo and Tnuva's Karlo brands. We can distinguish different consumption patterns according to regions and sectors, such as the ultra-orthodox and Arab sectors, who sometimes have different brand preferences than the general public.

This statistic leads us to a sort of paradox built into the dairy market: on the one hand, the perception is that this is a basic product, but it is not: the loyalty of consumers to brands is high - and on the producers' side, this is a developing and renewing market.

By the way, even abroad, the milk market is considered a leader in innovation,

The cheese is hard, so is the competition

In the hard and yellow cheese market, the competition is different, these are products that are significantly more expensive per item and with the exception of one product that shows high loyalty, Tnuva's "Emek" brand (even it has lost market share in recent years due to the competition from Terra's "Noam" brand, and all the similar products that have entered the market such as The yellows of the Willipod company under the "Euro" brand and private brands in Shufersal and Rami Levy).

The love story among Israelis for Emek cheese is also supported by tasting tests, even when it is compared to prestigious French cheeses.

There is probably a significance here to the accumulated consumer memory that leads the taste - this is a brand that many generations have grown up with and leads the category even when checking what is the preferred filling for sandwiches.

On the other hand, in hard-white cheeses such as Bulgarian, Tzafat, feta, etc., loyalty is lower. Consumers experiment with new products and vary from brand to brand mainly according to the exposure and the price offered at the time of purchase. Here, too, two significant sectors, the ultra-Orthodox and the Arabs, are influenced by two variables Main points: the ultra-Orthodox prioritizes and maintains loyalty to a certain kosher and to the availability of the various brands at the points of sale designated "for him".

Among the Arab sector there is greater exposure to various brands - on the one hand those that are supported by advertising from abroad and on the other hand - from small local dairies whose products are limited in quantity or geographical distribution .

And now for the quantitative paradox: the people of Israel love special offers, even when they are at odds with wise consumerism: if we got to the dairy product shelf and came across a price of five shekels per unit, but at the same time there was a sale of 3 units for 12 shekels, we would always prefer the sale, even though it is possible that everything we need He currently has only two units.

So it turns out that instead of satisfying our needs for 10 shekels, we will spend 12 shekels - although for a larger quantity, but also one that will eventually be thrown away (and the milk market is characterized by a short shelf life) or will lead to overconsumption, beyond what we are used to.

Either way - we lost 20% on the purchase price, even though we saved 20% on each item... This is an Israeli consumer classic at its best.

Our tendency to get upset about promotions, leads us to pay more.

In any case, the promotions are over (Photo: ShutterStock)

The operation to eliminate consumers

Despite the above, there are of course promotions that really benefit the consumer - and these are disappearing in a continuous course of hidden price increases: the price given on the product does not change, but the almost complete disappearance of the promotions from the consumer arena causes us to purchase the same amount for more money.

For example, it is possible to raise prices like those of the cottage (the product that became the symbol of the only consumer protest that ever took place here and therefore remains "sensitive") without touching the price tag.

For example: if we consume 3 cottage cups a week, which we have always purchased at the sale price of 2+1, now we will have to buy the third at full price - a dramatic increase in price without changing the price... The

manufacturers and retailers have already understood the public (and media) sensitivity to the increase Prices of 5% for example, but the elimination of a quantity sale is actually a much higher price increase - and precisely this becomes almost invisible, even if very noticeable in the pocket.

White brand: a commitment by a dairy to produce a private label brings stability but also enslaves (Photo: ShutterStock)

The phenomenon of the Golan Heights dairies falling into liquidation is a common phenomenon among producers who have disappeared from the Israeli economy.

Dozens of small and medium-sized manufacturers changed their strategy in order to earn more and quickly - and found themselves in bitter competition with companies that have a sophisticated marketing and distribution system, salespeople, the length of time for promotions that can exhaust the new competitor, who in most cases is not yet financially established, and more.

On the other side of these moves is the decision to become a manufacturer called in the professional parlance "white label" and to produce a private brand for a large marketing chain.

On the one hand, this brings a steady income and transmits stability with the banks, but from then on, after all the eggs have been placed in one basket, you become a slave to the client, abandoning developments for other brands and subject to his price policy, in the framework of which he tries to earn as much as possible from his private brand, also at the expense of the client, Also at the provider's expense.

If there was no increase in price, how did we get stuck with an inflated bill at the cash register? (Photo: ShutterStock)

How did we pay more if there was no increase in price?

In the bottom line, an unhealthy situation has arisen in the milk market.

It is quasi-supervised, so the elaborate competition is not fully operational and it is not possible to know whether it will work in favor of consumers.

On the other hand, the government only intervenes in setting the price of a limited number of products, so the milk market is exposed to price increases.

On the one hand, as if inspectors, on the other - every manufacturer, importer and retailer does what he wants.

How does this manifest in the field, you ask?

So here is the figure with which it is perhaps appropriate to conclude this analysis of the milk market in Israel: without being informed of price increases (that is, until Tnuva's decision to increase the price of its products, about two weeks ago) comparative surveys show that milk products in Israel (including milk substitutes) became more expensive by 5.65% compared to the corresponding period last year.

Here it is - almost a 6% increase in a segment that almost no household in Israel can or wants to give up - and all this without an official "increase in price".

writer is the CEO of the Retail Research Institute

The state auditor will investigate the preparation for the outbreak of inflation - voila! Of money

Smotrich attacks the governor of the Bank of Israel: "The bank was wrong, there is cheap money - everyone will buy apartments" - voila! news

Here comes the train: what did the red line do to housing prices? - Walla! Of money

The restrictions on monopolies are on the way: what happened to the shares of the food industry? - Walla! Of money 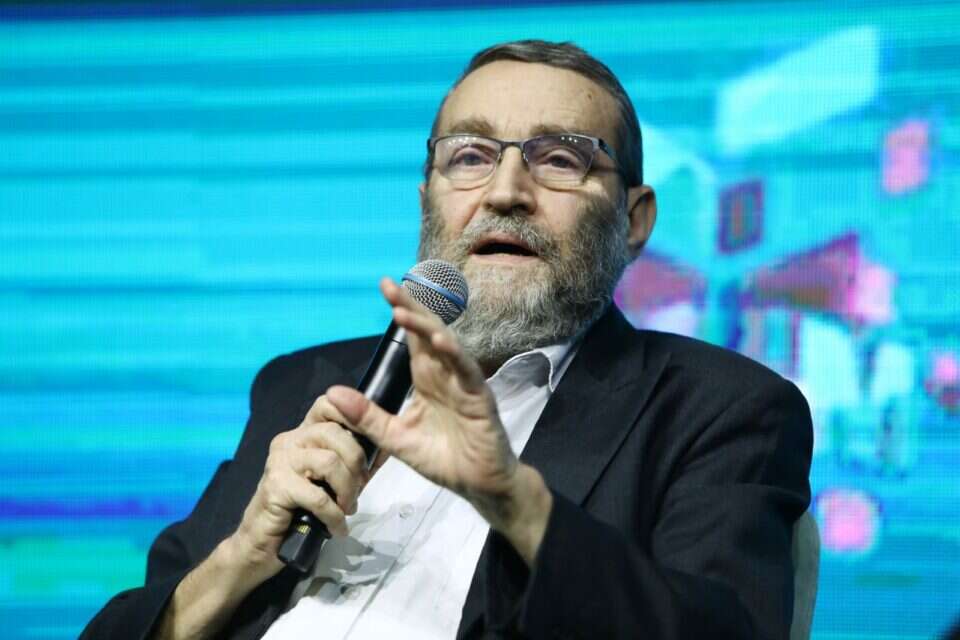 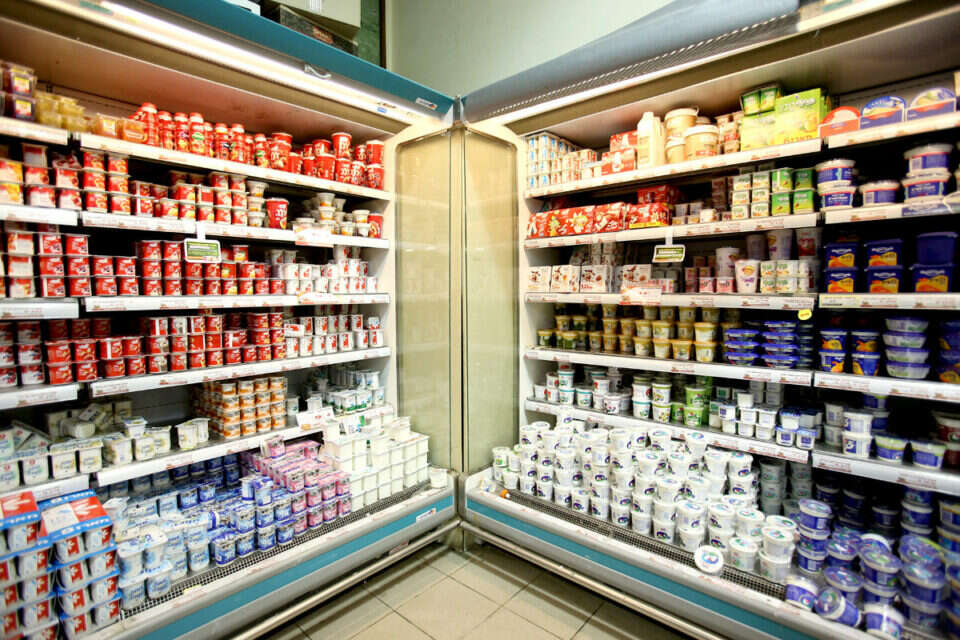 Coming soon: a significant increase in the price of dairy products under the supervision | Israel today