Damascus, SANA - The Economic Committee in the Presidency of the Council of Ministers discussed during its last meeting a memorandum on procedures a During its last meeting, the Economic Committee in the Presidency of the Council of Ministers discussed a memorandum on the proposed measures to be taken to open export markets for surplus goods, commodities and materials produced locally to the markets of friendly countries, and proposals to avoid difficulties in this regard.

It was approved the committee’s recommendation to support the proposals of the Ministry of Economy and Foreign Trade, which include working to support obtaining international quality certificates for export, and securing storage and refrigeration units for all products intended for export by granting the necessary facilities for investment in this field.

The proposals also included directing all laboratories to expedite the issuance of the results of the analysis of samples sent to them from goods intended for export, especially agricultural and food, due to their high sensitivity and speed of exposure to damage, and to carry out these procedures before compaction, and to grant soft loans to sorting and packaging centers that meet global requirements in sorting and packaging for products intended for export, in addition to To put in place an appropriate mechanism for inspecting goods so that they do not lead to damage to goods intended for export.

The proposals of the Ministry of Economy and Foreign Trade included continued cooperation and coordination with federations of agricultural, industrial and commercial chambers to expand by holding exhibitions for the direct sale of Syrian agricultural and industrial products in friendly countries and studying the possibility of providing support for these exhibitions in a way that contributes to increasing the volume of exports, as well as the Ministry of Transport completing procedures for securing a transport ship to mitigate The high cost of shipping exported products to the targeted countries, especially the Russian Federation, and the launch of a special program to support Syrian exports (industrial and agricultural) to Russia for a period of 6 months aimed at encouraging exporters, reducing costs and improving the level of economic and trade relations between the two countries.

The Minister of Economy and Foreign Trade, Dr. Samer Al-Khalil, explained in a press statement that communication will be made with the Iraqi side to allow Syrian trucks to enter Iraqi territory again, in addition to forming a committee of ministries (economy and foreign trade - transport - finance) to communicate with the Jordanian side to discuss issues related to the transit fee. .

Minister Al-Khalil confirmed that work is being done to overcome the difficulties that impede implementation and put forward the necessary proposals for treatment in a way that contributes to expanding the horizons of cooperation with friendly countries, achieving the common interest and serving the national economy, indicating that exporting production surpluses from the local market contributes to securing foreign exchange for the import of many basic materials and commodities. continuously and operating production facilities with acceptable production capacities.

The Minister of Economy and Foreign Trade pointed out that many agreements have been signed with a number of friendly countries to activate the barter system for goods and commodities, in a way that contributes to securing the local need for materials and commodities that are not produced locally. Engineer Arnous meets the Board of Directors of the Damascus Chamber of Industry and its countryside.. Overcoming obstacles to improving the reality of the production process

Producers of conserves, dryers and oils are calling for an expansion of the list of locally manufactured products that are allowed to be exported 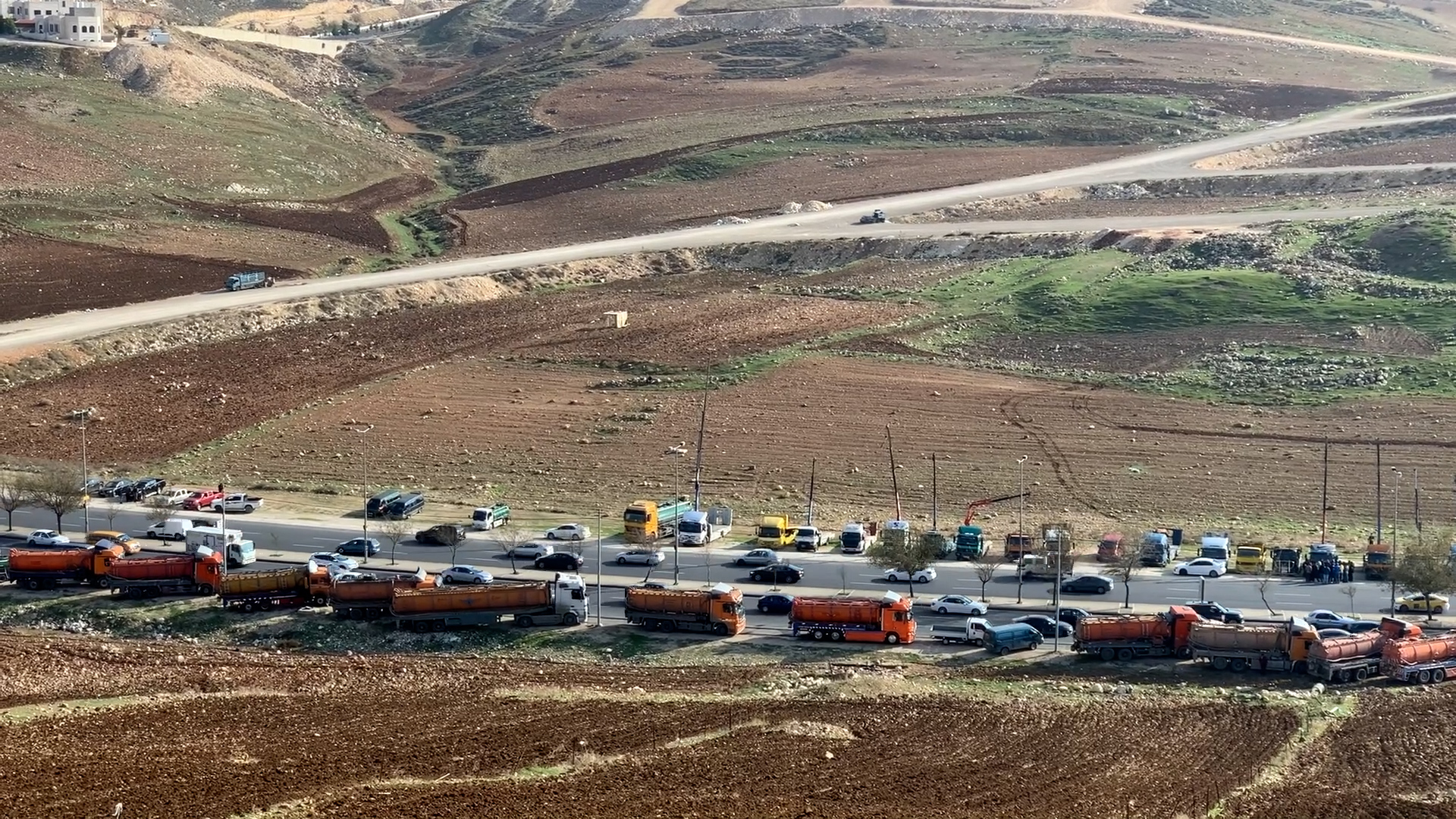 After a package of mitigating decisions.. Are the fuel crisis and the truck strike in Jordan heading toward a solution? The Council of Ministers agrees to grant state workers and retirees a loan of 400,000 pounds without interest

The Council of Ministers: Studying the reality of the productive process and the movement of economic activity and a package of measures to activate the productive economic sector

The Council of Ministers: Securing production requirements in cities and industrial areas, and strictly monitoring markets and transportation fees