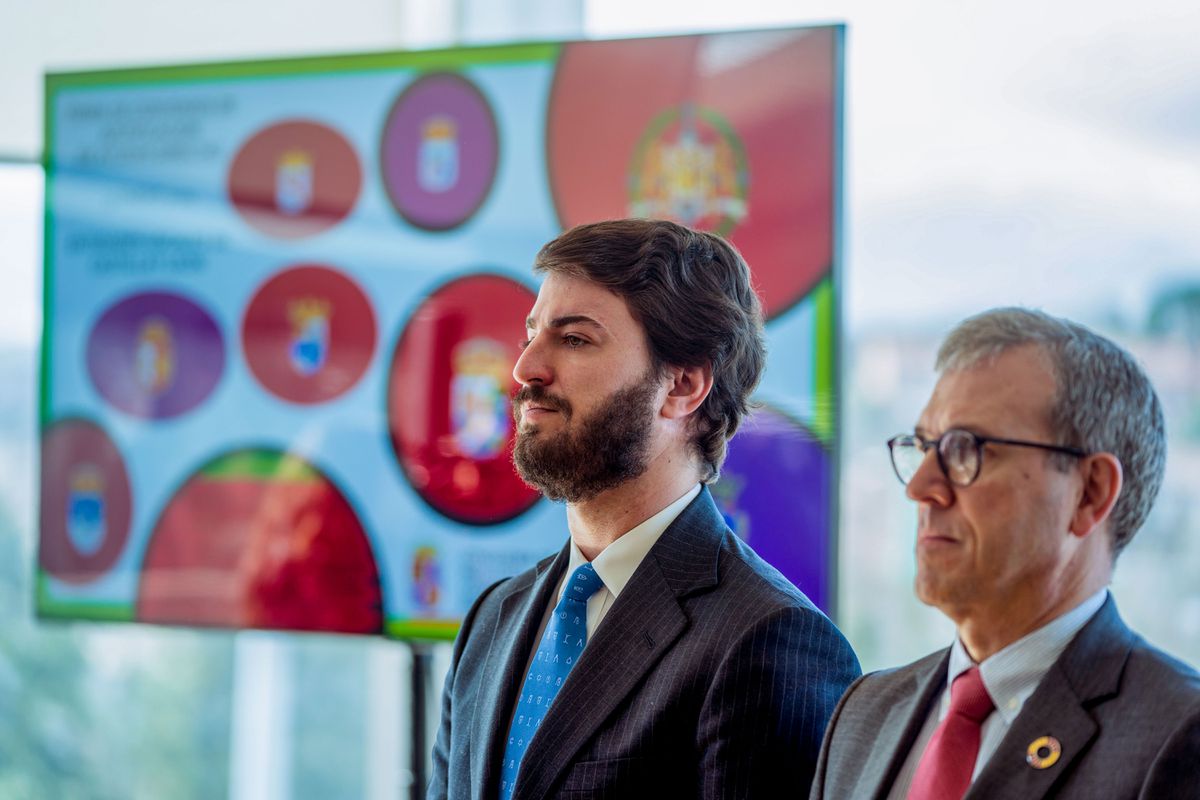 Vox has announced the suppression of the Labor Relations Service of Castilla y León (Serla), in charge of mediating in conflicts in the field of employment, and has provoked a reaction from the Ministry of Labor.

The regional councilor for Industry, Commerce and Employment, Mariano Veganzones, has made this decision due to the "current indebtedness and lack of financing".

However, this cut in public funds responds to the fact that the Budgets of the PP-Vox coalition, which governs the community, have eliminated this support.

The employers and the unions have criticized what happened and have requested the intervention of Labour, whose manager, Yolanda Díaz, has assured that this measure is “very serious”.

Díaz has pointed out that the extreme right "is bothered by labor rights and unions."

The main task of this service, backed by the employer, consists of mediating individual or collective labor disputes to prevent them from being prosecuted.

Without the help of this body, there would be a slowdown in justice, higher expenses and a greater saturation of judicial processes.

The withdrawn budget amounted to almost one million euros per year.

The council has attributed this decision to economic reasons.

Vox has been charging against the unions since it entered the regional government, in April of last year.

In the summer he announced a cut of 20 million euros to the unions, which did not come to pass, but in the end it has translated into less labor support for women victims of sexist violence or budget reductions in risk prevention.

CC OO and UGT have written a letter to the Ministry of Labor condemning that this action could contravene the jurisprudence of the Supreme Court and fail to comply with essential norms of the Constitution and the Workers' Statute.

The minister of the branch, Yolanda Díaz, thus accused Vox when she learned of what had happened: "The extreme right is bothered by democracy, labor rights and the work of unions and employers."

She also awaits a response from the regional president, Alfonso Fernández Mañueco, of the PP,

Spokesmen for the Junta de Castilla y León refer the Minister of Economy and spokesman, Carlos Fernández Carriedo, who at the end of 2022 assured that the service will continue to be carried out with "internal means or it can be outsourced" and promised that it would continue to exist this year, although the unions question it for lack of funds.

Last Thursday he was asked about it again and, as Vox management maintains, he guaranteed compliance with these benefits, although he did not specify how they would be carried out.

The general secretary of the employers' association in the community, David Esteban, attributes the initiative to the political will against Serla: "An agreement between employers' associations and unions to mediate, something that exists in all communities, is not a chiringuito or whim of the unions, as Vox says.”

Esteban affirms that this measure “may cause loss of investment” because the companies would avoid autonomy without the peace and social dialogue that historically championed it: “Where am I going to establish my company if labor relations are being burdened?

Companies are not stupid.

The General Director of Labor of the Board, Fernando de la Parte, insists that "the service is guaranteed if Serla is extinguished", to which he attributes a "high extra cost, user complaints and a deficit of 71,000 euros".

According to the high office

These mediations will be carried out by the "agile and efficient" Administration against the unions, "accustomed to receiving public financing by the shovelfuls."

This argument is criticized by Esteban, who extols the effectiveness of the body because "it shortens time and officials can conciliate but not mediate or attend meetings until very late."

The plans against Serla outrage the unions.

Raúl Santa Eufemia, in charge of union action and Social Dialogue of UGT in the community, explains that the great virtue of this mechanism consists in "lowering the parties to the same degree so that they negotiate the relevant time to resolve conflicts."

The trade unionist appreciates that Serla seeks "extrajudicial solutions to avoid strikes, reduce costs and gain speed" and avoid the courts and the "saturation of justice".

The unions assure that there are 13 mediators who do not know if they will be paid next month and that there are more than 300 cases "pending resolution, if the service is closed they would have to prosecute and saturate the social courts."

Santa Eufemia reproaches that Vox's initiative supposes "departing from the European norm", since there are entities such as the International Labor Organization that claim this mechanism.

“The mediators work well, you enter with your ID between your teeth and the forces drop to the same level,” she adds.

Fernando Frailes, secretary of union action of CC OO, describes this initiative of the extreme right as an "unprecedented measure in the conflict resolution panorama, an aberration that they will do for the brave" and urges the Board to "recover sanity" .

“If it has to be taken to court, we will take it.

We have written to the Government to act forcefully ”, he warns, because “no national or regional government of any color has ever done something like this ”. 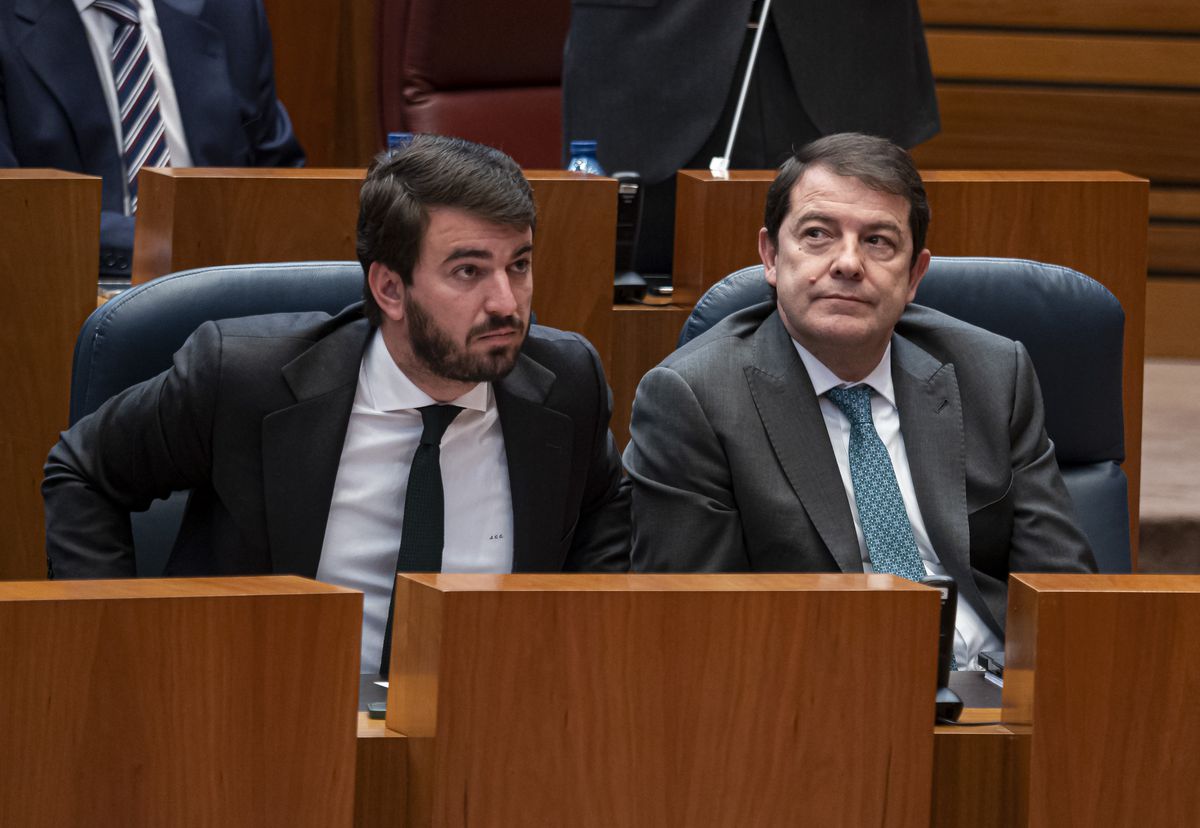 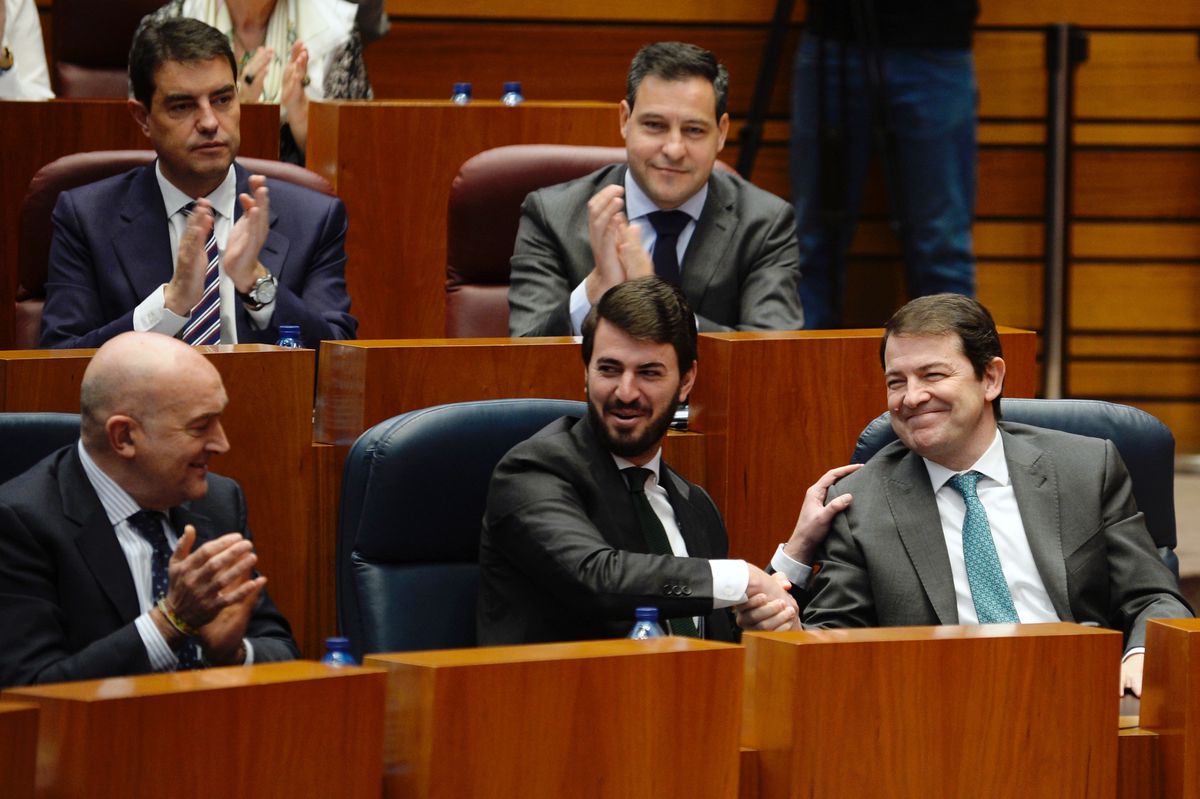 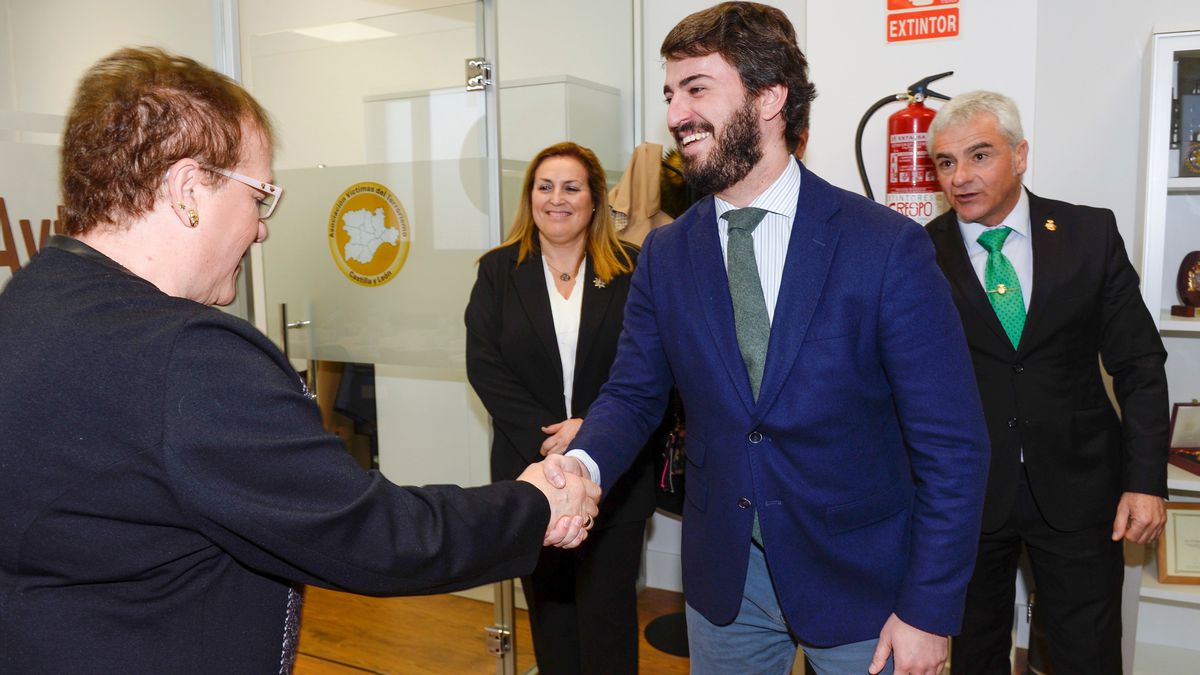 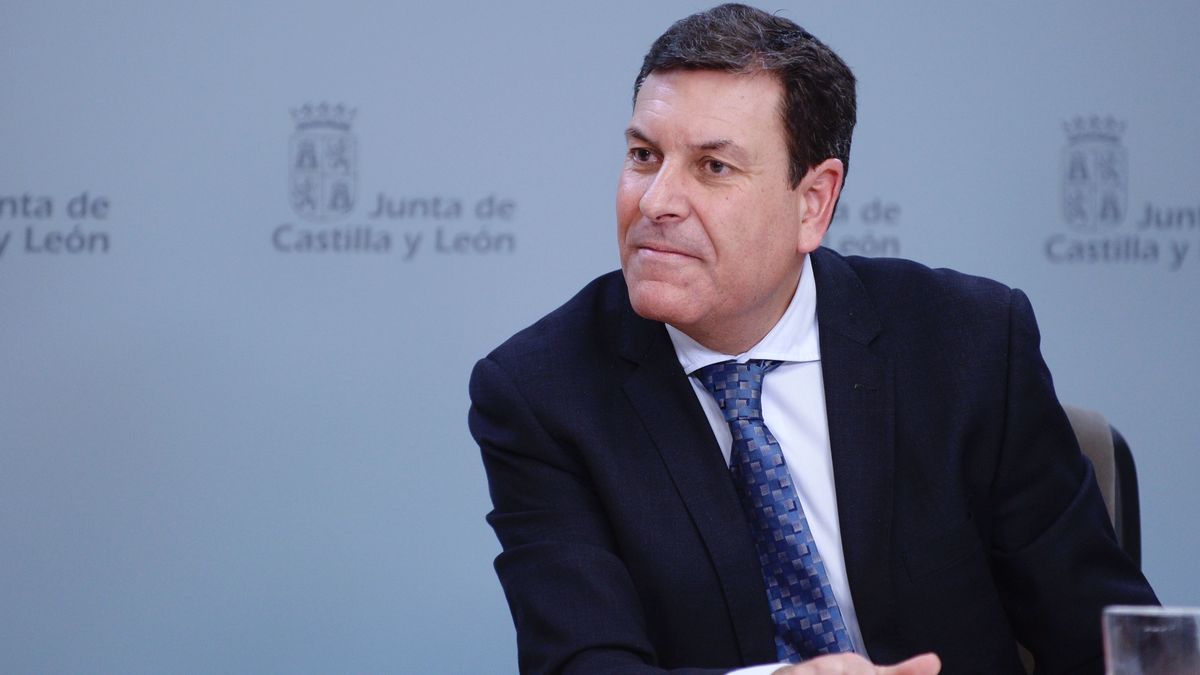 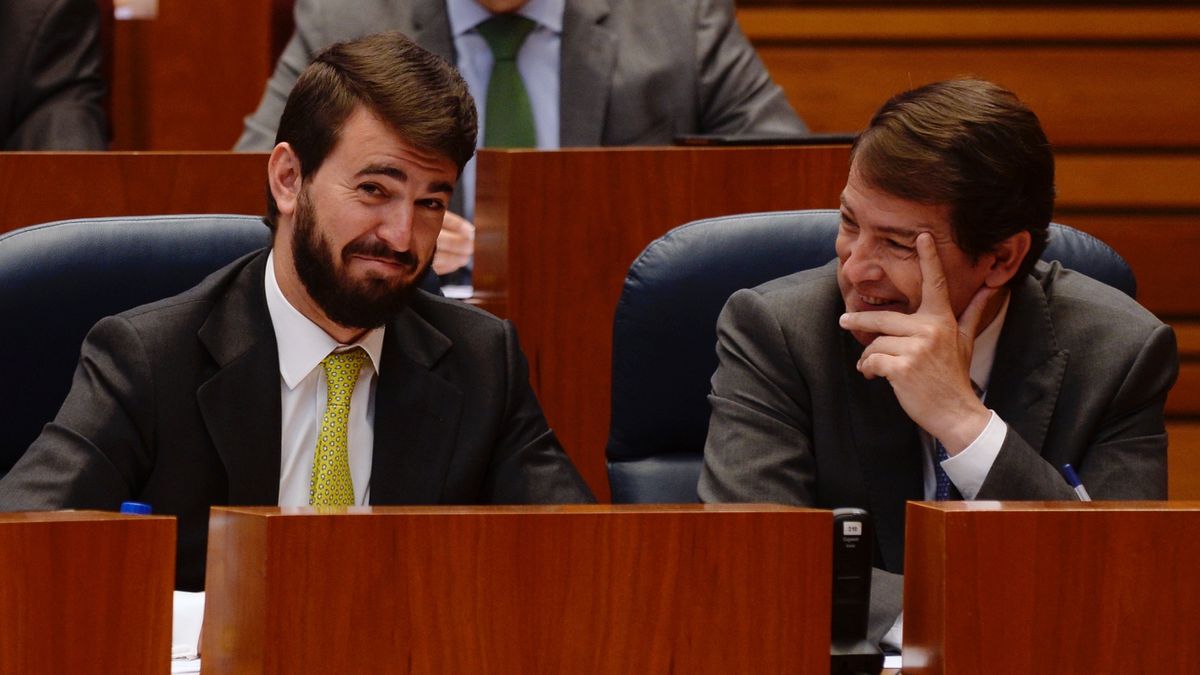 The vice presidency of Vox in Castilla y León spends 1.2 million to pay staff to manage only 112,000 euros Learn about the new procedures and facilities provided by the Modern Irrigation Transformation Project
2023-01-26T12:21:11.605Z